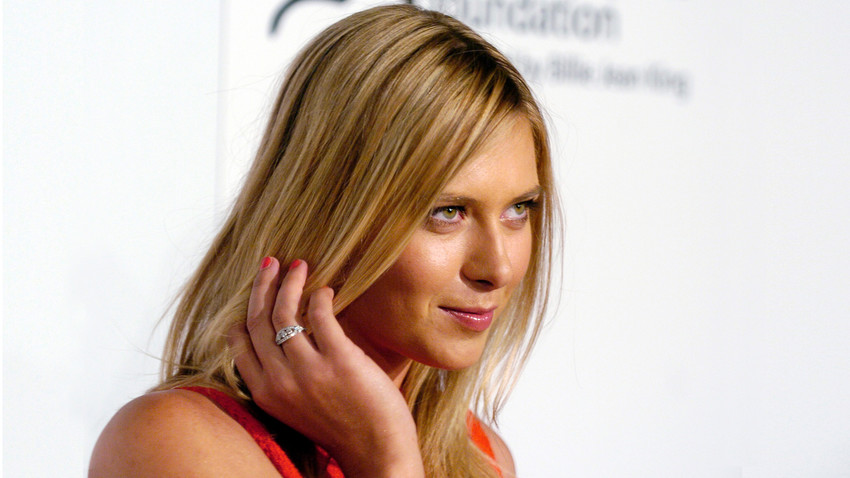 Sharapova’s memoir, in the words of the book review service Kirkus, “is filled with solid insights about on-the-court strategy and off-the-court psychology.”

REUTERS/Chris Pizzello
After more than 15 months of suspension, and with her return to center court at the U.S. Open in New York City, Maria Sharapova powers back with a memoir that is already a bestseller even though it hasn’t even been officially released yet. In the book the tennis star speaks about her boyfriends, father, suspension and ambitions.

A new Russian bestseller appears in bookstores around the world on Sept. 12. While the memoir of one of the most widely admired female athletes might not match Tolstoi or Dostoyevsky in literary finesse, Maria Sharapova’s Unstoppable: My Life So Far is destined to be a huge success judging by the number of pre-orders that have already propelled it to top place on Barnes & Noble’s bestseller list.

“I couldn't believe so many of you already pre-ordered the book last week, and got it to Barnes and Noble’s #1 spot. Thank you so much!!” - Sharapova posted on her Instagram account.

Sharapova’s memoir, in the words of the book review service Kirkus, “is filled with solid insights about on-the-court strategy and off-the-court psychology.”

Indeed, the book’s annotation promises a personal account of defining events that shaped the life of the international tennis superstar, including her migration from Russia to Florida as a teenager, as well as her never-ending rivalry with on-court archenemy, Serena Williams.

Sharapova’s name on the cover is the main draw for readers, but the book is a collaboration between the tennis star and Rich Cohen, an American non-fiction writer who had previously written books on The Rolling Stones, the Chicago Bears football team and many other prominent figures, and who also created, together with Mick Jagger, the HBO series, Vinyl.

Unstoppable: My Life So Far is available for pre-order on Barnes & Noble and Amazon, and sales go into full swing on Sept. 12. But those unable to wait a few more days can have a sneak peek with the book’s first chapter on Amazon.

Read more: Girl power: Is it easy to be a female scientist in Russia?>>>