Girl power: Is it easy to be a female scientist in Russia? 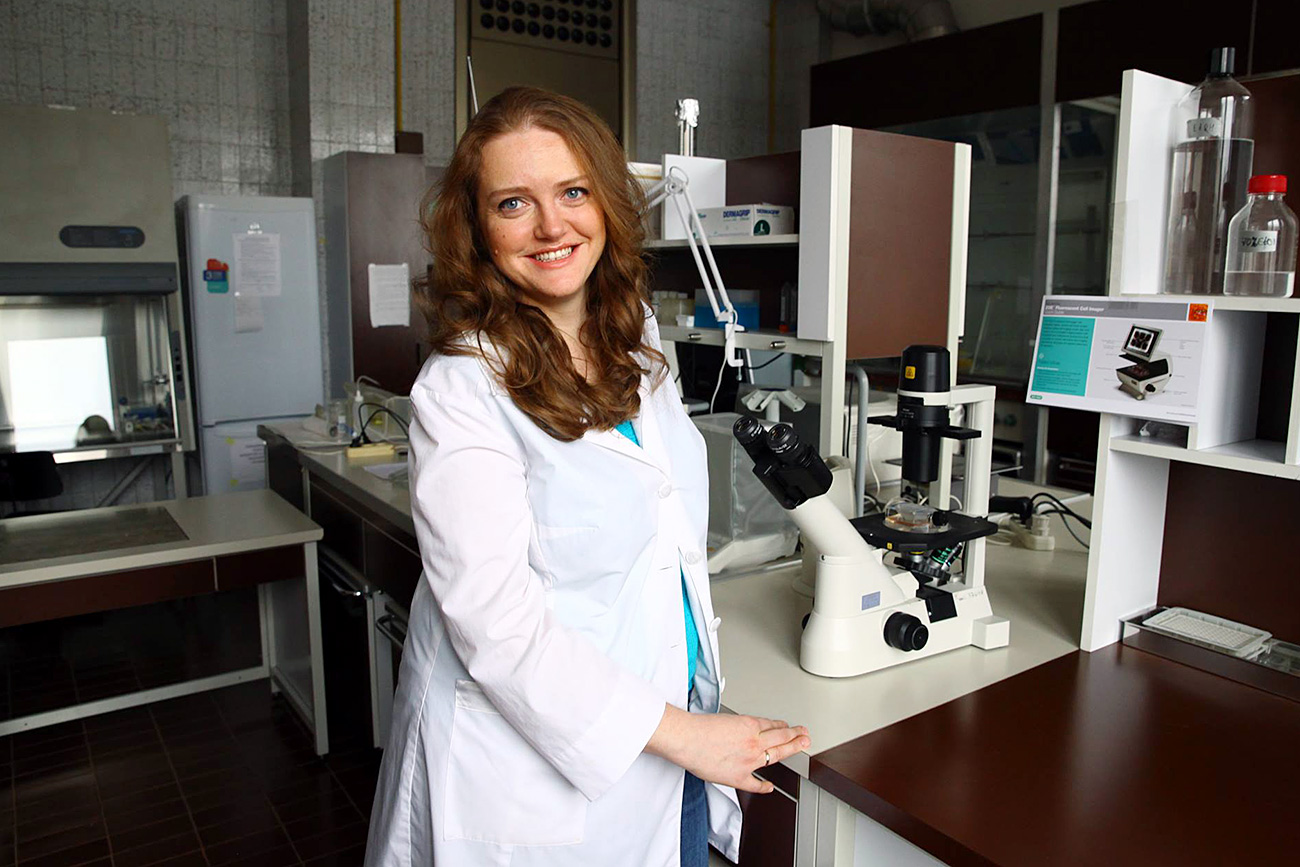 Personal archive
While the global average of women working in science stands at 29 percent of the total number, in Russia that figure is 41 percent. What’s behind these figures? Is it really easy for women to pursue a career in science in Russia?

Maria Logacheva graduated with a degree in biology, and today she studies plant genomics at the Laboratory of Genomic Analysis of Moscow State University. In 2014, she received the L'Oréal-UNESCO award for her research.

"My husband and I work in the same lab," said Logacheva. "It’s great, otherwise there’s a risk of not seeing each other at all: we are both very passionate about our work." 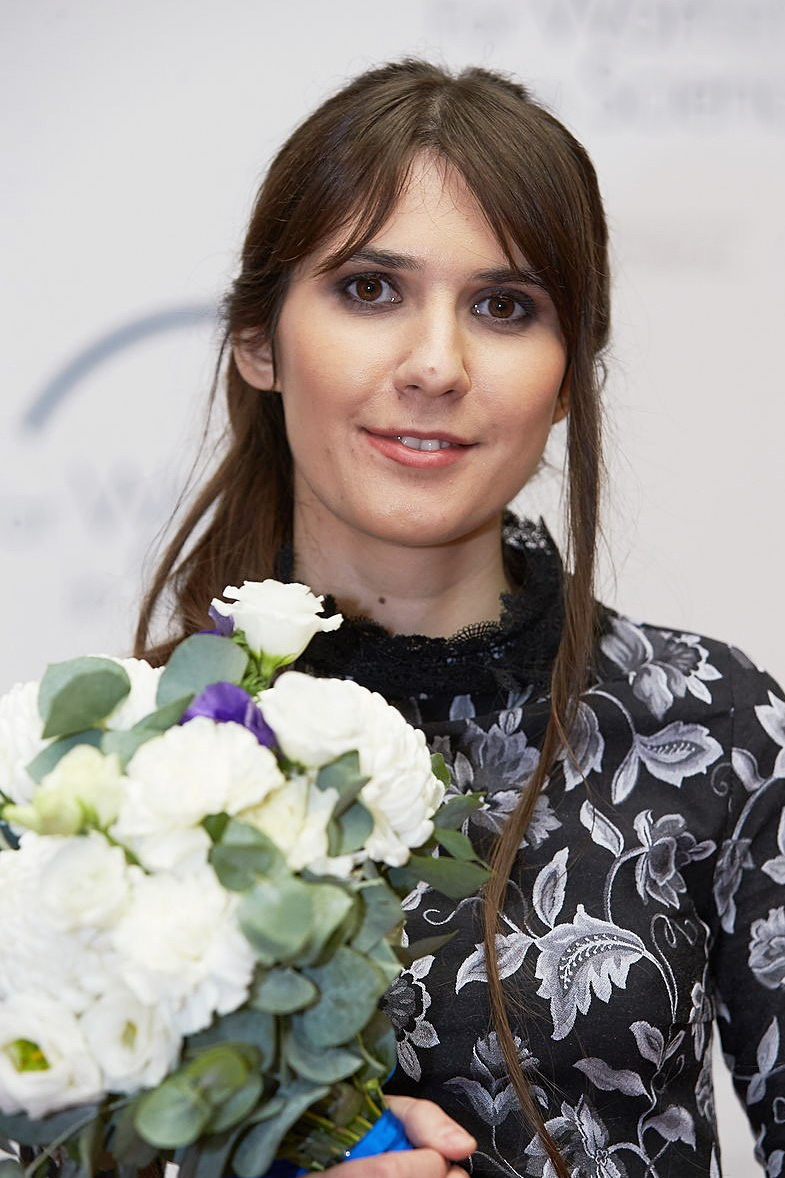 Maria Logacheva: "My husband and I work in the same lab.” Source: L`OREAL - UNESCO

Maria's father is a mathematician, her grandfather is a physicist and her mother is a philologist. As a child, they encouraged her interest in science, but when she decided to pursue a science career, her parents were concerned. They feared she wouldn't be able to provide for herself. For example, the average salary of a female scientist in Russia is 26 percent lower than that of a male scientist, according to the Institute for Statistical Studies and Economics of Knowledge of the National Research University Higher School of Economics.

How to become a princess of chemistry

Many Russian female scientists admit that their choice of career was largely influenced by their parents.

"My father was a chemist," said Ekaterina Lyukmanova, senior researcher at the Shemyakin Institute of Bioorganic Chemistry. "This must have influenced my choice of profession: as a child I always wanted to develop new medicine." 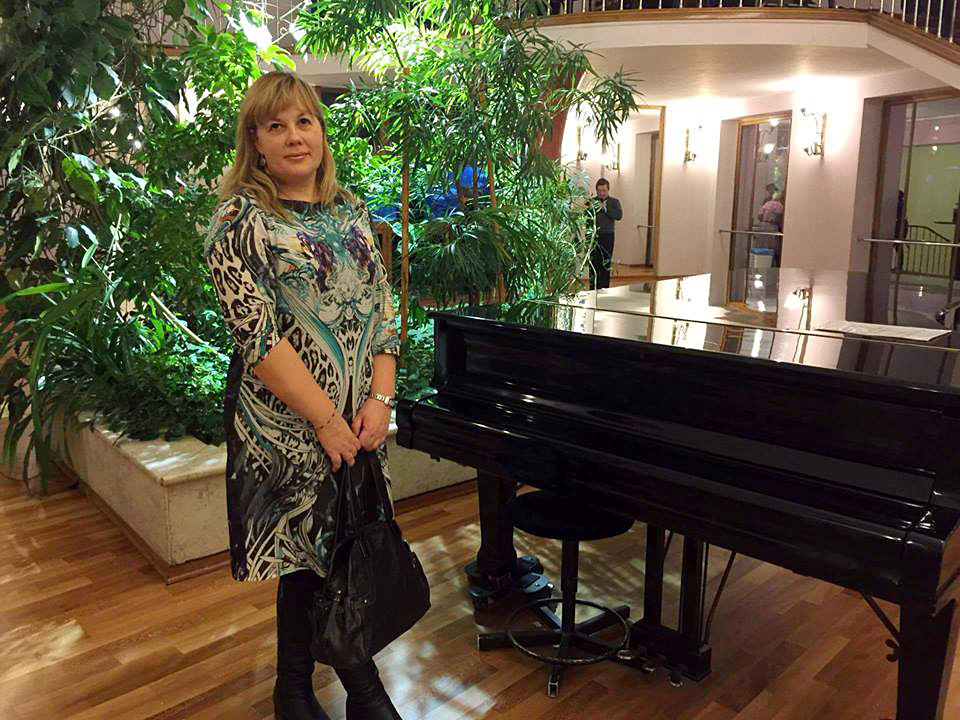 Ekaterina holds four patents, specializing in creating proteins, including those that improve memory and support the development of embryos, as well as those that control the growth of cancer cells.

Cell biophysicist Nadezhda Brazhe still remembers how she used to visit her physicist parents at work because they had no one to leave her with.

"I was sitting in the lab, inhaling the smell of reagents," she remembers. "When my father was writing his Ph.D. thesis, I was diligently copying formulas onto blank sheets of paper."

Today, Nadezhda studies the properties of molecules in tissues and organs. Her research could help prevent heart attacks, cardiovascular disease and diabetes. She’s now planning to write an illustrated book on cell biology for children to encourage interest in biophysics. 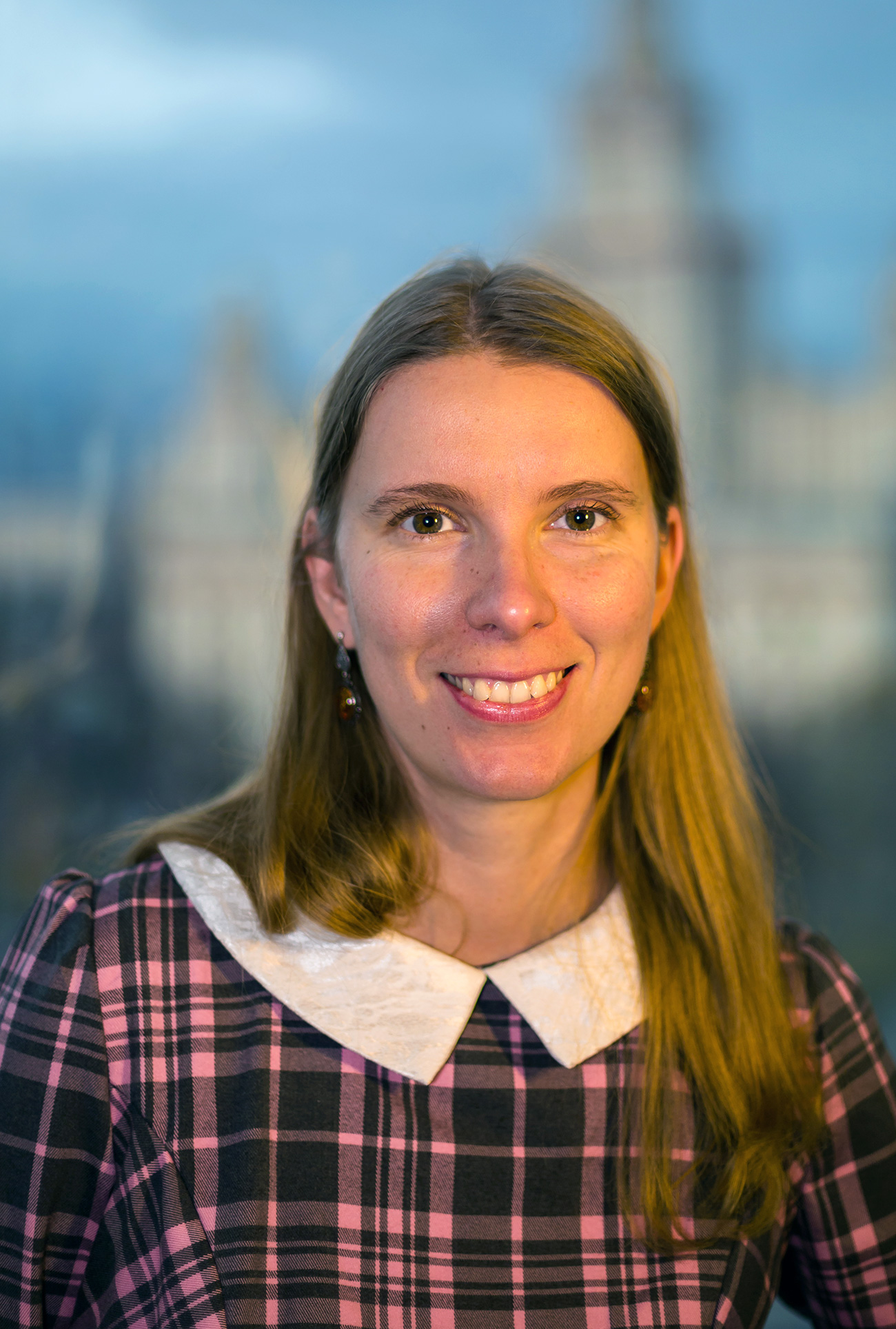 Nadezhda Brazhe: "When my father was writing his Ph.D. thesis, I was diligently copying formulas onto blank sheets of paper." Source: Personal archive

"You need to have great focus and to work out algorithms for everything to do with home life down to the last detail: Every day needs to have its own schedule and logistics, and then you have to stick to them," Lyukmanova said.

Her husband is a doctor of physics and mathematics. The couple not only has common research projects, but also three children. It helps that everything Lyukmanova does is near home, work, school and kindergarten - and with a little help from her husband and grandma. Ekaterina's immediate plans include defending her doctoral thesis.

Elena Petersen is working on the development of 3D cellular models of tissues and organs, as well as methods for assessing the state of synthetic tissues. She has managed to enlist family members into what she’s doing.

"My husband shares my interests and is relaxed about the fact that I can spend several days writing a grant project, and during that time he takes on all childcare duties," Elena said. 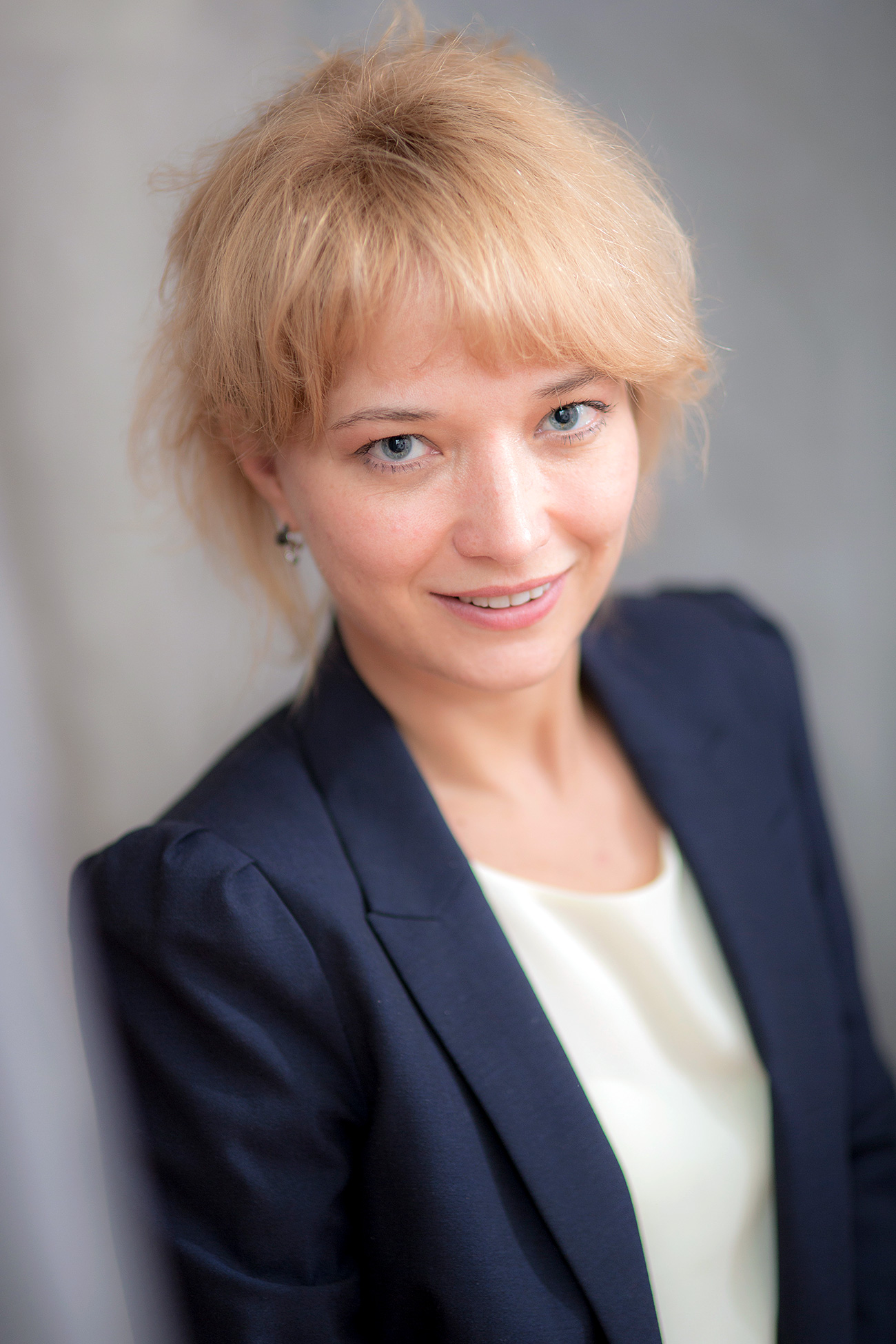 Elena Petersen: "My husband shares my interests and is relaxed about the fact that I can spend several days writing a grant project." Source: Personal archive

Anastasia Naumova, a research scientist at the Laboratory of Computer Design of Materials at the Moscow Institute of Physics and Technology, works on the search for possible co-crystals, which are crystals that simultaneously contain several types of molecules for hydrogen power engineering. She is also researching the stability of nitrogen chemical compounds formed at high temperatures, and often works from home at times that suit her, combining her research work with care for a young child. 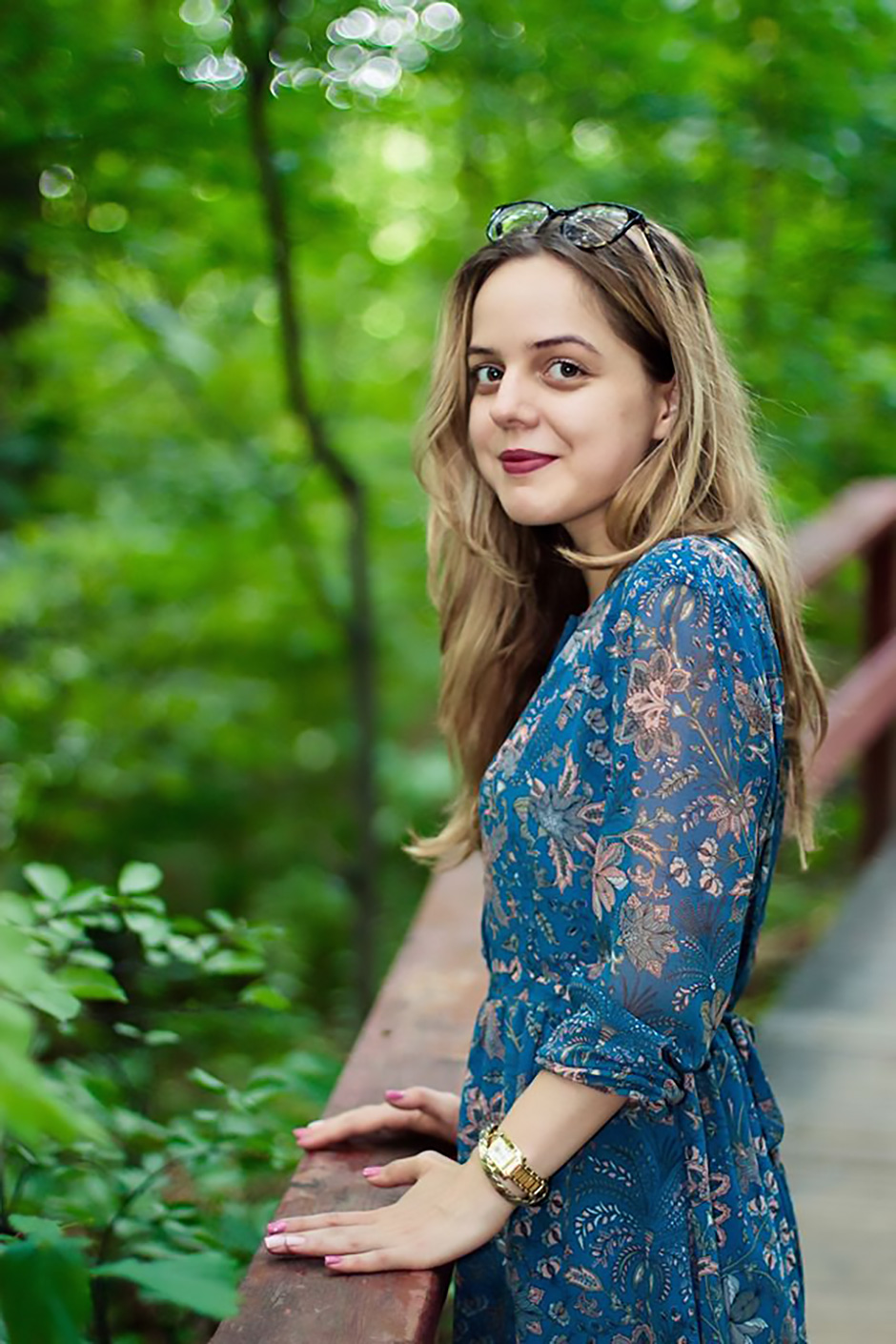 Anastasia Naumova researching the stability of nitrogen chemical compounds formed at high temperatures, and often works from home at times that suit her, combining her research work with care for a young child. Source: Personal archive

The feminization of Russian science?

The trend towards gender equality in science dates back to Soviet times, when the development of science was a national priority. Women scientists are by and large treated as equals by colleagues and managers, although there are exceptions.

"I remember one of our lecturers in my first year speaking with a certain degree of disapproval about the feminization of Russian biology," said Maria Logacheva. "But in general, the number of female and male scientists in the country is pretty much equal."

"In the biology department at Novosibirsk State University when I was a student there were 20 percent more girls than male students," said molecular biologist Irina Alekseyenko. "There were also a lot of girls in mechanics, mathematics and physics." 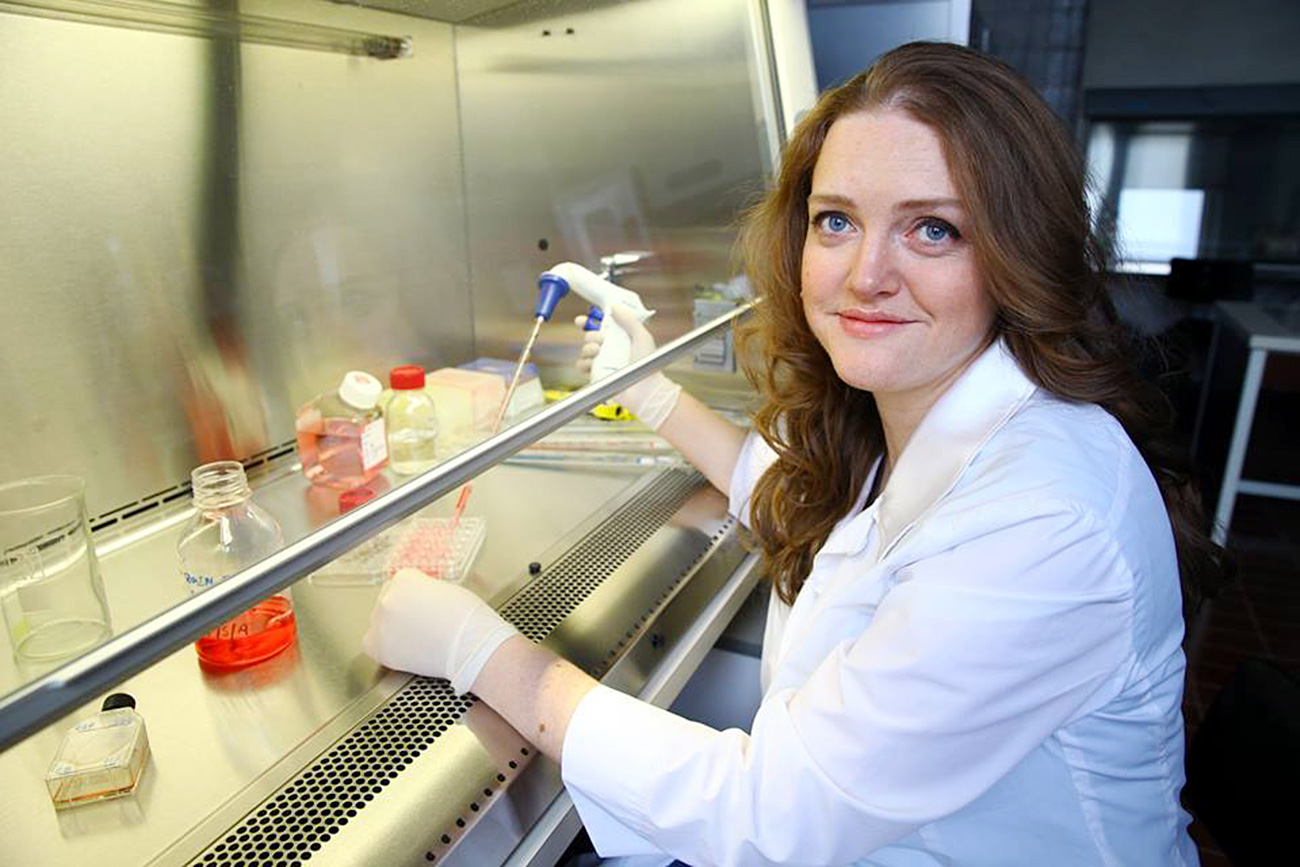 Irina Alekseyenko is now working on the development of compounds to combat cancer, a disease her mother and grandfather died of. Source: Personal archive

Alekseyenko is now working on the development of compounds to combat cancer, a disease her mother and grandfather died of. Two years ago, she founded a company to complete her research and develop a prototype. She’s now looking for investment.

"People at investment funds keep asking me why I haven't gone on maternity leave yet, and whether it's going to happen soon," Alekseyenko said. "I think investors want to see a man in my place at the helm. But I’m not going away for now."