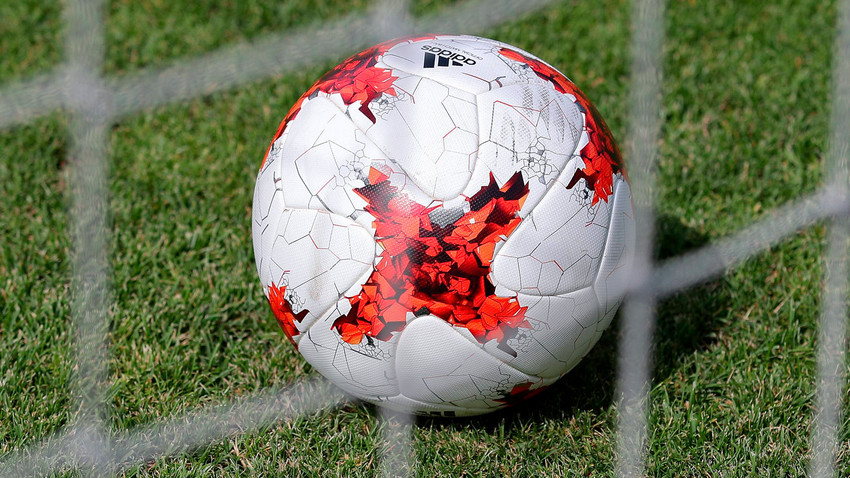 Unlike the Adidas Krasava ball (on the photo), used at the Confederation Cup 2017, the designers chose to revert back to the classic black and white, avoiding bright colors.

The new Adidas ball is white with black and grey panels, designed especially for next summer’s World Cup in Russia - its look is completely different to the ball used in the Confederations Cup. Variety is the spice of life.

It’s called the Telstar 18, following on from Adidas’ original Tesltar ball first introduced at the 1968 European Championships. The new football is comprised of six panel, instead of the iconic 32 black and white panels of the original version. Let’s hope we don’t see a repeat of the 2010 World Cup in Africa when the Jubulani football was widely slammed for its poor aerodynamics. Apparently it was too light, but we’ve all used that excuse when skying a shot...

The Telstar 18 is emblazoned with the FIFA 2018 World Cup logo and its name. Unlike the Adidas Krasava ball, used at the Confederation Cup 2017, the designers chose to revert back to the classic black and white, avoiding bright colors. Old Skool!

The ball’s official presentation is scheduled for November 2017 but it’s not yet certain if the leaked pictures are indeed the final design. Read our detailed guide for fans traveling to Russia’s World Cup here.