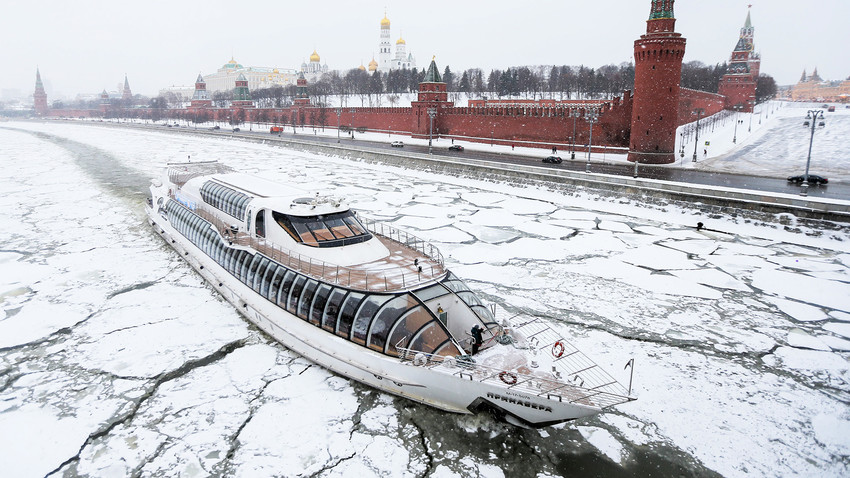 Sergei Savostyanov/TASS
Winter boat trips on the Moskva River will soon be open.

As of Nov.9, tourists and locals will be able to jump aboard a boat and enjoy Moscow’s aquatic stretch during the winter season, the website of the city’s mayor reports.

"At 11.00 am, ice-class ships with reinforced hulls will leave from the Hotel Ukraina pier on the Tarasa Shevchenko Embankment. Thanks to their special design, they are able to sail through the river, which is now covered in thin ice, and even cut through this ice up to a thickness of 20 cm," reported the website.When the river's frozen crust exceeds 20 cm, boats will sail with icebreakers or on a pre-broken track. According to the portal, ten such passenger ships will be operating on the Moskva River between November and April."We expect that by the end of 2017, our capital will be visited by 21 million tourists," said the head of the Moscow Department of Sports and Tourism Nikolay Gulyaev. "Year-round navigation on the Moskva River is another opportunity for residents and tourists to see the city’s main sights from a different angle, at any time of year."In winter, the boats will depart from two piers - Hotel Ukraina and Gorky Park. During each two and half-hour trip, passengers will see Luzhniki Stadium, the monument to Peter the Great, St. Basil's Cathedral, the Kremlin, and the new Zaryadye Park.