A ride to forget: Theme park roller coaster ‘breaks down’ 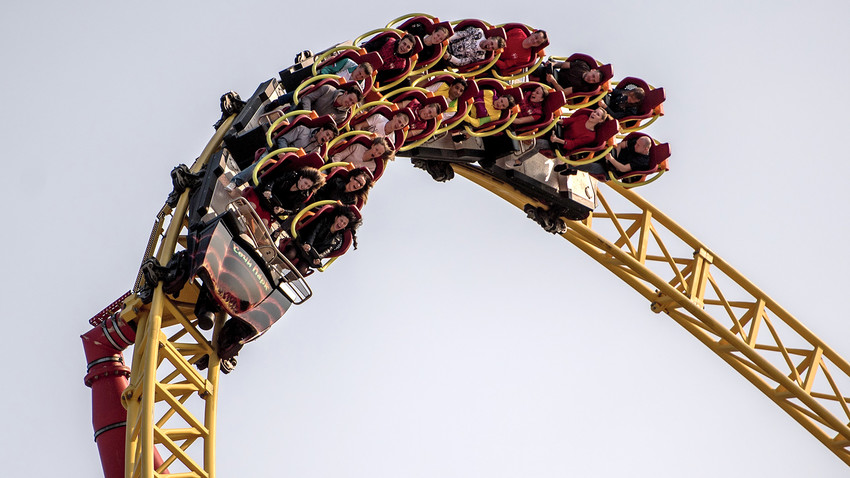 Evgenya Novozhenina/RIA Novosti
People stuck, although official says it was intentionally turned off due to bad weather.

On Nov. 12, people riding on an extreme roller coaster in a Sochi theme park were left suspended in mid-air when the attraction suddenly ground to to a halt.

An eyewitness who filmed the incident said: “I’m shocked, the ride stopped behind me. It’s broken and doesn’t work. People are sitting on the carousel.”

It’s unknown how long people were stuck on the roller coaster. However, a park official said the ride did not break, but was turned off intentionally due to strong winds.