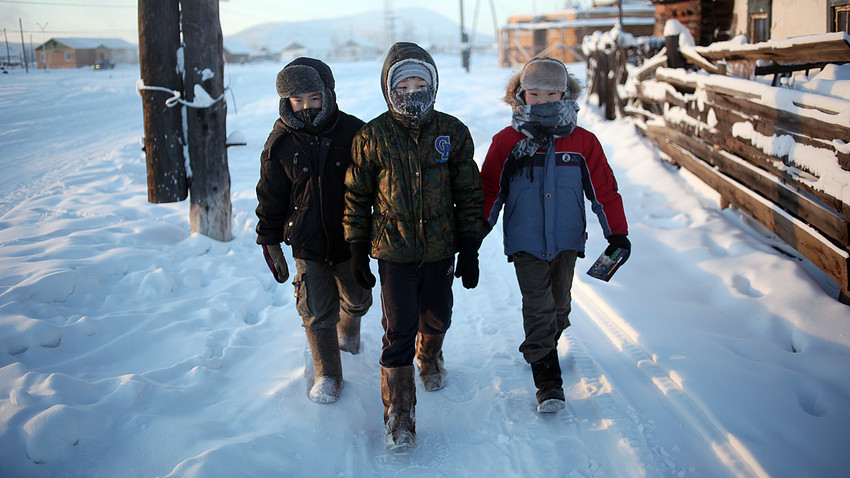 Oymyakon is the coldest permanently inhabited settlement in the world

Getty Images
Kids in the Siberian village of Oymyakon study despite bone-shattering cold.

Some schools in the West close when it’s too chilly, so spare a thought for the kids who live in the Russian village of Oymyakon in Yakutia, Siberia.

It’s the coldest permanently inhabited settlement in the world and children attend classes even when the mercury drops below -50°C (average for January), like it did on Nov.23.

According to local news site Ykt.ru, even this isn’t fresh enough to halt lessons. The lowest temperature ever recorded in the village was -71°C!

About 500 people live in the area, known as one of the “Poles of Cold.” Schools are only closed when it’s -52°C outside, local authorities said.

In the regional capital, Yakutsk, classes are canceled at -50°C. So next time you’re forced to go to school in the wind, rain, or snow you better not complain!