Bring vodka to your bride's house... and other wedding traditions in Russia

Lifestyle
Eleonora Goldman
In Russia social rites and life milestones are often observed with centuries-old traditions. Russia Beyond takes a look at how various nations in the country celebrate weddings. 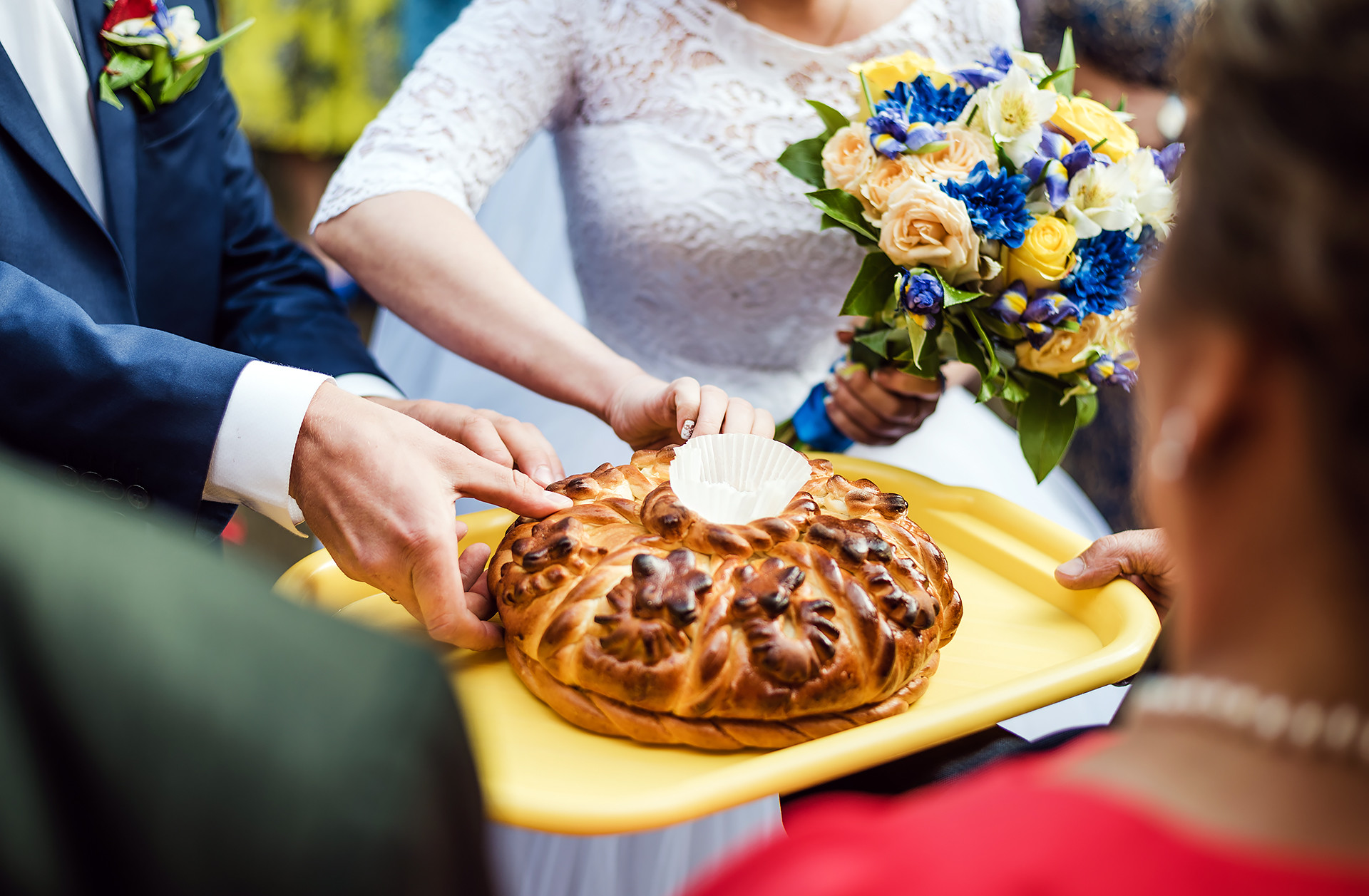 Today, Russians rarely follow the full scope of ancient Slavic traditions. Instead, they do it more as show and entertainment for guests. One of the most important traditional rituals is presenting a big loaf of bread with salt, which takes place when relatives welcome a newly married couple. First of all, it’s a symbol of prosperity and hospitality. The husband and wife tear off and bite a piece of the bread, and whoever bites the larger piece is seen as the one who takes charge in the marriage.

Another quaint tradition in any Russian wedding is when the guests shout, gorko, (bitter). The bride and groom must kiss during the shouting, and guests count out loud how long they kiss (the more, the better for the marriage).

Chechen: guns but no roses 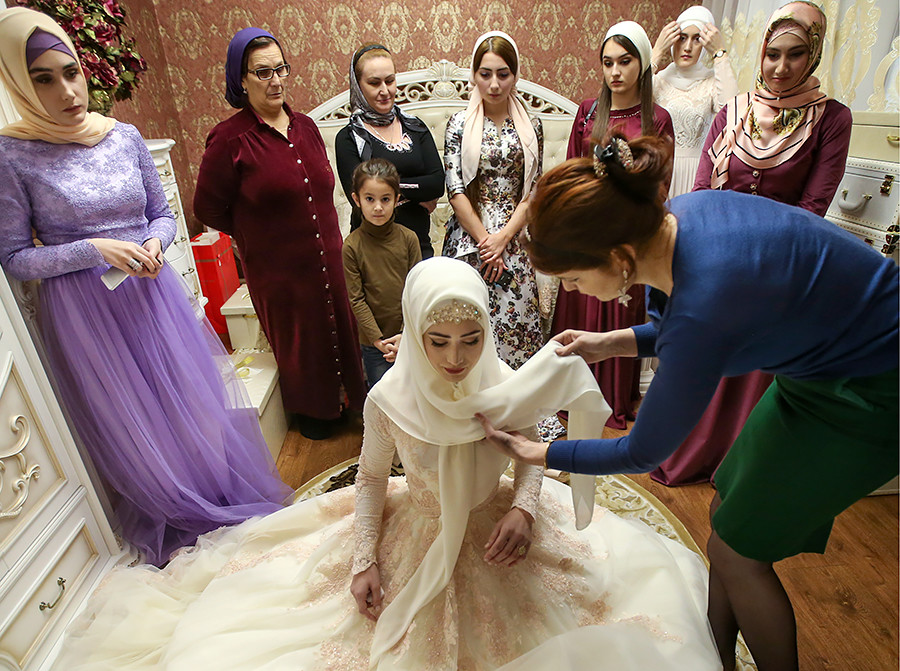 Chechen wedding traditions tend to have a bad rap in the Russian and international media for being strict and conservative. One of the most popular contemporary traditions in the Muslim republic is organizing a car cortege. Each guest arrives in a car, forming a long line, which is even more common for small villages. Chechens like to show their wealth, and the wedding’s size is a portent of the couple’s future well-being.

Guns can also be a part of the celebration, and occasionally things get out of hand. Last year, a cortege of Chechen cars celebrating a wedding had a display of traditional gun shooting in downtown Moscow, which caused much controversy. This wedding fervor in Russia’s capital was even criticized by Chechen leader Ramzan Kadyrov.

In general, on the day of the wedding a bride remains apart from the dancing and fun because she is supposed to show modesty and sorrow for leaving her parents’ house. Also, it’s obligatory that she keeps silent. Closer to the end of the party the groom’s relatives test the bride’s personality by asking her questions, or asking to bring them water. Usually, she only speaks or gives water if relatives place money on a special tray. The bride then takes the money gathered and gives it to her mother-in-law.

Dagestani: two days, and over a thousand guests 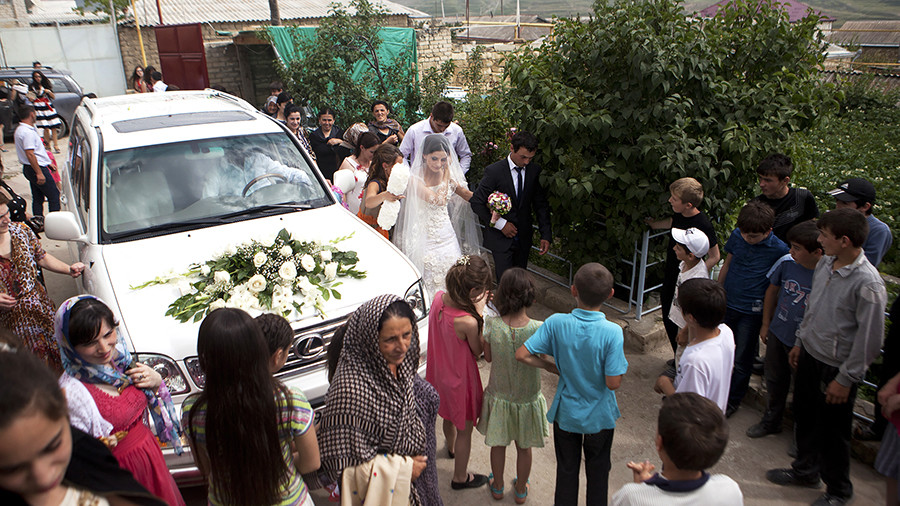 In the North Caucasus region you’ll find plenty of similar rituals, but each nation always has something special. One of the most important and oldest traditions is preparing for the wedding, especially matchmaking. The oldest members of the groom’s family pay a visit to the bride’s house and negotiate with her parents about the possible marriage. Today, most young Muslims in Russia marry for love, and they are not banned from meeting or communicating via the Internet before marriage. However, in conservative villages fathers still decide who marries whom.

Dagestani weddings are usually very large, and celebrated at least twice – first, in the bride’s house where the women gather and the groom comes with expensive presents. The second time is in the groom’s house. As in Chechnya, there are many guests, sometimes up to 1,500 people. 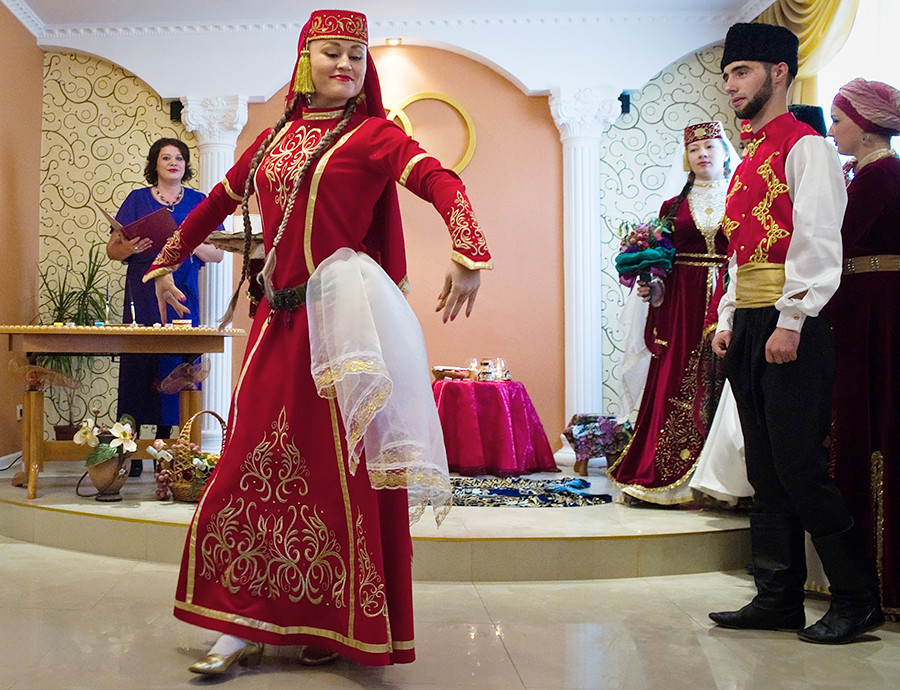 The tradition of “buying” the bride is common in Russia, but today it’s mostly a fun tradition. The groom, his best men and relatives usually give the bride’s parents money so that they let her go. In Tatarstan, however, this redemption is rather serious, and a groom’s family should give a sizable kalym, or dowry, for his future wife.

Another interesting tradition is the “wedding bed,” with guests visiting the sacred place where the first night happens. They touch the bed and put coins on a special plate. The older women teach the bride how to welcome her future husband, and to earn the right of ‘first night' the groom must complete special tasks to prove he’s strong and smart enough.

Almost all post-Soviet republics have embraced the Georgian wedding tradition of the tamada (toastmaster). In Tatarstan he’s often the most cheerful and chatty guest, but it’s also common to hire a professional host. 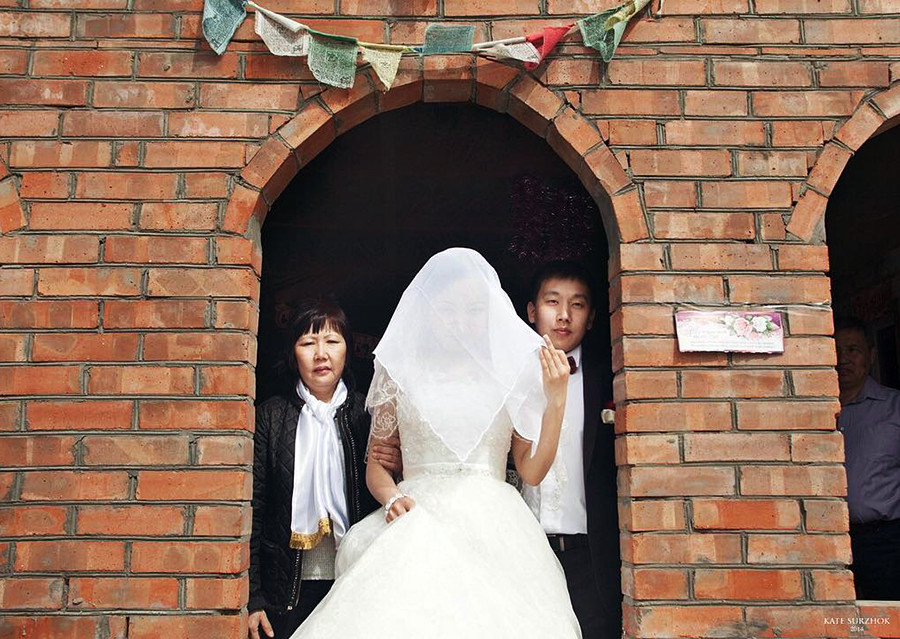 Today, weddings in the Buddhist republic of Kalmykia retain only a few ancient traditions. In bygone eras, matchmaking was held three times, but today there’s only one visit by the groom’s parents to a bride’s family. The most important thing – they should come “not with empty hands;” they must bring gifts: cookies, lamb meat, nuts, and traditional baked goods.

On the wedding day, a groom, his parents and friends visit the bride’s house, and take her and her relatives to the place where the main celebration will be held, which usually is the groom’s house or in a restaurant. The groom and his friends should bring lots of gifts and vodka (the amount is negotiated during matchmaking).

When the bride leaves her parents’ house, she should pray, and a shawl is laid on her head. A bride should keep this shawl and not give it to anyone, and never let anyone touch it. The shawl tradition is still quite popular.

Kalmyks usually pay attention to the sun’s movement when they travel from house to house, and even when taking a seat at the feast table. It’s rather rare now, but some families still adhere to the ancient tradition of a lamb sacrifice.