In which aspects of everyday life does Russia outclass the U.S.? 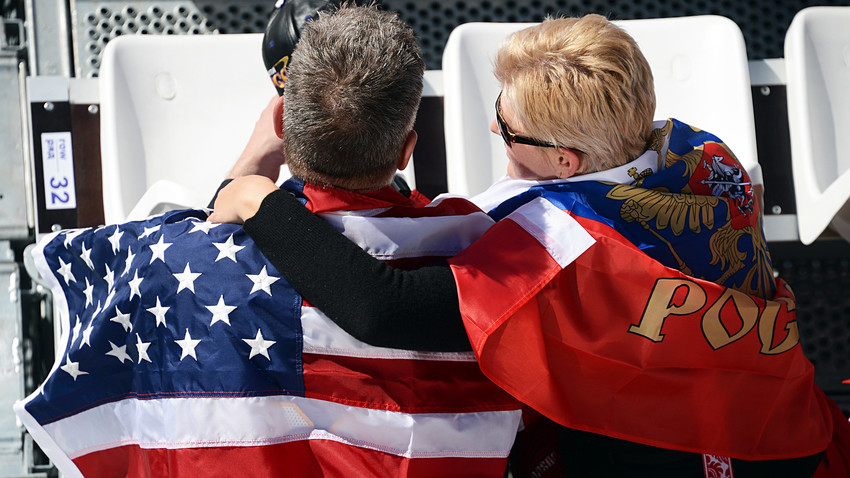 In many terms Russia and the U.S. are similar. Nevertheless, many things differ, including in everyday life - and in certain spheres of life, Russia turns out to be better

AFP
Two powerful countries with different views and approaches to many issues, Russia and the U.S. have always been compared to each other. Putting politics aside, Russia Beyond analyzes Reddit and Quora.com posts about the advantages of everyday Russian life compared to American and gives a brief outline.

Over the last couple of years, Russia has definitely been attracting Westerners’ attention and not only in terms of hacking rumors and every other scandal under the Sun. The way ordinary Russians live and cope with their problems is also interesting, especially in comparison to the West, the U.S. in particular.

On Jan. 15, 2017 a user going by the alias ajl1239 posted a question on Reddit: “As a so-called ‘Westerner,’ I'd like to know what are some things that you absolutely think Russia does better than the West (i.e. U.S./EU)?” Six months ago almost the same question appeared on Quora.com:  “In what ways is Russia better than the United States?”

We’ve studied the most popular answers, compared them with what we see in Russia, provided information from some other sources – and made a list of what Russia excels at. Here we go. 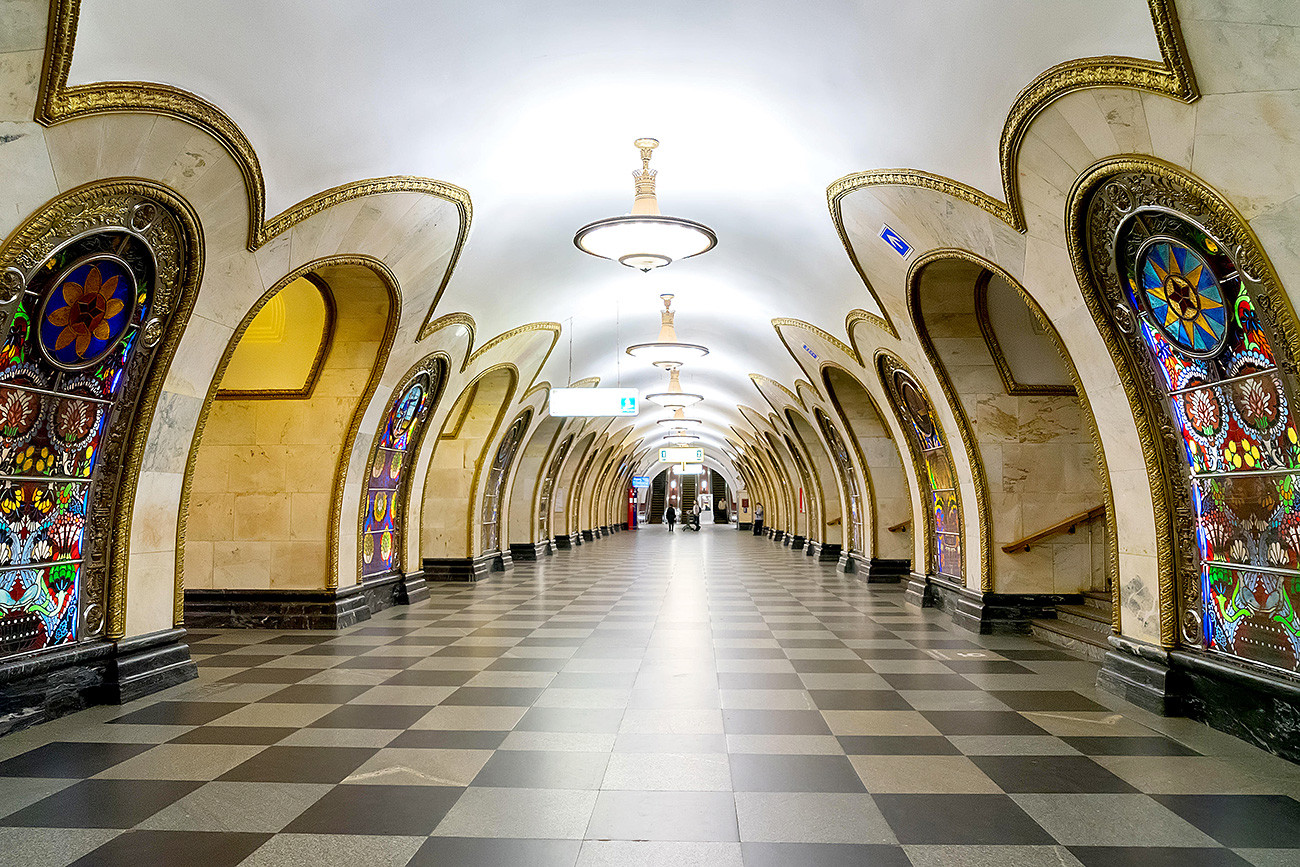 Novoslobodskaya metro station (Moscow). With all due respect, have you seen such beauty in New York?

“Nearly every metro station in Russia is beautiful, not comparable to underground stations in the West,” Mistogun7 wrote in answer to the question on Reddit. This may be a slight exaggeration: After all, not every city in Russia enjoys its own subway system, let alone as developed and beautiful as the one in Moscow.

Nevertheless, when people compare Russian metros even to the biggest and most developed in the U.S. (New York) they seem to criticize the latter.  “I rode Moscow’s metro for a day, and it blew New York’s subway away,” Dylan Love wrote on the Insider website, deeply impressed by the speed of the trains, cost of travel, and all-around beauty (marble floors, stations looking like palaces, etc.). 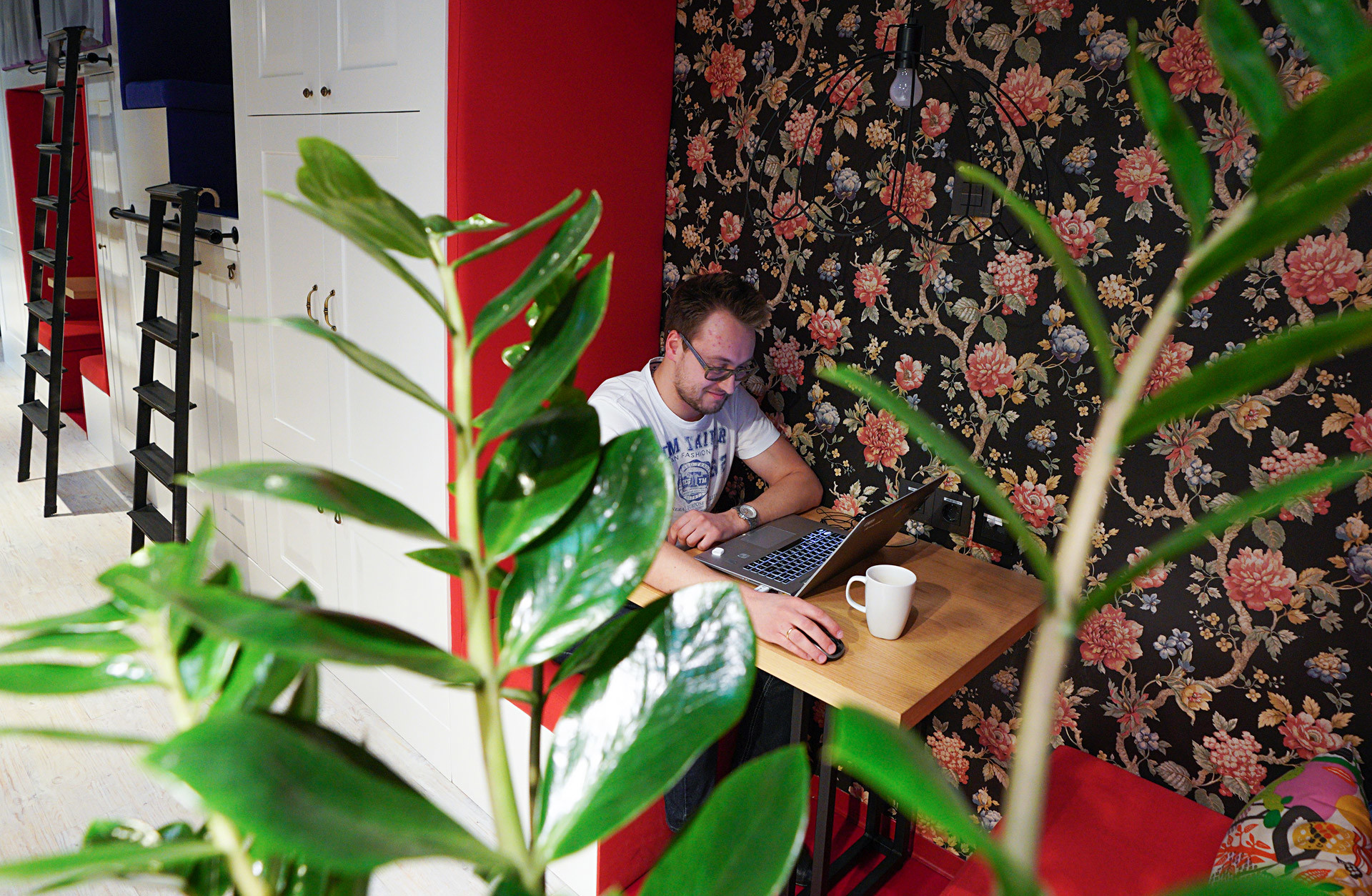 Internet in Russia is more expensive than in Europe but cheaper than in the U.S.

As Peter , a Russian expat who has lived in Seattle for several years, mentioned on Quora, “In it’s not uncommon to have 3-4 providers to choose,” which makes Internet far more affordable. Seems about true – in you can get a 100 megabits per second (Mbps) connection for 449 rubles ($7.9) while in America the price for the same speed is around $89.

At the same time, Alexander Novikov, a Lithuanian, commented on the question that Europe beats both Russia and the U.S. in terms of cheapness/speed correlation. “Down here in Lithuania, symmetric 500/500 Mbit fiber is 20 euro a month”, he said. But when Russia is only compared to the U.S., Russia wins. 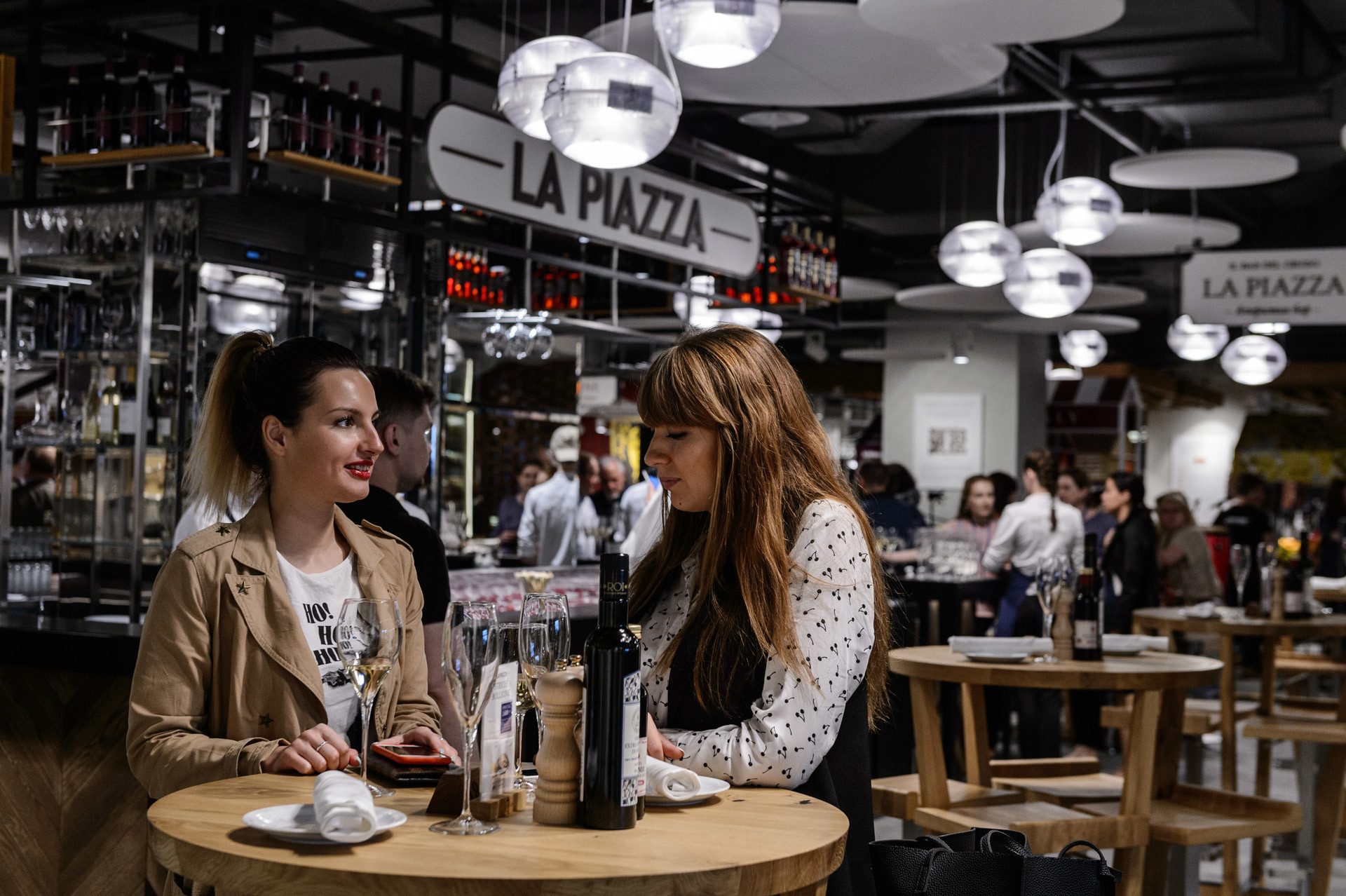 Wanna hear the unpleasant truth about yourself and the world around? Come to Russia and talk to almost anyone.

This one doesn’t concern infrastructure or technology but communication. Reddit user described it briefly and comprehensively: “No bullshit,” and many others supported him. According to them, Russians nowadays are far more sincere than Westerners, who are constantly “afraid to offend anyone” and “don’t say what needs to be said.” Apparently, Russians have no problem speaking their mind.

Sometimes they even found it disquieting. While Americans complain about being too politically correct, some Russians wish their countrymen were nicer. For instance, Andrey Gunin, a Russian who visited the U.S., wrote: “I know that many of those who’ve been to the U.S. say that affability is non-sincere (and I don’t argue). But when it comes to me, I would choose even non-sincere friendliness over sincere boorishness that we, unfortunately, often face in our country.” 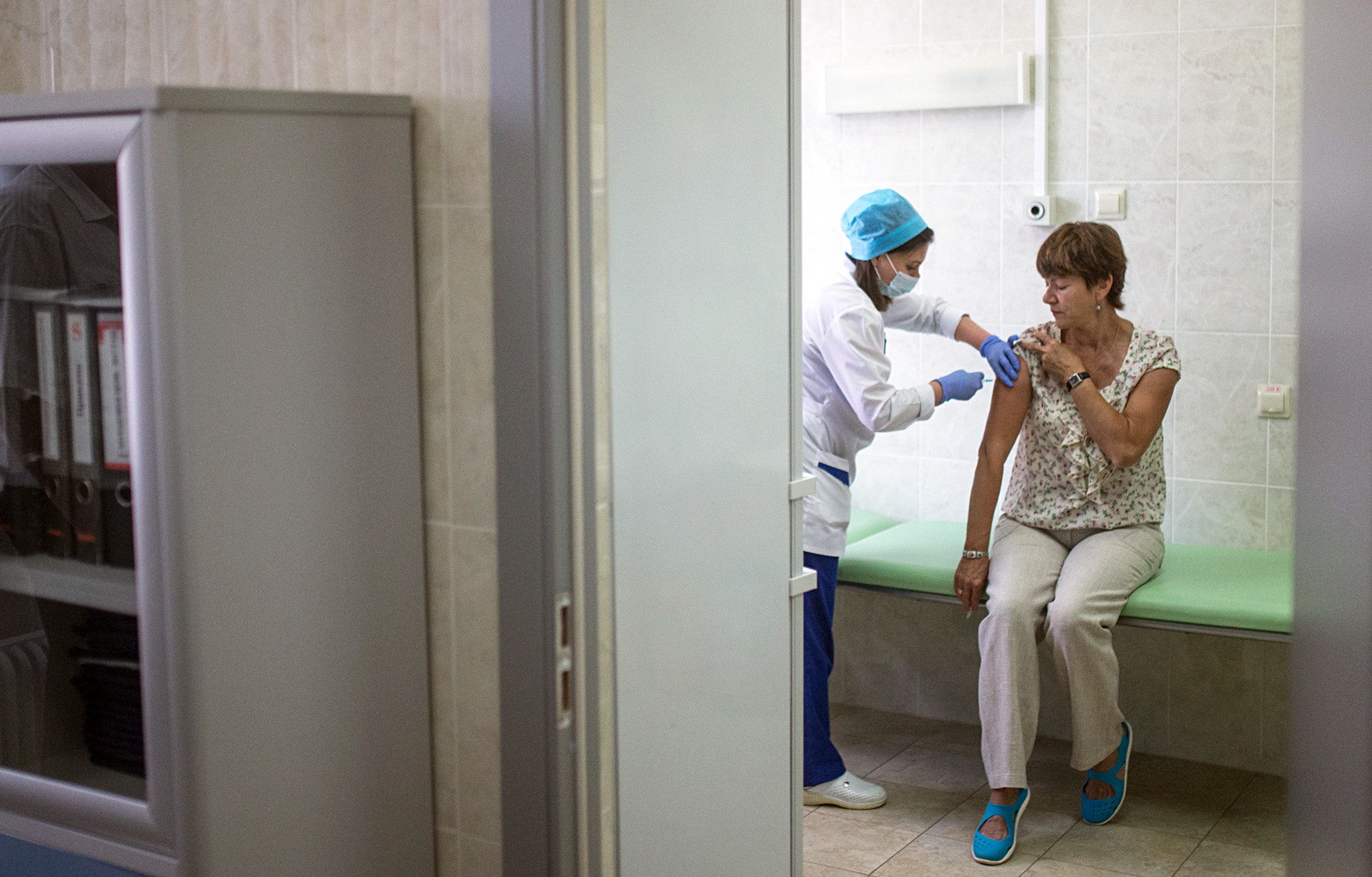 A patient gets a vaccination at Moscow public outpatient clinic. The medical care in Russia is far from ideal but it remains free by now.

It’s debatable which country provides better medical care but in it’s surely cheaper. Though more private clinics exist nowadays, the Soviet heritage remains: If you have an insurance policy you get treated for free.

This seems to impress Americans, with Greg Easter (an expat living in Russia) writing: “You get free medical and dental care. If you have a small child who is sick, a doctor will make a house call the same day at no charge to you.”

Healthcare in Russia is not all rainbows and ponies though. It may be free but it’s not very available. The number of hospitals in Russia reduced by half from 2000 to 2015 – the government is closing small hospitals in the regions in a bid to improve efficiency. According to research conducted by the Accounts Chamber in 2015, the availability of services is decreasing. So if you’re living in a small town or village in Russia’s province, getting treated can be a problem. 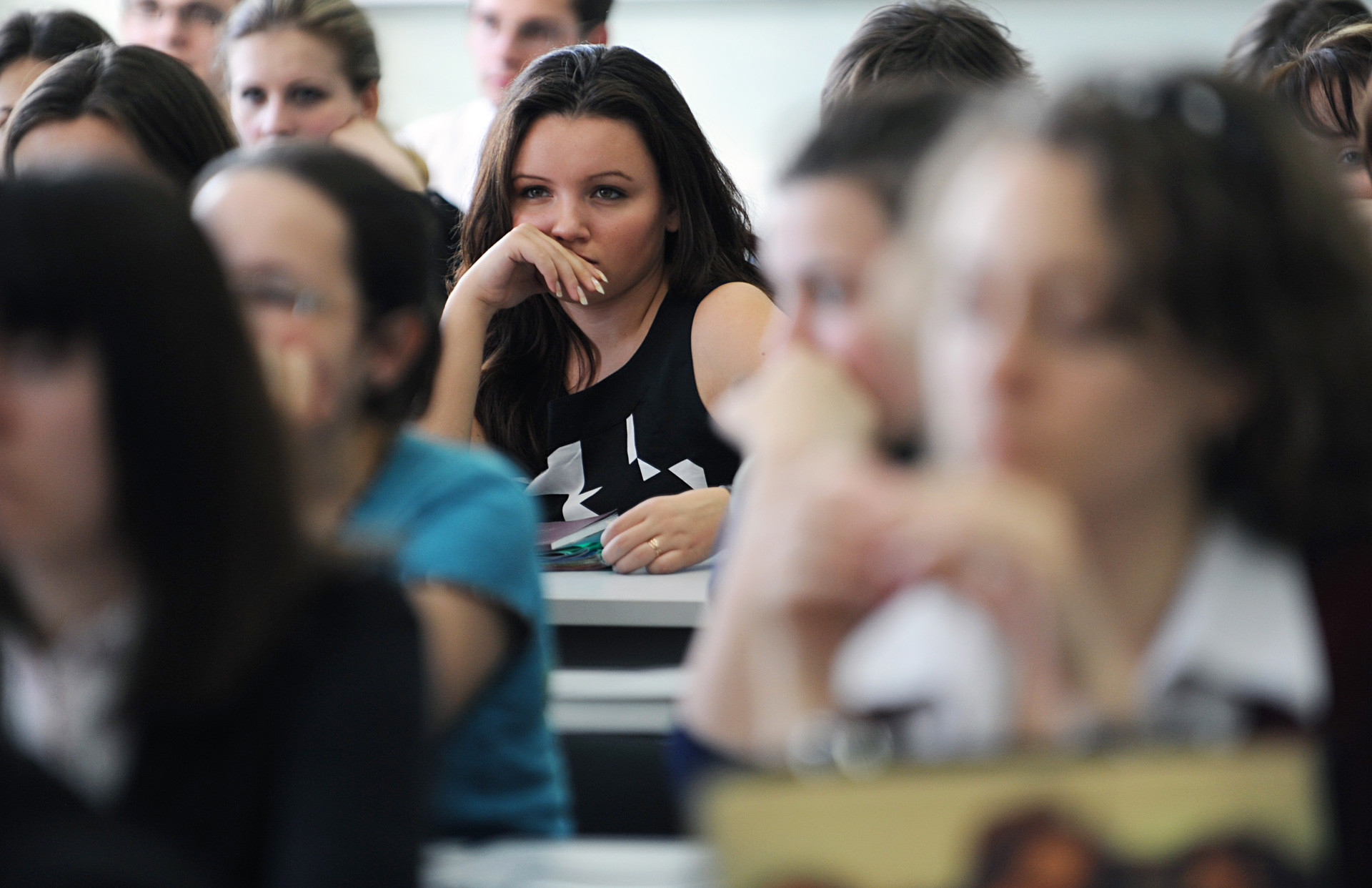 Students of the philosophy department of Mikhail Lomonosov Moscow State University. Not all of them are studying for free but some sure do.

As it is with healthcare, this is inherited from the Soviet past. The constitution guarantees everyone free education up to secondary level. School graduates are then able to get higher education as well… if they succeed in their exams. Many universities have state-provided seats but only graduates with the best results get them.

Nevertheless, in the U.S. it’s even harder to get higher education for free so many people mention free education as a plus in Russia. “It is a huge social and a real opportunities equalizer,” one user commented on Quora, adding at the same time a couple of drawbacks: “Too many educated people, devaluating higher education, low paid professors.”

At the same time, in terms of comparing the top universities, the U.S. wins. International rankings value American universities higher: In QS World University Rankings 2018  the top four universities are American, with the best in Russia - the Moscow State University - only taking 95th place. American higher education is surely better – but less available. After all, everything in life has its pros and cons.

In case you want to know more about the Russian lifestyle, we have a text on how Russians cure hangover for you.