Putin gets factory worker’s hopes up by offering kiss, but hugs instead 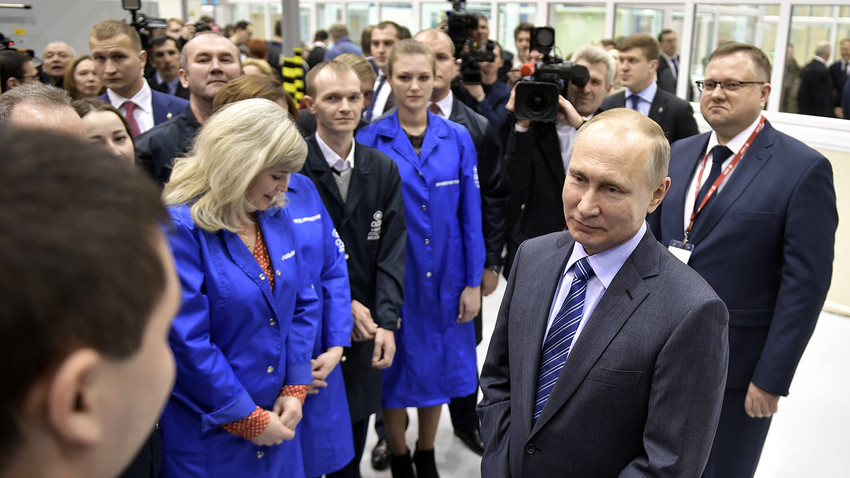 While paying a visit to a factory, the president showed some tenderness all of a sudden

Alexei Nikolsky/TASS
The president sidestepped a question by giving some love.

During an official trip to the city of Ufa (1,351 km east of Moscow), President Vladimir Putin visited one of Russia’s largest factories (built in 1925), which produces engines. During his he was filmed answering several questions from workers, one of whom posed one harking back to the USSR.

“There was a tradition back in the Soviet era – to give medals and orders to enterprises. Back then, the working collective of our factory was rewarded with two Orders of Lenin and an Order of the Red Banner of Labor,” the worker said to the president, before asking if such a practice might return. Apparently, he wanted the factory to win yet another reward, as it was “among the leaders in the industry.”

Putin dodged the issue in a rather unexpected way: “Let me just kiss you instead,” he retorted, before going in for a hug – but no kiss – as the crowd cheered. What a tease.

Later the president said he thought it was more effective to reward people, not factories, for the accomplishments they achieve.

Sometimes Putin does peculiar things – once he even decided to clone a governor. Or at least it looked exactly like this; we have an article on this theme.