The oldest people in Russia – who are they and why do they live so long? 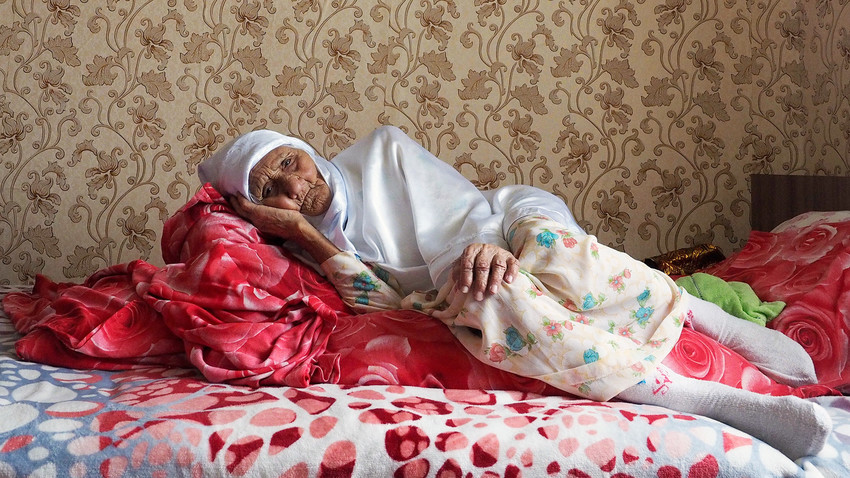 Dmitry Rogulin/TASS
They love butter and sweet tea, they give birth after fifty, they don’t take medicine, they have 20 great-grandchildren, and they remember the last 3 centuries. 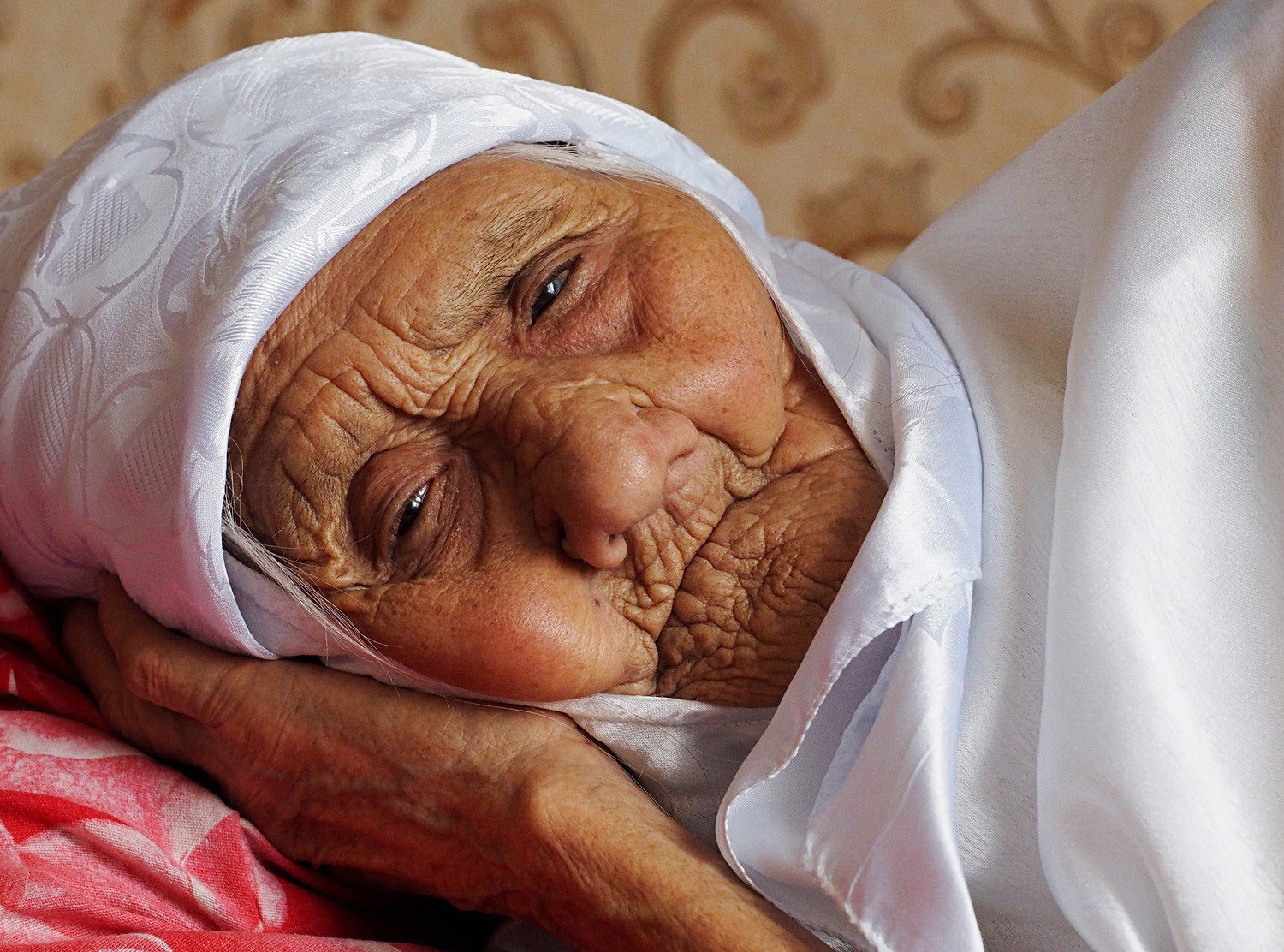 The tiny village of in the depths of the Astrakhan Region (about 1,400 km south of Moscow) made front-page news everywhere in Russia a couple of years ago. There, one of the oldest residents of Russia, Kazakh Tanzilya Bisembeeva, celebrated her 120th birthday. Today she is 122-years-old.

Tanzilya was born in 1896, in tsarist Russia. Her first husband died on the front during the Great Patriotic War. Their son died in infancy. When the war ended she was 49. She did not have a family or children. But she soon received another marriage proposal from an elderly Kazakh. She accepted and then the couple had children – three sons, who today are 53, 54 and 57. She gave birth at home and in general, according to her relatives, did not turn to doctors until she was 100.

“In her life mom has seen a lot. She’s lived from Rasputin to Putin. She has worked hard all her life, either in the field or the (which is also a field, but with watermelons, melons, or pumpkins),” says her son Shintas Bisembeev.

The age difference between Tanzilya and the youngest member of the family is 119 years. She now has 10 grandchildren, 24 great-grandchildren, and two great-great-grandchildren. She does not go out anymore but moves about the house by herself. She loves following world events and eats only natural food. In the Astrakhan Region, according to official statistics, another 71 residents have surpassed the 100-year-old threshold. 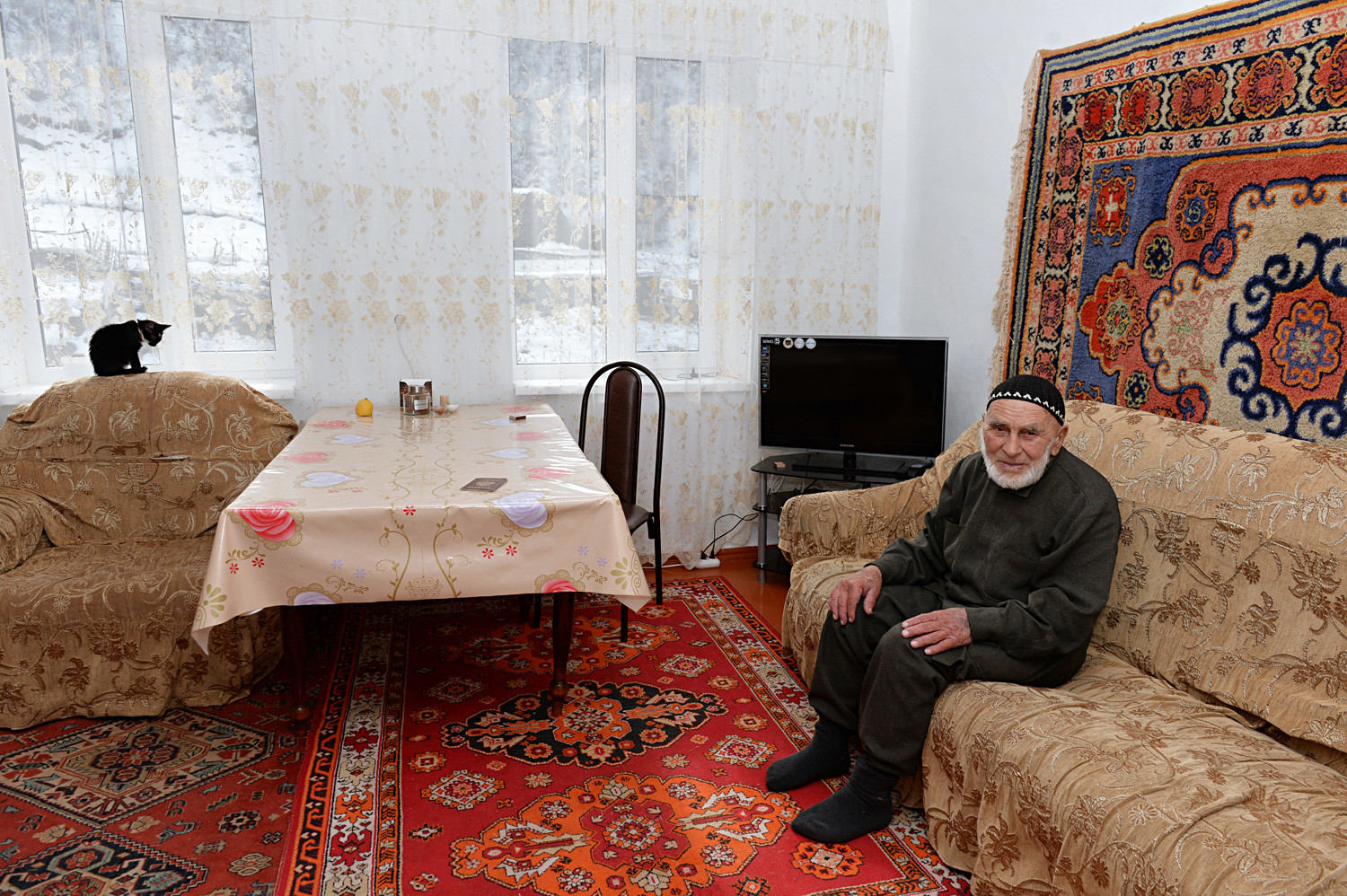 Another long-liver, who was also born in 1896, is resident of Ingushetia, Appaz Iliev. His village, Guli, lies high up in the mountains and in all his life Appaz has only come down from up high once. “He came down only to fight in the revolution with the White Army. Then he went to the front during the Great Patriotic War. But from the front he was deported to Kazakhstan,” says his nephew Akhmet.

In his long Appaz has never smoked or even tried alcohol. He eats vegetables only from his garden. He also likes dairy products, meat, and drinks spring water. All his teeth are also real.

The old mountaineer has eight children, 33 grandchildren, and 34 great-grandchildren. He has outlived two wives and has buried three children. Five years ago he still went horseback riding and herded animals, as he had always done. Now he only cuts the grass and cleans up the manure, supporting himself with the shovel as if it was a crutch. When Appaz is asked about the most important lesson of life, he responds, “A person becomes good if you see good in him.” 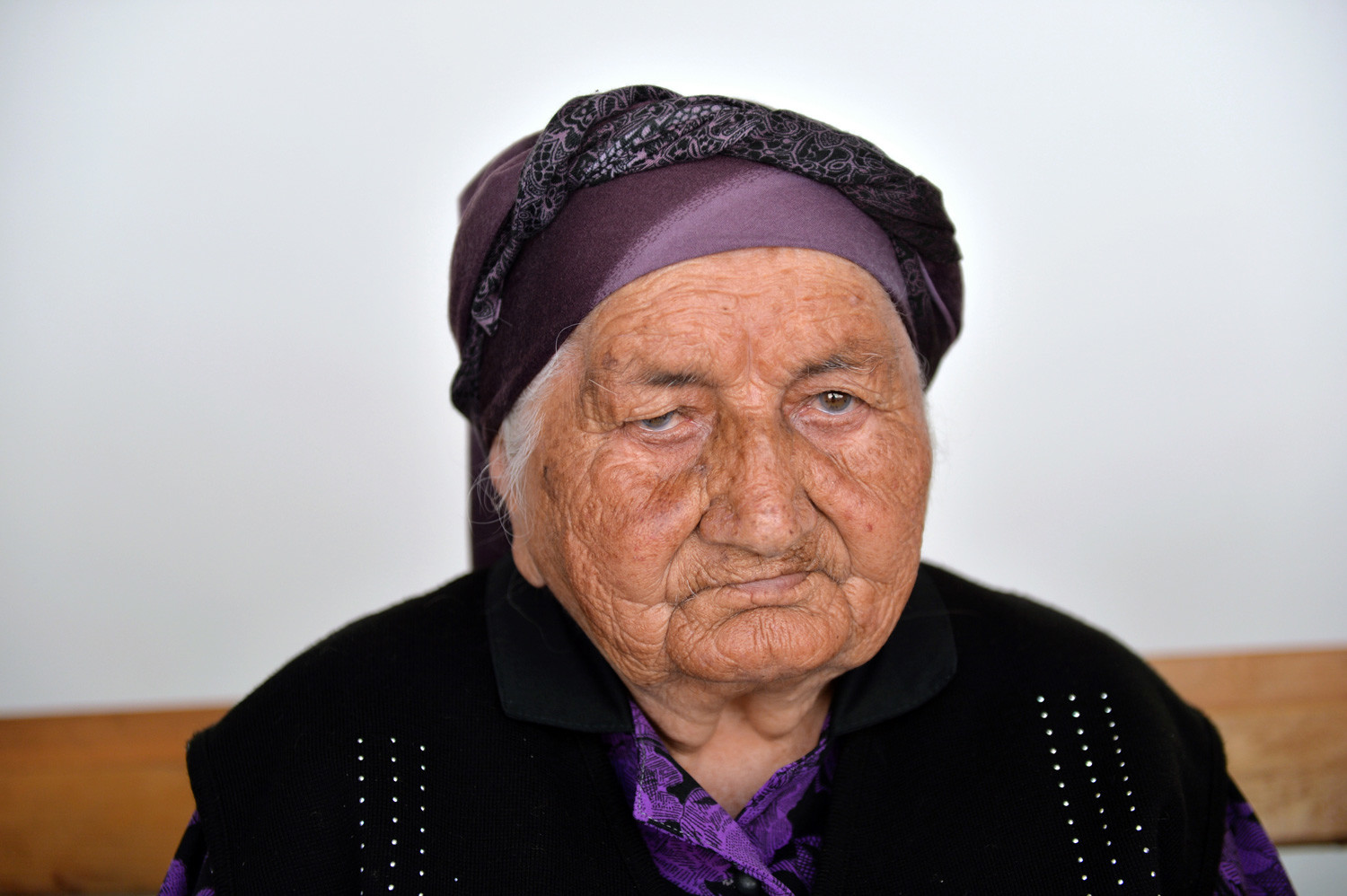 As of today she is the oldest woman in Russia. However, in her her date of birth is written as 00.00.1890. In the 19th century there were no birth certificates and when she applied for her passport, no one could remember the exact date.

President Vladimir Putin congratulated the native of Kabardino-Balkaria with her 125th birthday and in March 2018 she was the oldest Russian to vote in the elections. “Everyone should conscientiously and responsibly make this choice and should not think that their voice is not worth anything,” she said before casting her ballot.

Nanu has five children, 14 grandchildren, and 21 great-grandchildren. She has lived in the village of Zaikovo all her life and worked at the local collective farm. Her first husband died in the war and she buried her second one in 1982. Her grandchildren say that Nanu loves candy, butter, sweet tea, and drinks airan. The only thing, she does not eat anything after . She still walks very well and has good hearing. Only her eyesight fails her occasionally.