Why is Russia so cold? 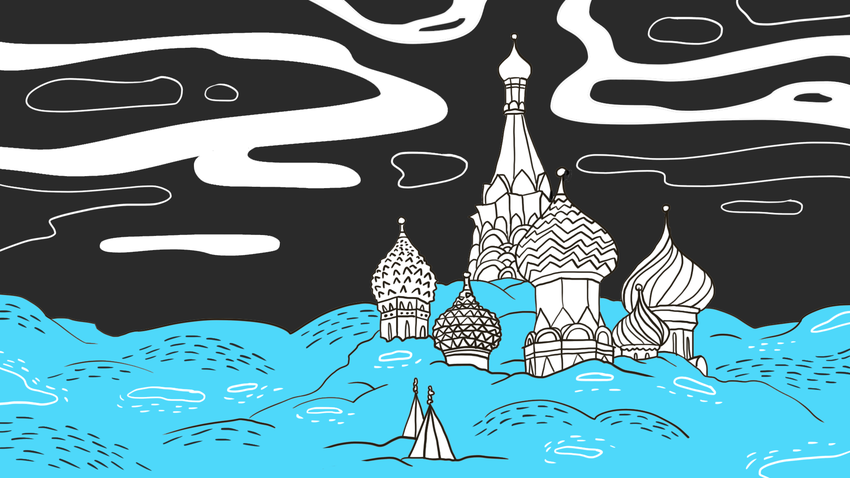 Sometimes it seems that Russia is always covered in snow; that's wrong.

Natalya Nosova
The country has no natural obstacles to protect it from chilling Arctic winds – however that doesn’t mean that it’s cold everywhere in Russia.

To begin with, Russia is not cold. Well, it is. But not everywhere… it’s complicated. Russia is big (in case you’re wondering why – we have a special article to answer this too) and, of course, the climate in the Arctic or Siberia differs from that in Sochi and other cities on the Black Sea shore.

The average annual temperature in Yakutsk (Eastern Siberia) is -8.8 Celsius (16.6 Fahrenheit) while in Sochi it is 14.2C (57.5F). If any conclusion can be drawn from it – there are reasons why Yakutsk isn’t a host city for the World Cup and Sochi is. And the temperature in Moscow is nudging 27C (80F) as this story is being written… and many Muscovites seem to be missing the long, cold Russian winter.

However, Russia is among the coldest countries in the world. What are the reasons for it?

No mountains – no warmth

“Traditionally, Russia is considered a cold country. Official statistics say that average annual temperature is -5.5 Celsius (22F),” Alexander Belyaev, the deputy director of the Institute of Geography at the Russian Academy of Sciences, says. He explains that the situation is connected with the geographical features of the country.

“All the vast territory of European Russia, where air generally moves from west to east, is open to the [cold] air masses from ,” Belyaev notes. There are no mountains in the northern shores of Russia to hide its territory from Arctic winds: the Urals go from north to south and the Caucasus is situated on Russia’s southern frontier. Add to that embrace Russia in the North and you get what you have – a country with a harsh climate.

As the Russian climate really is something you have to be prepared for, many attribute Russia’s military victories over foreign invaders (Napoleon in 1812, Hitler in 1941, you name it) to the actions of so-called “General Frost”, the merciless Russian winter that strikes foreign armies.

Yes, Russia is cold – but thanking only its climate for defeating the powerful invaders is a bit of exaggeration. For instance, General Frost made Napoleon’s army suffer – but only after the Russian army defeated it on the battleground.

“The first frost, which marked the onset of winter, hit Napoleon's army on the 9th of November,” wrote Carl von Clausewitz, military theorist historian – and by that time, Mikhail Kutuzov, the Russian commander-in-chief, had already seen off the French army. General Frost attacked the already retreating army. But he did his job anyway.

For sure, Russians are used to low temperatures (the solution is simple: wear warm clothes and keep warm during winter) – but it doesn’t mean they enjoy it. “The Russian frost helps my health,” Alexander Pushkin, the most famous Russian poet, used to write. Pushkin, as well as many other Russian authors, was brilliant at portraying the winter in his homeland. Nevertheless, they all seem to have love-hate relationships with this season – as we all do in Russia (snow is great but not for five months). Just read these quotations, which look like cries for help.

“The winter storm is raging since the morning near my window, crying, howling in the gloomy streets of Moscow. Outside my window the branches of the trees are wriggling like sinners in Hell, a bell is tolling sadly through all this… What weather! What a country!” Ivan Turgenev wrote in a desperate letter.

Many others echo him. “What meanness – to be sentenced to such a climate, sometimes you ask yourself why are you sent here,” Russian lyrical poet Fyodor Tyutchev angrily complained. Ilya Ilf, yet another author, ironically supposed that Russian sweepers tend to commit suicide when it suddenly snows heavily in April. And this happens from time to time – for instance, in 2018 it snowed on April 11.

So what? Russia really can be cold but it doesn’t mean that this country is never warm and can’t enjoy summer. “Enjoy the summer of your life as there always is a winter coming after it,” Harry Harrison once wrote – and no one knows it better than the Russians.