What does Russia export? 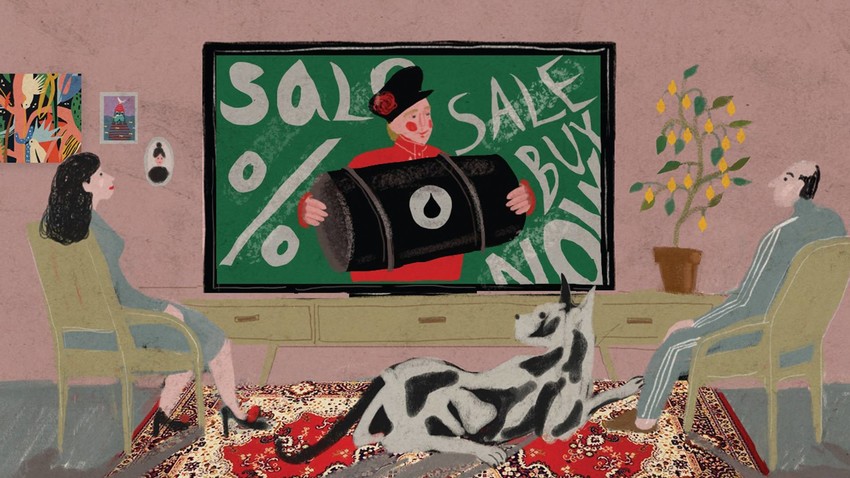 Moscow is always glad to offer something to its business partners.

Ekaterina Lobanova
For more than a decade, the Russian government has been seeking to diversify the country's foreign trade in a bid to end its dependence on oil and gas. The success rate has been patchy: Fuel resources continue to account for more than half of Russia's exports, although there are other Russian goods that are in demand around the world.

Emperor Alexander III (who reigned 1881-1894) once said: "Russia has only two allies: Its army and its navy," implying that Russia can rely only on itself. The quote has become a catchphrase and has spawned numerous humorous variations, inspired by contemporary circumstances. In one of the most popular versions, Russia's only two allies are oil and gas as its two main sources of income internationally.

According to 2016 data from the Russian Export Center (REC), hydrocarbons do play a big part in Russian exports. Fuel and energy products (i.e. oil, and products resulting from their processing) accounted for 62 percent of Russian exports, far ahead of other revenue items. Russia made $176 billion in 2016 from the sale of hydrocarbons, while its total export revenues amounted to $285 billion.

Oil and gas: Blessing or a curse?

Firstly, the state is vulnerable to fluctuations in oil and gas prices: According to REC reports, in 2016 exports fell by 17 percent ($58 billion) compared with 2015, which was due to a sharp drop in oil prices at the beginning of the year. After OPEC countries – with Russia's participation - agreed to limit oil production, the oil price rose again. Thus, experts say, in 2017 one can expect Russia's revenues to go up. Yet, no single country can make the oil market immune to fluctuations and volatility.

Secondly, given the growing popularity of alternative sources of energy, it is not clear how robust prosperity built on hydrocarbons is. That said, as Russian President Vladimir Putin noted in 2016, it is premature to expect the end of the era of hydrocarbons. As for Russia's dependence on oil and gas, the government admits that it is harmful, but according to experts (for instance, former Finance Minister Alexei the situation is unlikely to change in the next 10 years. In addition to oil and gas, Russia is a major supplier of coal.

After oil and gas, the second biggest category in the structure of Russian exports in 2016 was metals and metal products, making up 10 percent of total exports. Russia's biggest selling metal is and its alloys. According to REC statistics, they accounted for 4.6 percent of all non-fuel products sold by Russia in 2016. Russia also exports semi-finished products of non-alloy steel, sheet metal, and nickel.

Russia also has export markets in finished goods, primarily machinery and equipment: In 2016 they accounted for 7.3 percent of total exports. The biggest-selling items are engines, followed by nuclear reactors and cars. The latter include not only vehicles made by the Russian AvtoVAZ car maker but also cars assembled in Russia under license - for example, Volkswagens and Renaults.

Another major export is weapons: Since Soviet times, Russia has been readily selling its military products to everyone who is interested. In 2016, Russia made $15 billion from arms exports, Russian Prime Minister Dmitry Medvedev said. Over the past five years, according to a report by the Stockholm International Peace Research Institute (SIPRI), Russia has been the world's  arms exporter, after the United States, and accounts for 23 percent of the world's arms exports. Between the two of them, the two nuclear superpowers supply more than half of the weapons on the world market.

After machinery and equipment, Russia's next biggest export items are chemical products (6 percent), foodstuffs and agricultural raw materials (5.2 percent). Russian politicians, including the president, say that as a result of the "sanctions war" with the EU, Russian agriculture has boomed and the country is ready to expand its food exports.

The main product that the authorities pin a lot of hope on in terms of its export potential is wheat. Agriculture Minister Alexander Tkachev has repeatedly stressed that in recent years Russia has become one of the world's leading suppliers of this grain. In the last agricultural year (from June 2016 to June 2017), Moscow supplied 27.1 million tons of wheat to the world market, outstripped only by the USA with its 28.1 million tons.

Read more:
Making Russia into a ‘Disneyland for adults’
Why do foreign companies still invest in Russia?
How some Russian oligarchs got unbelievably rich, in unbelievable ways
How Russia’s millionaires invest money in times of crisis
5 legendary global brands with Russian roots that shaped modern culture