‘My parents would disown me’: The life of transgender people in Russia 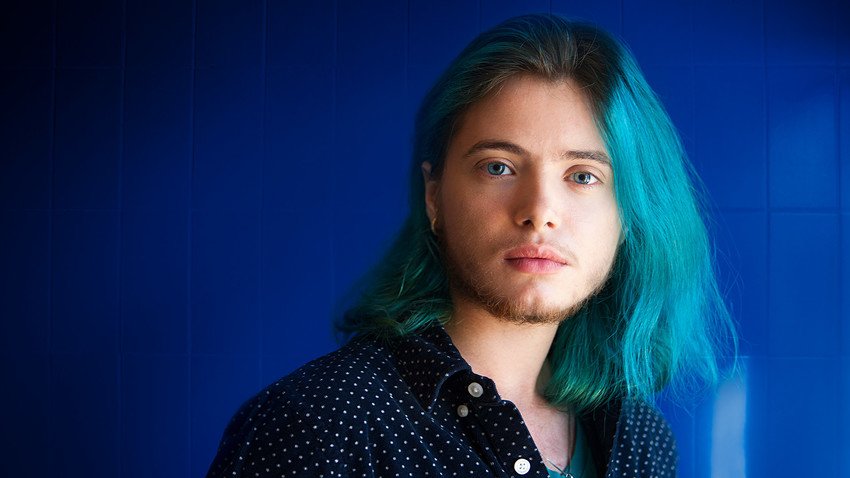 Getty Images
Only about 10 years ago, transgender people in Russia were an invisible group. As a society, the Russians had little idea about the number of transgender people, let alone what their aspirations in life were. The community was a close-knit one, and kept to itself. But recent high-profile developments have shone a stronger light on the problems faced by it. Russia Beyond spoke to several transgender people to get their take on life in Russian society.

When his family left the village, eight-year-old Ivan finally got a slim chance to meet people like himself. Although he had no concept of what the difference even was: his entire childhood was spent knowing that something was ‘wrong’ with his body. And he had no idea what exactly.

The setting was Chita – a small city near the border with Mongolia, 6,300km south-east of Moscow. There, a 19-year-old Ivan had come to the realization that he was gay. Ivan ended up meeting people from the local LGBT community, and it was around one of those parties that someone had first asked him what his gender was. Confused, he would seek answers on YouTube.

Not long after, at 23, Ivan moved out of his family home and began a hormone course that would transform his body into that of a female. The uneasy decision had come as a result of a failed suicide attempt and a stint at a psychiatric ward.

Transgender culture in the Russian language is not as strict with its pronouns as in the English language – meaning that a transgender person in Russia can be fine with a binary gender pronoun just as well as a neutral one. For Ivan, the pronoun is “she” (which will be used throughout from now on).

Now, at 24, the only other person who knows what Ivan is going through is her sister.

“I think the parents might be suspecting something, though they never ask questions,” says Ivan, a slim individual with a delicate face and close-shaved hair, which makes it more convenient to wear a wig 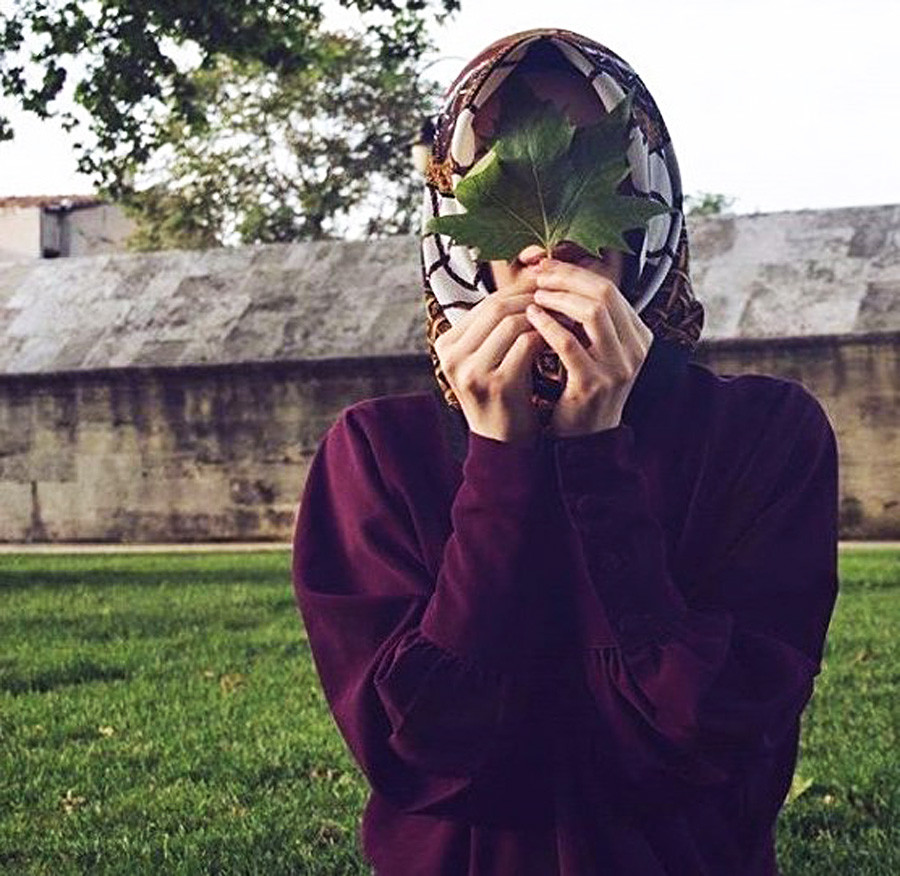 body had already started to change. She’s beginning to wear baggy clothes more frequently as well, and she’s sure the parents would not approve. “I know them. They would disown me. I don’t want to lose them. Things should stay the way they are now, it’s for the better,” Ivan says, adding that she’s already planning her “disappearance act” – which will consist of moving cities, performing gender-reassignment surgery, change names and start a fresh life. It is better to disappear than to out herself, she explains. The only obstacle is money. She’s sure that her story contains “nothing out of the ordinary” – that this is what happens to every confused small-town teenager who knows that their body has “betrayed them. It does not belong to them.”

A simple case of biology

“My own story is quite different,” says Victoria, 22. “I’d also been through a lot, of course. Because, how do you explain to your own mother or anyone else that you’re living inside a body that is not your own? How do you even go about explaining something like that?”

Victoria’s (who prefers a fictional name) is still listed as a male in the passport, as well as physically. But her closet hasn’t contained a pair of jeans in four years – only skirts and dresses. Jeans are too “unisex”, she tells RB.

She resides in Russia’s westernmost exclave of Kaliningrad, with a population slightly greater than Chita, around 460,000.

It’s commonly thought that big city folk it better – there are communities, hangouts, things you don’t get in smaller locations. But Victoria says she’s lucky all the same: she has friends, communicates with her family, even had a relationship with a man. The only physical change was a breast enlargement surgery. Even here, though, she says she was different – “lucky”. Her breasts had started to develop on their own, which is what sets Victoria apart from some of the other transgender people she comes across. 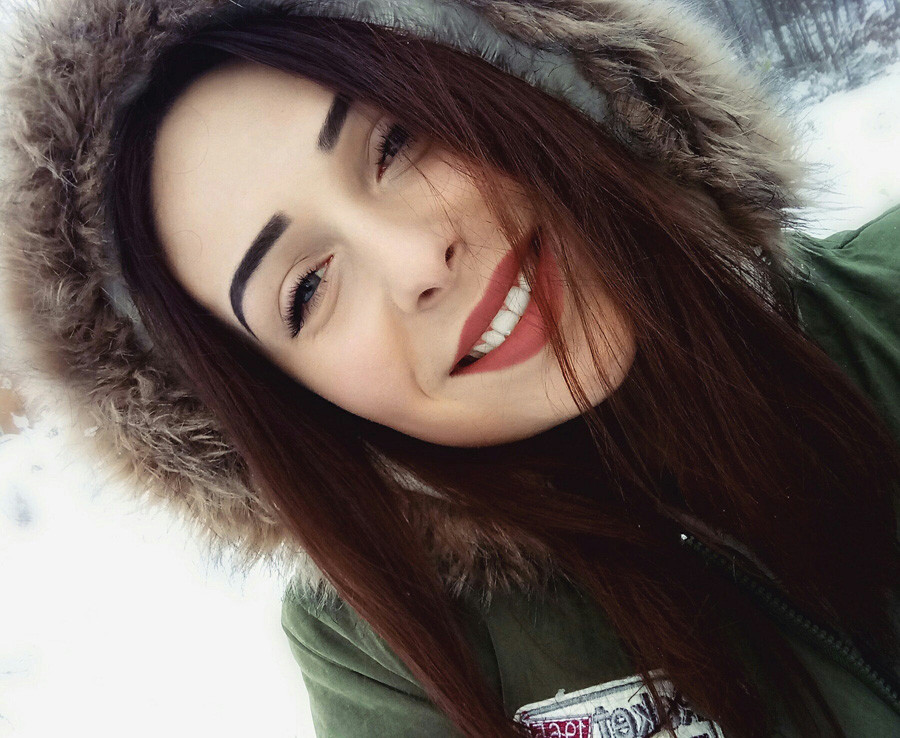 “At 14, I was dead sure that I was a girl, and can’t live any other way. I don’t have to, and I’m not going to,” she says. “But something was also amiss physically. When my classmates had started to get their man voices and develop Adam’s apples, nothing was happening to me.”

“Dad never lived with us, and him never communicated. Mom never gave up on turning me into a ‘normal young man’, even tried various ‘boy’ sports, like taekwondo and boxing. Even took me to the regularly. Until I was 16, she was the one buying all my clothes – male, of course. She would tell me, “they’ll  only antagonize you in school.” And she was right. But every chance I got, I would tell her “Mom, just look at me.” 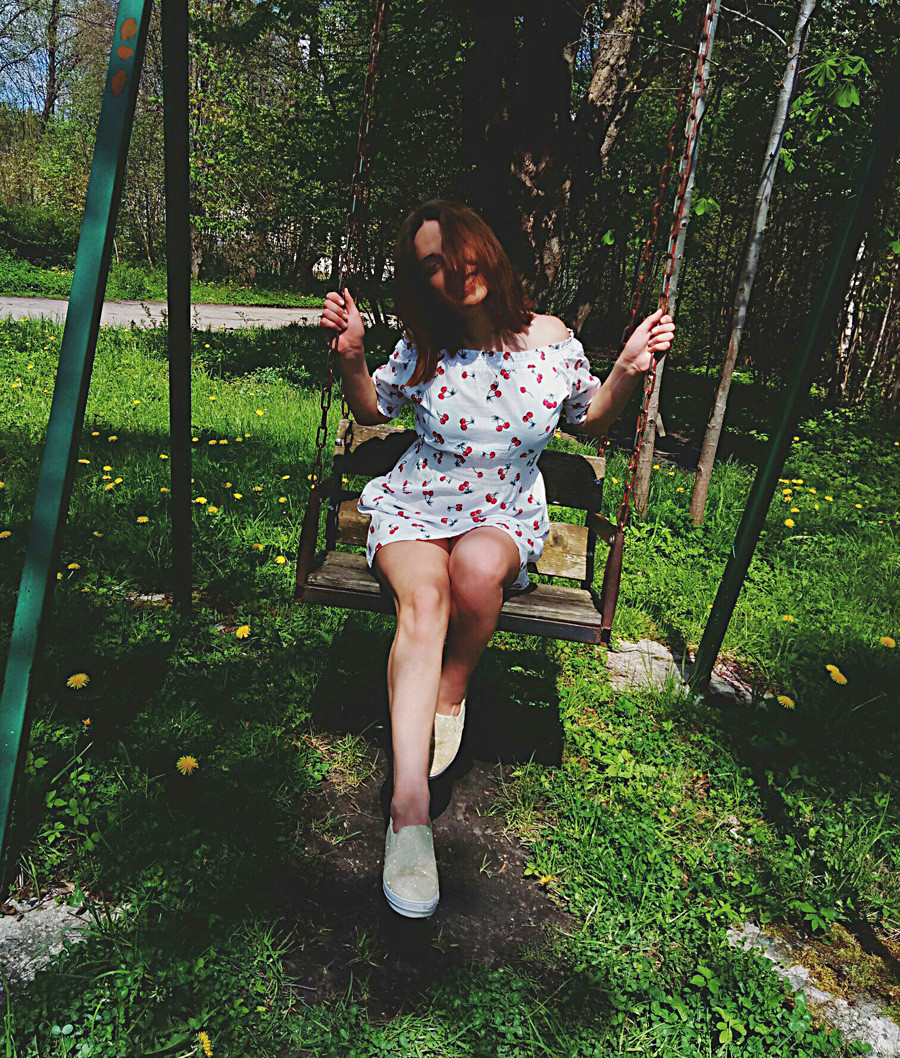 The doctors said Victoria’s body was naturally producing more female hormones than male ones, so she wouldn’t need a hormonal course. When college was over, this had led to her throwing out all her male clothing, and transitioning to a female wardrobe completely.

“I fit into society splendidly, as I don’t take hormones. My psyche is in the right place. Others normally get episodes. They are all potential walking suicides, taking pills by the pack like that. That’s how they go insane,” Victoria says.

However, she mentions one other reason: transgender people often “go insane”, as they indeed belong to one of the most “invisible” groups, one with barely any rights. Ivan can attest to that. “I’m a black sheep. I don’t have any friends. No relationships,” she says. “And nobody is in a hurry to set my life on track.”

As a UN member, Russia subscribes to definitions provided by the World Health Organization (WHO). Until June 2018, the international body considered transgenderism a mental illness, akin to schizophrenia. Now it views the condition as simply another version of the norm. This did not do much to stop the vicious cycle, however.

Gender reassignment surgery can only be performed with special permission from a whole panel involving a psychiatrist, a sexologist a psychologist. To even get a chance to stand in front of the panel, one must first be under supervision for a period of eight months to two years. If the person does not manage to demonstrate their transgender identity adequately, they are denied surgery. The problem is, without the procedure, you can’t change your papers, gender or legal name. This presents an added problem for those who feel comfortable with their transgender nature without any surgery whatsoever.

There are extreme situations when a transgender woman has to be sent to a male prison; or when a passport with a female , but a male name (or vice versa), is presented at hospitals, customs, airports and, most notably – when applying for a job. 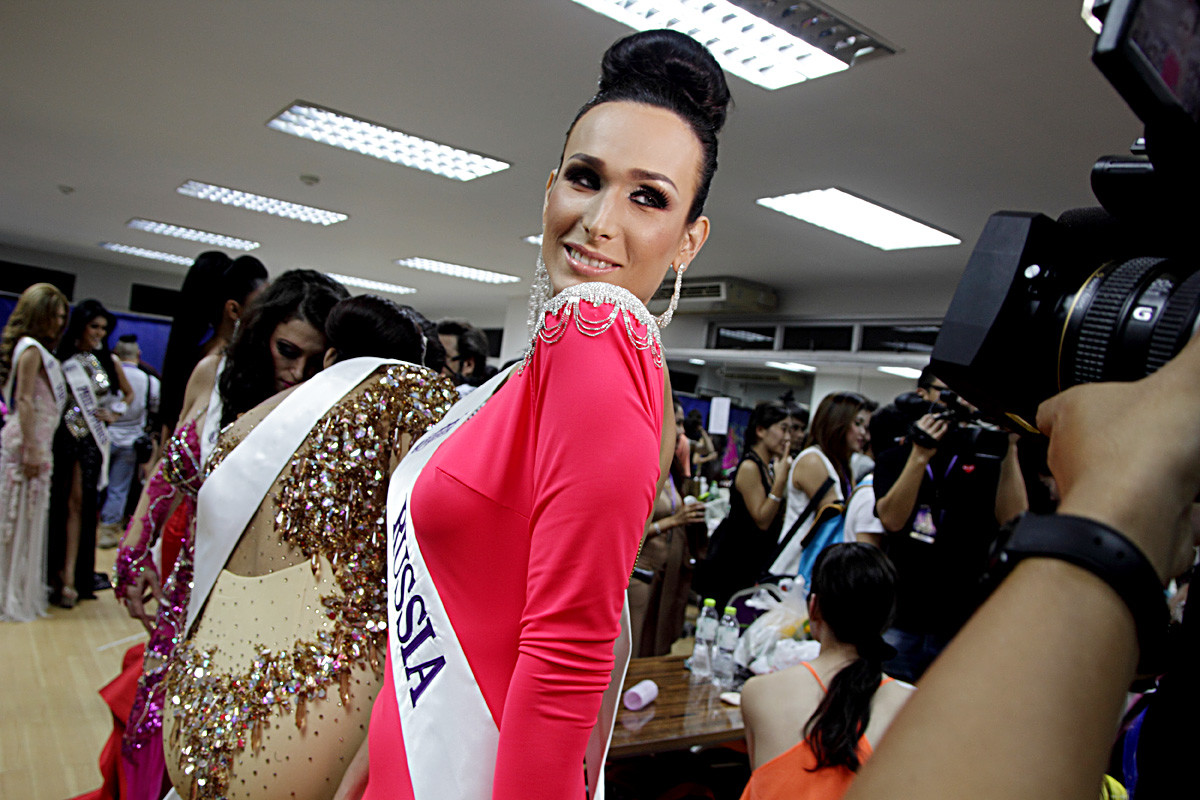 “I tried to find work as a waitress, a saleswoman, a maid, as well as in the nightlife sphere. Everything would go well right up until the moment I would have to show my papers,” Victoria says. “The best you’re going to get is ‘We’ve already found somebody’ or ‘We will be in touch’. I would also get ‘But you’re a man – why do you torture ? Why do you tamper with society by looking the way you do?’”

“I’m a self-taught makeup and used to work from home. I’m now unemployed.” Victoria is certain of the reasons. “People are intolerant. They don’t feel nice around people like us. It’s a matter of reputation for them.”

Ivan, who works as a stylist at a local salon, says that the sphere of beauty sector is just about the only one transgender people can access. But you can’t earn enough for a gender reassignment procedure that way. “A vaginoplasty costs at least half a million rubles [$8,000 approx.].”

According to Ivan, many in her situation resort to prostitution. “It’s like a plague.”

“You can understand these people. No job, no money, no family, nothing to lose. They spend their time daydreaming of a and saving up. Except, for some reason, they can’t grasp that, , nobody will want them anyway. And if they will, they’ll be treated like an object.”

When Victoria had started a relationship with a man, she kept quiet for a month about who she really was. He suspected nothing either. “I had to tell. We hadn’t had intercourse. But I didn’t even have my surgery.”

Victoria the young man had a breakdown. He yelled at her for a long time, with no apparent aim. “He hurt . His emotional state had me really frightened that he was going to do something to himself,” she recalls. But, surprisingly, the boyfriend recovered, and the two had been together for another year and a half. 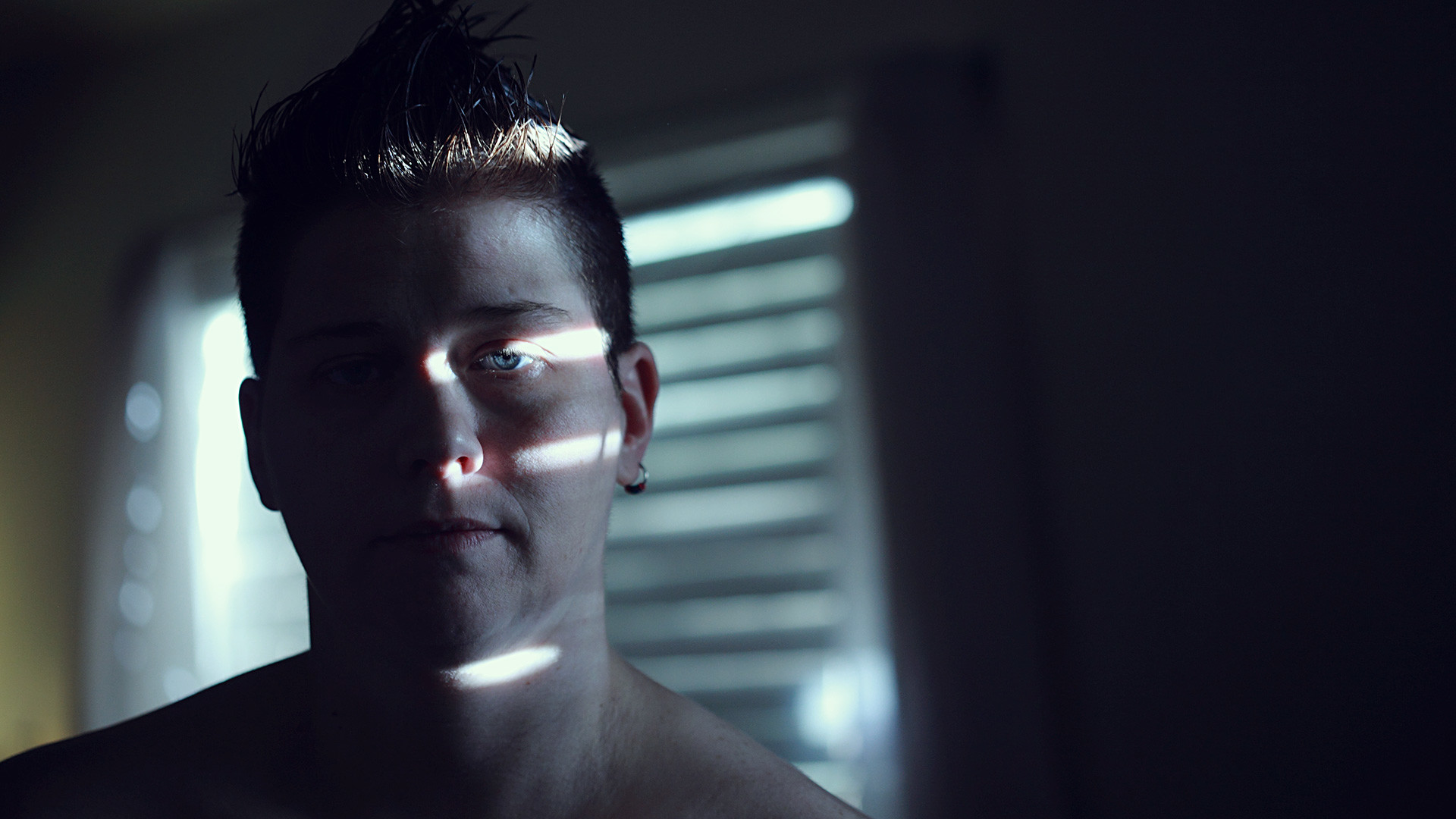 May, one story was making the rounds: Yulia Savinovskikh had been slapped with a court order to surrender her two adopted children after getting a mastectomy. She ran a blog on preparations for gender correction.

In July Facebook began the campaign #трансфобиянепройдет. This took place after a transgender woman was denied entry to a club and called a “monster”.

Ivan points out that a society really has a problem when even a little child could run up to you and call you a “fag” without getting a lecture from an adult. Victoria agrees, adding that everyone is eager to get under your skin, your skirt, into your head and teach you some morals. “Would you like to know how that makes me feel? I don’t understand this logic. There are abusers who beat women, there are murderers out there. Why don’t you treat them this way? How are we worse? People see all of this as like we’ve convinced ourselves of our own suffering. How does one go about explaining that you can’t have it any other way? You can’t live in a body you were born with, because it’s not your body. You have no choice.”