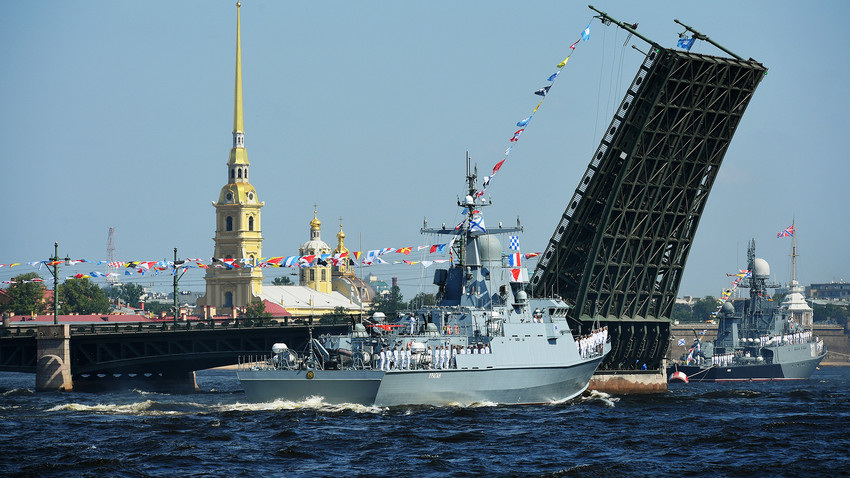 1. The Navy parade is one of the most beautiful and prominent events of the year in Russia’s “northern capital” St. Petersburg and coastal cities around the country. 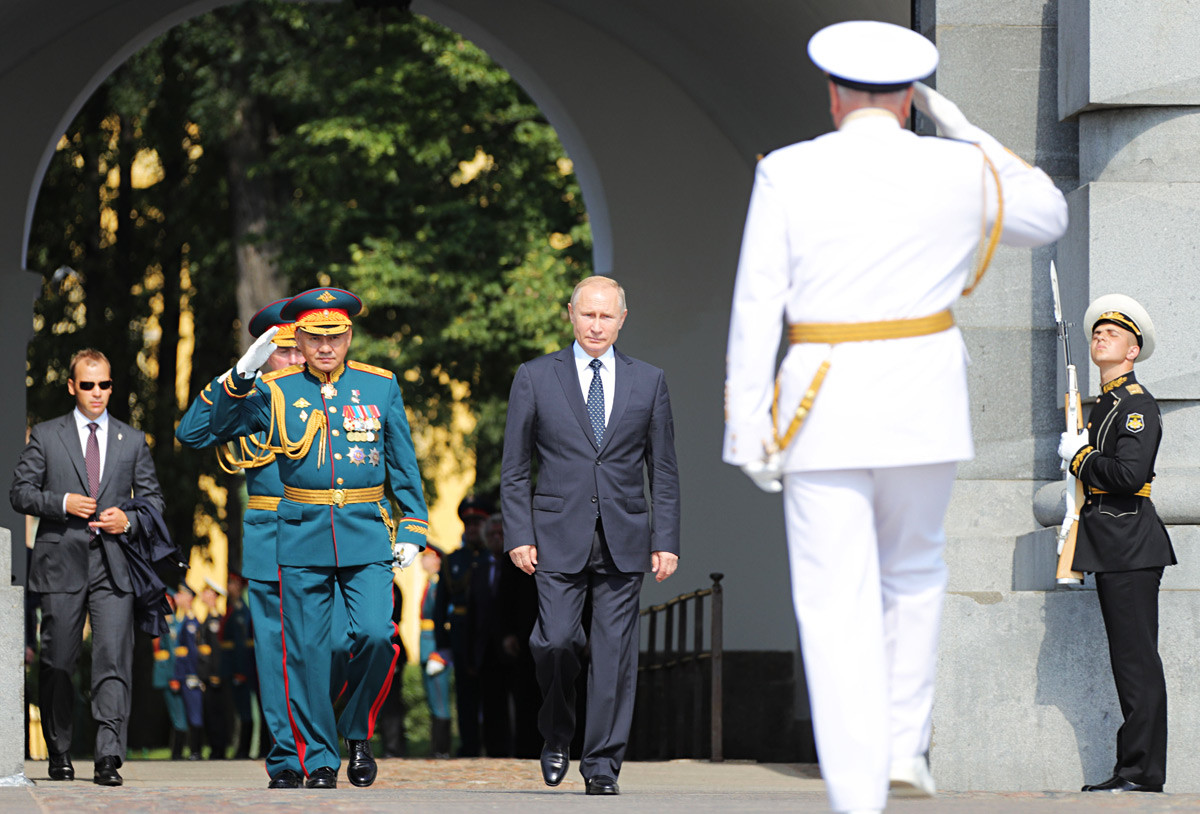 2. On July 29 Russian citizens, together with foreign guests, witnessed huge battleships “dancing with each other on the water.” Spectators also heard the blast of 200-year-old cannons firing into the skies around the country. 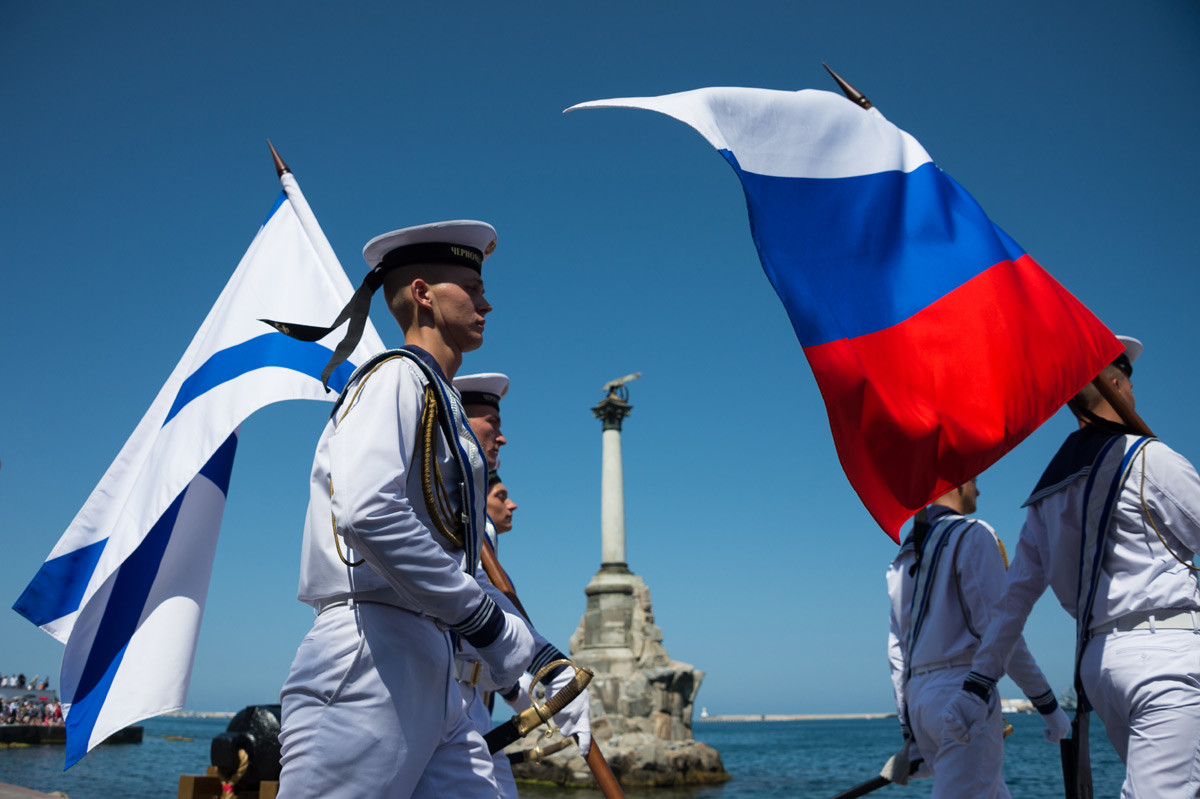 3. The biggest gathering of ships was in St. Petersburg. 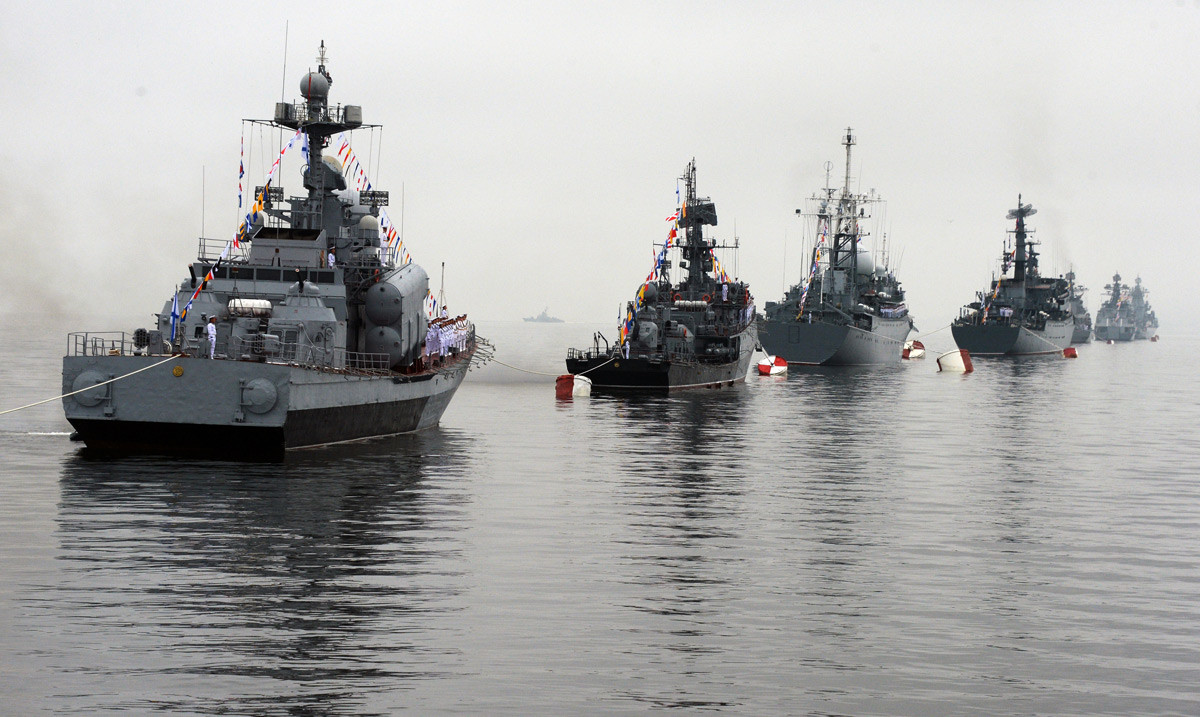 4. At 10 am the city was awakened by the sound of ships, jets, and helicopters. These battle monsters were accompanied by cannon volleys from Petropavlovskaya Fortress as well as by thousands of sailors marching in snow-white uniforms. 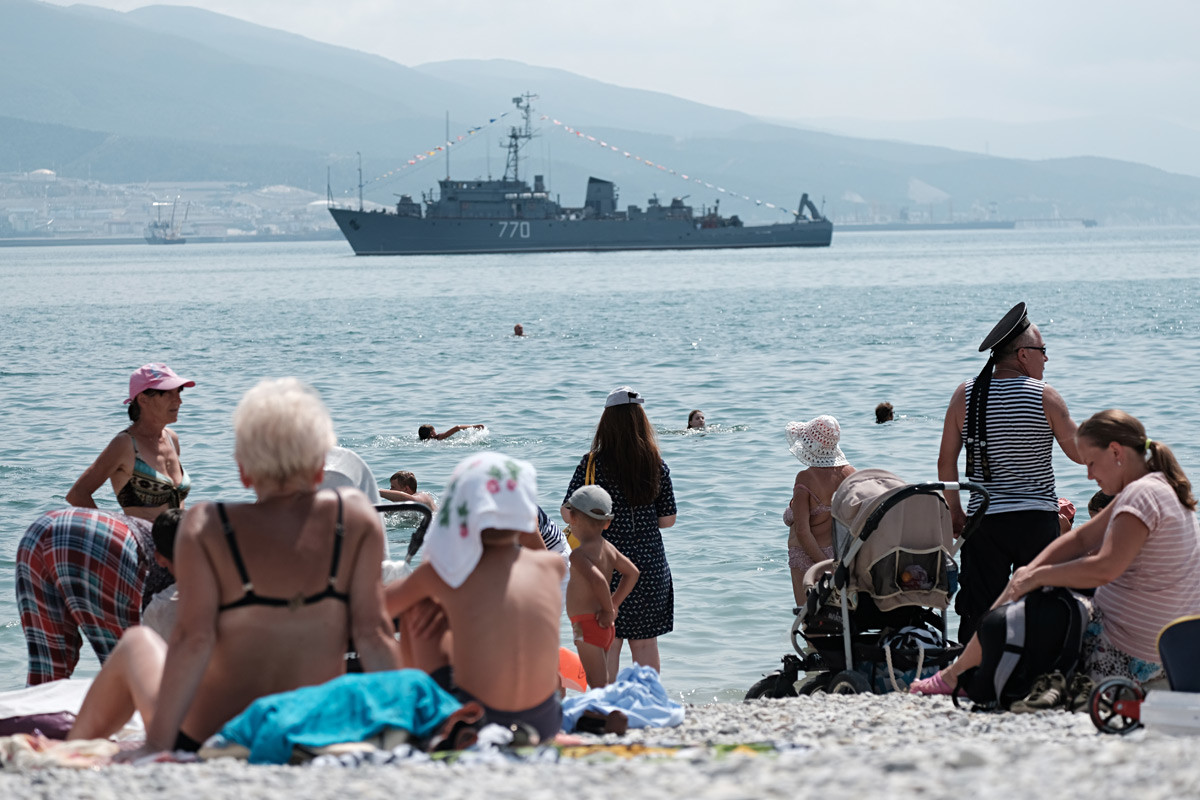 5. More than 40 ships, 38 battle planes, helicopters, and 4,000 conscripts took part in the parade in St. Petersburg. 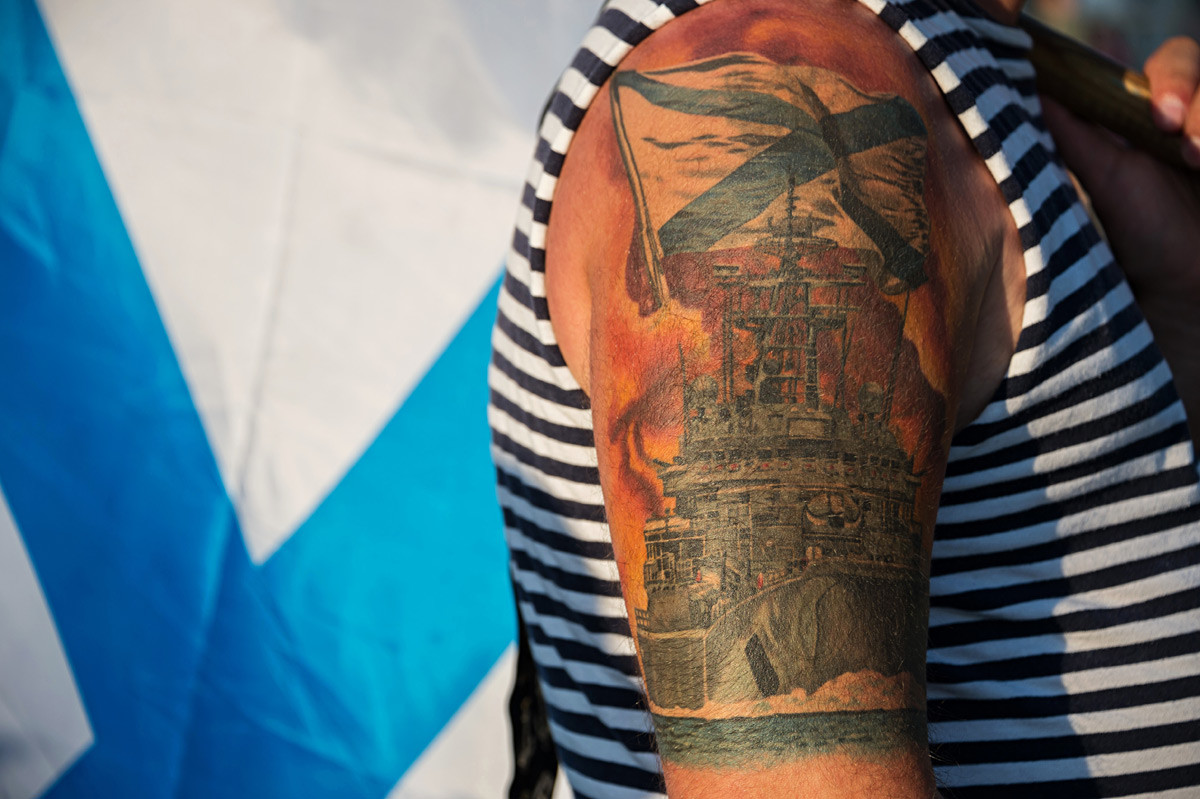 6. People had a chance to see the biggest and most powerful sea monsters of the Northern Fleet, as well as the Navy’s new additions including the “Admiral Gorshkov” frigate, “Ivan Gren” landing ship, “Uragan” Karakurt class corvette as well as a Russia’s first robotic motorboat. 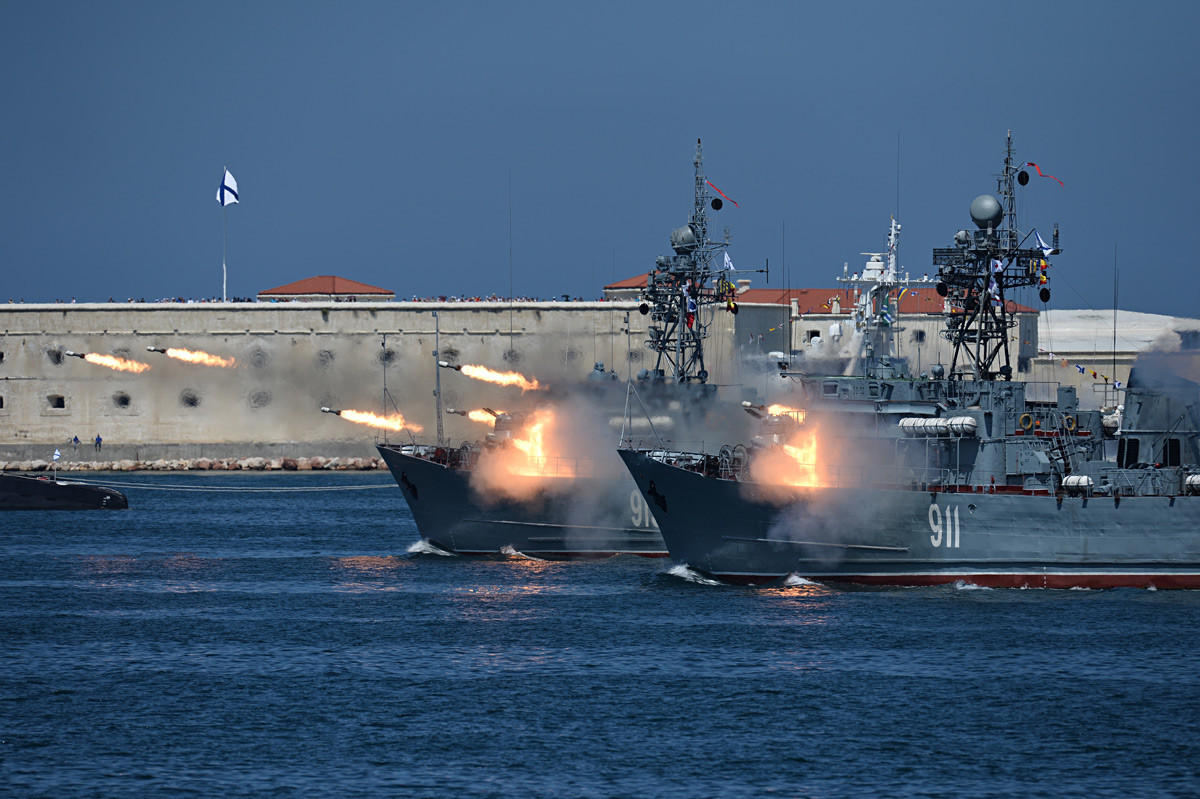 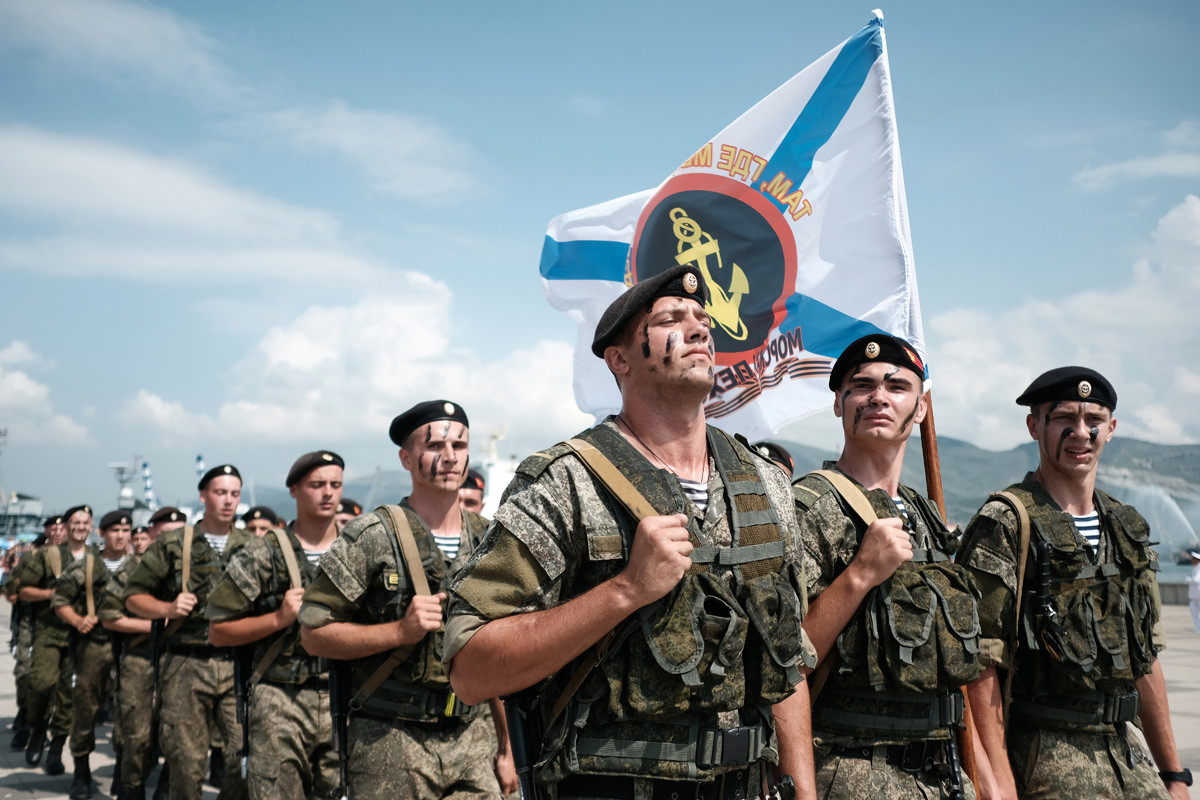 8. In previous years all ships and submarines were stationed along the shore during the parade, they didn’t move like they do today. 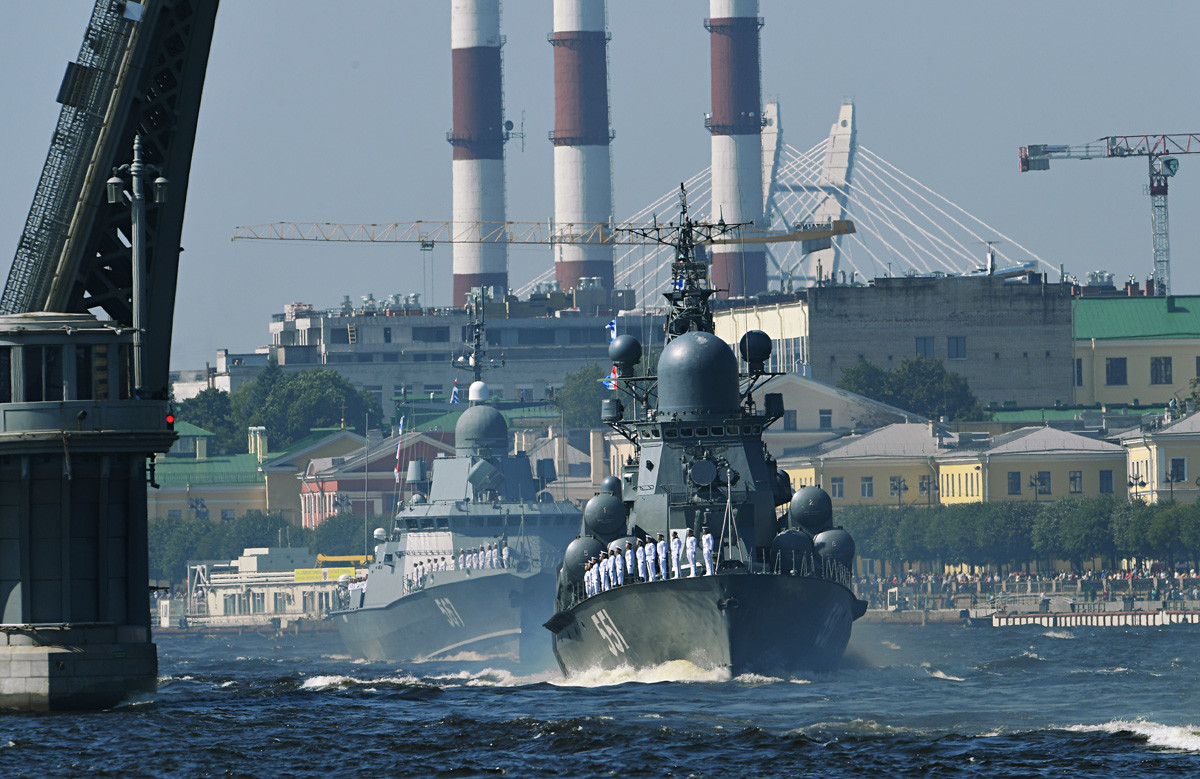 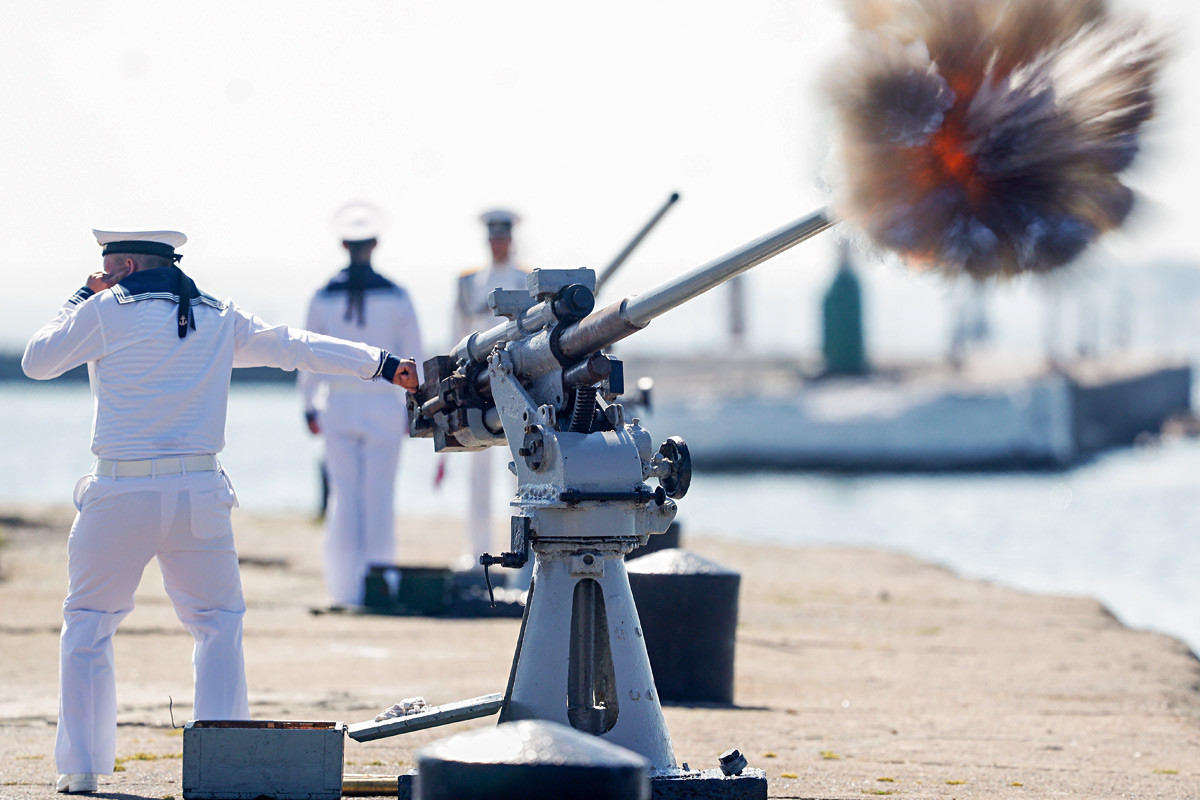 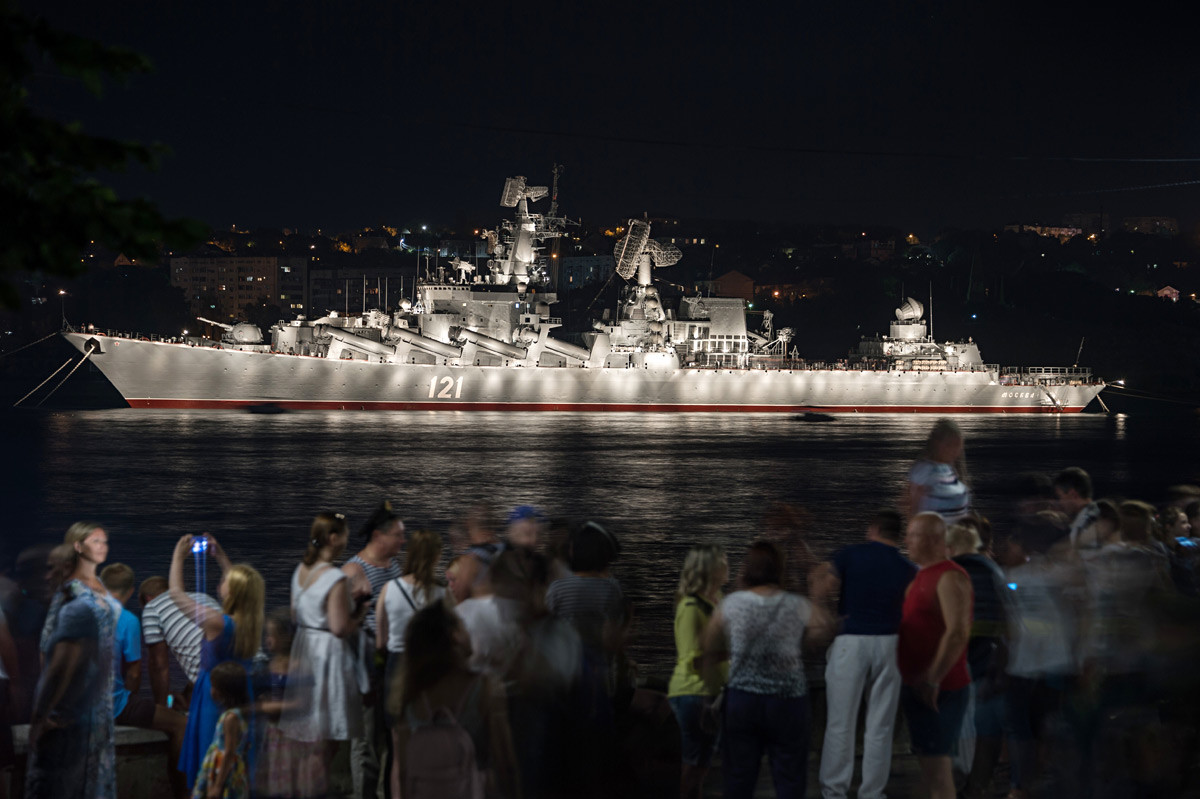 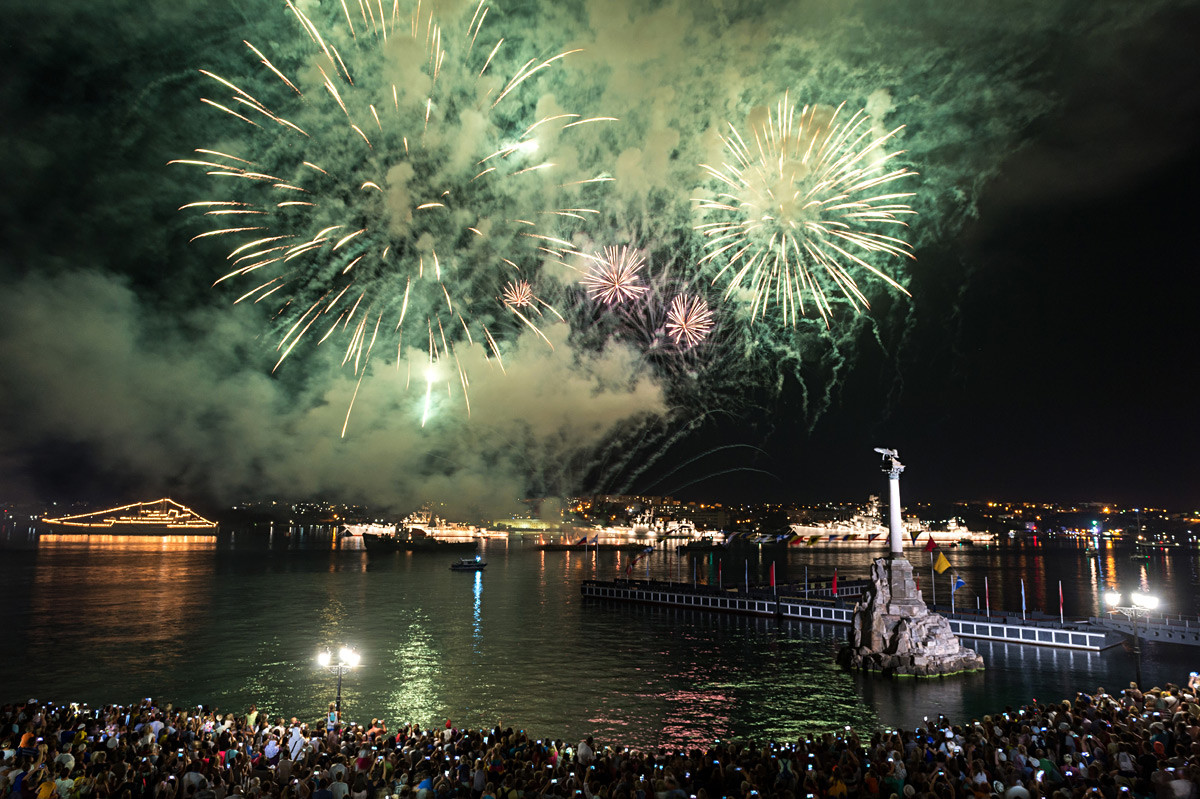