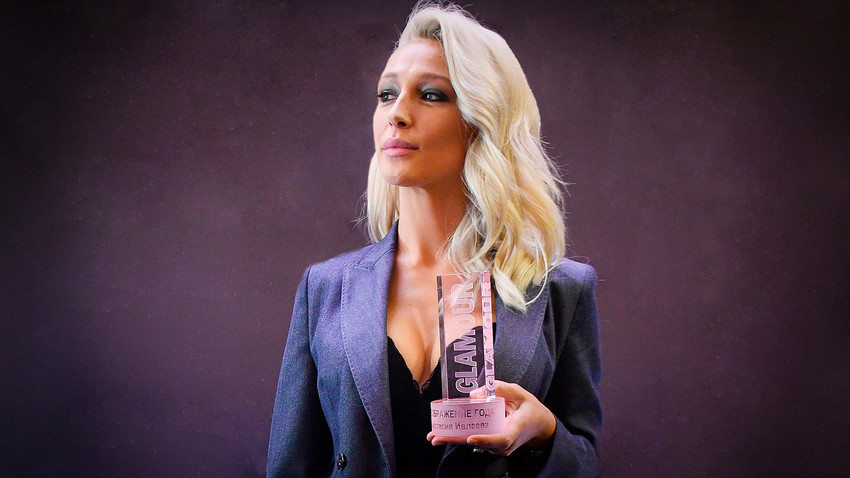 Evgeny Biyatov/Sputnik
One of the most popular Russian Instagram stars presents a travel show and shoots funny videos for her blog.

1.  Anastasia Ivleyeva has attracted fame throughout Russia co-hosting a television travel show called “Oryol Reshka” (“Heads and Tails”), which is broadcast on a youth TV channel.  In the the hosts toss a coin to decide who will spend the weekend with only $100 and who will have access to an unlimited credit card.

2. The viewers immediately fell in love with the charming blonde not only for her looks, but also for her sense of humor.

3. Ivleyeva says that desirable women are absolutely not afraid to be funny and time and time again has proved this by filming short comical videos for her Instagram account and YouTube channel. You don’t even need sound to understand what the videos are about!

4. Ivleyeva was born in St. Petersburg where she studied PR at university. While studying, she earned extra money by working as a manicurist and hostess in nightclubs. When she moved to Moscow in 2015, Ivleyeva started to study at a film and television school.

5. Her friends encouraged her to start her own blog because they believed that she knew how to make people laugh. Ivyleva initially started to make short funny video clips on typical female topics – how easily girls are offended, how to convince your guy to buy you a gift, how girls put on makeup.

6. Ivleyeva started to be noticed and was invited to participate in video projects. In 2017 she started hosting “Oryol i Reshka”.

9. Anastasia has a few tattoos: a big sugar skull tattoo on her thigh, an owl and swallow on her arms and even a magic tattoo from Thailand, which according to popular belief, brings happiness.

10. Ivleyeva believes that traveling the world makes people appreciate what they have. “Before I used to feel depressed over nothing, thinking that life has been unfair to me,” she says. “When I started to travel and see how other people live, what they endure, how they survive in their society, I realized that I’m very lucky. I am healthy, I have a family, and a roof over my head.”