What are the 10 most popular dog breeds among Russians? 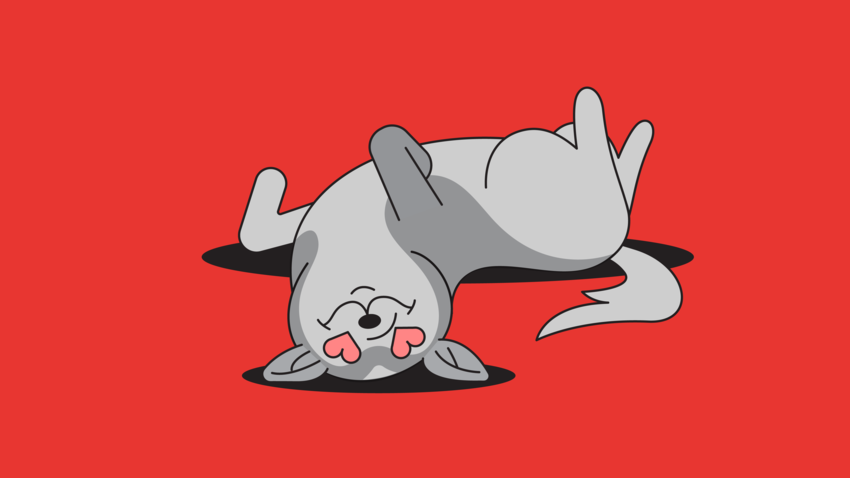 “In the 1990s big fighting dogs were very popular because people wanted to protect their houses and families from criminals. Rottweilers, Bullmastiffs, Neapolitan Mastiffs, and Caucasian Shepherds were in high demand,” says Vladimir Urazhevsky, President of the Russian Canine Organizations Union.

The situation has changed, however, and today people prefer small or medium-sized dogs that live long, are easy to take care of, are intelligent and easy-going, can engage in sporting activities and interact well with children.

There are no official statistics for dog breeding popularity in Russia, and each of three organizations responsible for the registration of dogs has its own opinion about what breeds are most popular. People can register their pedigree dog in each of them, or not register at all because the process is voluntary.

Only two organizations - the Russian Kynological Federation (RKF), and the Russian Canine Organizations Union (SKOR) – provided us with data on the popularity of dog breeds, and only RKF data has exact numbers for 2017 (though, SKOR’s data doesn’t differ much).

So, what are the most popular dog breeds in Russia?

More than 70,000 dogs of this breed were registered by the RKF in 2017. This charming little foxy-like dog can enchant anyone and be a favorite for all family members. It’s no surprise that the breed leads the rating. However, this dog’s personality is not always pleasant.

Another breed of ‘toy-dog’ was registered more then 43,000 times. They enjoy moving around in the bags of their owners rather than on their own paws. Also, selling mind-blowing little shoes, dresses and decorations for these dogs has already become a highly profitable business.

This is the smallest dog in the world, with more than 41,000 registered in our country. Judging by the appearance and the size of this dog, it could easily be confused with a fat rat. Good health, high intellect, communicative skills and flexible nature are typical for this breed. It’s no secret that the reason for such small dogs' popularity in Russia is that they're easier to keep in small apartments.

The reason for this breed’s popularity, with 24,000 registered in 2017, is its use as a service dog in the Russian police, armed forces, rescue operations and etc. It has a balanced and mobile type of behavior, is flexible to different types of training as well as the change of masters. It’s one of the most intelligent dogs, just behind the Border Collie and Poodle, according to Dr. Stanley Coren’s dog intelligence ranking.

There were 22,000 Labrador Retrievers registered in 2017. Such a dog is owned by Russian President Vladimir Putin. Do you have any questions about its popularity?

This sled dog is originally from the Russian Far East. With 20,000 registered in the Motherland, it’s one of the oldest dog breeds in the world, and is also used as a companion. The popularity of the Siberian Husky increased after the popular TV series, Game of Thrones, launched in 2011. The Husky looks a lot like a Direwolf, the symbol of the Stark family.

With more than 17,000 registered in 2017, this breed is also known as Alabai. The name makes it clear that it comes from Central Asia, where it’s used as a shepherd and a service dog. The Central Asian Shepherd is one of the oldest breeds, serving as man's best friend for more than 4,000 years.

This hunting breed is originally from Great Britain. During the hunt the terrier works in tandem with other dogs by digging into burrows and ferreting out foxes. More than 14,000 were registered by the RKF last year, but SKOR puts it in first place in the list of popularity; (but doesn’t give exact numbers).

With its wrinkly, short-muzzled mug and curled tail, this dog is a small decorative breed that originally came from ancient China, where they were popular among aristocrats and lived in lavish houses. Later, the breed was transported to France and Europe where it also became a favorite among aristocrats. Russians also like to feel aristocratic, and so more than 12,000 of these dogs were registered in the country in 2017.

In Russia, French bulldogs appeared in the early 20th century. It was a breed popular in high society, and singer Feodor Chaliapin, as well as poet Vladimir Mayakovsky, had French bulldogs. By the end of the Second World War, the breed almost disappeared because of its association with the imperial era intelligentsia. The breed’s popularity has rebounded in Russia, with 11,000 registered in 2017.