Lifestyle
Georgy Manaev
One of the main Christian sacraments differs slightly in Orthodoxy and Catholicism.

Ancient Rus’ was christened in 988 by Vladimir the Great, Grand Prince of Kiev. On his name day, July 28th, Russian Orthodox believers celebrate the anniversary of this event, turning 1030 in 2018.

Soon after Christianization of Rus’, in 1054, the East-West Schism happened, dividing the church into Eastern (Orthodox) and Western (Catholic). Over time, these two churches adopted different ways of performing sacraments, including baptism. Here are the main differences between Catholic and Orthodox baptism. 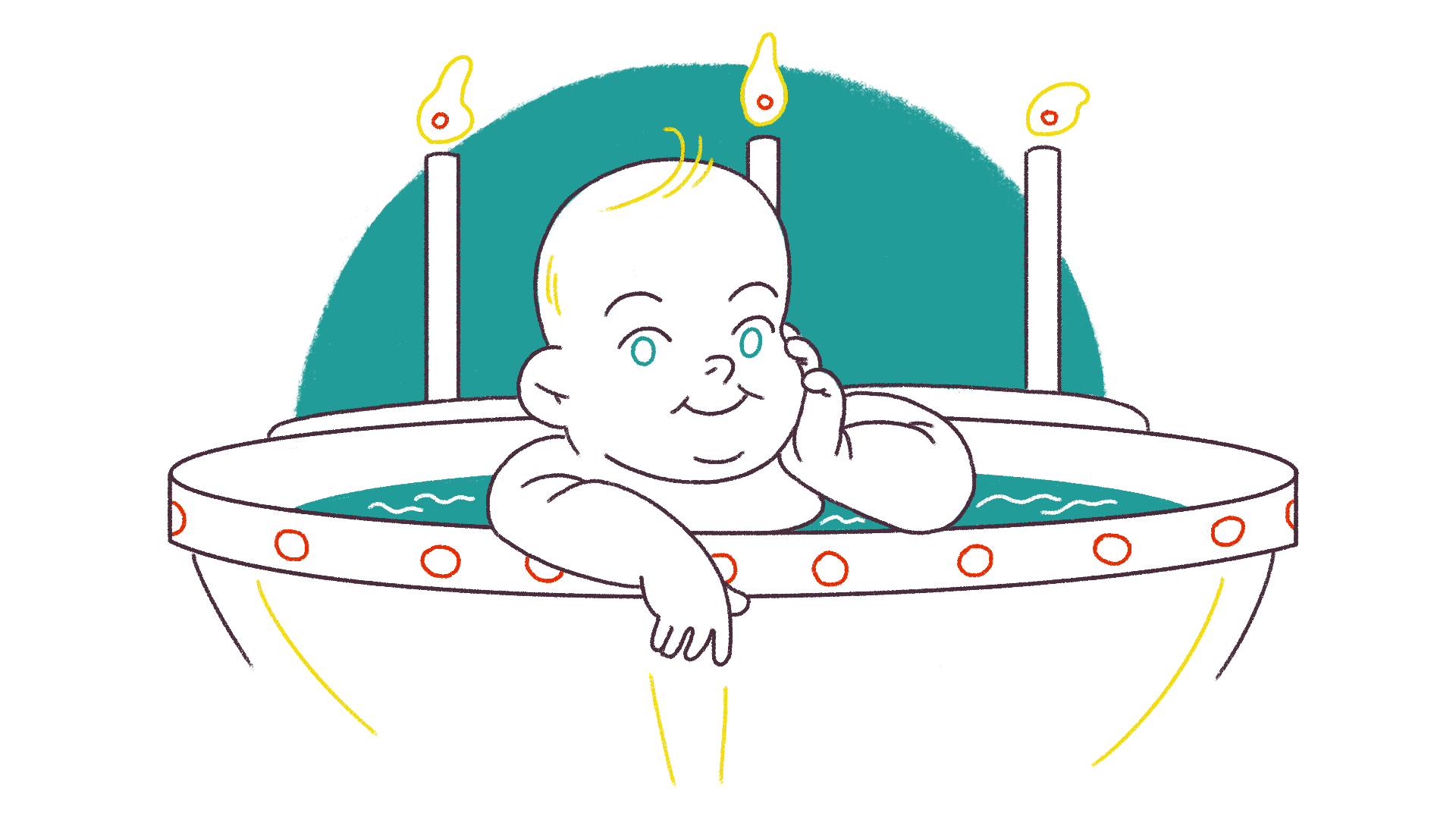 Baptism is the most important Christian sacrament. It gives a person access to all other sacraments, most notably, Eucharist (also known as Holy Communion).

In Orthodoxy, baptism can be performed over infants (usually older than 8 days). Parents and godparents are responsible, in this case, for bringing up the child in the spirit of Christian faith. As baby can’t yet take part in Eucharist or fast, things like this are performed by the baby’s parents “for him”.

If a baptised child is less than 7 years old, then consent of his/her parents only is required in Orthodoxy. For children from 7 to 14, consent of both parents and child himself is needed, and after 14, everyone can decide for themselves.

In Catholicism, paramount importance is assigned to the act of free will – a person must consciously choose Christianity. This is why baptism is recommended to be performed at an age from 7 to 12, so that the baptised persons would make the decision themselves. However, currently baptism is generally performed within a month or two after the baby is born, and immediately if the baby's life is in peril because of some illness. 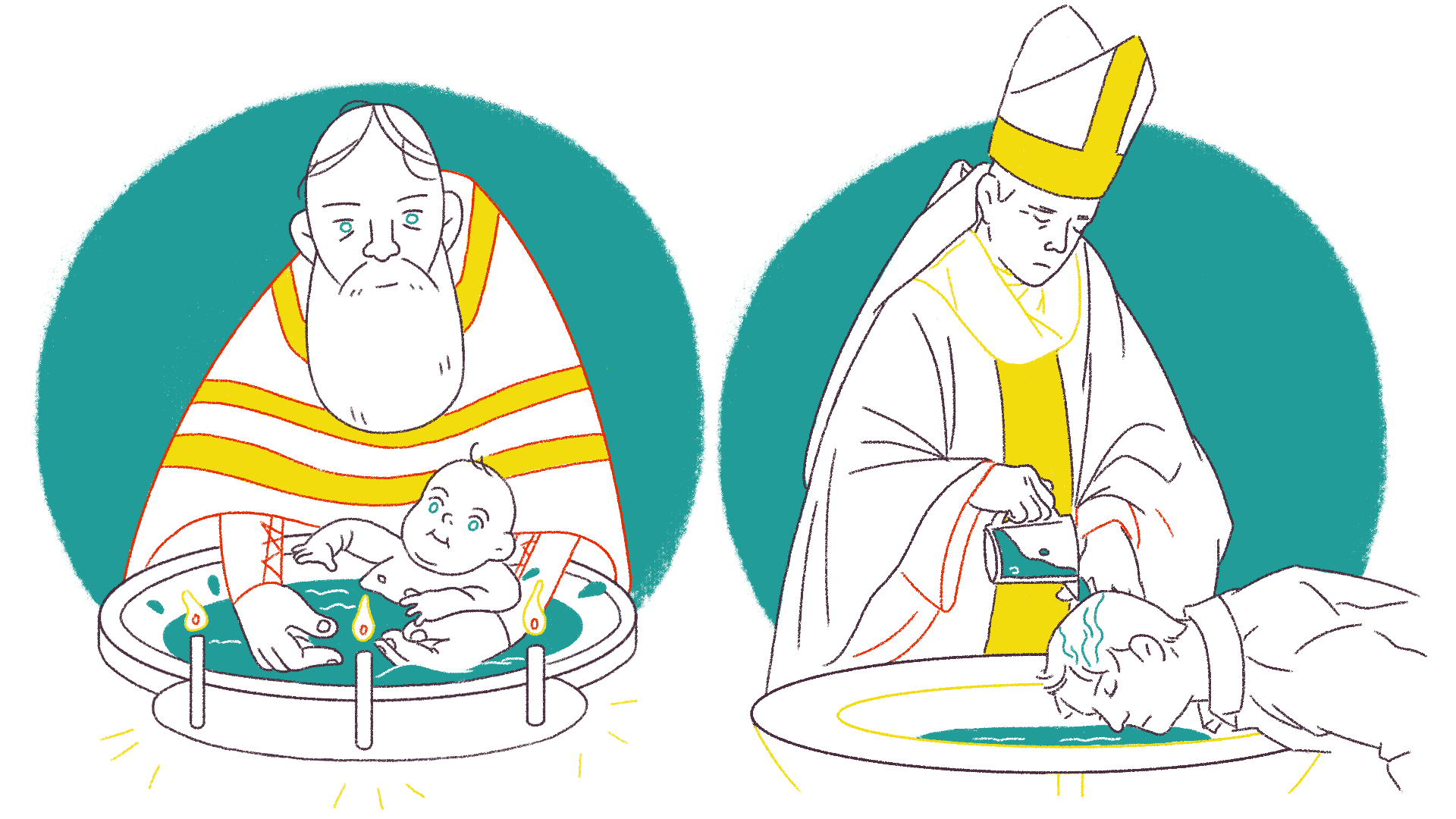 Baptism is performed almost always with water (with rare exceptions. According to the Canons of the Apostles (4th century AD), a dying man who wishes to enter Christianity can be baptised using even sand).

In Orthodox tradition, baptism includes three full submersions (or immersions) into a baptismal font filled with holy water – each submersion for Father, Son, and the Holy Spirit. Threefold submersion also symbolizes death and rebirth of Christ. Baptism by pouring or sprinkling water is allowed only as rare exception.

On the contrary, in Catholic church threefold pouring water over head of the baptized, or even threefold sprinkling are normally used – although submersion is gaining popularity recently. 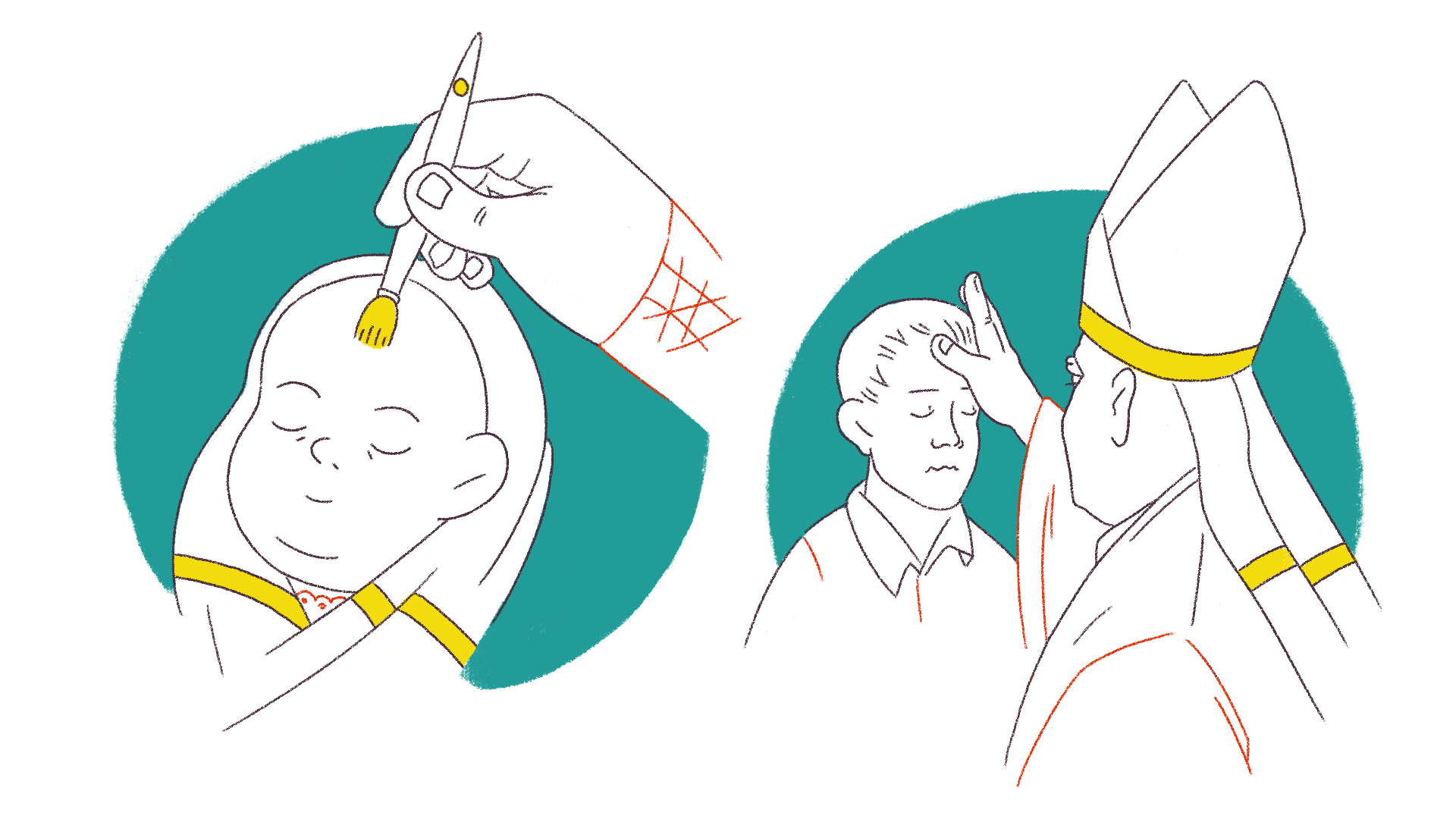 In Eastern churches, including Russian Orthodox, chrismation is a sacrament (Sacred Mystery) that must be performed after baptism. It is so called because it is anointing the recipient of the sacrament with chrism, or myrrh – consecrated oil that was sanctified by the Apostles to symbolize laying on of hands by the Apostles.

In Catholic as in Orthodox churches, chrismation finalizes the process of including a baptized person into the communion. Without chrismation a person isn’t allowed to take part in Eucharist.

In Catholic church, chrismation is also performed after baptism, but isn’t considered fully valid. Confirmation, which finalized the process of the person's association with the church, is performed over children of 11 to 13, who are considered having consciously chosen their faith at the time. Confirmation is only performed by a priest in the rank of a bishop.

Other parts of baptism are approximately the same in Catholic and Orthodox traditions: both include reciting the Nicene creed, denouncement of Satan (before baptising), and after baptism – putting on white clothes and lighting a candle. In Orthodoxy, though, a part of the baptized person’s hair is cut off – a sign of trusting God with the baptized person’s fate.

CORRECTION: The article previously stated that baptism in Catholic church is not recommended to be performed over infants, but is performed in may countries. Our readers pointed out that baptism is generally carried out in the Roman Catholics faith within 6 weeks and immediately if the baby is suffering from any potential life threatening illness. The article has been corrected to include this information.