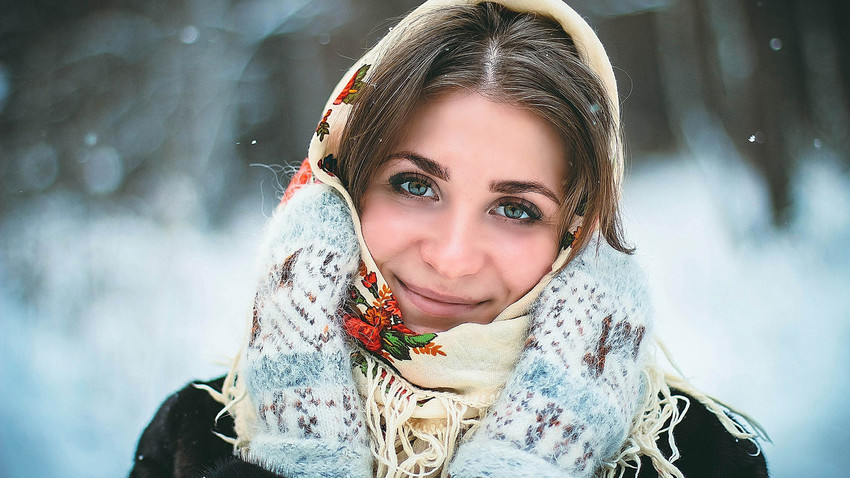 Getty Images
Love is of course a complicated thing, but here are some clues to help you understand if you are the one, or destined for the gutter.

👍She looks after you

If she finds out that you have had a takeaway and is angry with you, this means something. Or she scolds you when you send her a selfie and she sees that you are wearing a light jacket during the winter. It’s the small things that show she cares.

"She will not only cook for you and create a cozy atmosphere, but also spring small surprises, send you cute little messages and for your birthday give you the very thing which you mentioned in passing a year ago," says 31-year-old Ivan.

👍She jokes with you

Russian girls really appreciate a sense of humor in men and don't like to be bored.

If a girl is glued to her smartphone and doesn't say much, most likely you are of little interest to her. But if she hoots with laughter and banters with you, there’s chemistry.

Stock up with jokes, watch your favorite stand-up comedy sketches again, and conquer her with your wit.

"If a girl starts crying in your presence, this also means a lot," says 29-year-old Ilona. "Most likely it means that she trusts you and is not afraid of showing her feelings."

👍She wants to spend time with you

Her excuse, when you suggest meeting up, that she can't because her granny's cat has fallen ill should set small alarm bells ringing.

"If a girl wants to spend time with you, she will skip work, cancel manicure appointments, and possibly even lie to her mother!" says 37-year-old Maria.

She may also try to visit you in your own country. Let's hope she comes without her mother!

👎She ignores your opinion

Despite today’s wave of feminism, many Russian girls are brought up in to treat the man as the head of the family. A father's opinion always carried weight! (Even if he used to give all he earned to his wife and was afraid of her).

"If you feel that your opinion and wishes are being ignored and that you are not being looked after, most likely you are not loved," explains Anna, 32.

👎She doesn't make plans for the future with you

Russians have a joke: "He wrote to her to say ‘hello’, and she has already imagined herself married to him and having three children." Of course, this is an exaggeration but there is some truth in it.

Many Russian girls want to get married as quickly as possible, and look at their boyfriends as future husbands.

"Don't be surprised if she asks you what name you would like to give your joint child before you have even had sex – it is normal, and even a good sign!" believes Andrey, 40. Also, be sympathetic if she gets upset that your reply doesn't coincide with the name she has already chosen.

👎She doesn't reply to your messages

"When a Russian girl is in love she sends text messages for the most trivial reasons," says Anton, 23. But if she is online and hasn't even read your message, you are in trouble.

Russian girls can be control freaks. They need to know where you are, and who you are, and, if you don’t reply, they usually conclude only two things: you have died or are dying.

How do you know if a Russian guy loves you? It is very straightforward: if he has asked you to live together, it means he loves you 100 percent.