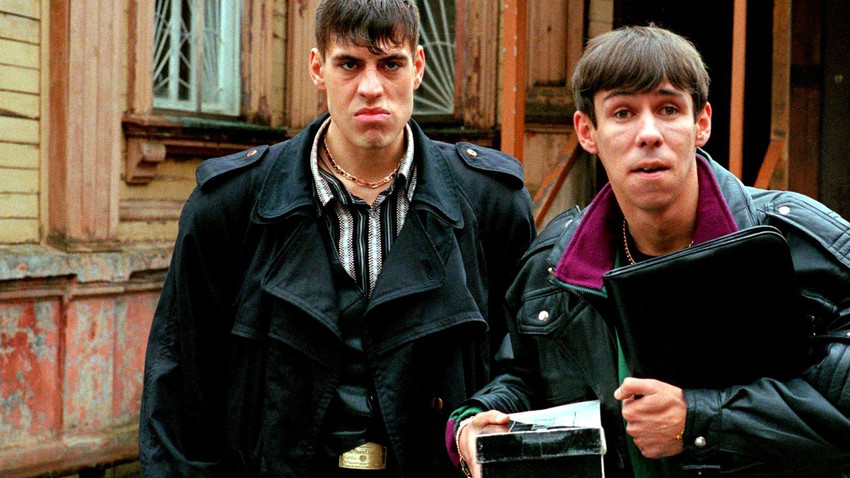 STV
These personalities have inspired hundreds of jokes, but who are they exactly?

In Russia you’ll encounter all kinds of jokes about politics, sex, and even mothers-in-law, but there are also hilarious anecdotes that revolve around archetypal characters, from legendary spies to celebrated war heroes. Here is a list of seven stock characters most likely to feature in a Russian joke. 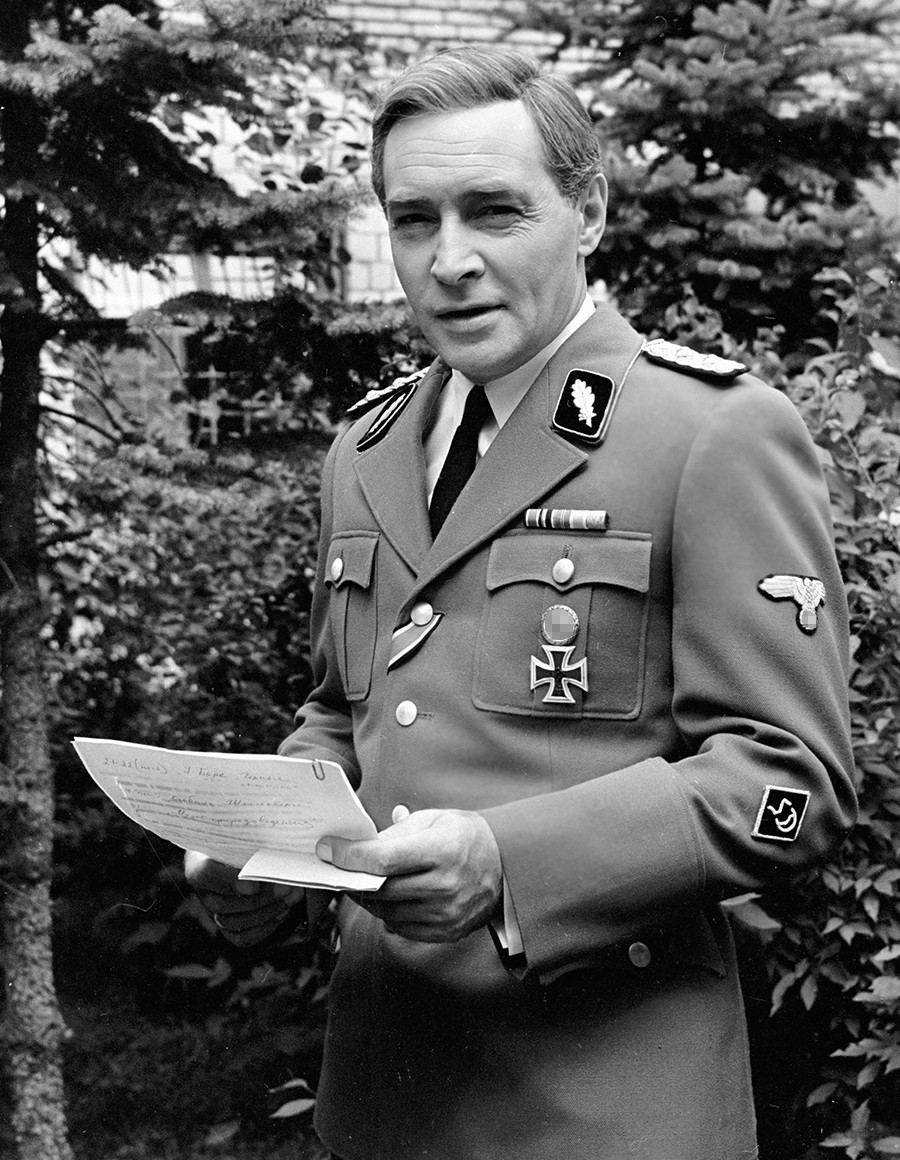 Max Otto von Stierlitz, otherwise known as the “Soviet James Bond,” is a fictional spy that famously embarked on an undercover mission to infiltrate the German high command in 1945. He was the leading character a popular book series, which was later adapted into a television series called “Seventeen Moments of Spring.” Most Stierlitz jokes adopt a deadpan style imitating the television voice-overs to satirize the protagonist’s shortcomings and mock his ongoing rivalry with the Nazi general Heinrich Müller. Despite the serious tone, the anecdotes are full of hilarious puns and ingenious word plays.

While has become the butt of common jokes in popular culture, he is still a much-loved character in Russia. It is rumored that President Putin was a huge fan of the double-agent growing up because he admired his integrity and skill. This is what he said about the series: “What amazed me most of all was how one man's effort could achieve what whole armies could not.” Take a look at some of the funniest Stierlitz jokes:

- While wandering around the streets of Berlin, Stierlitz notices that people are staring at him suspiciously. "They’ve spotted me! I wonder why. It could be my masculine Russian features... or could it be this parachute on my back?”

- Stirlitz entered Müller's office, and found him dead on the floor. "Must have poisoned himself," he thought as he pensively touched the axe in Müller's back.

- approaches Berlin, which is veiled in smoke from widespread fires: "Must have forgotten to turn off my iron,", he thought with slight irritation. 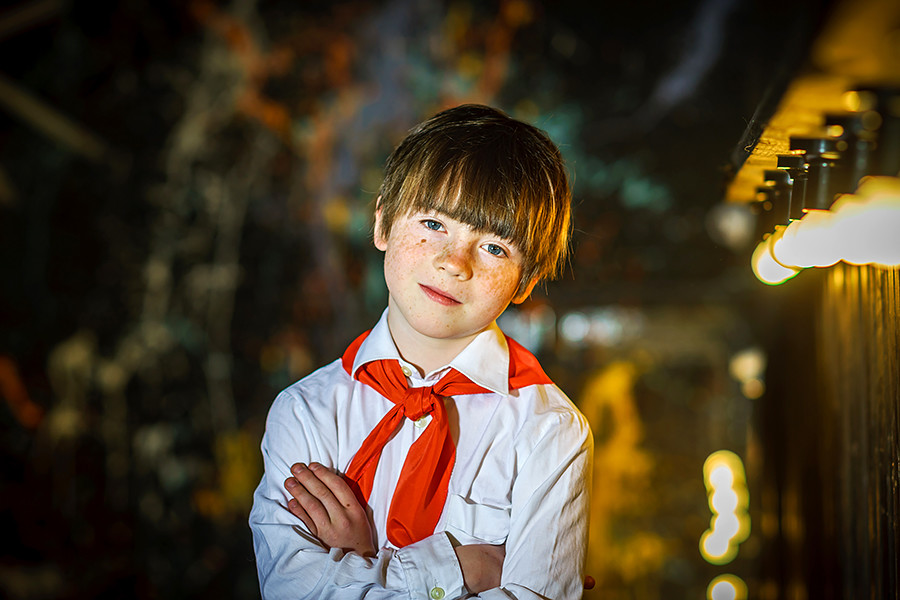 “Vovochka,” the diminutive form of the name “Vladimir,” is the Russian equivalent of “Little Johnny.” Don’t be fooled into thinking he’s an innocent young child because of the “little boy” effect - ironically it’s quite the opposite. He’s Russia’s very own Bart Simpson, but way more misbehaved. He’s a foul-mouthed kid who engages in underage drinking, smoking, and swearing and is prone to making crude jokes as well as sarcastic comments when addressing his parents and his schoolteacher Maria Ivanovna.

- The teacher asks Vovochka, “What’s 5+5?” / “Eleven,” answers the boy. “Vovochka, please take your hands out of your pocket whilst counting!”

- Vovochka is doing his homework. In the textbook, there is a question: What separates the head from the body? He answers gloomily: An axe. 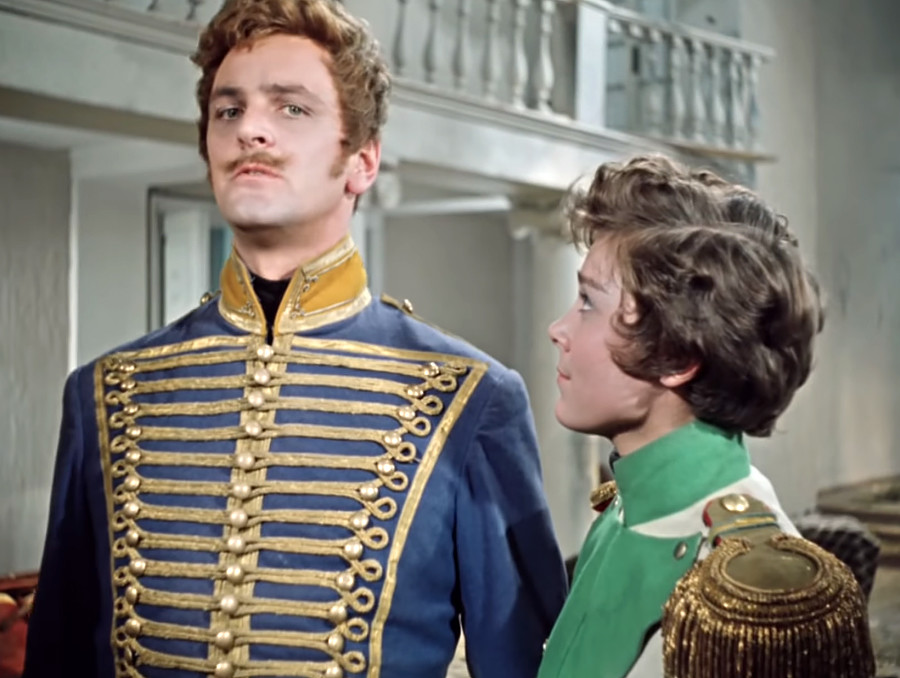 Poruchik Rzhevsky is a character that first appeared in the 1940 play Long, Long Ago written by Alexander Gladkov and later the 1962 musical Hussar Ballad, one of the best comedies made in Russia. He is usually depicted as a disrespectful officer who lacks sophistication and class, but still has access to high society events because of his military rank. His vulgar behaviour is often contrasted to the elegant mannerisms of the aristocratic elite in a comical way. Poruchik jokes sometimes feature Natasha Rostova and Pierre Bezukhov, well-known characters from the novel War and Peace by Leo Tolstoy.

- Natasha Rostova dances with Pierre Bezukhov at a high society ball: "Pierre, isn't that grease on your collar?" / "Oh my, how could I miss such a terrible flaw in my costume, I'm so embarrassed!" [he retreats in shame] / Then, she dances with Prince Bolkonsky: "Andrew, isn't there a food stain on your tunic?" [he faints] / Finally, she dances with Rzhevsky: "Poruchik, your boots are all covered in mud!" / "It's not mud, it's shit. Don't worry, mademoiselle, it'll fall off once it dries." 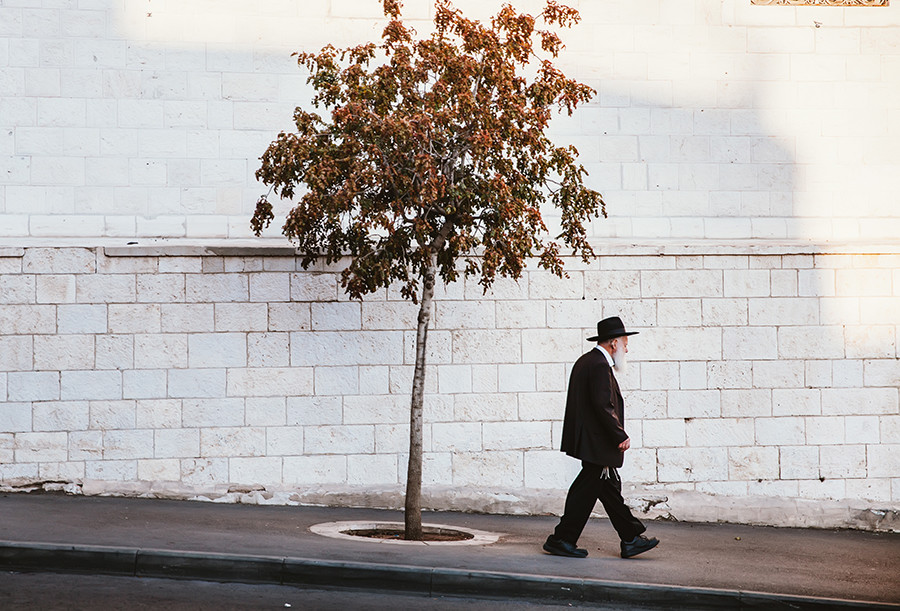 Rabinovich (an obviously Jewish surname) is a stereotypical Soviet Jew with a crafty demeanour and a sceptical outlook on life. He is often portrayed as a bitter, cynical character who dislikes government officials and dreams of returning to Israel, his homeland. You might come across jokes where he is referred to as an , a person who is denied permission to emigrate from  the Soviet Union.

- Official: Your application says you have no relatives abroad, but elsewhere you mention you have a brother in Tel Aviv. How can this be true?

Rabinovich: Yes, but he's not abroad, I am!

- “Comrade Rabinovich, why weren’t you present at the last meeting of the Communist Party?”  “No-one told me it would be the last one. If I had known that I would have brought my whole family.” 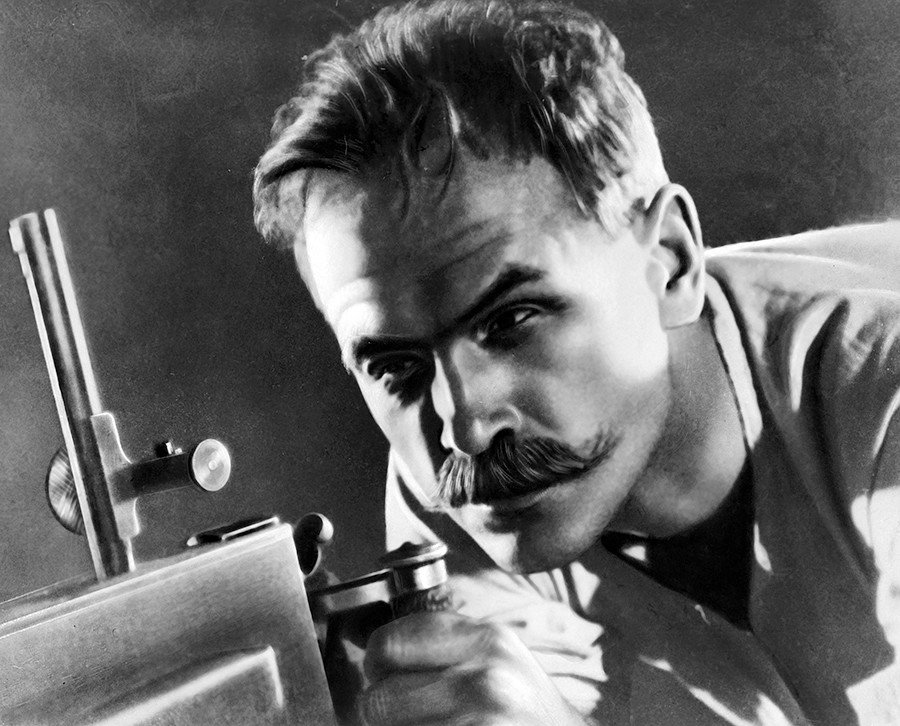 Vasily Chapayev, a famous soldier who fought in the Russian Civil War, is remembered for his heroism and gifted talents as a commander of the Red Army. He has become a revered idol thanks to the writer Dmitry Furmanov, who wrote a popular novel called Chapayev, in which the fearless commander leads an attack against White Army troops with the help of his two sidekicks; his loyal comrade Petka and the machine gunner Anka. The book was later turned into a successful film by the Vasilyev brothers in 1934. The revolutionary hero still appears in films, novels, songs, video games and, of course, countless jokes.

- "I flunked my history exam, Petka. They asked me who Caesar was, and I said it's a stallion from our 7th cavalry squadron. " / "It's all my fault, Vasily Ivanovich, while you were away, I reassigned him to the 6th!"

- Chapayev, Petka, and Anka, while hiding from the Whites, start crawling across a field: Anka first, then Petka, and Chapayev last.  Petka says to Anka, "Anka, you lied about your proletarian descent! Your mother must have been a ballerina - your legs are so fine!" / Chapayev responds, "And your father, Petka, must have been a plowman - the furrow you're leaving behind you is so deep!” 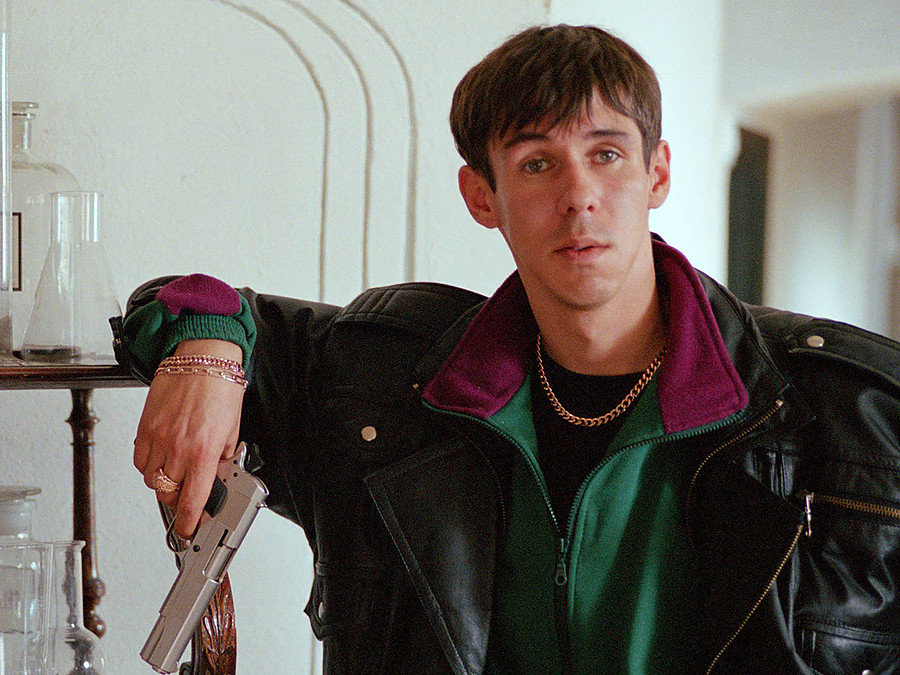 In the post-perestroika period, following the collapse of the Soviet Union, a myriad of jokes emerged about a new class of corrupt businessmen and gangsters called “New Russians.”  When Russia transitioned to a free-market economy, these men became overnight millionaires because they employed criminal tactics to get rich quick. They are stereotypically depicted as overweight men dressed in gaudy, crimson suits and gold chains, driving around in luxury cars and bragging about their newfound wealth.

- A police investigator asks a New Russian: "Do you have an alibi?" / "Yes, I do. Can I pay in foreign currency?"

- A New Russian ends up in a car accident. He stumbles out of his car, and his left arm has been torn off. He starts yelling "Oh God, my car! My car!" A bystander says, "Your car? Look at your arm!" He looks down and says, "Oh God, my Rolex!"

- A New Russian's son complains to his father: "Dad, all my schoolmates are riding the bus, and I look like the odd one out in this 600 Merc." / "No worries, son. I'll buy you a bus, and you'll ride like everyone else!" 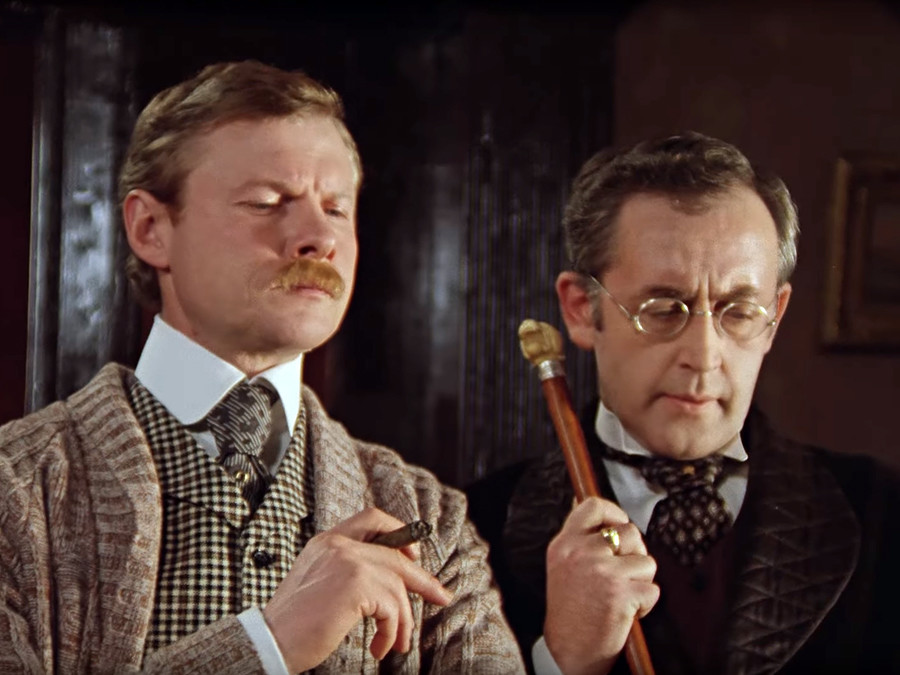 Russians have always been great fans of Sir Arthur Conan Doyle’s short stories about the British detective Sherlock Holmes and his assistant Doctor Watson. In the 1980s, a critically-acclaimed film adaptation of the stories was broadcasted on Soviet television and it became an instant hit all over the country, giving rise to a number of jokes about the British sleuth and his companion. It is one of the best TV series to be made in Russia and is recognized internationally as a cultural masterpiece. Vasily Livanov, who plays the protagonist in the television series, was awarded an OBE (Order of the British Empire) for his outstanding portrayal of Sherlock Holmes.

Fun fact: The following anecdote was once voted the world’s funniest joke.

- Sherlock Holmes and Dr. Watson are going camping. They pitch their tent under the stars and go to sleep. In the middle of the night Holmes wakes Watson up: "Watson, look up at the stars, and tell me what you see.” Watson says: I see millions of stars and even if a few of those have planets, it's quite likely there are some planets like Earth, and if there are a few planets like Earth out there, there might also be life. Holmes replies: “Watson, you idiot, it means that somebody stole our tent.”