3 reasons you’re not funny in Russia 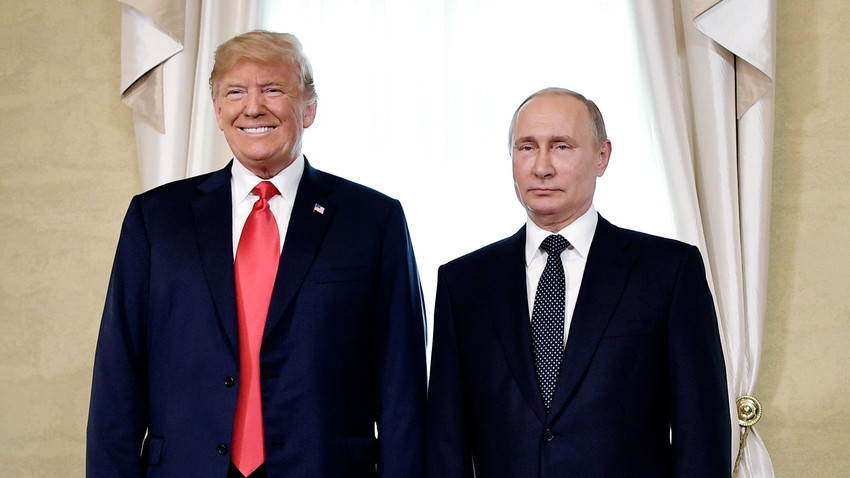 AP
An American writer living in St. Petersburg explains why you need to rethink your sense of humor before coming to Russia. Or better yet, just put it on hold.

If you’ve been to Russia and then headed home to tell all of your friends that Russians are serious and never smile or laugh, I’ve got some bad news for you.

You’re just not that funny.

Here are three reasons you’re not funny in Russia.

Many of my Russian friends have varying experiences with foreigners. Some have spent time abroad, and some have a thorough ‘education’ thanks to American sitcoms. Often, I get questions regarding humor from the latter group. Questions like when my friend Ivan asked:

“Why are Americans so obsessed with each other’s mothers?”

And I told him, “because it is funny?”

And I thought, well…I don’t know!

But I told him, “because mothers are funny?” hoping he’d laugh at my awkwardness and we could move on.

So, I said, “like if you asked why I was in Russia and I told you ‘I’m here to pick up your mom at the troll farm…you know?”

He thought it over for a minute before shaking his head.

“Well, because—like trolls are ugly, so I am calling your mom ugly. And—uh, well, you guys have hacker troll farms, right? So. It is funny.”

And he gave it a genuine amount of thought before confidently informing me, “that’s not funny.”

I shrugged. “No—I suppose not.”

I have a bit of an unhealthy fascination with babushkas. There is a fearful power that surrounds them, a stability and an anger, and I have a sneaking suspicion that they are all capable of taking large bites of flesh. My friend Ivan knows this, and last year when we went to his grandmother’s for New Year’s dinner, I asked playfully, “is your grandmother a baBOOshka?” stressing the “oo.” He stopped, held my shoulders and said:

“My grandmother is a BAHbushka. Not babOOshka; your demented imagination’s insensitive interpretation of the Russian elderly.”

“Oh,” I said, realizing I offended him with my attempt at humor.

And he said, “it’s okay, just remember—never make fun of people’s grandmas. You can make fun of babOOshaks, but never BAHbooshkas.”

And I never have.

2. Using humor to escape the awkwardness of a situation

When you speak the same language as someone your conversing with, tone plays a very important role. To another American they can usually tell when I start using humor to escape a conversation. In Russia, this tactic is much trickier. Most of the time you wind down a rabbit hole of doubling down on the last thing you said.

Take, for example, a man I met in a bar who decided to tell me a bit about his childhood.

“And we would throw them in the fire and they’d explode. It was so much fun! There were many bullets everywhere back then.”

He frowned. “No, it was very dangerous.”

“Right—I mean, at least you weren’t shooting each other.”

“No, that was our parents.”

“Because they weren’t shooting you?” I tried.

He looked thoughtful, “well, sometimes maybe. But, no—that wouldn’t be good. What was America like for you?”

And I shrugged and said, “oh-you know, the same.”

“Really?” he said. And I could tell that he was trying to reconcile everything he knew about America with the lie I just told him in an attempt to awkward-funny my way out of the conversation.

This goes hand in hand with the dilemma of sarcasm. It is a common misconception among both Americans and Brits (though they often will fight with each other over this very thing) that countries they visit don’t understand sarcasm. Here is the problem: trying to understand sarcasm through the messy fog of culture-gaps and language-barriers is exceptionally difficult.

Many times, I have heard from westerners that Russians don’t understand sarcasm, only to talk to Russians who explain quite simply: Russia is made of sarcasm and irony, they are in the soul of everything you’ll find here. Even the birch forests and long winters are sarcastic once you get to know them well enough.

Not too long ago I was at a mac-n-cheese themed restaurant with my friend Ivan. (TIP: Russia isn’t the best place to go for mac-n-cheese.)

We hadn’t seen each other in a while, so when he arrived he hugged me very tightly. As the hug went on, I laughed and said, “Woah, calm down there Mr. Spacey.”

He pulled away with a confused look on his face.

“You know,” I explained, “Kevin Spacey, got drunk and molested a bunch of dudes?”

“Yeah man, it was all over the news.”

And we sat and had sub-par mac-n-cheese while lamenting over the fact that talented people sometimes bad-touch their friends.

But I never got my laugh.

The moral of this story is: if being funny is important to you and you’re planning a trip to Russia, then you might want to take note. Or do what I do, and become comfortable with only making one person in the room laugh: yourself.

Read more: Why Russians don’t differ much from Americans