How to be funny: Tips from an online cartoonist 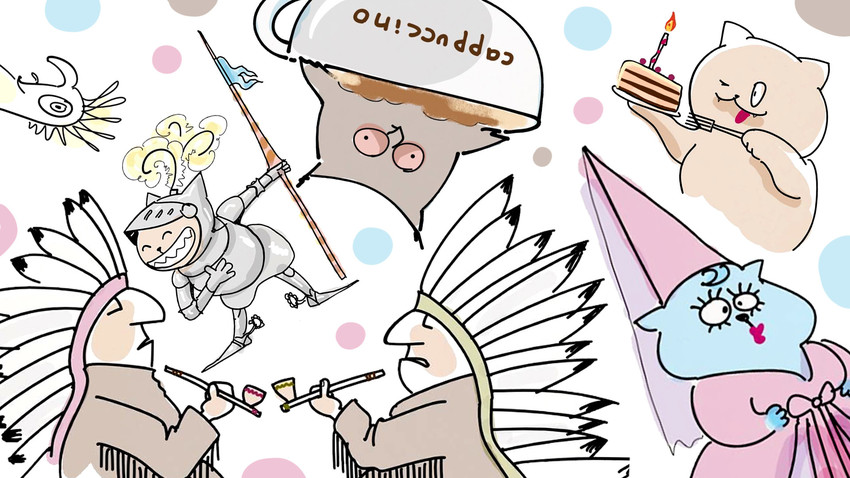 Kirill Anastasin
You don’t have to be a born comedian to be funny. And to be a cartoonist, you don’t need to be able to draw. Kirill Anastasin, creator of the popular cartoon blog Komikaki and former employee of Russian Internet giant Yandex, shared the secret of popularizing a favorite pastime.

Nobody suspected that Russian goalkeeper Igor Akinfeev’s leg would become a national hero and the World Cup’s most memorable meme: “The Leg of God!” as it was baptized after the historic Russia-Spain match. This latter-day miracle sent Russia into the World Cup quarterfinals for the first time since the Commies left power.

But even before one limb became more popular than the rest of the squad put together, 40-year-old cartoonist Kirill was ready with stylus and iPad in hand. Like many, he too watched the match live. 15 minutes after the ball hit the keeper’s leg, he published this 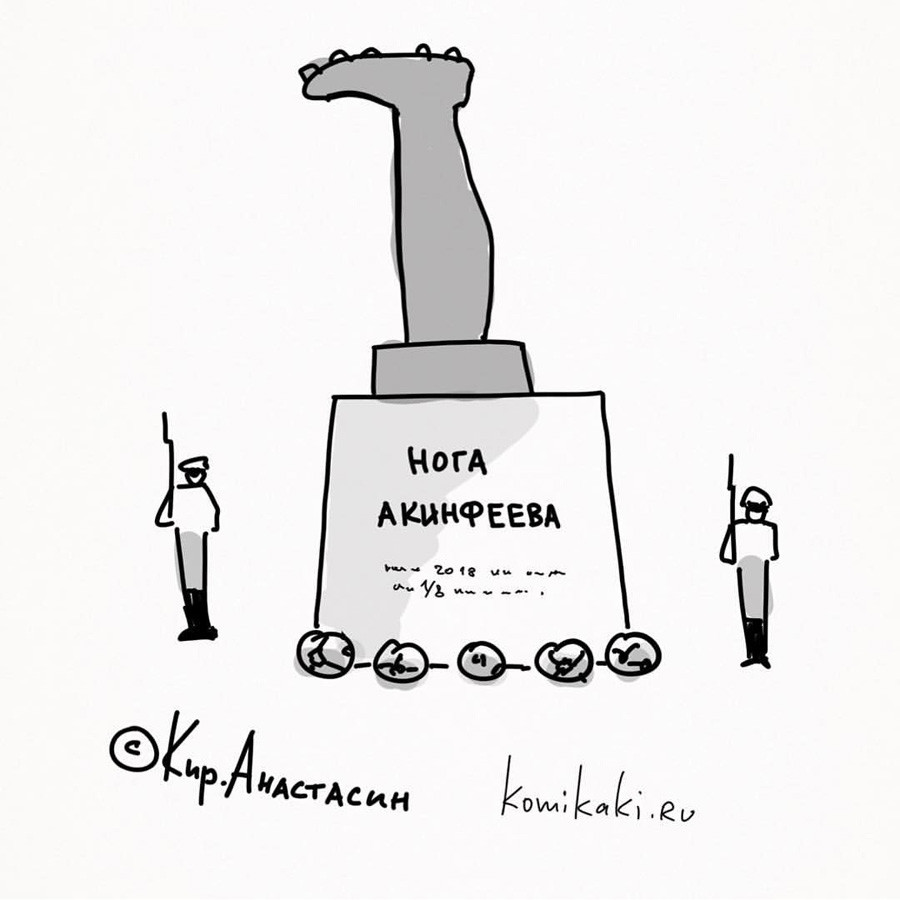 “It's not wholly true that Russia won thanks to Akinfeev, who jumped the wrong way but managed to stick his leg out. There were many other factors, it was a team effort,” says .

But he quickly realized (correctly it turned out) that the leg — the final play of the game — would get all the glory. What did he do? Went overboard, and put up a monument to the Leg of God.

Although that could never actually have happened, the wind at the time was blowing in that direction. His drawing even landed on TV. He caught the zeitgeist. And that, according to , is one of the components of success. 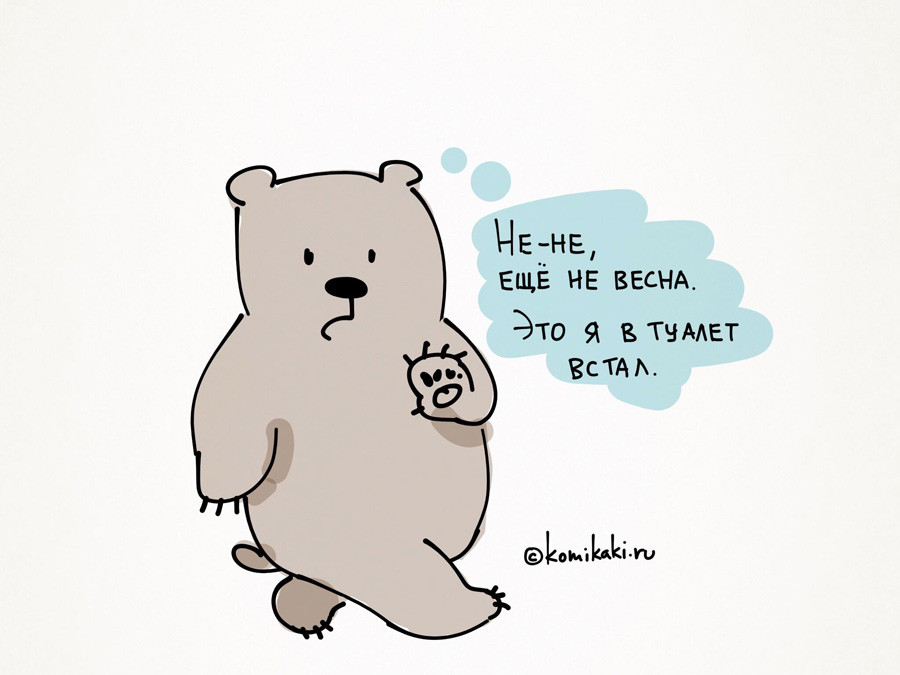 “No-no, it’s not spring yet. I just need to use the bathroom” 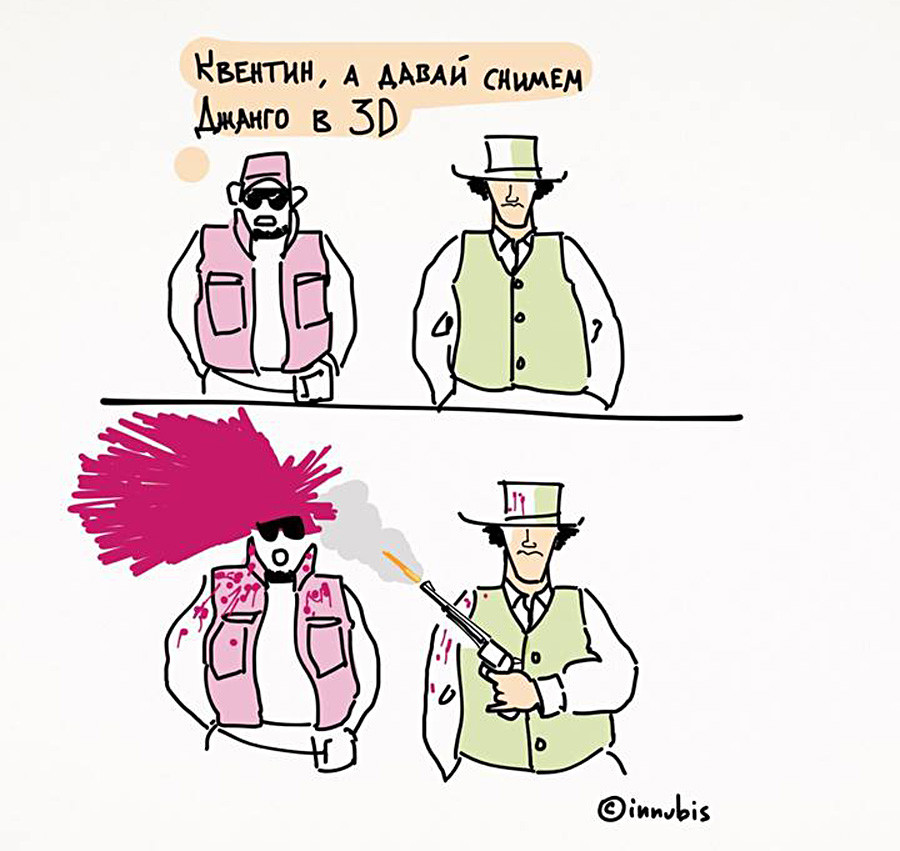 “True, if you think about why a particular work is successful, first of it’s about good content. There's no such thing as a normal joke — there'd be nothing to talk about,” he says.

has been drawing since childhood. His parents didn’t stop him spoiling the wallpaper.

“I’ve always enjoyed making people laugh. At school, I showed my cartoons to classmates and watched their reaction closely. When they laughed, I felt great.”

His first regular character was Doc (a psychotherapist) 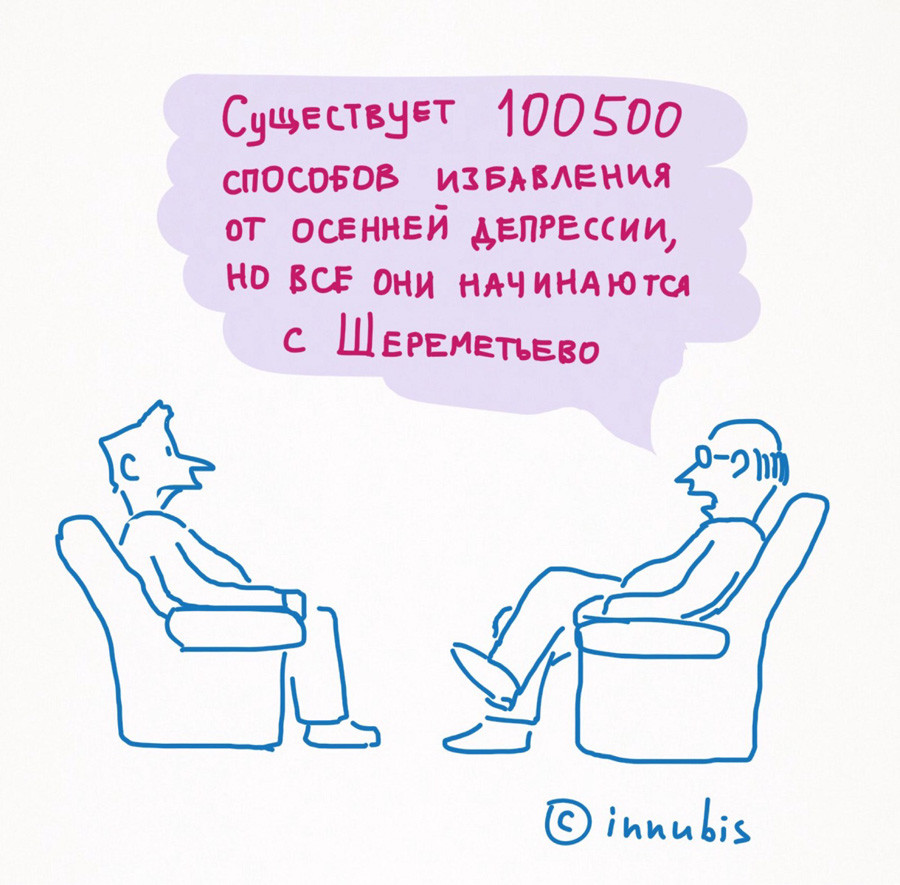 “There are 100,500 ways to overcome autumn depression, but they all start at Sheremetyevo [airport in Moscow]"

was the fall again. Gray, dull October. “Doc was suffering from autumn blues. Who else was there to turn to if not Doc?” recalls . It was six years ago when he first put his cartoons on Instagram (today he has 28,500 followers).

says that he is a very much a summer person, and isn't too fond of living in a country where winter can last six months. But when asked about leaving, at least for the winter, he shrugs his shoulders: “Good question. Wouldn’t be possible. I’m always getting mixed up in big projects with a helluva lot of work.” After these words, he shows a picture that perfectly illustrates what we’re talking about 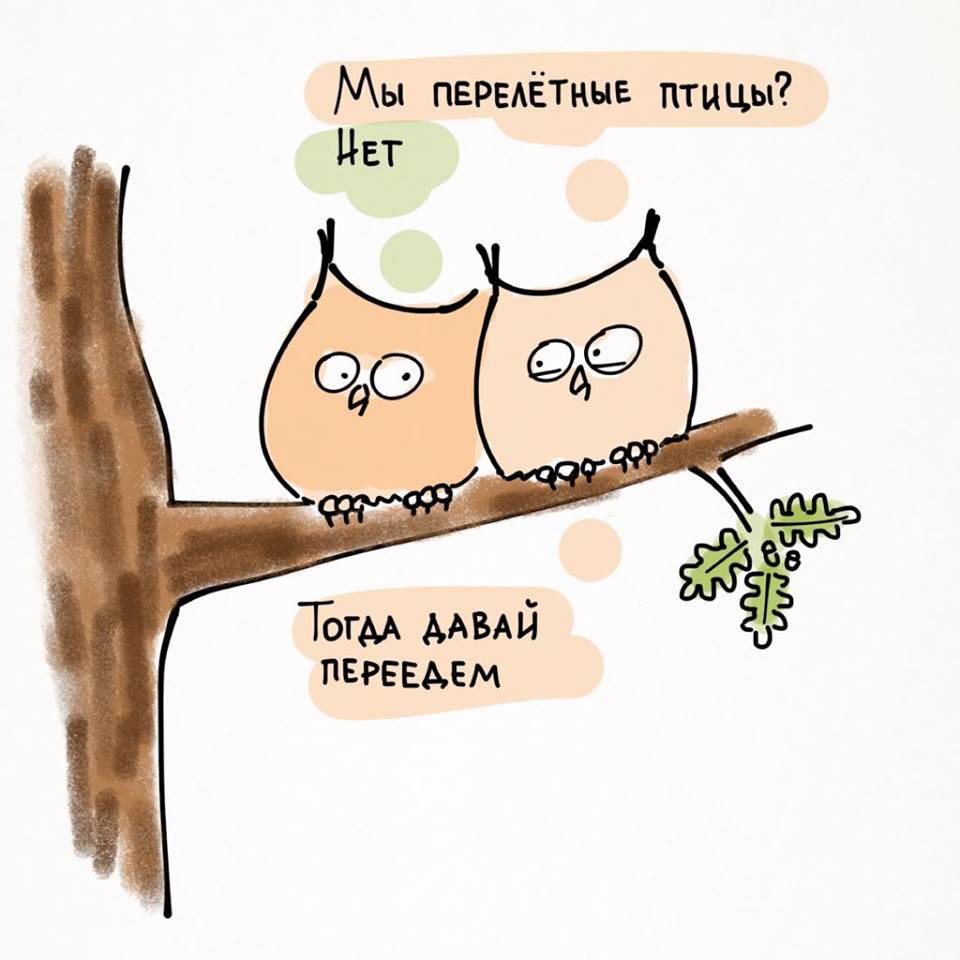 “Are we migratory birds?” “No” “Then let’s take the train”

subjects and characters arise from observations, introspective digging, and the ability to translate the seen and heard into funny images. “What I do is more like non-political cartoons in the style of The New Yorker. Ordinary life and everyday heroes. Real life is an eternal source of ideas. After all, not many of us have a politician round for tea every day of the week.”

“It’s about me!” is the secret of winning the audience, believes . “If you want your creation to be loved, it has to connect at a deep level. The viewer should say, 'It’s about me! About my morning today. Or about how I spilled tea yesterday. Or about my relationship with my girlfriend. Or about end-of-year deadlines driving me crazy.' You need to be able to empathize and express it all in a drawing.” 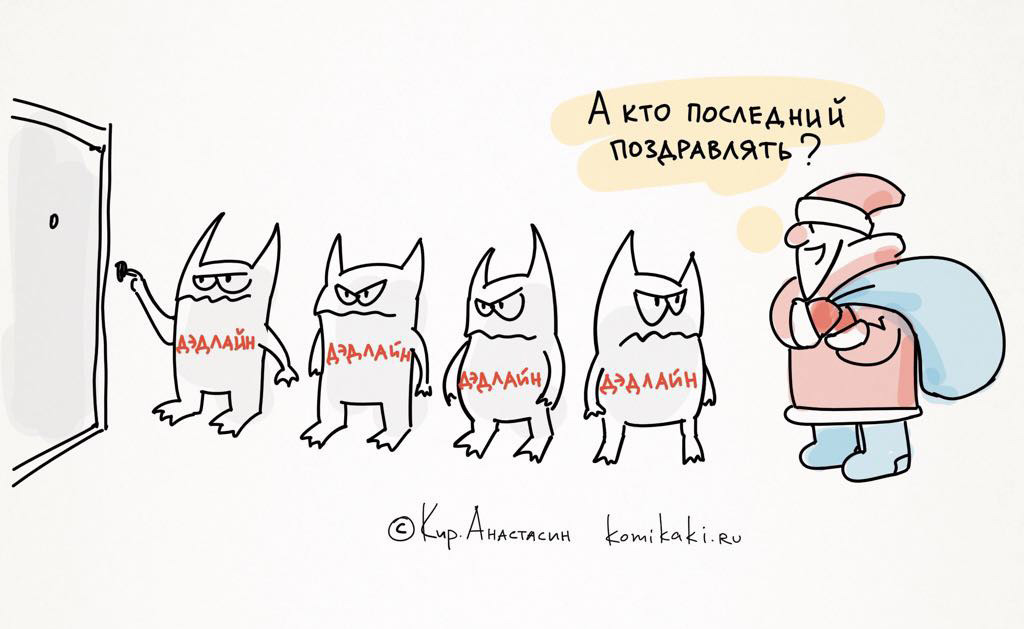 Text on the stomach reads: “Deadline.” Santa: “I guess I need to wait my turn.”

If you’re not sexist, don’t be afraid of accusations of sexism

Cartoons on hot-button issues always risk crossing the line. Even experienced cartoonists do it. An example is of Sirena Williams in the Herald or Charlie Hebdo’s infamous cartoon of Muhammad.

recommends watching the  “Anatomy of a New Yorker Cartoon” speech by Bob Mankoff, the ex-cartoon editor of The New Yorker, where he tells how to navigate sensitive topics and how, for instance, they treated 9/11.

But it’s self-censorship that is the real killer of creativity, he believes. And here, curiously, the artist is helped by faith in his own rightness.

“I don’t do political topics, but sometimes can’t avoid social issues. For example, I had the 'Daddy’s belt' cartoon and others about personal growth for women. 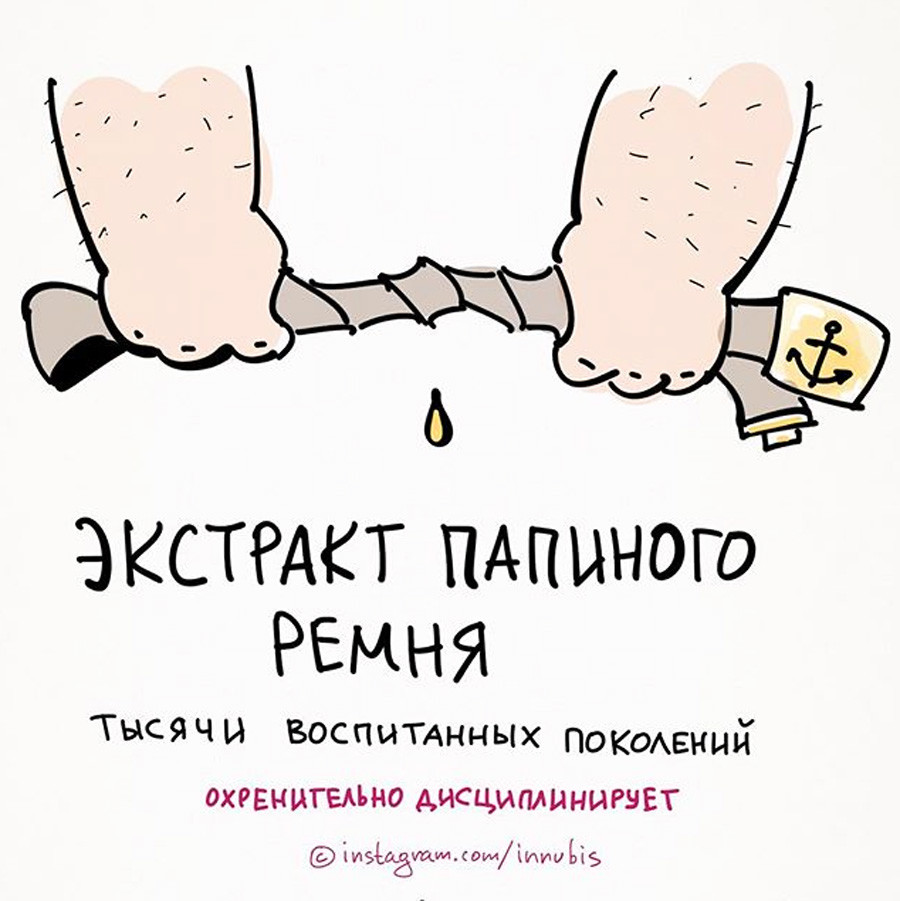 Some people took it without humor and felt I was calling for children to be beaten and that I was a sexist. What else can you do except joke? I’m sure I’m not sexist and I’m definitely against violence, and if I joke in a way that some people interpret as sexist, that's their problem mine. I just observe real life.”

In humor, believes , there is always a contrast, some contradiction or paradox. Events and phenomena intersect, which in everyday life should not overlap. Like a monument to a leg.

Or Godzilla and a car 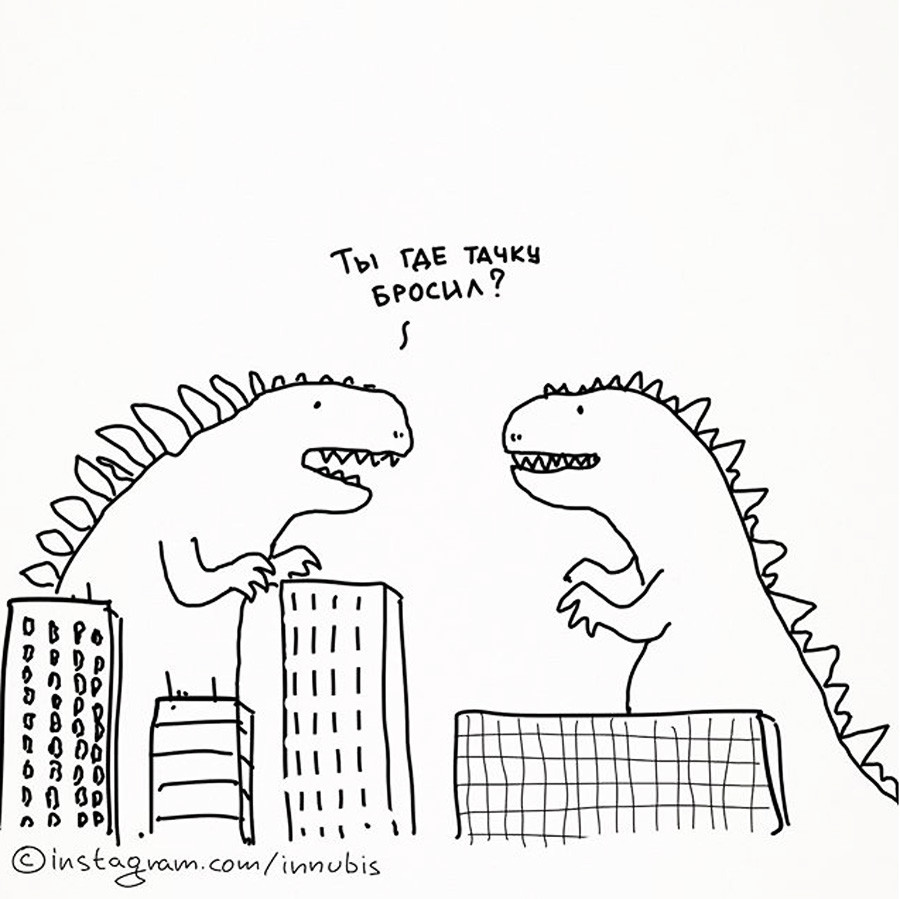 “Where did you park the rust bucket?”

searching for contrasts is the hardest part. If you want to learn how to joke, here’s some useful literature:

Good news for those who can’t draw: the trend these days is to keep things simple. believes that detailed, complex drawings today get “one-and-a-half” likes, in contrast to stick-figure images. 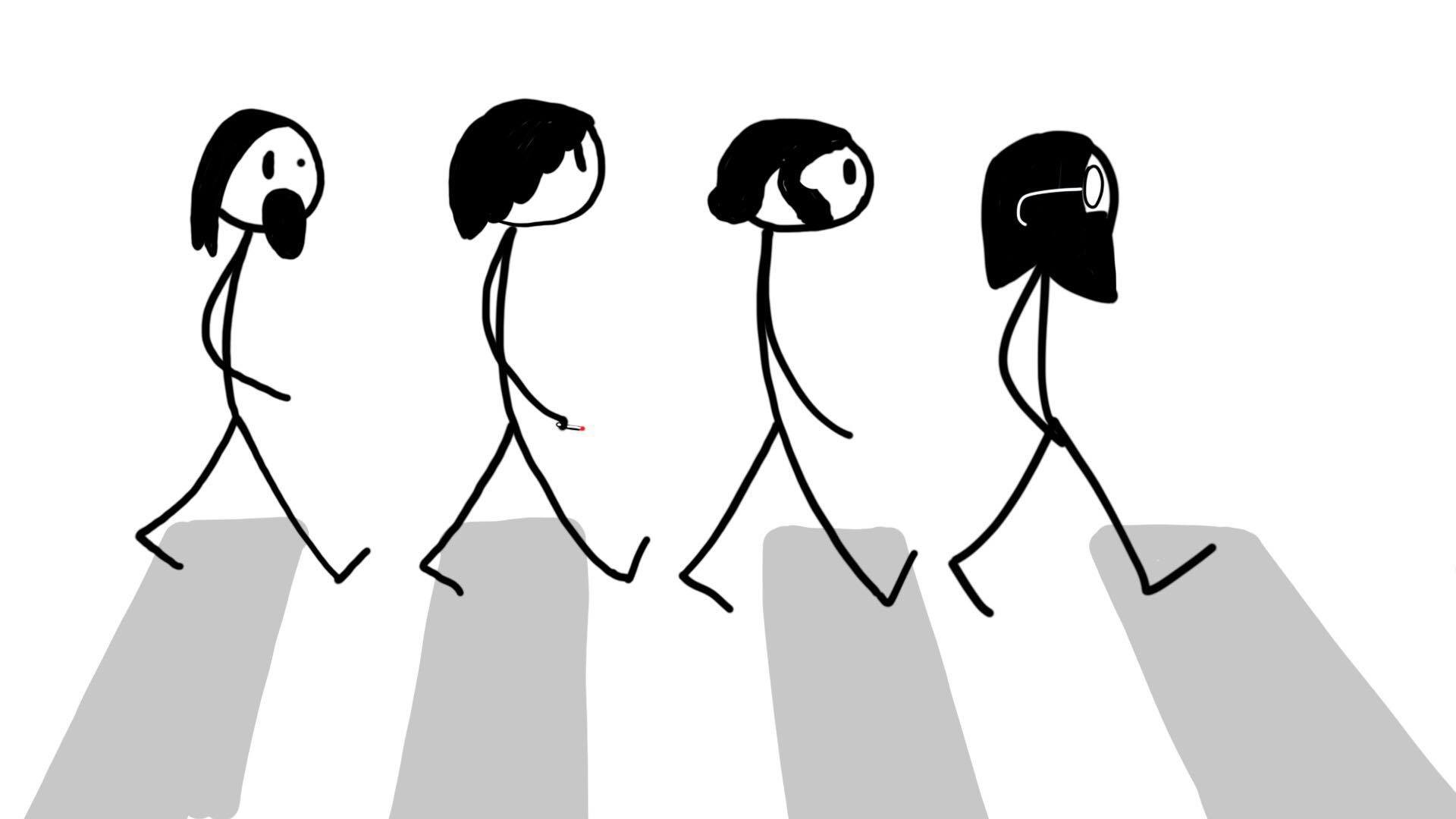 “The modern consumer of humorous content is not overly fussy: he doesn’t care about artistic talent. Look at Internet memes with Trollface, it's primitive. But that’s what the audience wants.”

It applies to ideas, too. The simpler, the better.

“I had a few unsuccessful efforts in terms of user impact, like this cartoon for smart alecs. Vedomosti’s economics columnist once called it an “IQ CAPTCHA 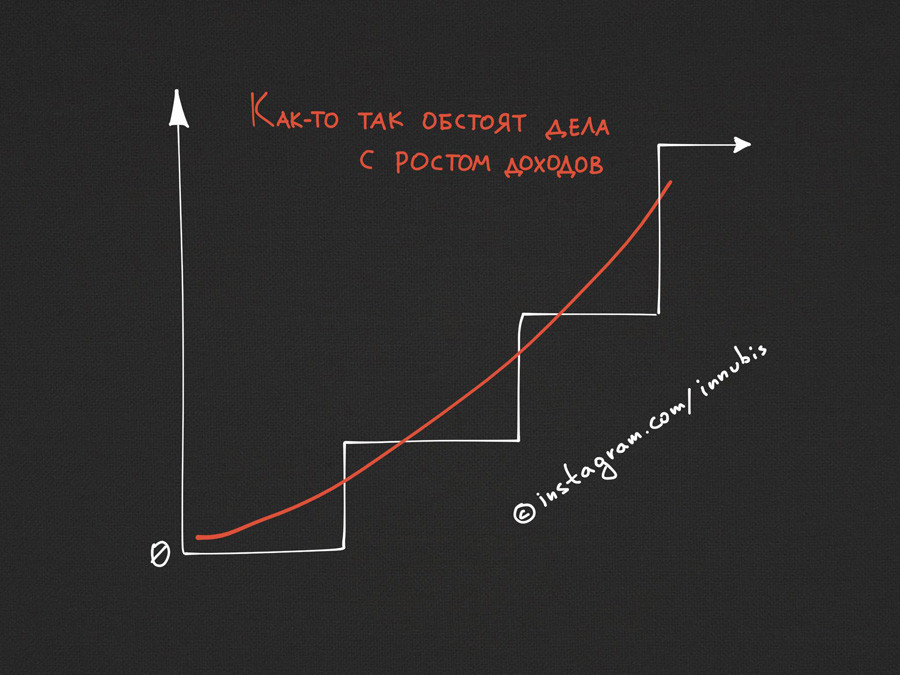 “This is how things basically stand regarding income growth”

it too counts as experience, he is sure: “Sometimes you just feel like saying something.”

On Oct. 4-5, Moscow will host the Great Eight creative industries festival, where Kirill and more than 200 insiders will talk about new opportunities and unique projects. 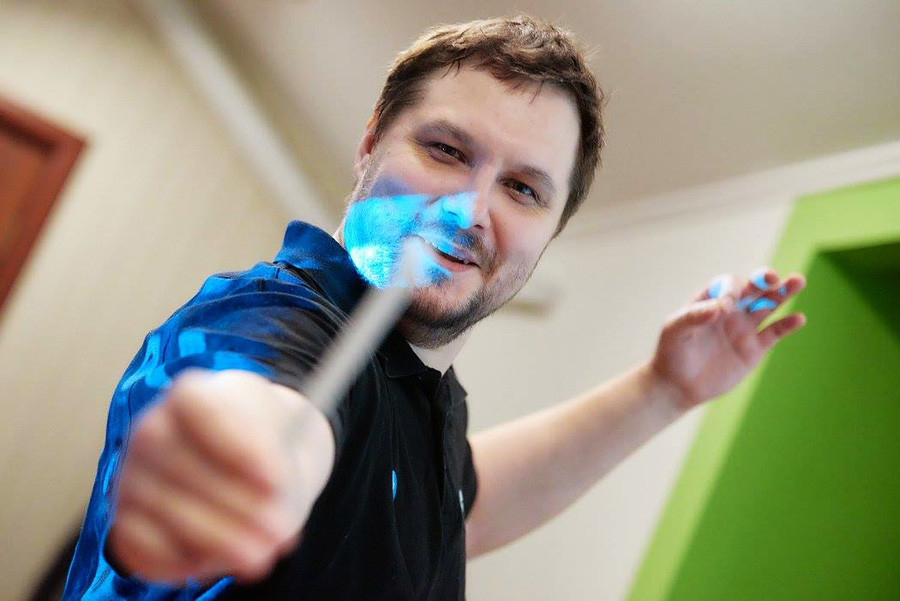