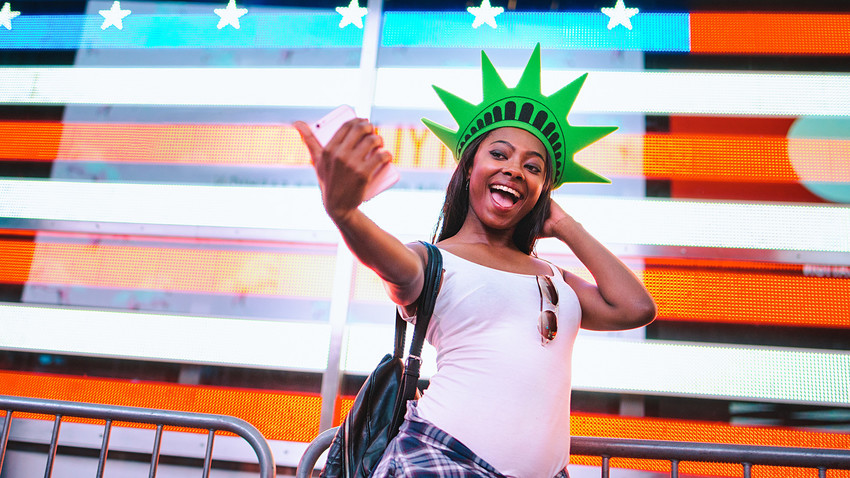 Getty Images
Self-confidence and an eagerness to start a business based an absolutely crazy idea – these are just some features of the American mentality that impress others!

Some American habits surprise Russians, such as an addiction to fast food and having warning labels for almost everything. But other things are useful and worthy of admiration.

In Russia people rarely praise themselves because it’s often seen as immodest and uncouth. That’s why many Russians are self-effacing, and even when given a compliment for a certain achievement they’ll dismiss it as nothing special. Modesty is a good trait, but the ability to promote oneself is far more useful for career advancement. Americans know that you have to be confident in your interview and always point out your achievements in your CV.

Most Russians start working only in the final years of university but still continue to live on their parents’ money. In the U.S., you can often see how even the children of wealthy parents work after school, and inheritance is not considered automatic. In the U.S., it’s generally not accepted to ask money from friends or parents, and many people would rather take a loan from a bank. Russians, however, will usually help their elderly parents.

8. Don’t care about other people’s opinion

If a Russian kid misbehaves then his parents say, "You can’t do it; what will people think!” This argument rarely works with American kids (and adults). It’s difficult to imagine an American who is trying to win the favor of others with his proper behavior. For Russians, the opinion of others is very important.

Since Soviet times, Russians have a habit not to throw anything away, especially seniors (though young people as well). Americans don’t mind selling their old things, even furniture, right on the lawn in front of their house. Also, it’s common to see collection containers in the U.S. where people donate things to charity. In Russia, this is also beginning to appear, but it’s not yet common.

In any American store they first greet you with a big smile. This is pleasant, but in Russia, excessive affability is perceived with mistrust and insincerity, and here’s why.

5. Be proud of your roots

If you ask an American where he came from, he’ll begin to tell you about his home city, state, and even about his ancestors, from where they came to the U.S. and how they became successful. Ask the same question to a Russian, and most likely he’ll tell you about the disadvantages of living in his hometown. As mentioned above, praising yourself in Russia is not accepted.

4. Don’t be afraid of any kind of job

Many Russian parents are afraid that their children will not go to university and won’t get a “respectful” profession. Some years ago the most popular majors in Russia were “manager” and “economist.” Meanwhile, Americans do not consider manual labor to be something shameful, because they can often earn good money without a higher education. Fortunately, in the prestige of the working class is now also growing.

In Russia, the employer pays income taxes for employees, including pension allocations, but people rarely pay attention to these social contributions. Americans often pay taxes themselves, trying to find the best tax benefits and where to spend the extra money. Russians know that they need to save some money from their salary and to plan spending, but instead many prefer to live "here and now,” and usually blow their entire paycheck. (Read why)

Optimism and faith in a bright future is a good habit, even though it can seem a little naive. Russians know the most popular American phrases: “Don't worry, be happy;” “Keep your fingers crossed;” and “Everything will be OK.” On the contrary, in there’s a popular saying: "Hope for the best, prepare for the worst."

1. Cash in on the craziest ideas

Russians who create something incredible often do not think about the commercial benefits of their inventions. Americans, on the other hand, make money on the most frivolous things: from Santa's letters, to umbrellas for beer. If you can do something with your hands, everyone will advise you to start your own business. Isn't that the ‘American dream’?