These people turned their back on household chores. Can you guess why? 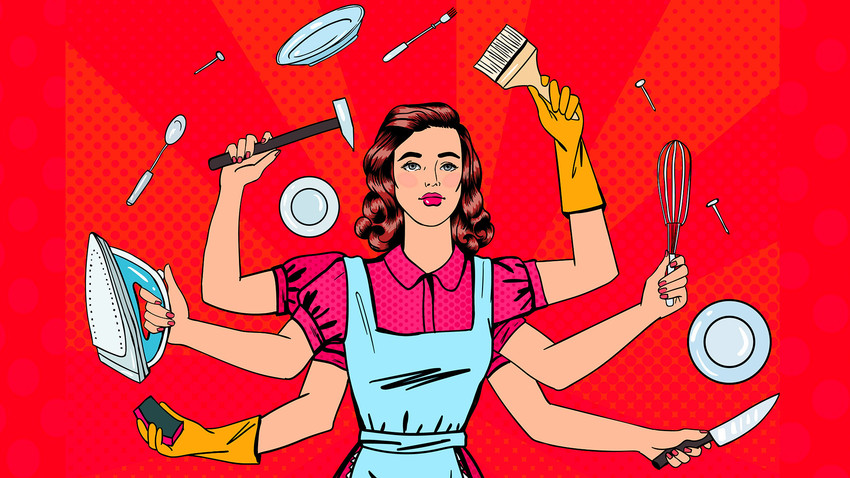 Legion Media
Life in a big city moves at a fast pace. This is one reason these people have chosen to outsource just about every task that doesn’t fit into their busy schedules, ranging from cleaning, cooking and shopping, to bringing up their children.

When Ksenia Balandina, 35, realized that she didn’t want to spend any more time on household chores, the first thing she did was to buy a dishwasher and a slow cooker. That was 14 years ago, and she hasn’t once looked back.

At the time, a commercial for Finish dishwasher liquid was in heavy rotation on TV. In the ad, a little girl is hugging a book to her chest. With tears in her eyes, she watches as her mother wipes the sweat from her forehead as she stands over a sink full of dirty dishes. "She will not read her daughter a bedtime story. After all, she is not a woman — she is a dishwasher," the somber voiceover says.

Does this sound a bit sexist? It probably does, but back then Russian society had a strong division of gender roles, a situation that has improved somewhat. It was the woman's role to clean, cook and do the washing. And this was often in addition to having a full-time job.

"I was really annoyed at it all! I quietly hated my husband and everyone around me. I was annoyed that I had to wash all those plates or get up an hour early to cook the porridge," Ksenia recalls. She decided things needed to change.

Ksenia began to outsource these tasks, hiring a nanny and a cleaning lady (on average, amounts to $640 a month). Also, she has a personal trainer, a personal assistant (for work trips), a stylist, a food-delivery service and a person who picks up her kids from school.

Looking through the list, Ksenia concludes, "It seems fairly standard." This has become the standard for her 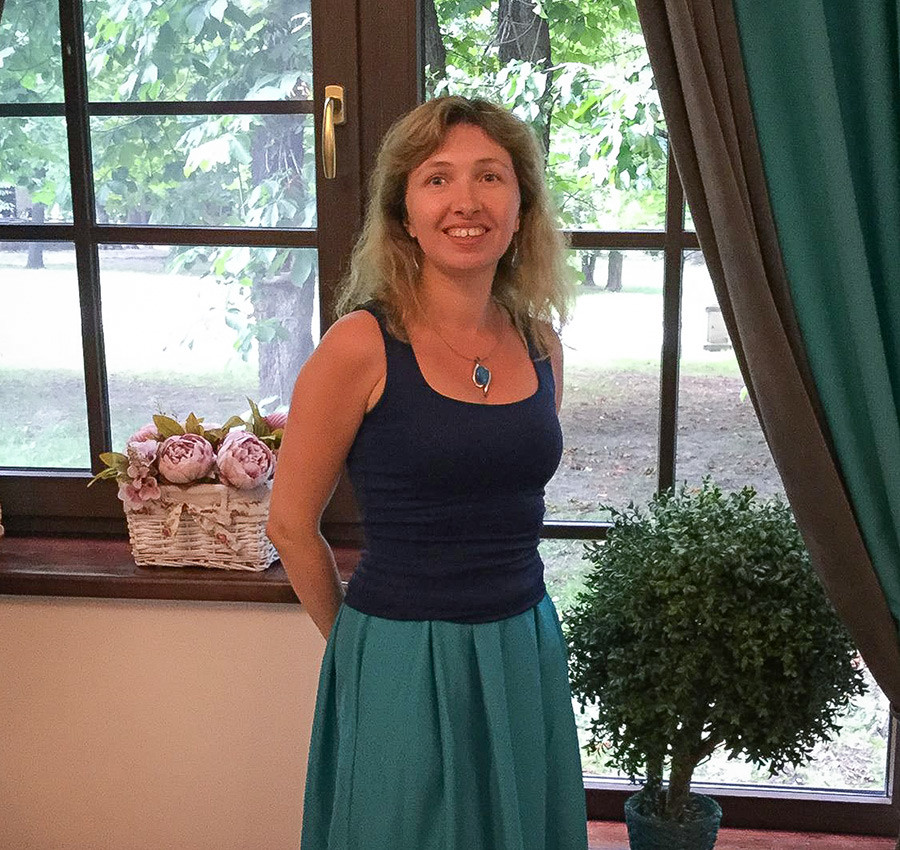 has time for three-hour walks?

Ksenia lives in Moscow. She has two children and has been married for 15 years. She is a bit like Miranda Hobbes from Sex and the City — single-minded, independent and career-oriented, just like the character from the show that feminists find so endearing.

She has just returned from Budapest, where she ran her first half marathon.

"At first, I spent everything I earned on those household services. Then, I just began to earn more," she says. These days, she leads webinars and runs a Telegram channel about time-management for working mothers.

Delegation is a popular topic and online course costs from $200 to $1000, depending on the exact package of services. The gist of the course is that you should persuade yourself to hire someone to help you.

"I really needed to somehow reduce the burden on me. The turning point came with a table where we were told to list all our duties and chores. When working on the section Household, I entered 243 points. I just burst into tears of fatigue and self-pity," writes Elena, one of the subscribers to the webinar on delegation 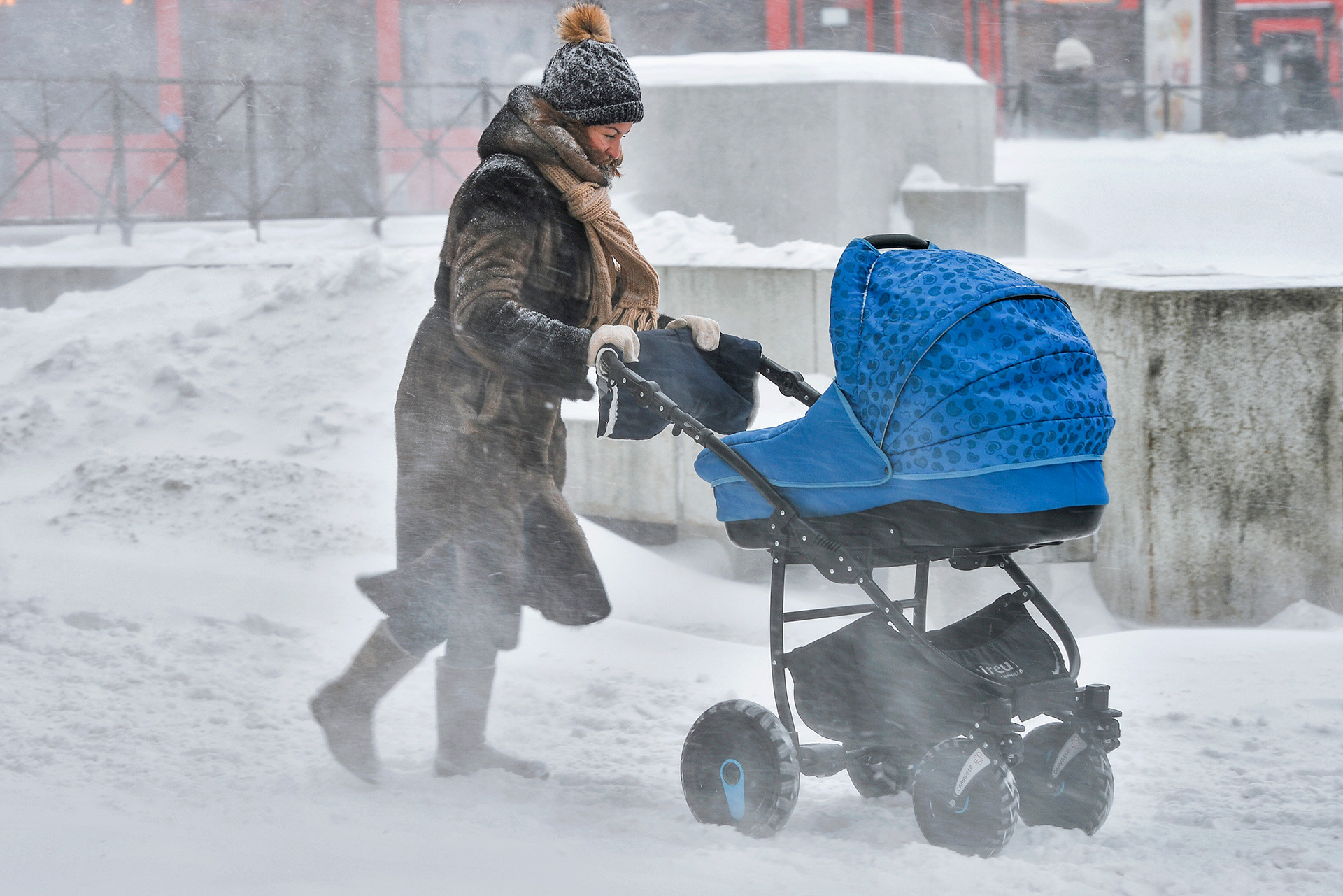 Now Ksenia says she does not understand how women can stand taking three-hours walks in the winter.

the beginning of her journey, Ksenia hired a nanny for a few hours a week to take her child for walks. Now she says she does not understand how women can stand taking three-hours walks in the winter. She explains a simple rule: "It is important that your hour is not worth less than the hour of a nanny (or someone else), otherwise the balance will be negative."

Ksenia insists she does not dream of delegating absolutely everything to someone else. "I have my goals. If, in order to achieve them, something needs to be outsourced, so be it," she says.

Outsourcing is not just for women. It is common for any modern person who can afford it, says Maxim Yudin, a sales director at the QBF investment company.

"I believe there are services that are better delegated. For example, cleaning the flat, cooking delicious and healthy food and making clothes are jobs better left to specialists."

The flat where Maxim lives with his wife is cleaned four times a month by a cleaning company. The flat is cleaned while the owners are out and then the keys are returned to an agreed-upon location. Once every six months, Maxim goes to a tailor to have his measurements taken: "I don't waste precious time shopping and always have a wardrobe tailored for my figure." A suit takes a couple of weeks to make and is delivered to the customer's home or office 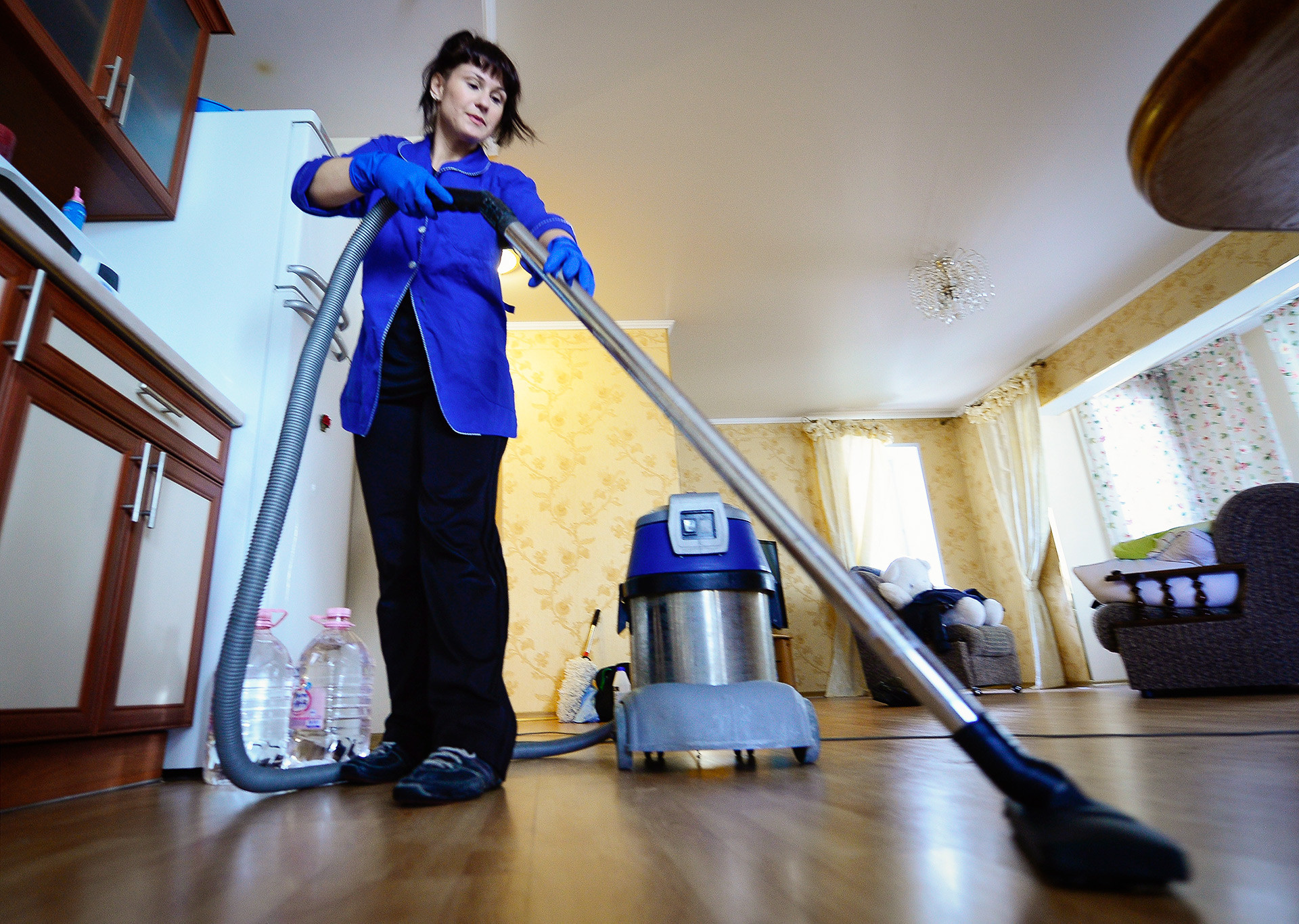 Outsourcing is not just for women. It is common for any modern person who can afford it.

meals are also prepared by a specialized company. Cafes and restaurants, Maxim believes, cannot quite do the job. He and his wife need more than just calories — they want to have a well-balanced ratio of proteins, fats carbs in their diet.

"I have five boxes containing meals delivered every day at six in the morning. They do not add salt, and it is healthy food. I no longer have to go to the supermarket after work, think about what to cook and then spend an hour in the kitchen cooking it," says Yulia, who works in the public sector. Meals for five days cost her $100, or a little bit more if she wants a personalized menu.

"You don't see your child"

Margarita, 31, was once a top manager in the retail sector and now runs a business with 17 facilities across the country. She says her work does not allow for holidays or weekends. In fact, she has two jobs and so does her husband. It does not matter if she is drinking tea, sitting in traffic or lying by the pool, she will still be checking her email, making phone calls and scribbling into a notebook on her lap. The couple has two nannies (working in shifts), two drivers and a housekeeper, who cleans their two-bedroom apartment in Moscow. According to Margarita, however, there is absolutely nothing to clean there because they are almost never at home. 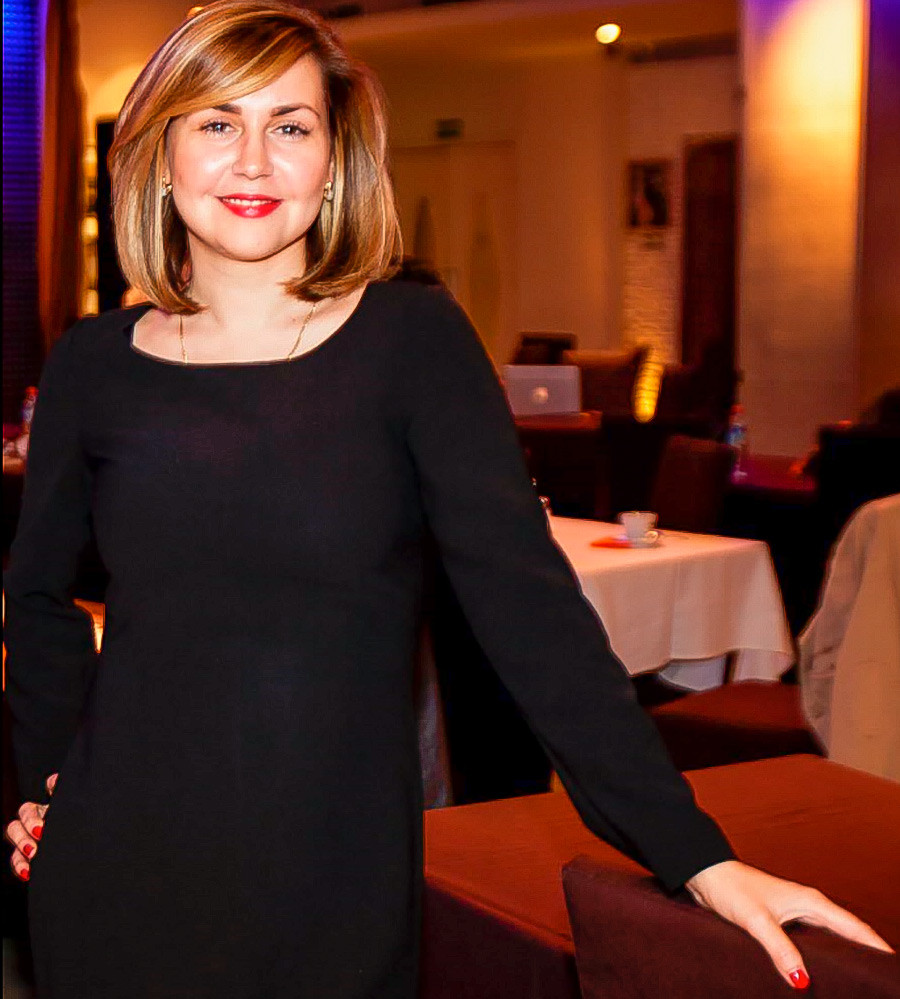 "I'm not saying that the way we live is good or bad. For us, this is normal,” she says while sitting in her office so no one will disturb her. “But many disapprove. They say: ‘You don't see your child.’”

People have noticed that, at first, they had only one car parked outside. Then it was two and then three. "We physically are not there and these cars do not appear there as gifts from our parents," Margarita says. When asked why she gives a brief answer — they don’t want their child to study in an ordinary Moscow school, they want their child to study in London. Everyone has their own goals and this is theirs.

So yes, she is quite content with her life. In fact, she is happy.

The couple spends at least $2,300 a month on these outsourced tasks.

"Do I consider the fact that we have domestic helpers a sign of success? No!" She recalls how she used to live in a studio apartment and worked every day until six. Back then, she did everything herself because she had the time. Now, she thinks in terms of money, not in terms of time saved.

Sometimes she hears other women complaining about household chores. They talk about how every day after work they have to do cleaning, washing, ironing cooking. Margarita just shrugs her shoulders, "It means they like it. It means they did nothing to change it." 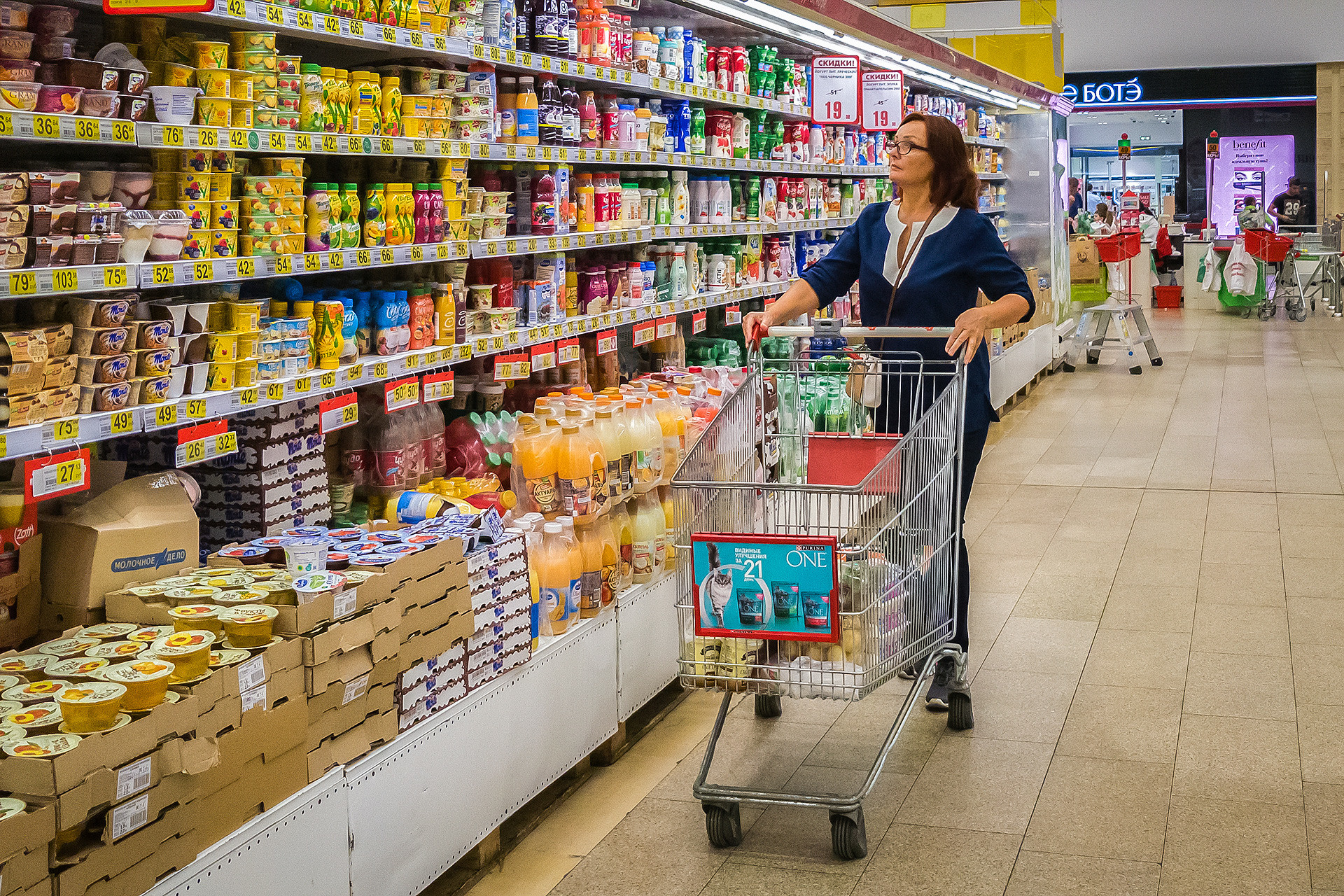