The U.S. photographer who revealed the human condition of the USSR (INTERVIEW) 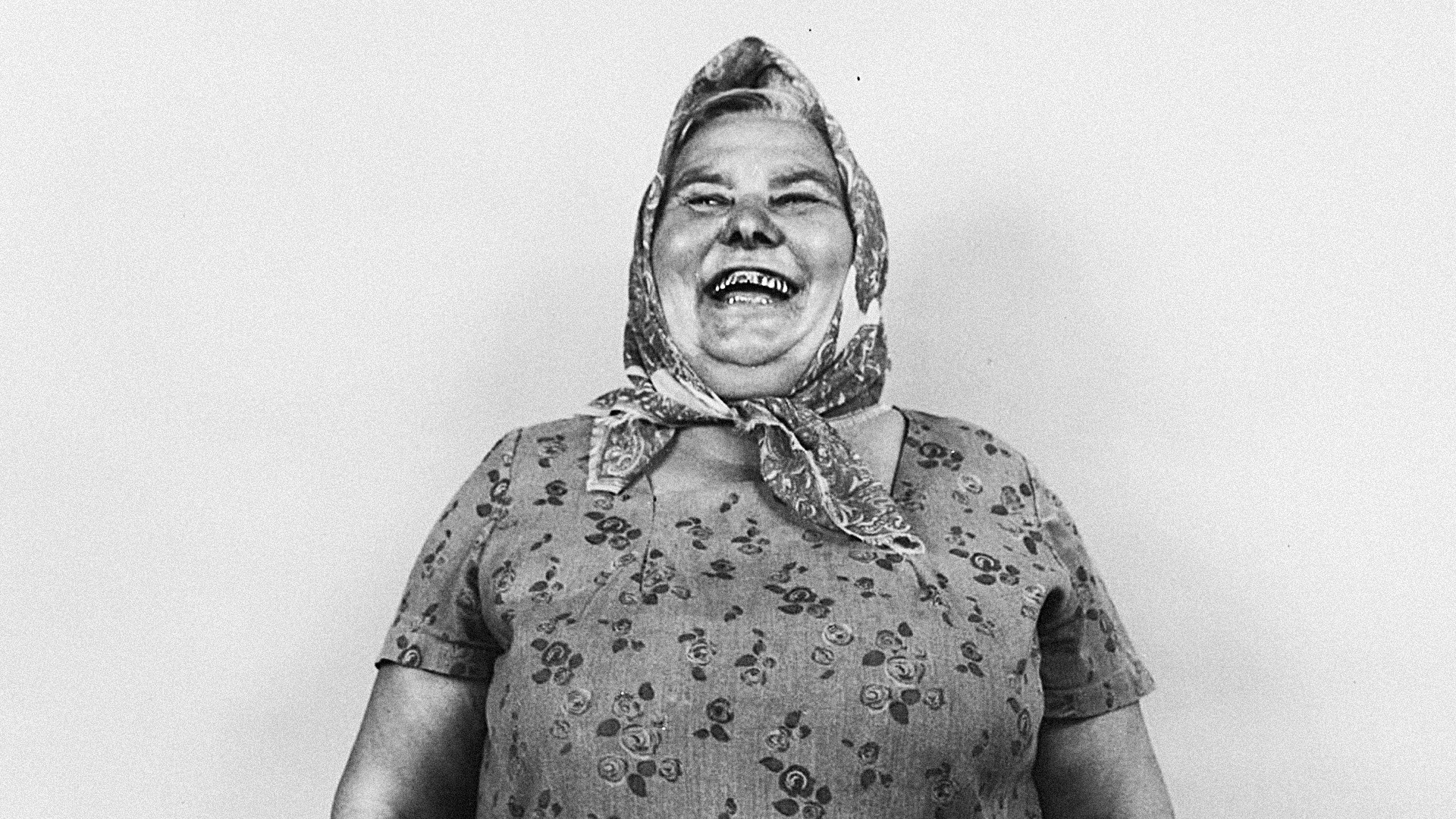 Nathan Farb
Concerned gazes, groovy threads, teenage cabin fever: New Yorker Nathan Farb’s photo collection ‘The Russians,’ made in 1977, shone a candid light on the Soviet provinces. He sits down with us to discuss the photos’ legacy. 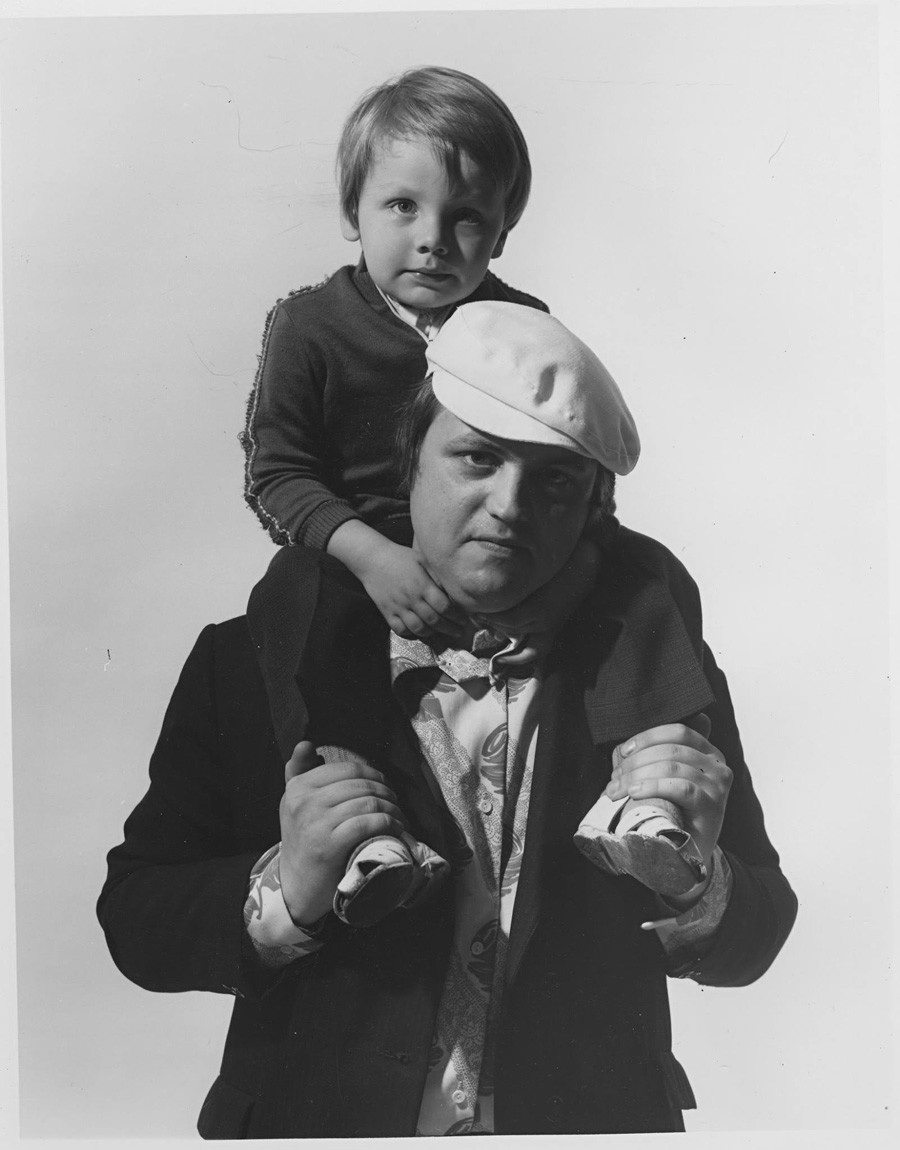 Staring at you intently and (at times) unnervingly against a plain background, U.S. photographer Nathan Farb’s subjects dare you to meet their gaze, and to let their individuality speak for itself. For the most part, there’s no smiling, but through the photography’s intricate detail and diversity, the viewer is forced to confront and re-consider any preconceived images of the USSR he/she might have, even bringing to the fore senses of style and self-consciousness which were typically perceived to be Western phenomena.

Was it difficult getting into the USSR?

I was in Romania in the late 60s, and so I had some experience photographing in an Eastern Block country. I ended up there as part of a cultural exchange between the Soviets and the U.S. (I’m not sure what the U.S. got in return, I hope something better like the Bolshoi dancers). There was a very large show of American photography and that included everything from say, Ansel Adams to the astronaut photographs. I think they were testing the show to see how it might work in other Soviet-bloc countries. Anyway, I got chosen to be one of the photographers. I first went to Romania and then I got to go to Novosibirsk. I didn’t want to go to Moscow or Leningrad; I was more interested in the middle of the country, the “real Russia,” or the proletariat.

My job was to be a professional host to the show, so I would be talking to photography groups and professional photographers, but I found that really boring so I started taking pictures of people using Polaroid film with a positive and negative. That way I was always able to give people a picture, and then I had a negative to smuggle out of the Soviet Union. I don’t think either the Russians or the Americans understood what I was doing. 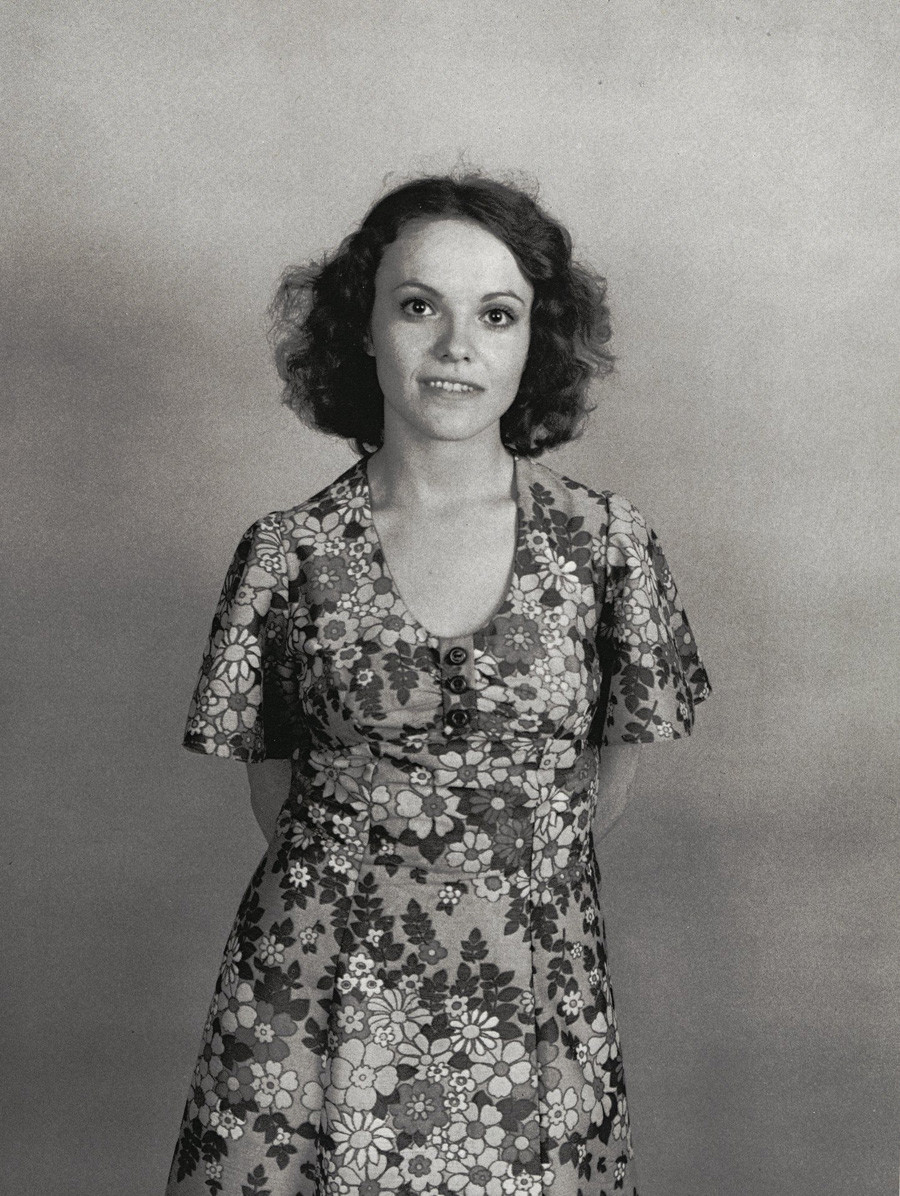 What immediately struck you when you got to Novosibirsk?

I would go out on the street, and people would immediately start asking me questions. They would talk to me in Russian, and I thought that was really funny. I thought it was obvious [I was a foreigner], because I had a brand new American digital watch. Then I started meeting people at the studio and I saw that they were, in some ways, surprisingly like people in the U.S. More so than I felt in, say England or France, which are more class-structured.

Some of the people in the photos were really very stylish. Some were mildly reminiscent of hippies to me; did you notice any congruent trends with the West? 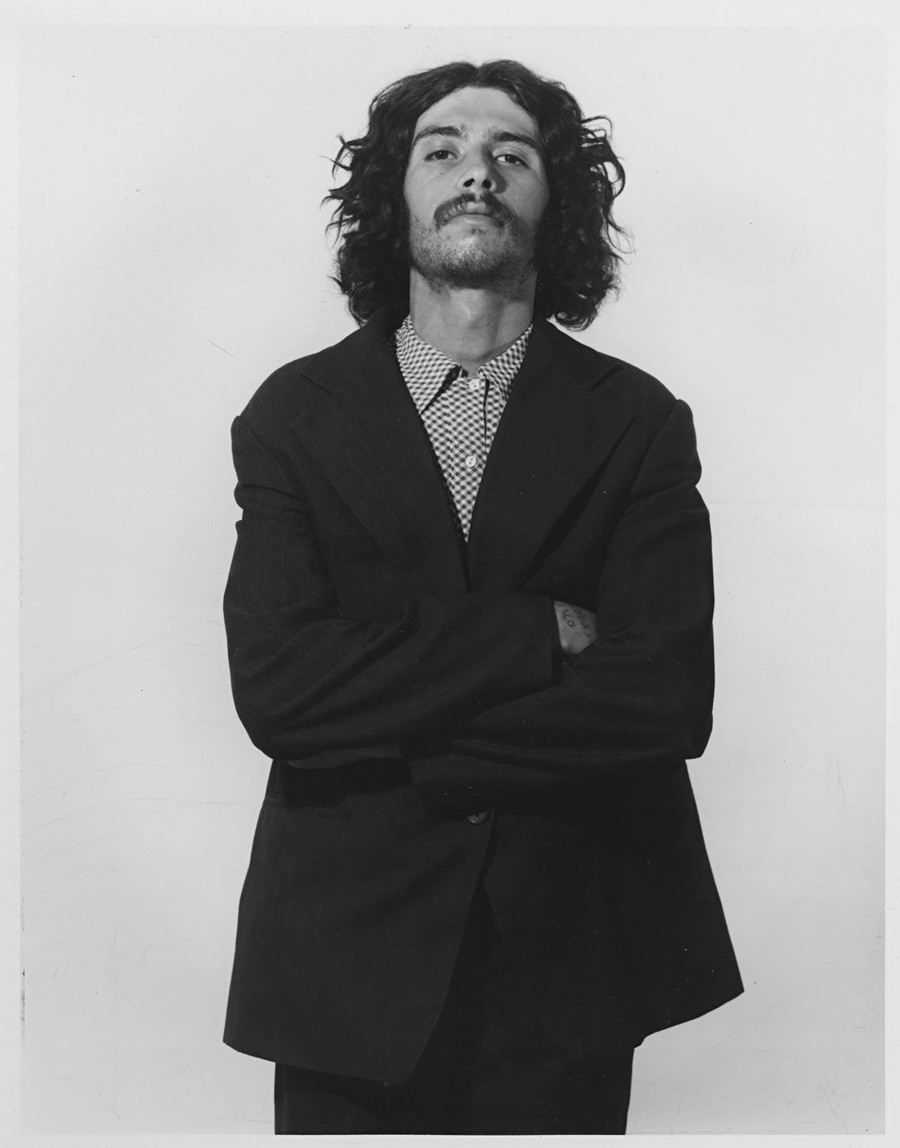 I think most of their fashion came from the West; some of the young women were making their own clothing they saw in magazines. I showed these pictures to a woman [in America] who grew up in Novosibirsk and she started saying, “Oh, this is a very specific pattern from Siberia. This is a wild tree and berry that only grows in Siberia.” So this is completely local, but a very stylish woman was wearing it. I loved it because it almost looked so clashing and aggressive. You know there was some local culture infused into that, it was quite unlike anything I’d seen in the West.

What about people who came in their work clothes? Were they just less self-conscious, or did they make an effort to try and look like working class heroes?

There was a girl who came in, and I did a close-up of her head. Very beautiful, dark hair, very penetrating eyes, maybe a teenager. She came in as part of that same collective farm, and she had straw in her hair. In America they might’ve called her “the girl who was in the hayloft in the morning” or something. She was so beautiful and so striking, but I was thinking to myself later, “this is the girl they would’ve chosen to be on the tractor.” They would’ve put a scarf around her, and that’s the picture that the Russians would have presented. Whereas she wanted to be seen as a beautiful young woman, as is pretty natural. 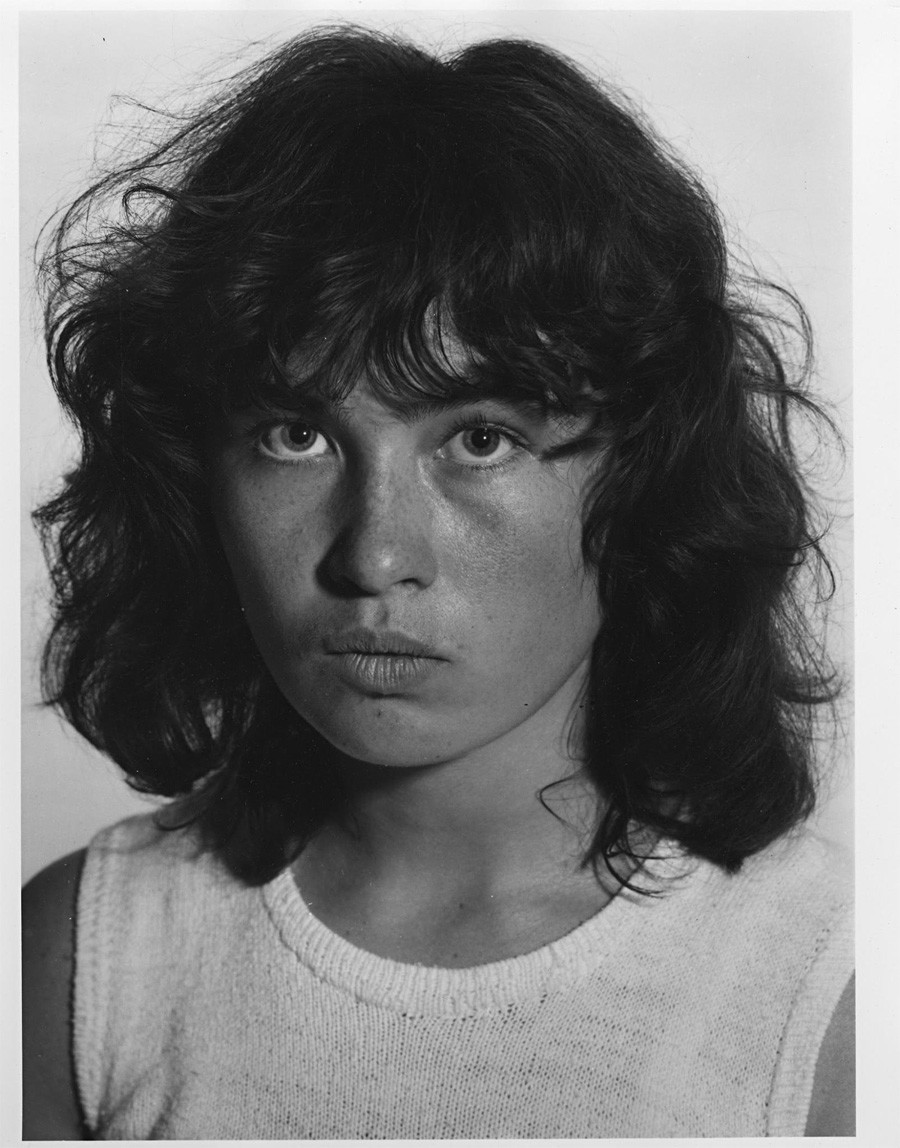 What about the photo of the Party members?

They heard I was coming to the show and I knew a couple of them, because they were “in charge” of us Americans. They were our “counterparts,” as was the term. I got friendly with one of them because he had a teenage daughter (I had a teenage daughter at the time) and we just talked about what it was like. Doesn’t matter where you are, it’s very similar. I heard they were coming, and I was really excited. I wanted to get them in, get the portrait, and get them out. I didn’t want them to start figuring out what I was doing [smuggling the negatives to take home]. But I knew I had a really great photograph when I made it. 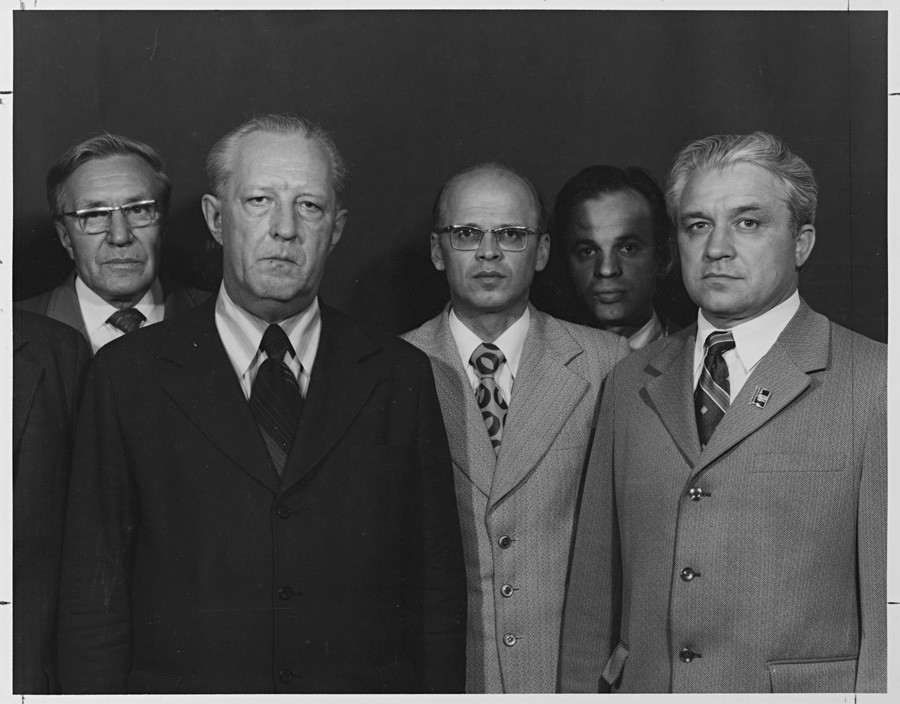 Do you have a favorite photo?

It’s hard to say. Certainly the “Party Chiefs” has been used a lot. Sometimes you just know that it’s special. And then there’s a blonde woman who has very Scandinavian features, just a close-up. But that’s really one of my favorites too. It’s not sad, but it’s a very thoughtful look. 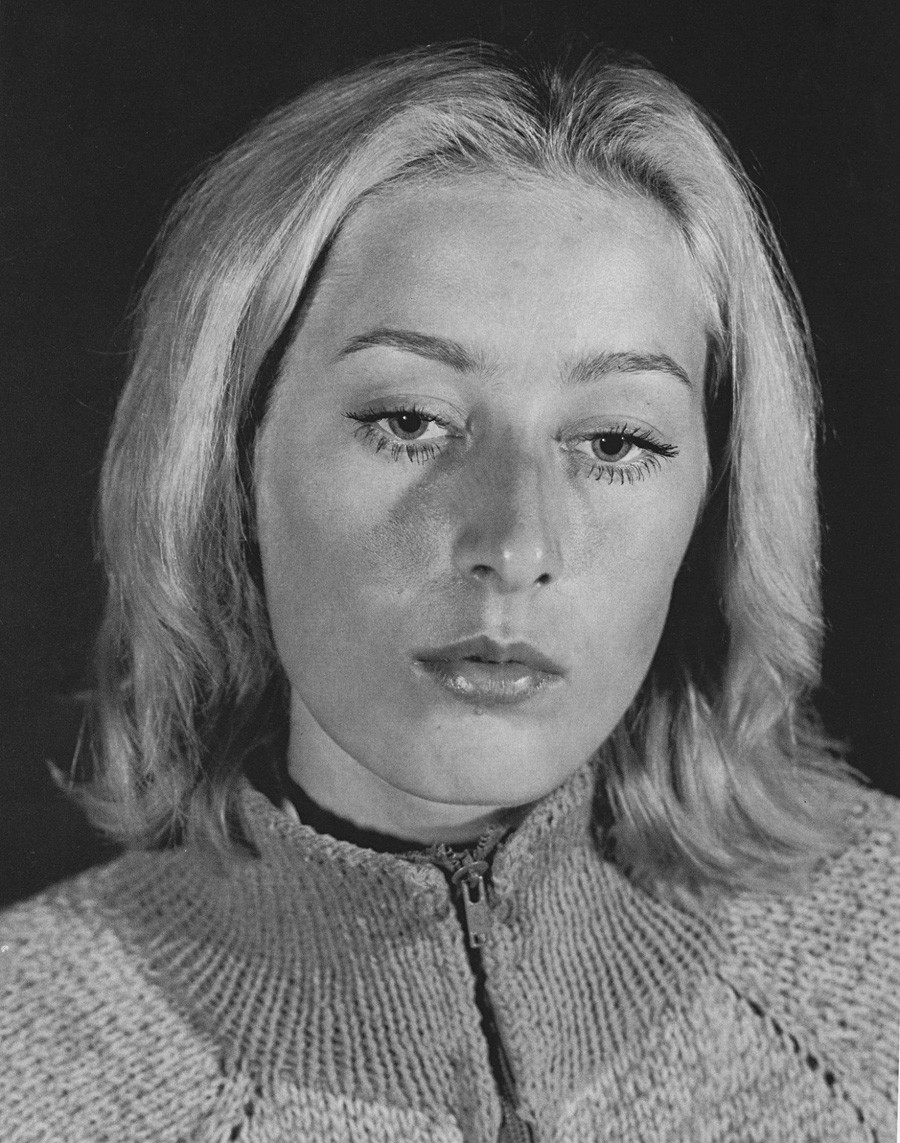 I think my favorite is the one of the boy with the oversized clothing and the sunglasses. 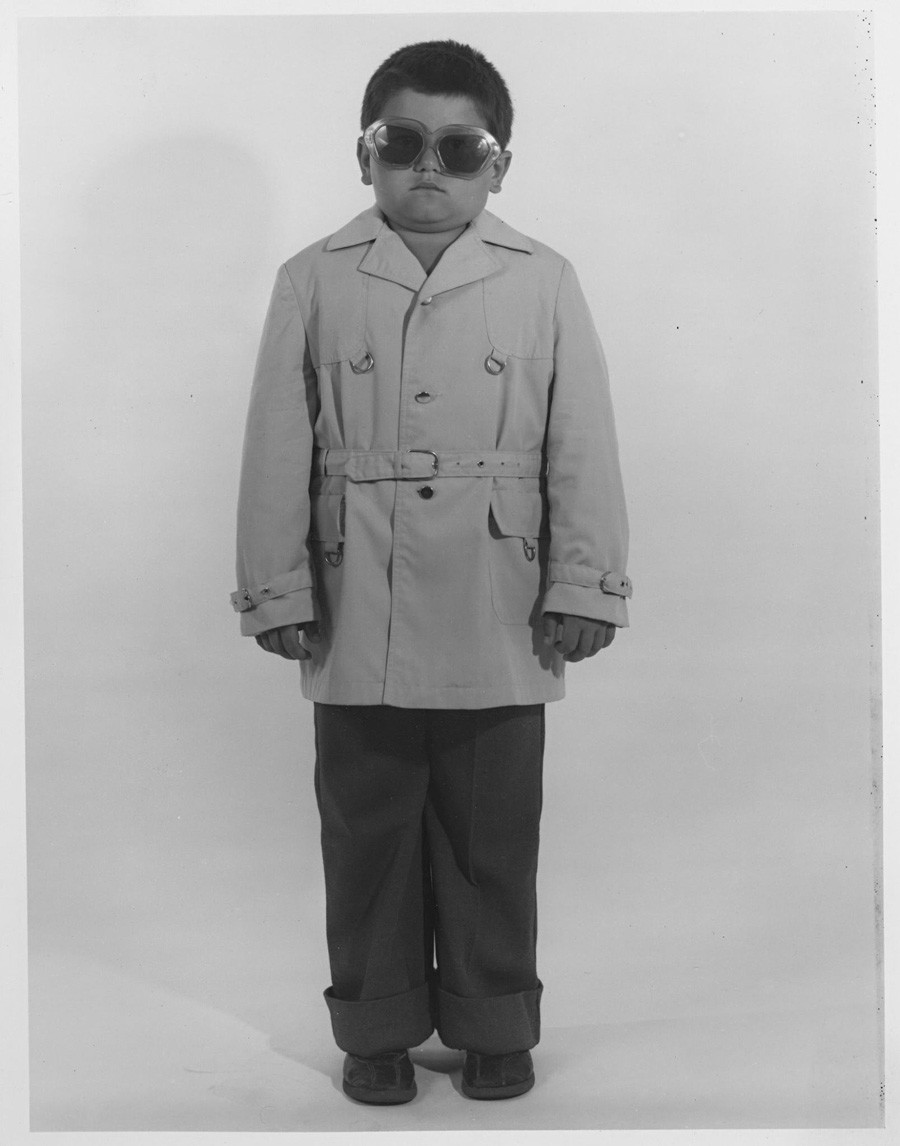 Well, I gotta tell you, there’s a story there. That kid was very ordinary looking, in America we’d call him “the kid who eats white bread.” His mother asked me every day for a week if I would photograph him. I said no to her many days in a row, and then finally, just to get her to stop coming, I said yes. So she brought him into the studio, she put the glasses on him – these were her glasses and her raincoat. I thought, “She’s totally making a picture for me.” It was like a parody of what Americans thought Soviet people looked like.

What was your greatest desire for these photos?

I wanted to bring back something that was as close to reality as I saw, to the point of being able to see exactly what their clothing was like. When you look at them, it’s like you’re right in front of them, and I felt like I was acting like a piece of gold wire offering no resistance, allowing point A to get to point C without any resistance.

It wasn’t just that though, I was also trying to make photographs about the human condition, about people enduring life, and how people generally are. I don’t think we’re all that different, you know.

Do you think there’s a renewed relevance to these photos?

That’s beyond me. I guess so, because a German film team is taking me to Novosibirsk in December to do a reprise. I think whenever people are about to kill each other, there’s some relevance to helping them try to understand each other. That I don’t think ever changes. I just felt like I wanted to bring out something that was real. It’s hard to say accurate, just real; without propaganda, without politics. I think the photographs fulfilled that purpose in their day. 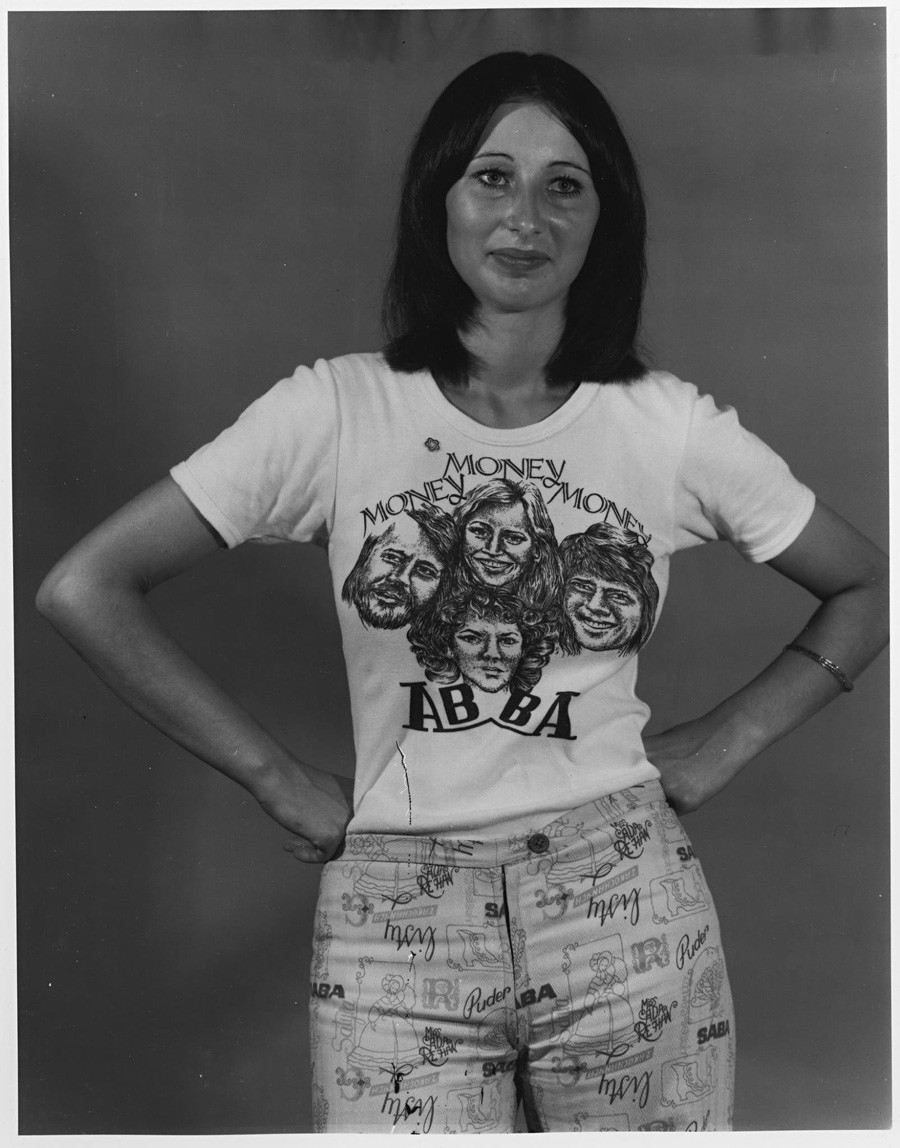