Cracks in the system: How hippies came to the Soviet Union 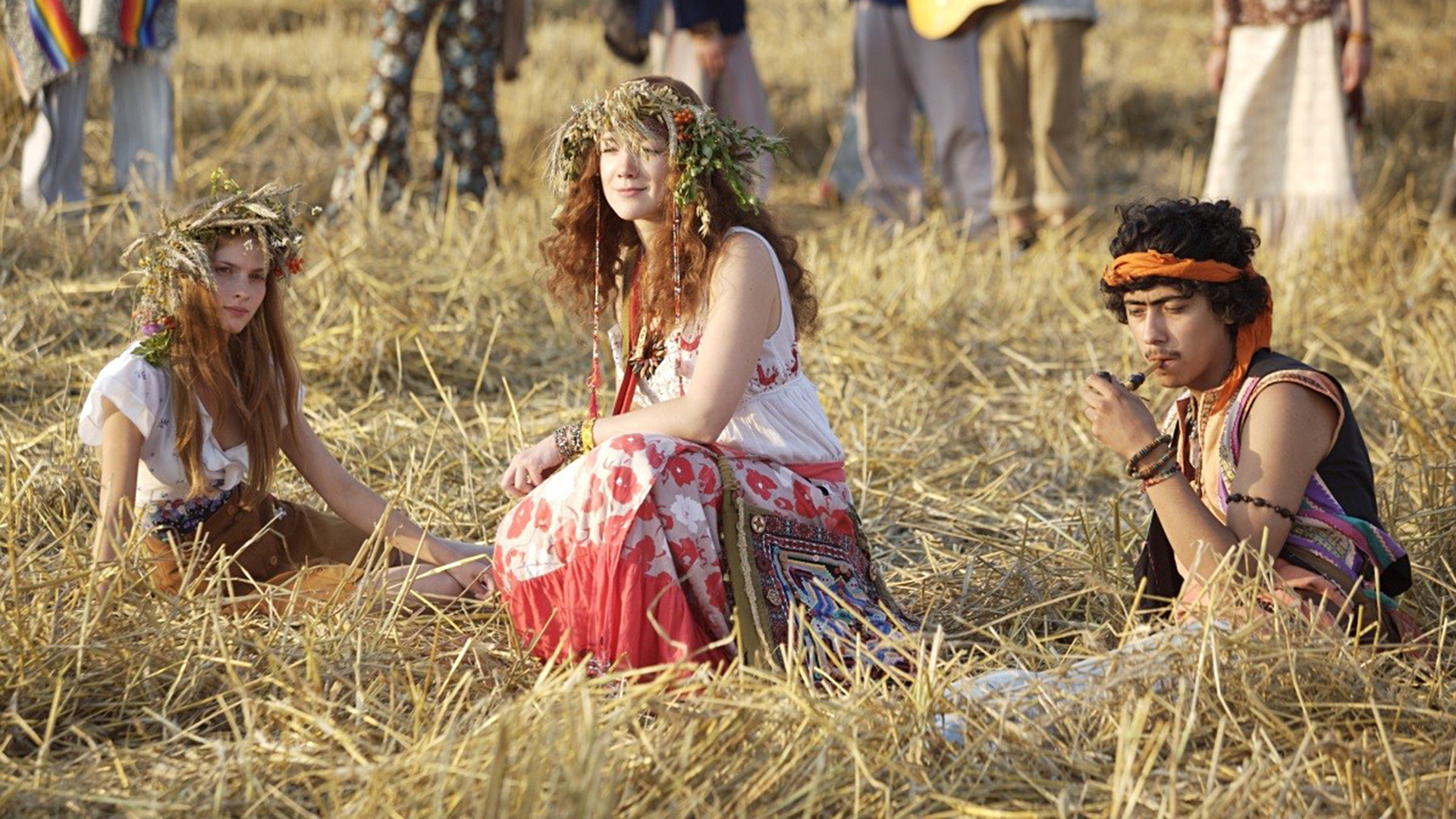 Garik Sukachov/Gorky Film Studio, 2010
The summer of love didn’t just go to San Francisco – hippie communes also caught on in 1970s USSR, the very place where (at least in theory) communality was already the order of the day.

We often look back on flower-wearing and free love as reactions to consumerism – but even the lack of billboards and supermarkets made the prospect of getting high and practicing yoga no less appealing to some Soviet citizens. We take a look at how hippies shocked the rigidity of Soviet communism and grappled for their right to cultural identity.

Who were the Soviet hippies?

“This is us – the representatives of the new movement. This movement will be the system of real values.” Thus announced a group of artists, musicians, vagabonds, and free spirits in Vilnius in June 1967, the first recorded public manifestation of its kind in the Soviet Union.

Ironically, these Soviet freeloaders typically came from well-to-do, cosmopolitan backgrounds, as the only people in the USSR given access to the things that turn one into a hippie were the families of the nomenklatura (Soviet elite). A case in point is the guitarist Stas Namin, lead singer of the band Flowers, nicknamed the “Soviet Beatles”; Namin was left untouched for many years because his grandfather, Anastas Mikoyan, was a legendary Armenian Bolshevik and a key figure in the Revolution of 1917. 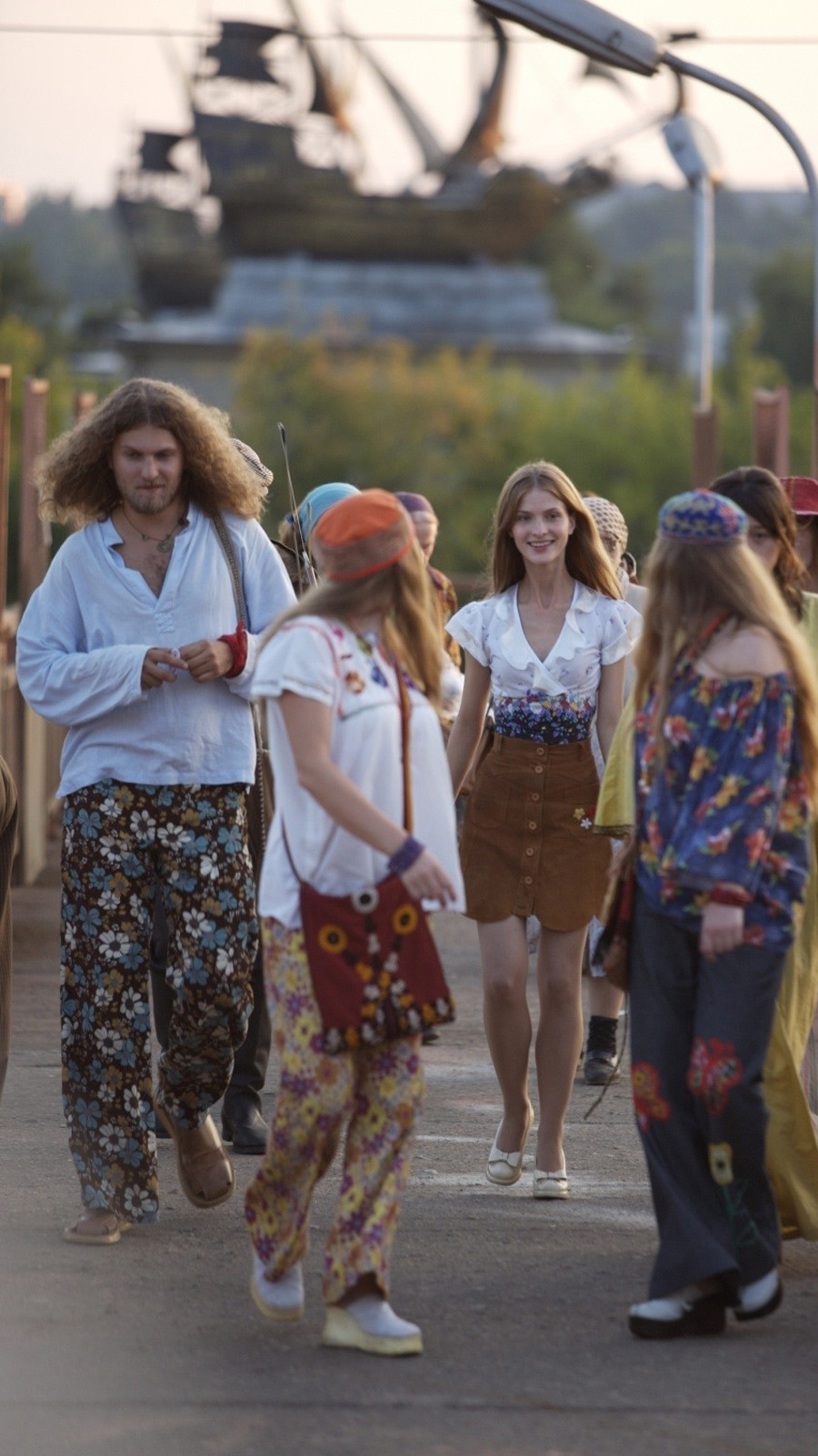 The USSR’s hippie movement grew up hand-in-hand with the arrival, through Eastern Europe, of Western records in several major Soviet cities’ black markets. While their American contemporaries were busy denouncing consumerism, Soviet hippies longed for American-style jeans and access to banned music.

Despite this, it would be wrong to assume that the Western influence in Soviet hippiedom made it a copycat movement, as there was virtually no contact between Soviet and Western hippies. In fact, internal problems in the USSR were instead the petrol poured on the movement’s sparks – Soviet hippies, it’s safe to say, were an existential symptom of the Brezhnev era’s sluggishness and tight grip on creative potential. The Soviet youth “felt [from the State] a sense of insincerity and a lack of affectation,” as historian Zivile Makaillene put it.

The desire to feel something beyond what seemed like an empty communist promise (that is, the “greatness” of the homo sovieticus’ work and military service) was key to drawing in the disaffected Soviet youth. Some hippies channeled this into their creative freedom and double lives as artists at kvartirniki (house parties) and cafes such as ‘Saigon’ in Leningrad, Café Moscow in Tallinn, and Lira in Moscow (where Russia’s first McDonalds now stands). The squares in Moscow’s Chistie Prudi and Mayakovsksya neighbourhoods were also popular hangouts. For others, like the group of teenage boys in Lvov that formed the ‘Republic of the Holy Garden’ commune, hippiedom was a complete rejection of Soviet modernity, a pure thirst for escapism which led them outdoors to where open-air concerts and football matches prevailed over Fordism and social norms.

The Soviet hippies’ mindset was like something straight out of a Jack Kerouac handbook: Eastern spirituality from Zen Buddhism and Hinduism was just a mental occupation for their hitchhiking missions, and was part and parcel of their escapism. Their tendency towards oriental meditation was labelled “ideologically dangerous” in official KGB records; Unlike many of their Western hippie counterparts, Soviet hippies were not quite sold on adding Maoism to their Eastern obsession. Even more “dangerous” would be their penchant for Christianity, given added attractiveness by its clandestine nature in the USSR. 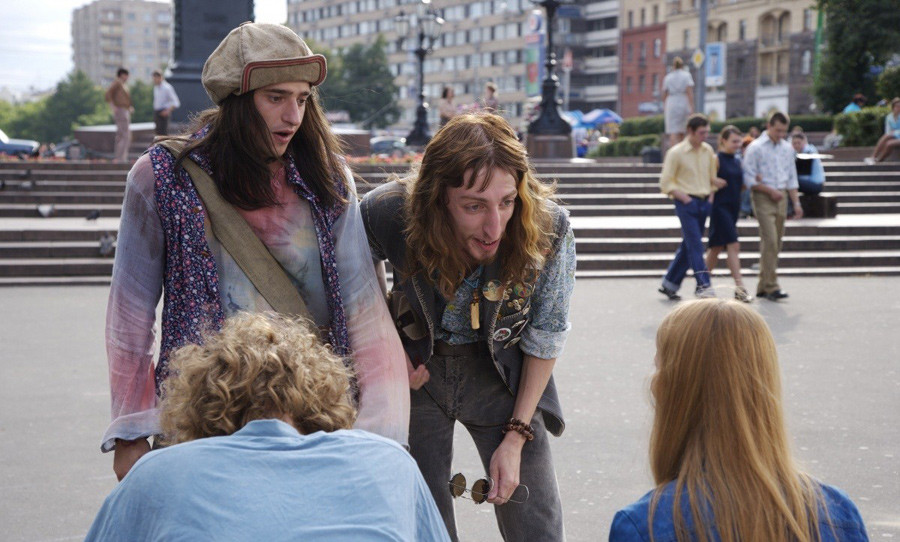 With long hair and shabby clothes, the Soviet hippies even looked like Eastern saints, and came under an onslaught of social disgrace for it. After all, scruffiness is seen to this day as a negative trait in Russia, and would have been ten times worse among the blandness of 1970s Soviet fashion. Wider society was influenced by Soviet press, who published articles calling hippies “dirty”, “sexless”, and “anti-Soviet” - some hippies recalling being punched by passersby in the street and told that they had been “raised badly”.

Just as in the West, music was the key mode of expression in Soviet hippie culture. The movement contained many intellectuals, but literature was not at its forefront – instead, inspiration came in the shape of Jimi Hendrix and Janis Joplin on foreign radio, and hippies looked to make their movement an aesthetic one to combat the lack of good tunes in the Soviet ecosystem.

Taking heed from the music of the West, many of the early hippie bands, like Rubinovaya Ataka or Vtoroe Dikhanie, merely did covers of what they heard on foreign radio. Latvian psychedelica band Menuets even got on State TV in 1971. Later came rockers like Vladimir Kuzmin and his band Dinamik, as well as artists like Viktor Tsoi and Boris Grebenshchikov, who didn’t necessarily fit the “hippie” label but were idolized nonetheless.

Music was, of course, destined to face the same fate as all as Soviet hippie customs – derision. One of the hippies shown in the film ‘Soviet Hippies’ was event sent to a psychiatric ward by his mother for avid response to The Beatles’ ‘Sgt. Pepper’s Lonely Hearts Club Band’ album.

One way in which the Soviet hippies got surprisingly lenient treatment, however, was in their use of drugs. While the Soviet state cracked down heavily on hard stuff, the hippies seemed to have found a marijuana-shaped loophole in the system: As film director Terje Toomistu explains, “It was no problem to light up a sweet joint… because no one at that time knew exactly what this strange-smelling tobacco really was.” The oblivious government therefore turned a blind eye to hash, mostly produced in Central Asia – but in line with communist ideology, they drew the line at profiteering from it.

A thorn in the system

Whether hippies represented a failure in the Soviet system or just a harmless alternative to it, the authorities made it clear to them that their culture was not welcome.

The authorities’ beef with the hippies was mostly ideological – the culture was not always openly political, but its very existence undermined the success of “engineering the human soul”, be it through military strength or bringing modernity to the people. After all, these were pacifists who often didn’t work, and also voluntarily checked themselves into psych wards and underwent harsh sedatives just to avoid conscription - in the eyes of the government, they could not claim to be apolitical. 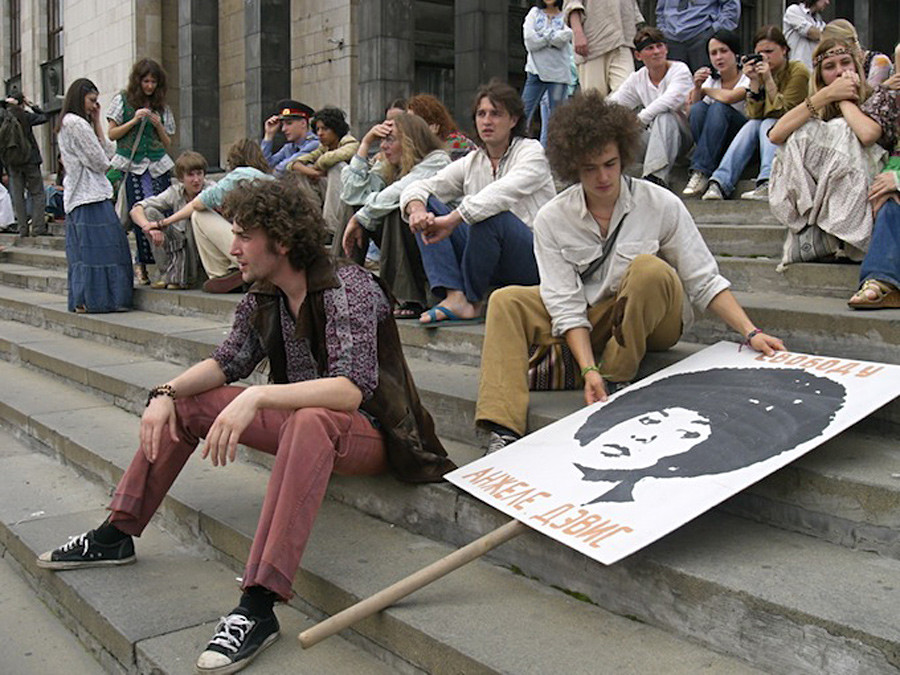 In the psychiatric hospitals, they would have their identity stripped from them. “While I was sleeping, they cut my hair. Then, they let me go,” recounts one hippie from Lithuania. Members of the ‘Republic of the Holy Garden’ commune were sent to “preventative meetings” with their local Komsomol, having often been reported to the authorities by their own parents.

Their “foreign” music was also a constant pain for the powers that be, who ground them down mercilessly. In April 1970 in Vilnius, and then in Moscow in June 1971, the KGB infiltrated all-Soviet hippie concerts – at both events, truckloads of police then showed up to make a string of arrests. The latter event has since become an annual outdoor event for Russian hippies in Tsaritsyno Park.

While the Soviet Union’s hippies probably never numbered more than a few thousand people, they did a lot to expose the shortcomings and hypocrisy of Soviet authoritarianism. After all, this was a country that was officially collectivist and claimed to uphold world peace through the World Peace Council, yet came up morally short when faced with some guitar-playing yoga communes. If the hippies were guilty of anything, it’s that they perhaps listened too intently to their Soviet history teachers, who told them that everything good came from collective action.