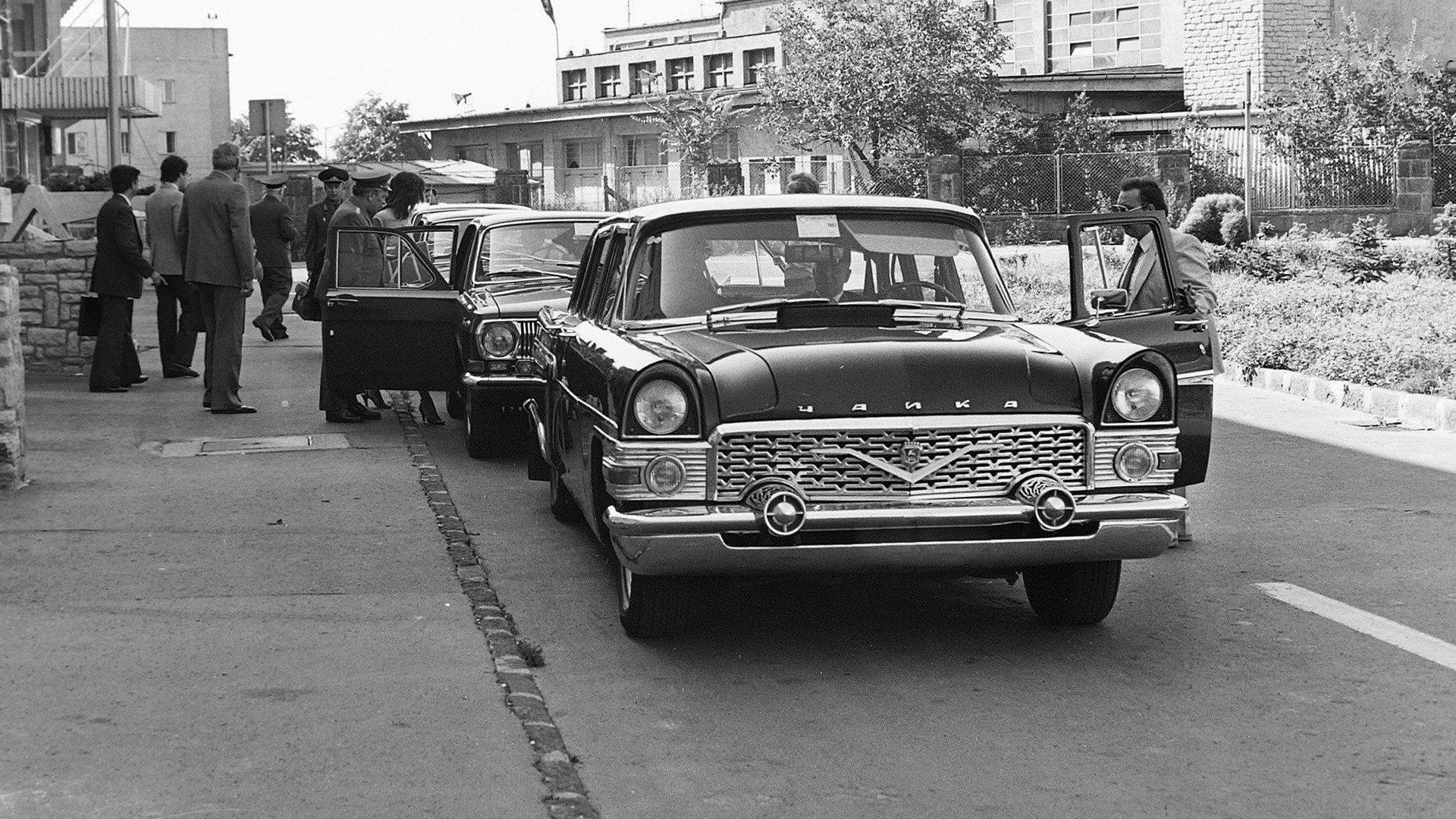 Fortepan/Wikipedia
Yes… but also no. Government ‘apparatchiks’ may have been at the front of the queue for the Soviet Union’s short supply of consumer goods, but only a select few had a living standard above that of an American middle manager.

In the Soviet Union, money did not equal power: For the nomenklatura (Soviet elite), almost everything was free but State-owned. With high military spending at home and on allied communist States, the USSR experienced constant shortage. However, this wasn't a problem for those with the right Party contacts, which proved to be an even cannier strategy for survival than stashing heaps of rubles under your mattress.

The 'nomenklatura' (the word comes from the Latin nomenclatura, meaning a list of names) did not just apply to bureaucrats, but to their families too, and also to Soviet “celebrities” – writers, astronauts, sportspeople, etc. According to dissident Mikhail Voslensky, author of the 1984 tell-all Nomenklatura, this extended to some three million people by the 1980s. As Joseph Stalin’s daughter Svetlana once recounted, not a penny of her father’s salary ever left his desk.

The top end of the Soviet nomenklatura were given the country’s finest cars, usually in the form of a GAZ Volga (the Soviet equivalent of a Mercedes-Benz), a vehicle luxurious enough for President Vladimir Putin to show off to U.S. President George Bush in 2005. The even ritzier ZiL limousine or Chaika were also available, but were essentially reserved for the general secretary and other Central Committee members. Some Moscow roads even had their own “ZiL Lanes,” to make sure the most important politicians were never late for meetings. 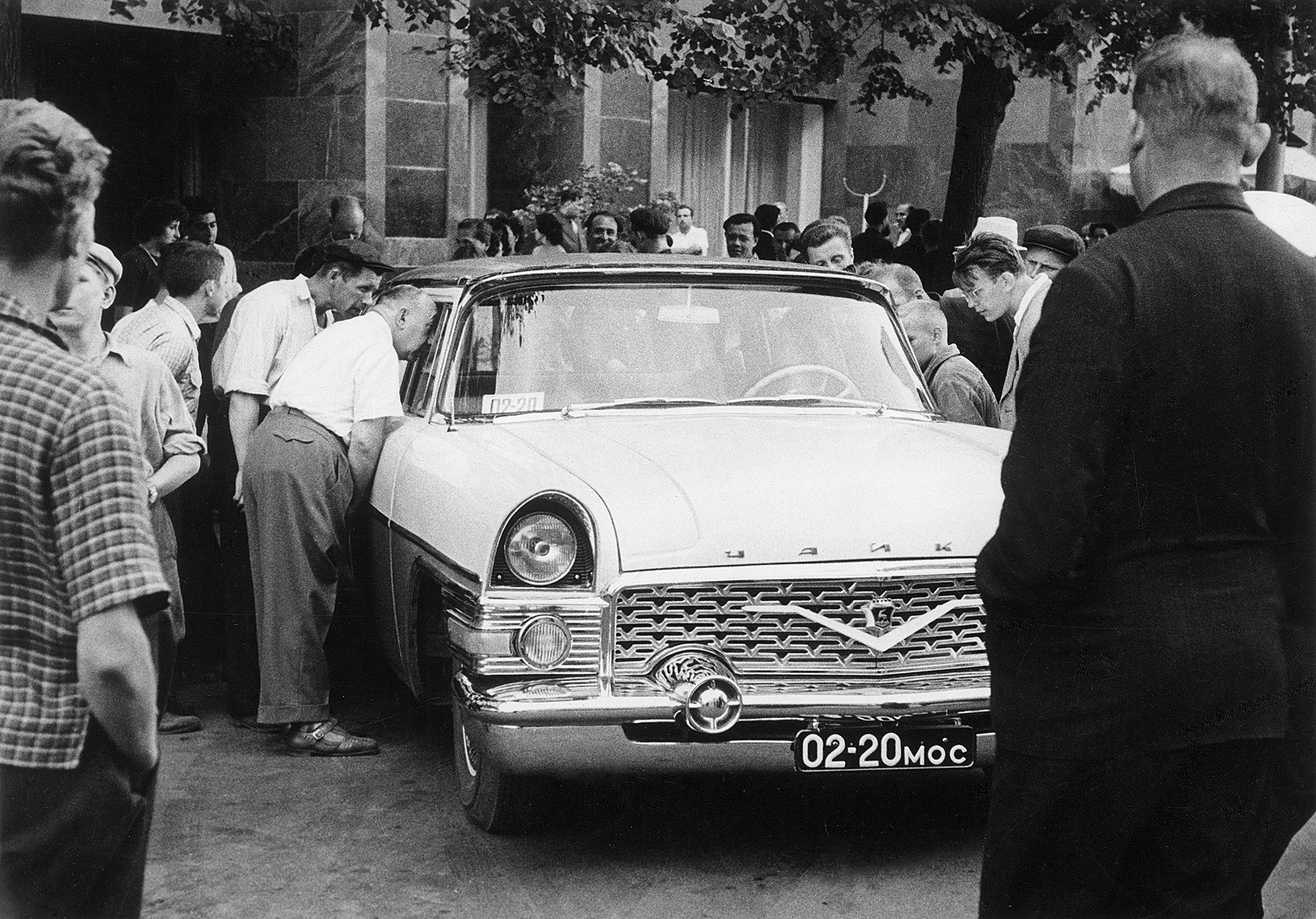 Of course, the fact that these were Party cars certainly mitigated the “luxury” aspect, as officials could perhaps buy less luxurious with their own money, but could not own a Chaika or ZiL. Party cars may have been decked out with a private chauffeur, but if an official left his post, he would also lose the car that came with it.

This was not the case for everyone, however, as during the Brezhnev era (1964-1982), the Soviet Union began to produce cars for private consumption. The state never made mass production a priority: In a 1959 speech, Khrushchev declared that “it is not our goal to compete with the Americans in producing more private cars.” By 1975, the car-to-person ratio was only 54:1 (as opposed to 2:1 in the U.S.), and these cars were only available to ordinary citizens who could afford them through a system of work-based merit and queueing.

The quickest and easiest way to get your hands on a car, therefore, was to serve a government organ or to occupy a high-ranking position. In the classic Soviet film Moscow Does Not Believe in Tears, the main character Katerina (a factory boss) is portrayed as the epitome of the well-to-do Soviet woman by her use of a State-owned Lada – not exactly a Ferrari.

Other lower-down officials were also given the privilege of jumping the automobile queue, but the car they’d get would be a long way from luxury. In the book Pleasures in Socialism, for example, Jukka Gronow describes how a large quota of the distribution of Lada and Pobeda cars was overseen by military officials, who would administer the cars for deserving members of their department. Some might even get more than one Pobeda for other family members – a feat seen as the height of luxury at the time, despite the cars remaining state property.

The distribution of Soviet accommodation was much more rigorously centralized than cars, and the extent of their luxury changed drastically over time.

Officially, no one owned their own apartments outright, and the place in which you lived was determined by the proximity to the job you worked and to where your colleagues also lived. This was no different for the nomenklatura, who were packedinto buildings with other elites – this was a tradition started by Stalin, who erected ubiquitous structures like the enormous Kotelnicheskaya Embankment Building for artists and the House on the Embankment to house NKVD officials (the residents of these apartments were chosen by Stalin himself). The high demand for rooms in these elite blocks was alleviated by the high number of bureaucratic repressions under Stalin’s rule.

After Stalin’s death, the thaw in urban repressions and exponential growth of postwar bureaucracy meant that there were more members of the nomenklatura, and in order to house them, elite homes began to move outside of Moscow city center, and became somewhat less luxurious. Also, in stark contrast to the stalinki, Brezhnev did not intend for his top officials’ homes to be landmarks and had them blend in with their surroundings.

A case in point is the Tsekovsky Houses in Kuntsevo (a middle-class suburb of West Moscow), nicknamed the “Tsar’s village.” As one former high-ranking Soviet lawyer named Lidia Sergeevna recounted, “I got a three-room apartment for my family, total area 93 square meters, in the ‘Tsar’s village’ in 1980. It wasn’t a palace, but we did have a mezzanine, two balconies, and a concierge.”

As far as leaders’ houses went, the Soviet Union’s general secretaries usually lived somewhere a step up from the “Tsar’s village,” but a far cry from Washington’s White House. Leonid Brezhnev refused a luxurious pad in Moscow's Patriarch's Pond area, for example, and lived in an apartment from his pre-General Secretary days at the prestigious 26 Kutuzovsky Prospekt. The apartment went on sale in 2011 for 18 million rubles ($620,000 at the time), and boasted a mere 54 square meters in floor space. Even as general secretary, Brezhnev didn’t own this joint. 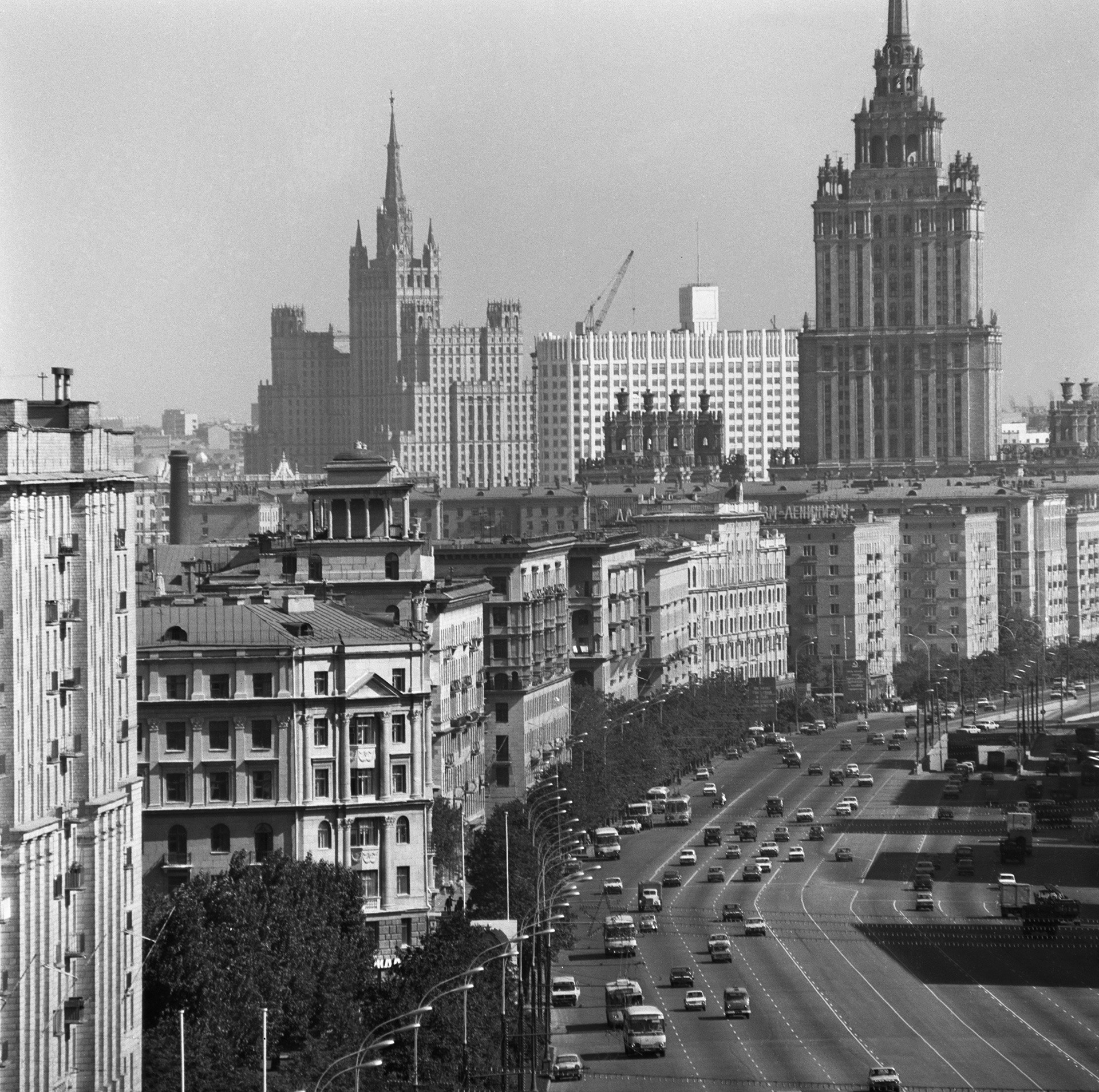 Mikhail Gorbachev’s penthouse on 10 Granatny Lane in Moscow City Center, which he occupied from 1986 to 1991, was considered a major upgrade, and even though he didn’t own the apartment himself, it angered many people at the time. The apartment was later bought by composer Igor Krutoy for an alleged $15 million.

Even greater outrage was caused by Gorbachev’s $20 million dacha in Foros, Crimea, built entirely at the state’s expense. That’s not to say that Soviet elites didn’t holiday well before that: A recent study revealed the modern-day market prices of the nomenklatura’s enormous holiday homes, with the most expensive mansion worth $26 million in the Moscow suburb of Nikolina Gora. Other million-dollar pads in prestigious areas outside Moscow like Peredelkino, Zhukovka, and Barvikha are shown to have been inhabited by the great and the good of Soviet history: Pasternak, Yevtushenko, Eisenstein, Yesenin – you name it.

It is well documented that Soviet government officials were served by separate grocery stores to the rest of the USSR population, a fact much begrudged by the man on the street, who would be refused entry without a Party card or a series of vouchers for food there. In 1985, a man named N. Nikolaev from Kazan captured the sentiment of the nation when his letter was published in Pravda newspaper, reading “Let the boss go the ordinary store with everybody else, and let him stand in line for hours like everybody else!” 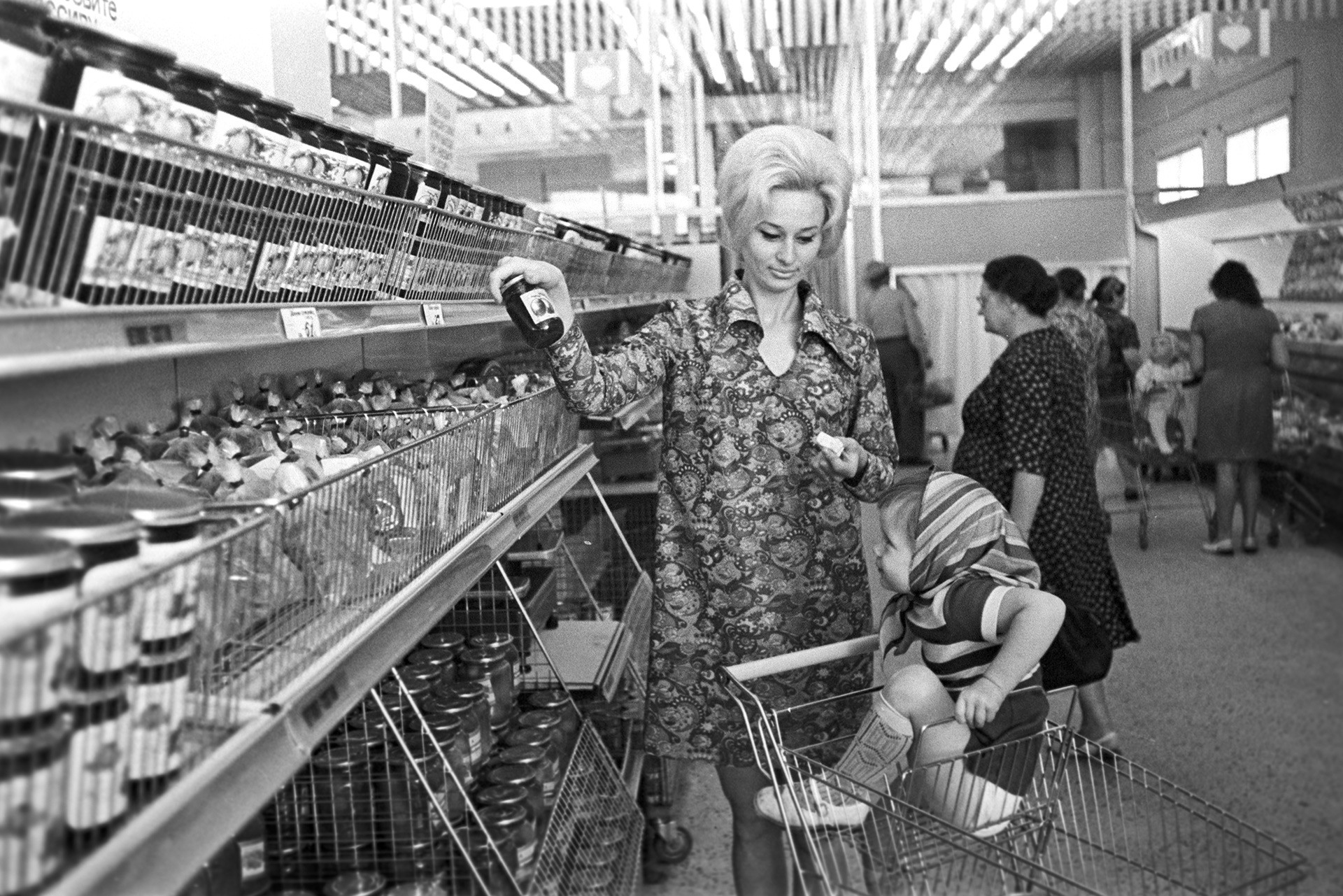 While Soviet shops tended to supply its people with “basics” such as bread, potatoes, and sweets, meat and sausages were usually in short supply, particularly outside of Moscow. On the other hand, sovietology expert Mervyn Matthews’s 1978 study entitled “Privilege in the Soviet Union” uncovered the extent to which the upper echelons of the Soviet government were eating well; According to Matthews, 8 percent of Soviet shops accepted “preliminary orders,” delivering otherwise-invisible food like fillet steaks, lobster, and black caviar directly to officials’ doors twice weekly.

However, the extent of the luxuriousness on apparatchik’s plates has been debated, with former Deputy Prime Minister of the Tajik Socialist Republic Georgy Koshlakov declaring in a 2008 interview that the restricted supermarkets resembled any other shop. “The shops had everything there should have been in normal shops, and for the same prices,” he said. “Everything was fresh: Butter, cheese, sausages. But I don’t recall any exclusive delicacies.” Whether Koshlakov’s account is true or not, it’s clear that government officials never went hungry, something the public could not boast. 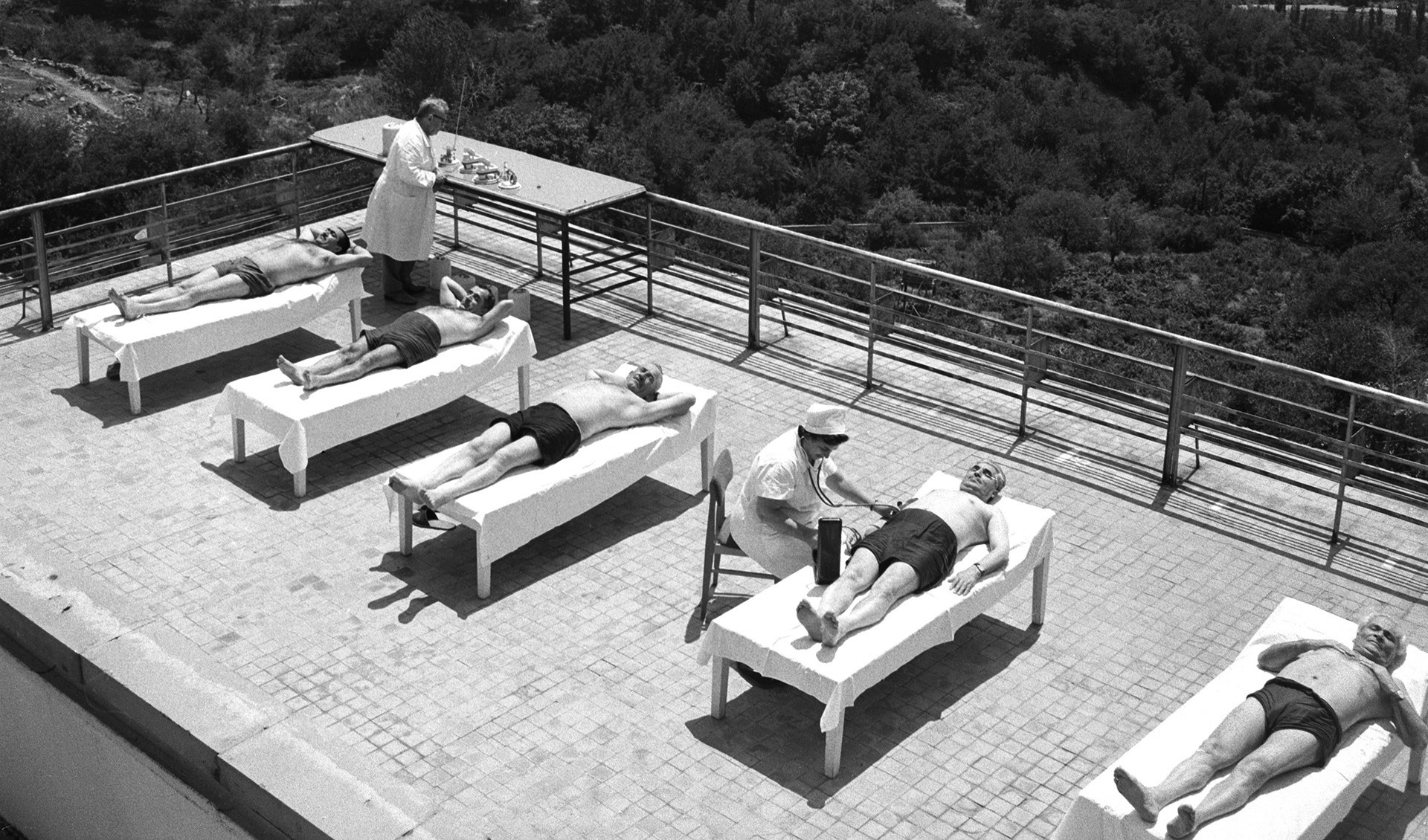 In the USSR, healthcare was usually organized by workplace management, with polikiniki (health centers) installed in the workplace and in most apartment blocks.

Needless to say, the healthcare afforded to nomenklatura families was of a different standard.  Poet and writer Korney Chukovsky, who was treated in a Party hospital in 1965, wrote in his diary in that “the families of the Central Committee built for themselves a paradise, all while people in other hospital beds were starving, dirty, and without the right drugs.” This practice was extended to lower-down officials under Brezhnev, too, as he built several enormous sanatoriums for mid-level bosses in seaside resorts like Riga and Sochi, as well as Kursk and Novgorod.

Aside from being well looked after health-wise, it seems the children of Russian government officials were also guaranteed a job of their choosing. In his book The Russian Ten, Ilya Stogoff details how the kids of the nomenklatura went to special schools, from which they were given a path to a bright future. “After getting their diplomas… They could go abroad as diplomats, trade representatives, journalists – whatever they wanted,” he wrote.

Brezhnev’s niece Luba also spilled the beans on the sweet life of nomenklatura heirs in her memoir The World I Left Behind. In this candid portrait of the Soviet elite, Luba laid bare how she and the children of officials were given jobs with little to no responsibility, and would occupy their time filing their nails or writing poetry. “Some went off to volunteer for hard labor,” she wrote, “simply because they could not bear the boredom.”

The extent of the nomenklatura's nannying only became truly visible after the USSR's collapse, when high-profile figures struggled to live without their privileges. "Enfant terrible" Galina Brezhnev (the former General Secretary's daughter) is a case in point - she died in a psych ward in 1998, having struggled for years with alcoholism. "She broke no law," as newspaper Izvestiya explained in her obituary,  "because the law was not written for people like her."