Your guide to single Russian oligarchs. Yes, some are still available! 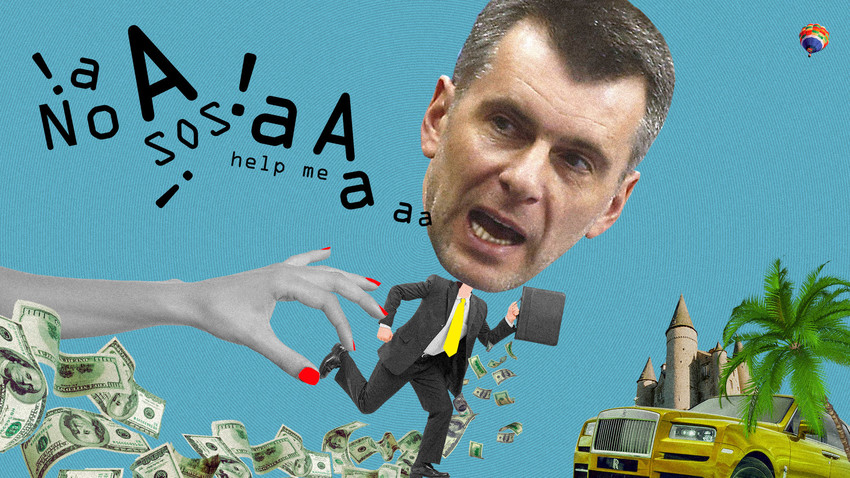 Alexander Kislov
Not all Russian billionaires are settled family men. Some are ‘actively looking’ for a wife. And we know where to find them...

The owner of the Onexim investment group and part owner of the Brooklyn Nets NBA basketball club is a rare case among men with impressive capital. In his 53 years he has never been married and has no children. At the same time the billionaire has been repeatedly spotted in the company of Russian models whom he likes to take on holiday (often several girls at the same time). Once the French police questioned Prokhorov after a pimping scandal broke out, but he was never charged. 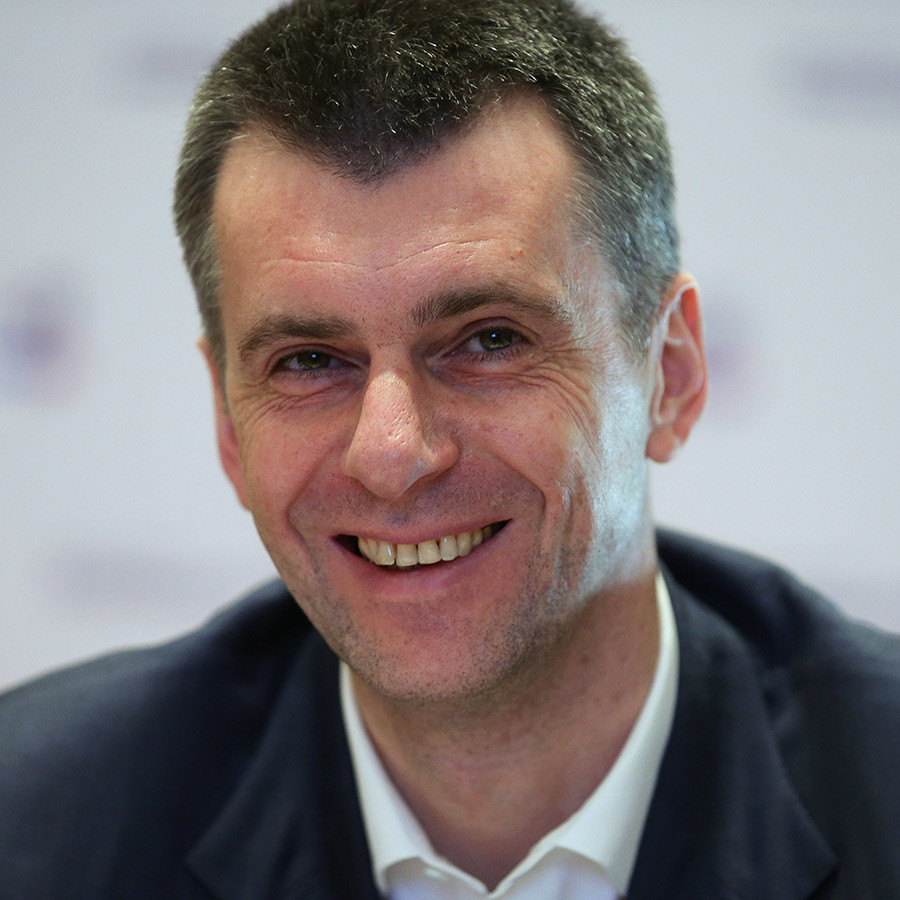 Prokhorov explains his bachelor way of life by the fact that he has simply never fallen in love. But he says he very much wants to. In 2012, in an interview with CBS, he even joked that he would get married if his team (not the most successful in the league, to put it mildly) didn't win the championship within three [Translator's Note: the quoted website says "five"] years. It didn't, but the businessman is still single.

Where can one meet him? On the Cesme Peninsula (Turkey) where the oligarch has a mansion, or in the Seychelles where, according to media reports, he owns North Island. 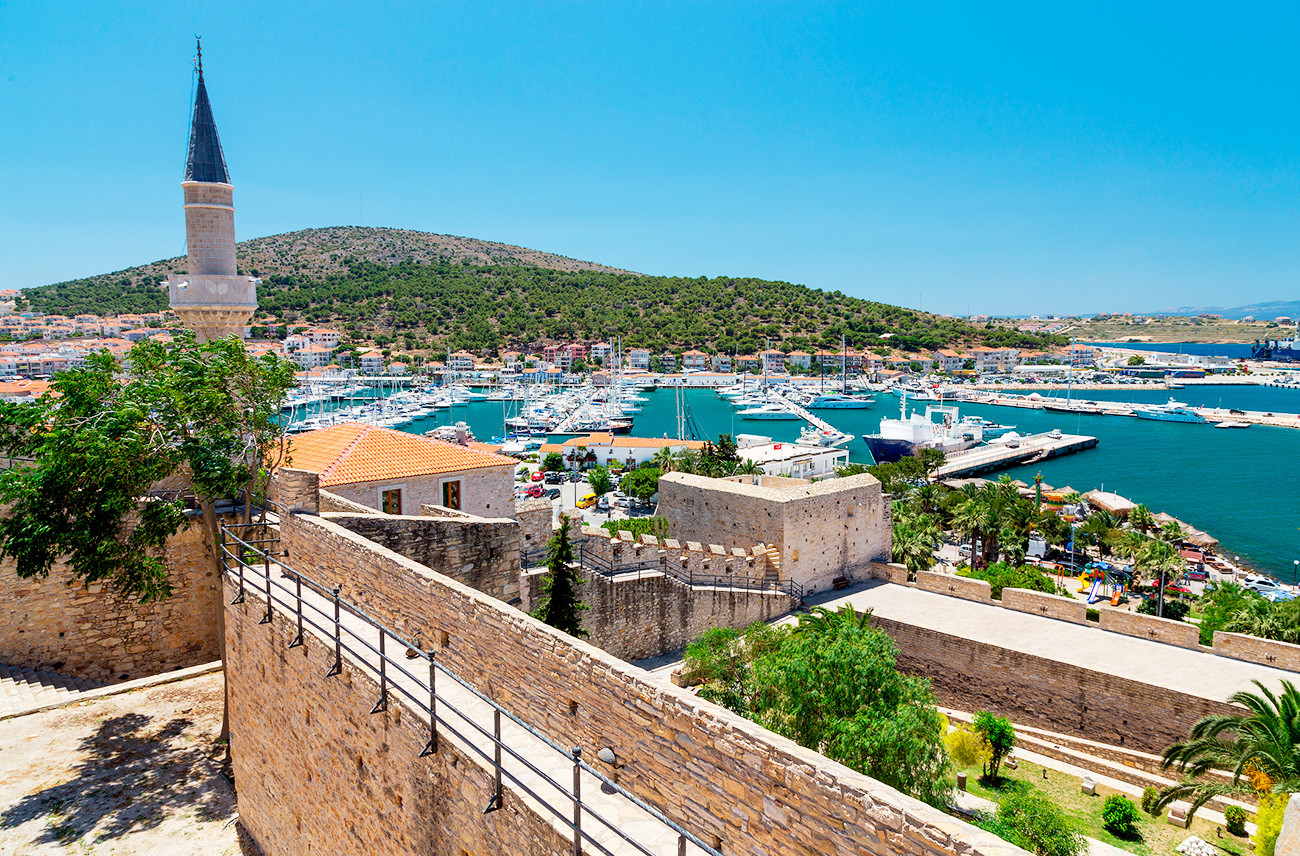 Svetakov, the 50-year-old owner of the Absolut Group investment empire, is divorced and has four children. He met his former wife Yulia in the 1990s in a hairdressing salon where she worked. He made money in electronics, which he imported from Asia. After the divorce, Svetakov paid Yulia a $40m settlement. 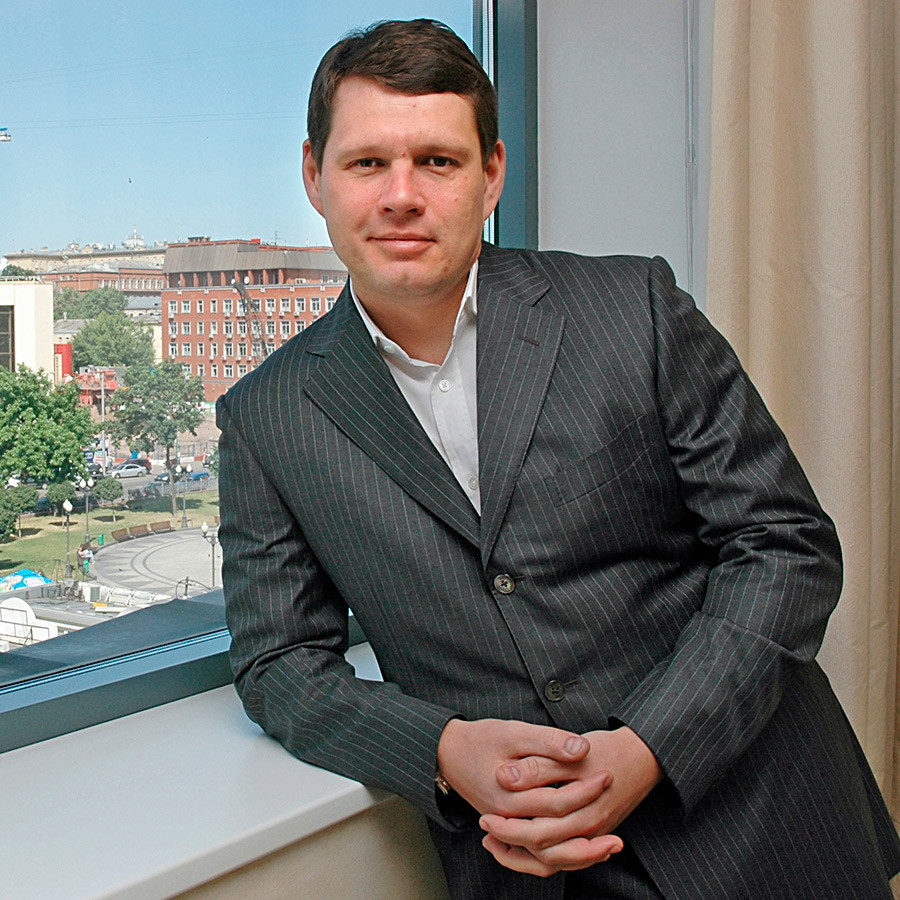 The billionaire's interests include retail, banks, casinos, land, and other sectors. In the Moscow Region he owns about 20,000 hectares of land. He even bought a helicopter - a six-seater McDonnell Douglas - to fly around in. Later, though, Svetakov admitted that he had "got carried away."

Most of all he values "decency and a certain punctuality" in people: "I hate it when people take liberties with my time by being late."

Where can one meet him? In the Pride Wellness sports club in Zhukovka, a prestigious settlement outside Moscow, which Svetakov himself attends (and which belongs to him). Or in places popular with surfers: Bali, the Indonesian islands, or the island of Timor. 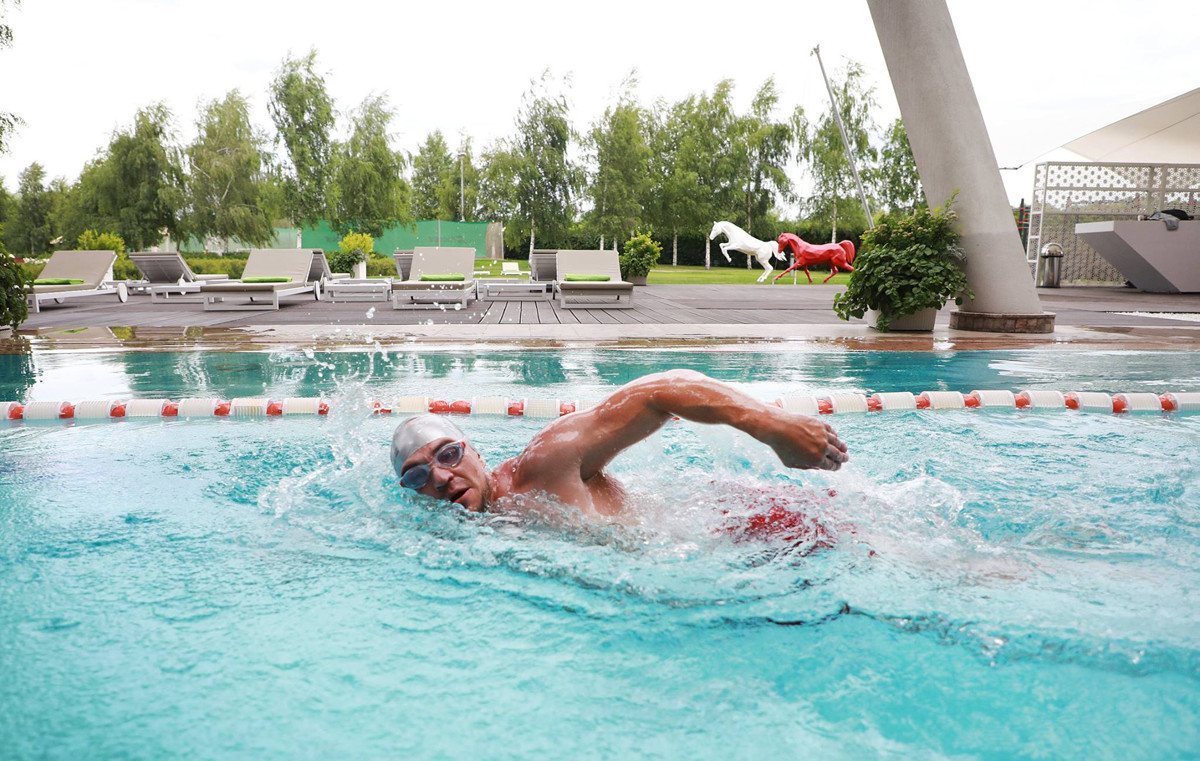 Putin's twice-divorced friend and judo partner, 66-year-old Arkady Rotenberg, remains one of the most eligible bachelors among billionaires. Admittedly, whatever happens the businessman will protect his wealth with a prenup, something he has done before. 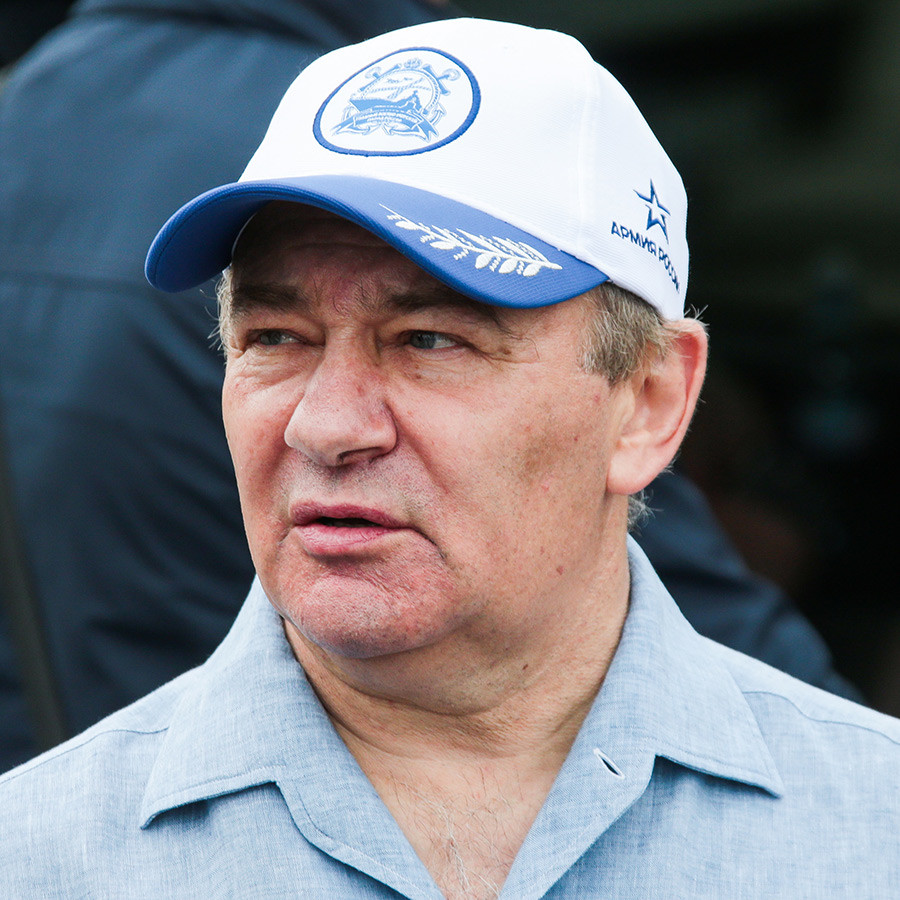 Where can one meet him? In Moscow’s Gusyatnikoff restaurant. It belongs to Arkady and his younger brother Boris, and is regarded as "the Rotenberg family venue." Here they meet up as a family, and hold celebrations and negotiations. The restaurant often provides catering for sports events in which Rotenberg Sr. takes part. 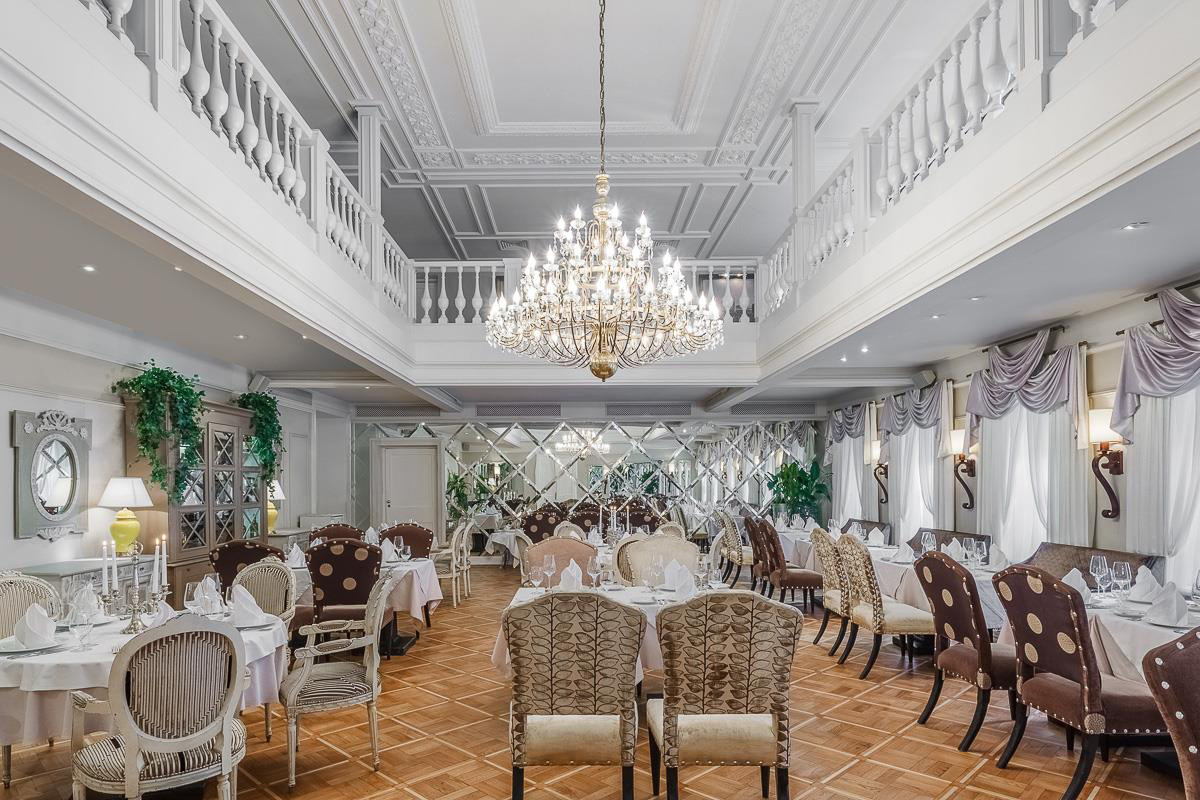 The son and heir of Roman Abramovich, Arkady is also one of the most eligible bachelors at present. He’s young, ambitious and at 26 already immensely rich. He became seriously involved in business even before coming of age and already co-owns (together with his father) Chelsea FC, heads ARA Capital Limited and Crosby Asset Management, and co-owns Zoltav Resources PLC. Also, Arkady buys oil and gas fields and builds greenhouse complexes. 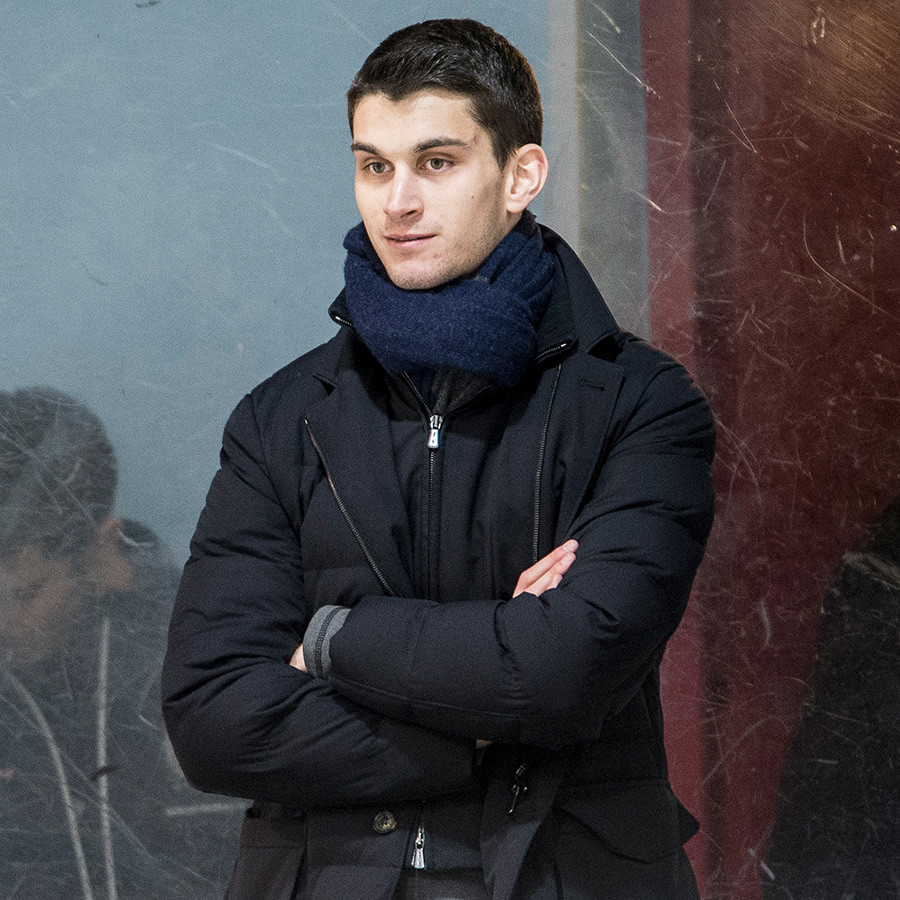 In 2013, there were media reports about his affair with Alexandra, the daughter of well-known restaurateur Arkadiy Novikov. But after living together in London for a while, the two went their separate ways. Little is known about his relationships - Arkadiy doesn't lead a turbulent social life and avoids public gatherings.Where can one meet him? The businessman buys up land for growing squashes and cucumbers all over Russia, so he is often seen in the provinces. In Moscow, he often plays football at his dad's Skolkovo complex and goes for dinner at the Tsarskaya Okhota restaurant. 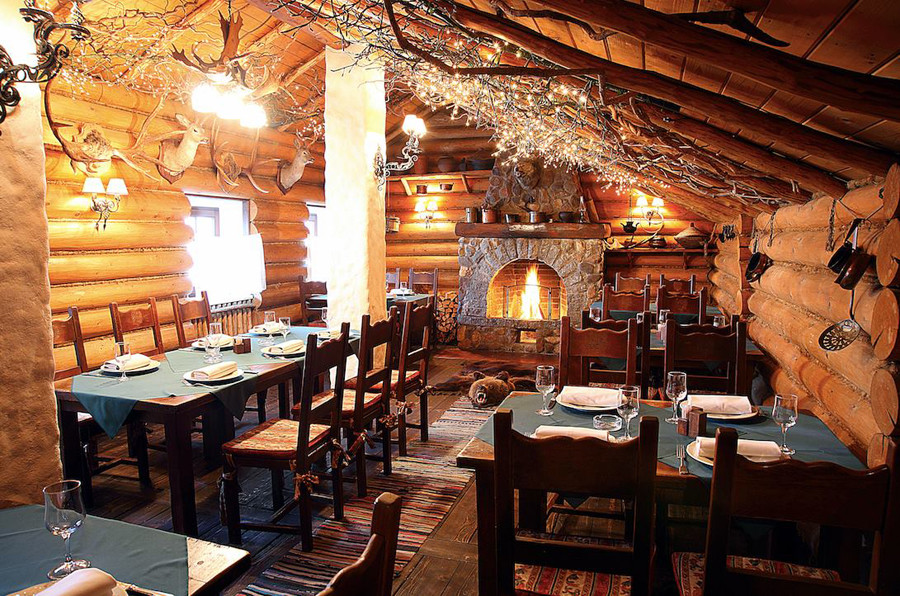 Back in 1995, actress Sharon Stone was furious after she arrived at the Cannes Film Festival and found that her villa (which she had reserved a year in advance) had been rented by a Russian oligarch. Amid the scandal, he put a small airplane in the air with a slogan insulting Stone. The Russian oligarch in question was Boyko - a major investor and banker, and one of the richest people in Russia (at the time).A year later in Monte Carlo he broke his spine after he lost the keys to his villa and decided to get in through a balcony, but fell. Since then he’s been in a wheelchair. He has also managed to lose everything and make his fortune again, as well as divorce his wife. 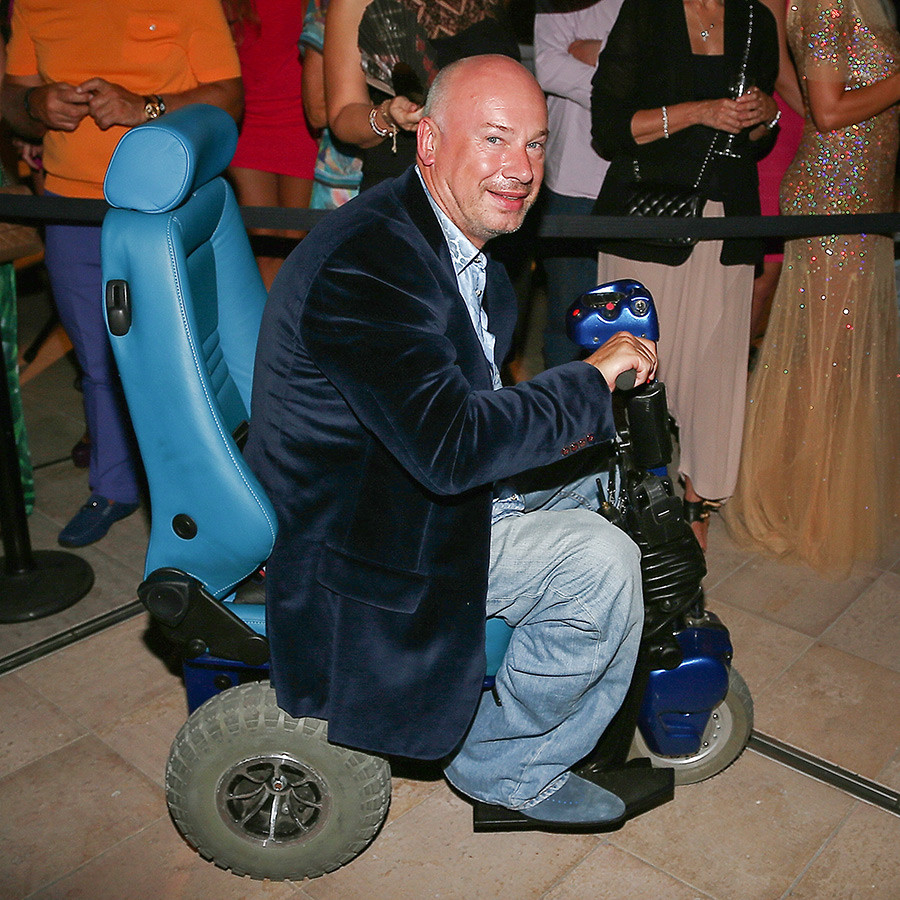 In 2010, in an interview with Tatler, Boyko confessed that he was looking for a housekeeper who will also perform wifely duties, probably in his Los Angeles home, from where the 53-year-old oligarch periodically stays to produce films (Sin City 2).Where can one meet him? In the corridors of the City of Capitals skyscraper in Moscow City where his investment holding company Finstar is based. 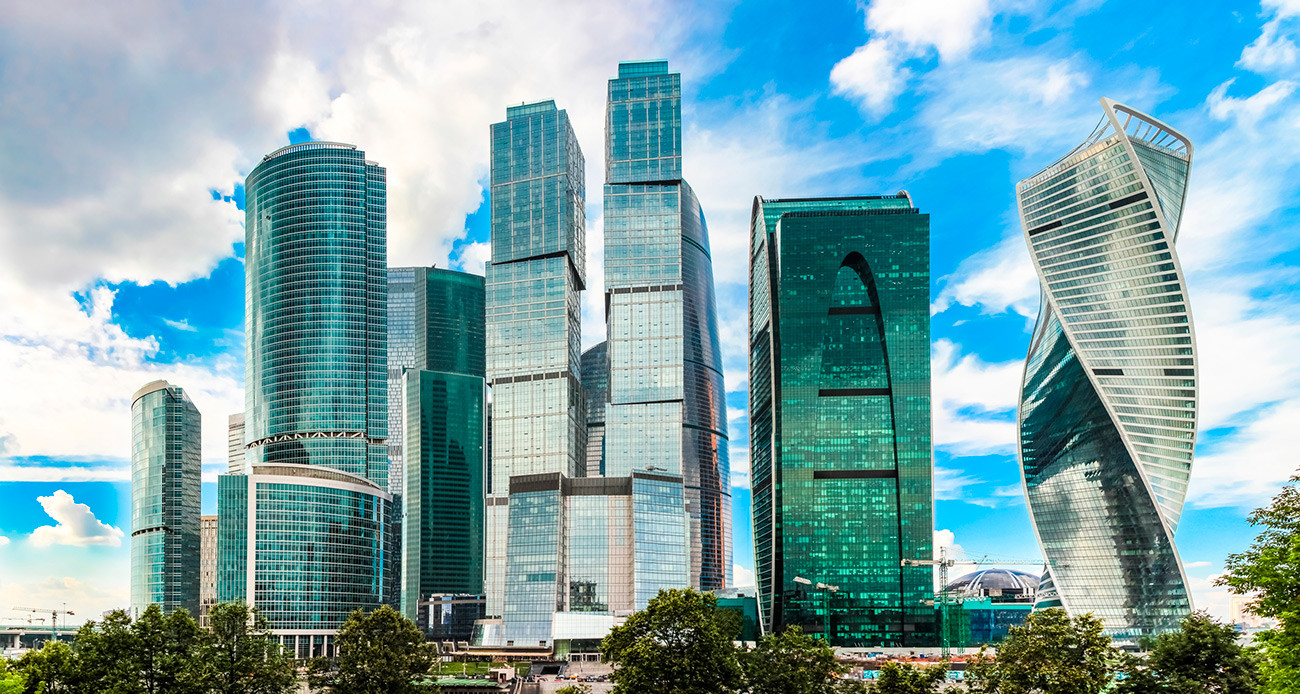 Arguably one of the most secretive Russian billionaires. You can hardly find any photos of him on the internet, and you definitely won’t find him on social media.

Bazhaev, a Chechen, inherited his wealth after the death of his father Ziya Bazhaev, the founder of the oil production holding company, Alliance Group. He owns shares in all the divisions of the holding company, which has now switched from oil to platinum and gold. 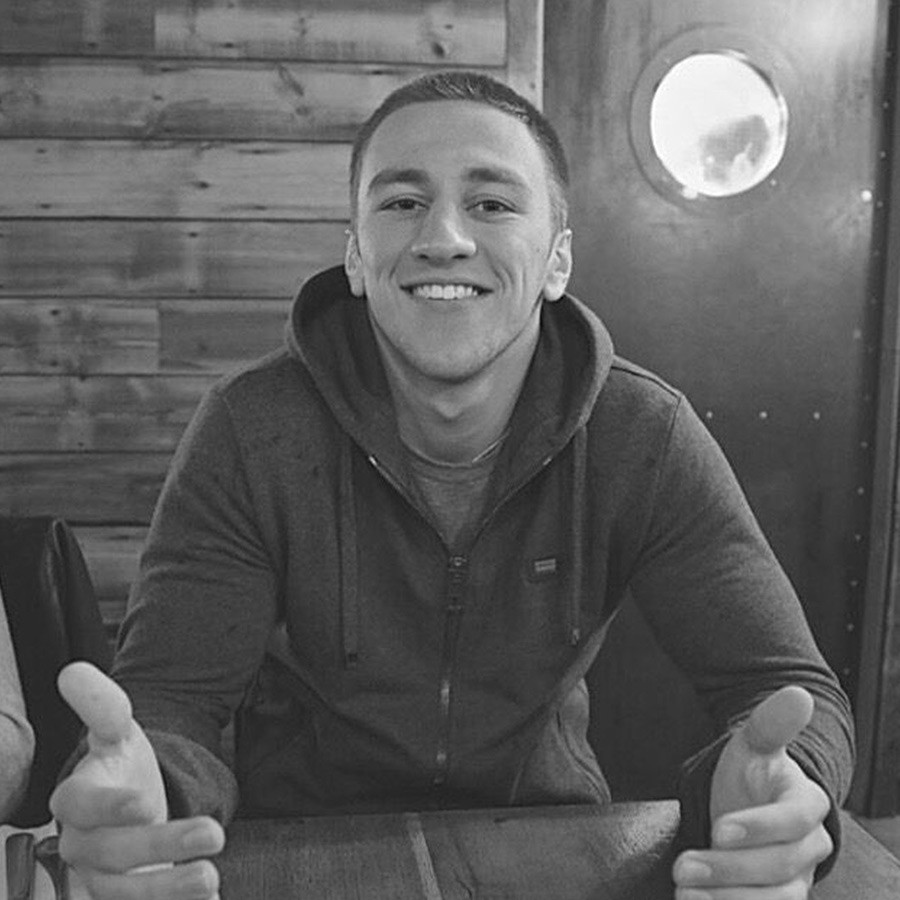 It is also known that 22-year-old Deni was a child prodigy. At the age of 12 he scored 148 in an IQ test (the average for an adult is 100). He easily multiplies four-digit numbers in his head, and, as they say, is definitely not going to get married before he is 30.Where can one meet him? In Moscow's best restaurants, usually in the company of his cousins. In the winter, he goes snowboarding in Courchevel. In the summer he goes on holiday to Forte Village in Sardinia. 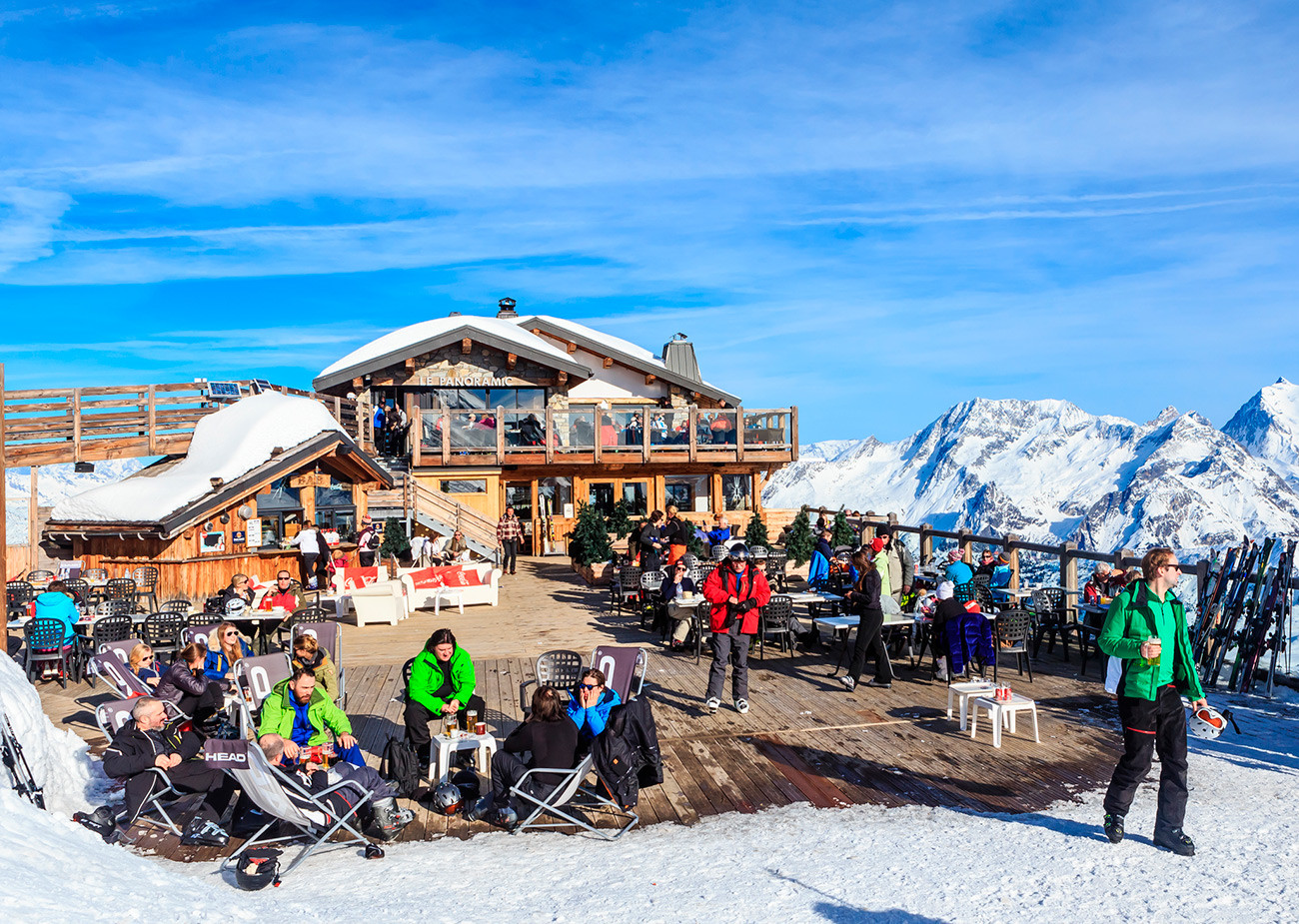