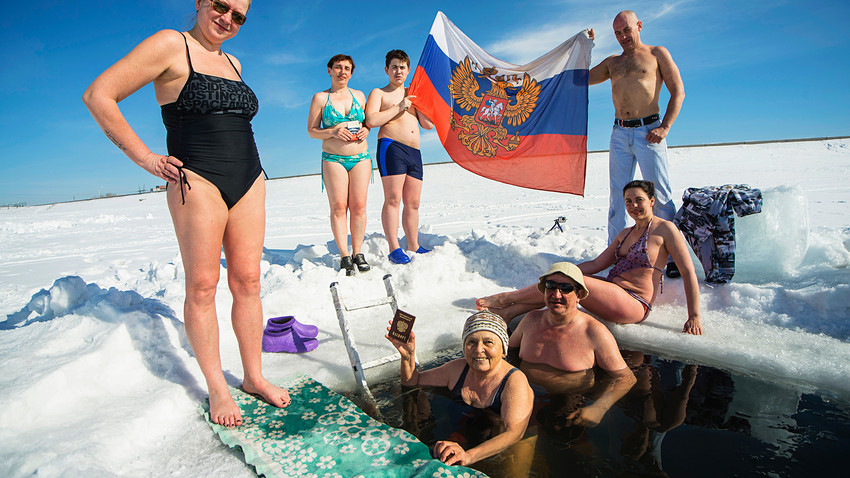 AP
Russians are often funny in that we realize our own shortcomings, but still take pride in a lot of what makes life difficult for us. There is always comfort in knowing you did not bend, and to a Russian, ‘not bending’ is both kryptonite and a source of strength.

We have to give credit to the Americans here. If it weren’t for them losing 418,000 people - and talking about themselves as the country that beat Nazi Germany - our own Russian boasting would feel very lonely, 27 million deaths notwithstanding.

The fact of losing so many more soldiers than anyone else has had a profound effect on the Russian psyche: it shapes how we view our place in history, both past and present. Not all of us believe it’s OK to use your grandparents’ sacrifices to justify having an opinion on international relations, but Russia’s wartime losses somehow became inextricably tied to this habit - we are all strategists and master tacticians over here.

2. Using junk and lack of funds to build superior tech

We could’ve just started with this, to be honest, but one place the Russians are definitely ahead of the curve on is using what little you have to build something impressive - then rubbing it in all of your faces.

Russia is still the only country with the technical ability to ferry astronauts to and from the International Space Station, using our Soyuz capsule (not always without mishaps, particularly the recent failure, which, thankfully, didn’t kill the cosmonaut and the astronaut inside so they are flying back in a while). After a 50-year run the old workhorse is still going strong. The United States is now trying to counter that with projects by SpaceX and Boeing, but those aren’t likely to start tests until sometime in 2019, according to NASA. 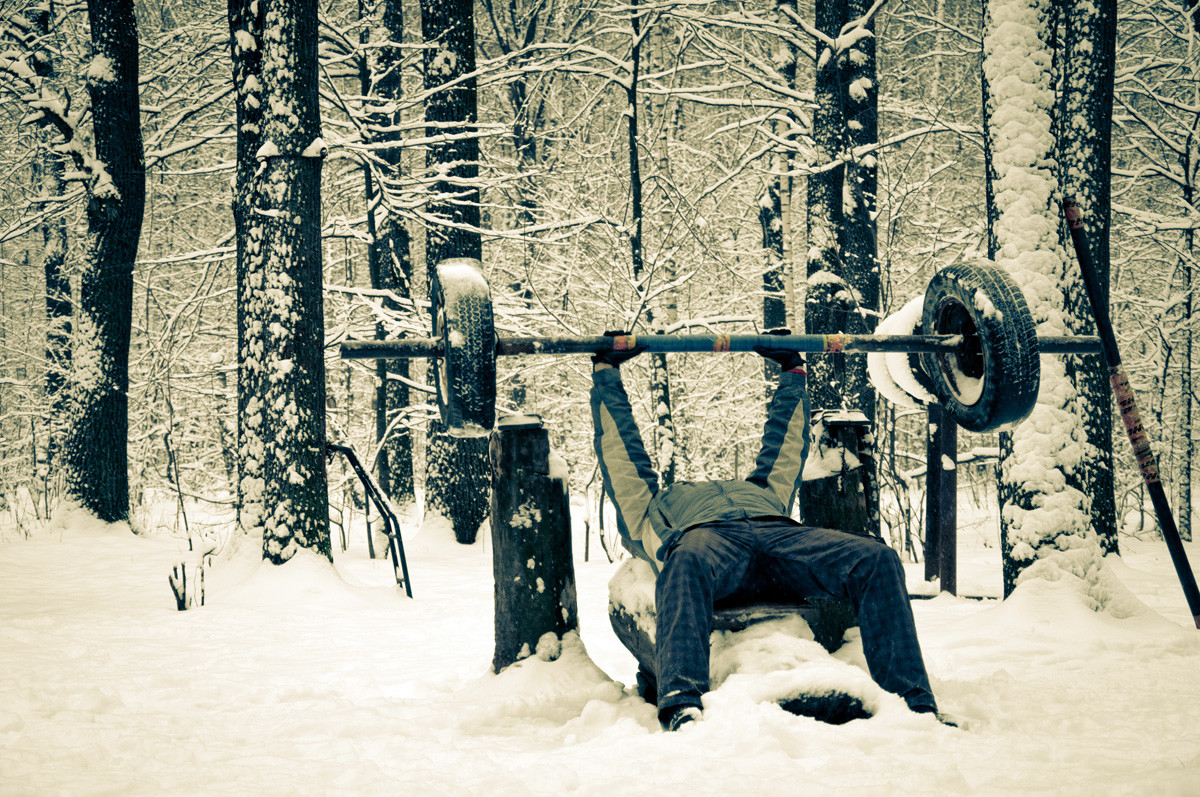 Even though space is a whole different ball game requiring massive funds, our program often reminds us to take pride in often using subpar tools and scant resources to build a complex instrument faster than a billion-dollar investment can get there. This philosophy has been behind many of our weapons and cars, as well as daily life: why work more when you can work smarter? Check our story on the boys who transformed an old 'bukhanka' van into something mean and extraordinary!

Tchaikovsky, Prokofiev, Rimsky-Korsakov, Mussorgsky, Scriabin, Rachmaninoff, Stravinsky – the list goes on. I’m going to go ahead and say that our classical tradition is probably the only cultural domain where you feel you could be listening to the product of a European civilization.

Russian composers are truly citizens of the world in their ability to reach people across cultural divides. Literature, for instance, can’t always achieve the same result, though we are equally proud of spawning the most depressive authors in the world.

Russians love the idea of ourselves as fighters and survivalists as much as we love actual fighting. We’ve been McGuyvering our way through bad climate and culture-defining political transitions all our lives.

We’re quite similar to the British in our strong spirit, with one difference: the Brits are taught to bury their innermost emotions. The Russians – in their often profuse displays of swearing and kicking objects around the room – show a profound way of dealing with stress. Ruminating in ways that often seem self-indulgent is what allows us to overcome things. 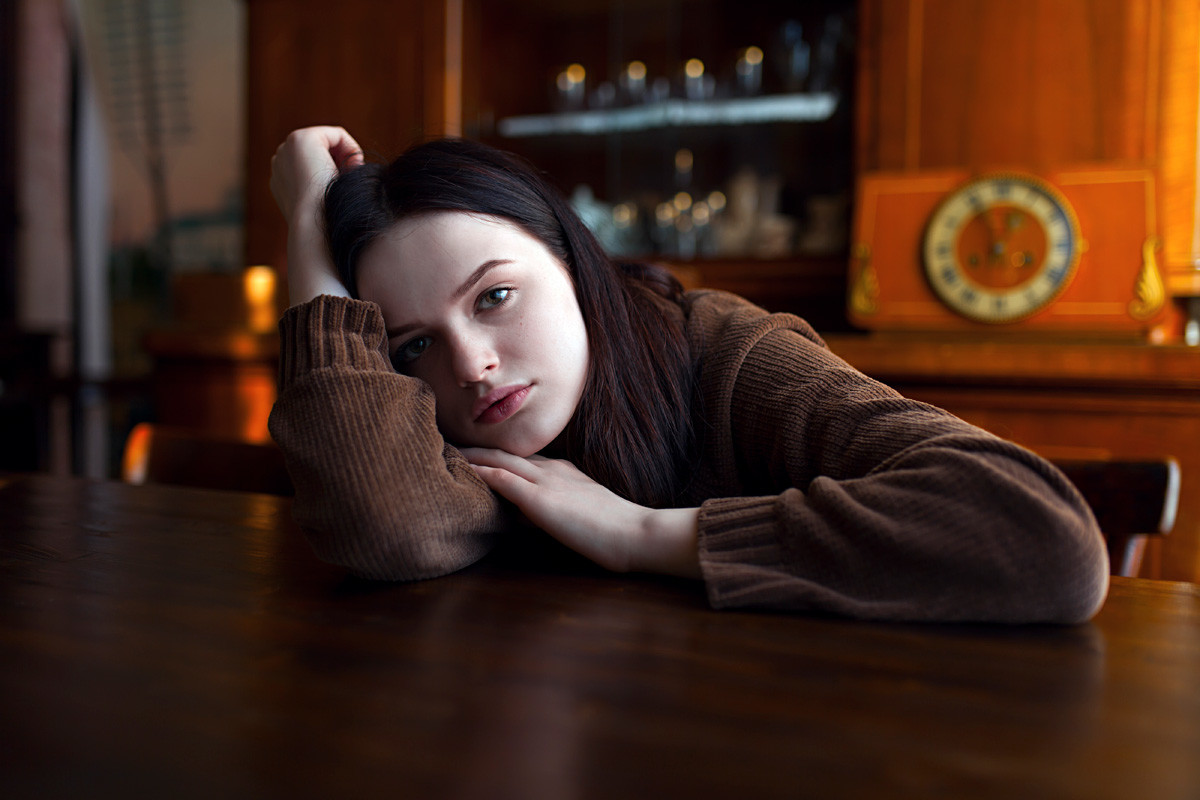 A lot of that of course was forged by a tough history – particularly moments like the terrible slaughter we faced in WWII, and WWI before that. Unless you created mystical interpretations for your suffering, there was little point in sacrifice. And since we’re always being told to sacrifice something for the common good, we love the idea of philosophically interpreting hardships, and persevering through them.

Unlike with our friends to the West, stubbornness here is perceived as an inherently important quality. We know that no one is coming to save us. We likewise know we can’t rely on handouts. So, being stubborn is somewhat tied to survival; imagine having your horse die on you in the middle of a blistering winter, miles from the nearest village. That’s when your inner man awakens.

Of course, there’s a flipside in toxic masculinity, but can you really blame the Russians? This is a nation of men, one where aggressiveness and physical prowess are a prerequisite to getting things done, or risk being sidelined, freezing or going hungry. 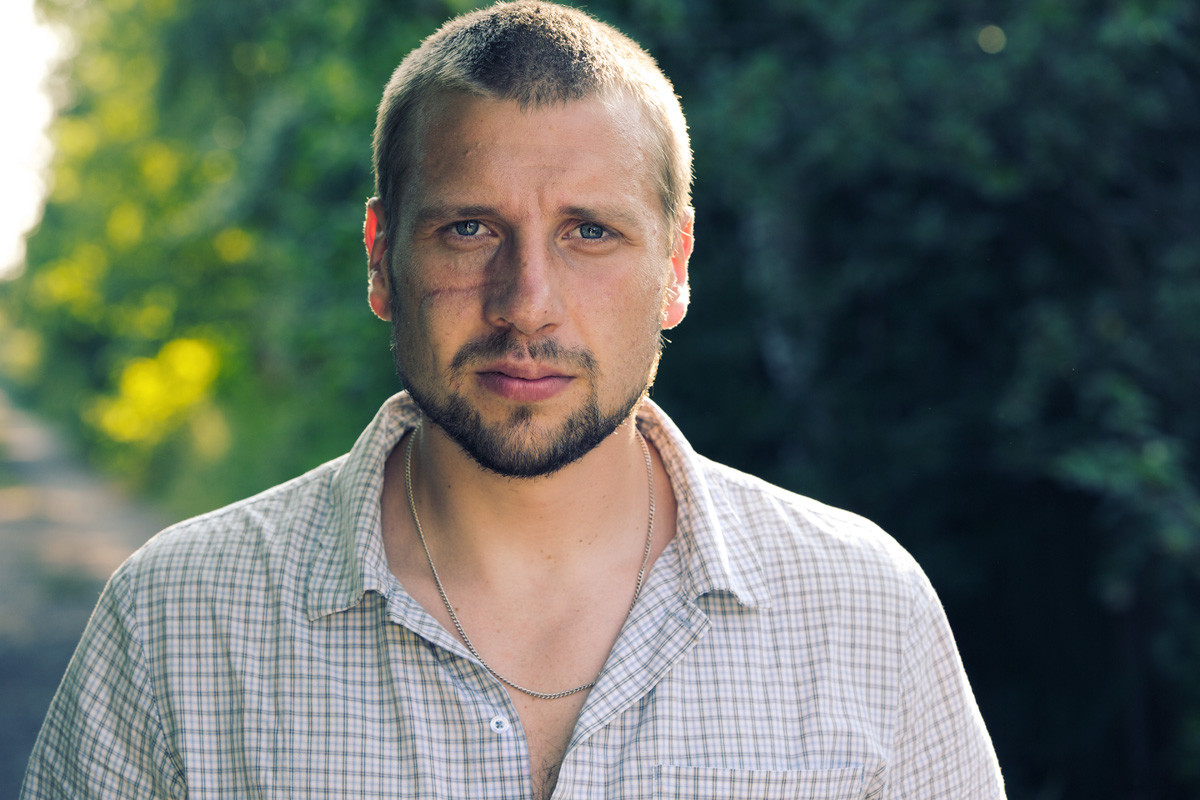 That is why one of the most infuriating - and endearing - qualities Eastern European women often see in their male counterparts is our dumb machismo: it accomplishes things more often than not.

Umberto Eco’s novel Baudolino has got to be one my favorites. Among the many fantastical places and creatures described in it, there is a race of people who can’t wait to commit some form of sacrifice - preferably, the ultimate kind. If there isn’t an active war on, they’ll still run up to strangers asking to be beheaded, because, presumably, there is no other way to prove one’s worth other than lay down your life. This is not much different from the Russians, in whom the idea of extolling sacrifice has been instilled since childhood. 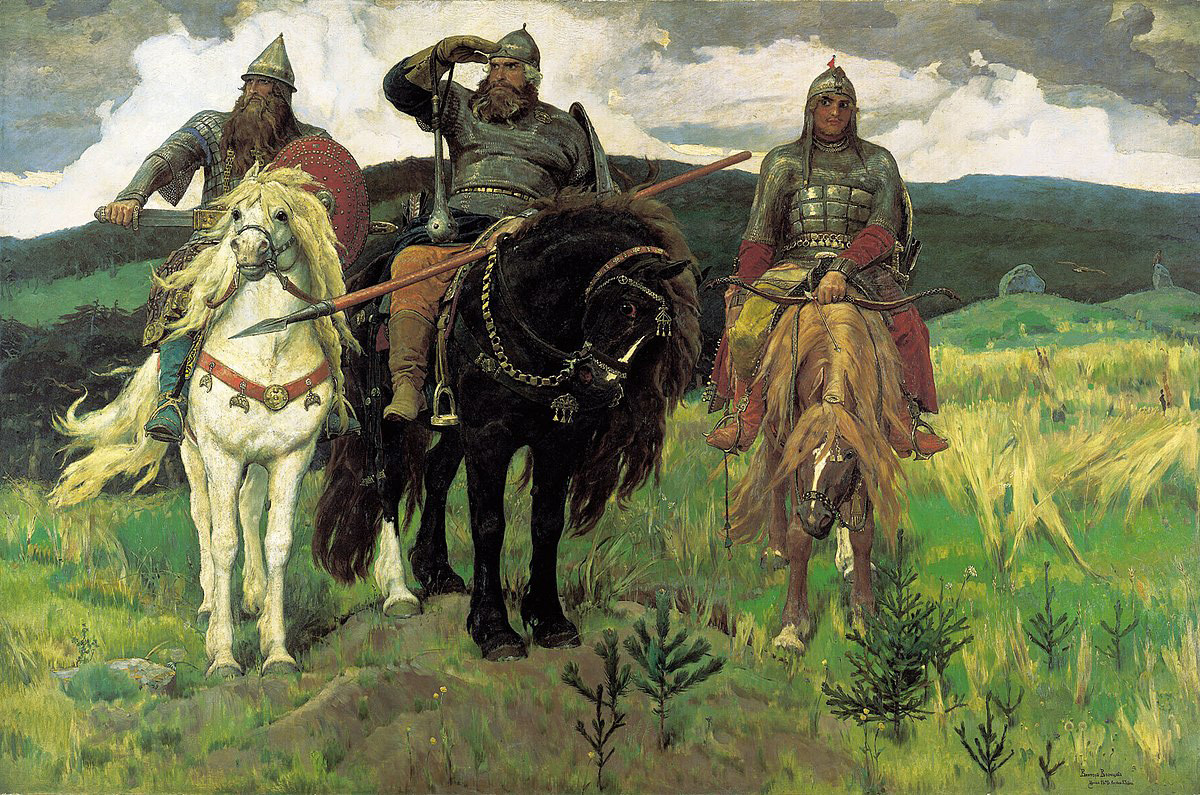 This, likewise, was actively promoted during WWI, as millions of Russians buried their dead in our single biggest public funeral in Petrograd, and the cult of laying down your life for your country gained new salience.

Moreover, Russia being an Orthodox Christian nation at its core, has somewhat elevated suffering as a path to righteousness - certainly more so than in Protestantism or Catholicism. You can of course see this in our literature as well. Marinating in one’s pain feels not only deserved, but also important. Many people often look at Russians as overly absorbed in history, while Russians in turn look down on those who do not remember theirs.

Some may refer to this quality as the “vast Russian soul” – although the phrase is more frequently used to describe lavish acts of kindness or giving. In reality, it should also encompass the Russian’s irrationality – his propensity for overreacting to situations, and for being competitive at it.

A chunk of the Russian psyche revolves around your social standing: to offer to get the rounds or to do something for the group were behaviors I grew up with. But so was taking offense at small insults. We might appear as a First World nation of individualists living in a free-market economy, but our culture still harbors a reliance on what the group thinks about individual actions. A lot of the good and the bad that we do stems from that realization. As a group, the Russians appear not to care. As individuals, deep inside, they care a lot about perceptions. 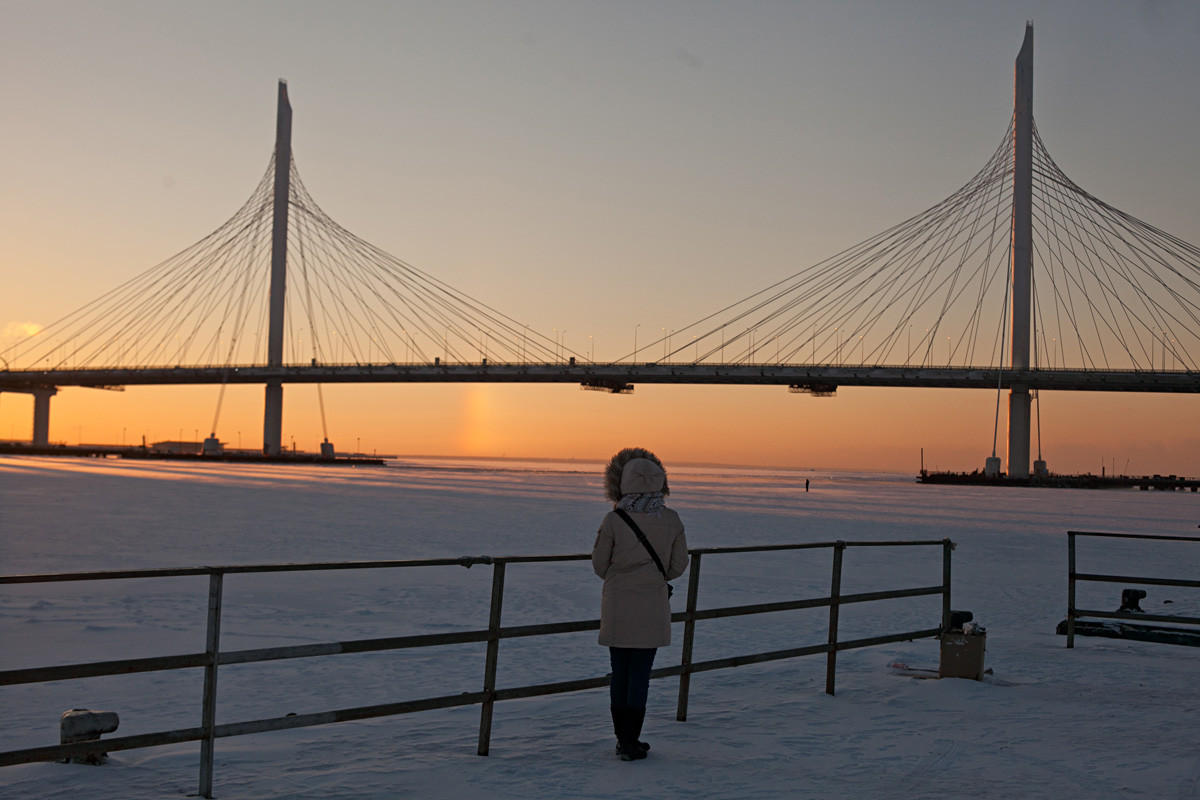