OPINION: Why is Russia so damn 'depressing?' 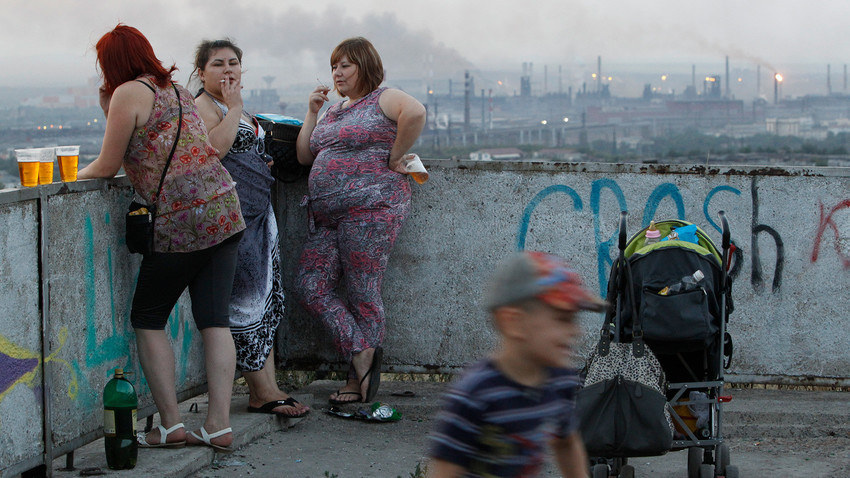 Women relaxing at an observatin point in the industrial city of Magnitogorsk, Russia

Reuters
Not all is as it seems with Russians, whose ‘sadness’ is actually a carefully-sculpted coping mechanism.

Outlining the reasons for characteristic Russian depressiveness is a gargantuan task. Which is more true – that we truly are a depressive bunch? Or rather, that others super-impose their concept of happiness on us? As it turns out, a bit of both.

First things first: why are Russians “depressed”? How about this… 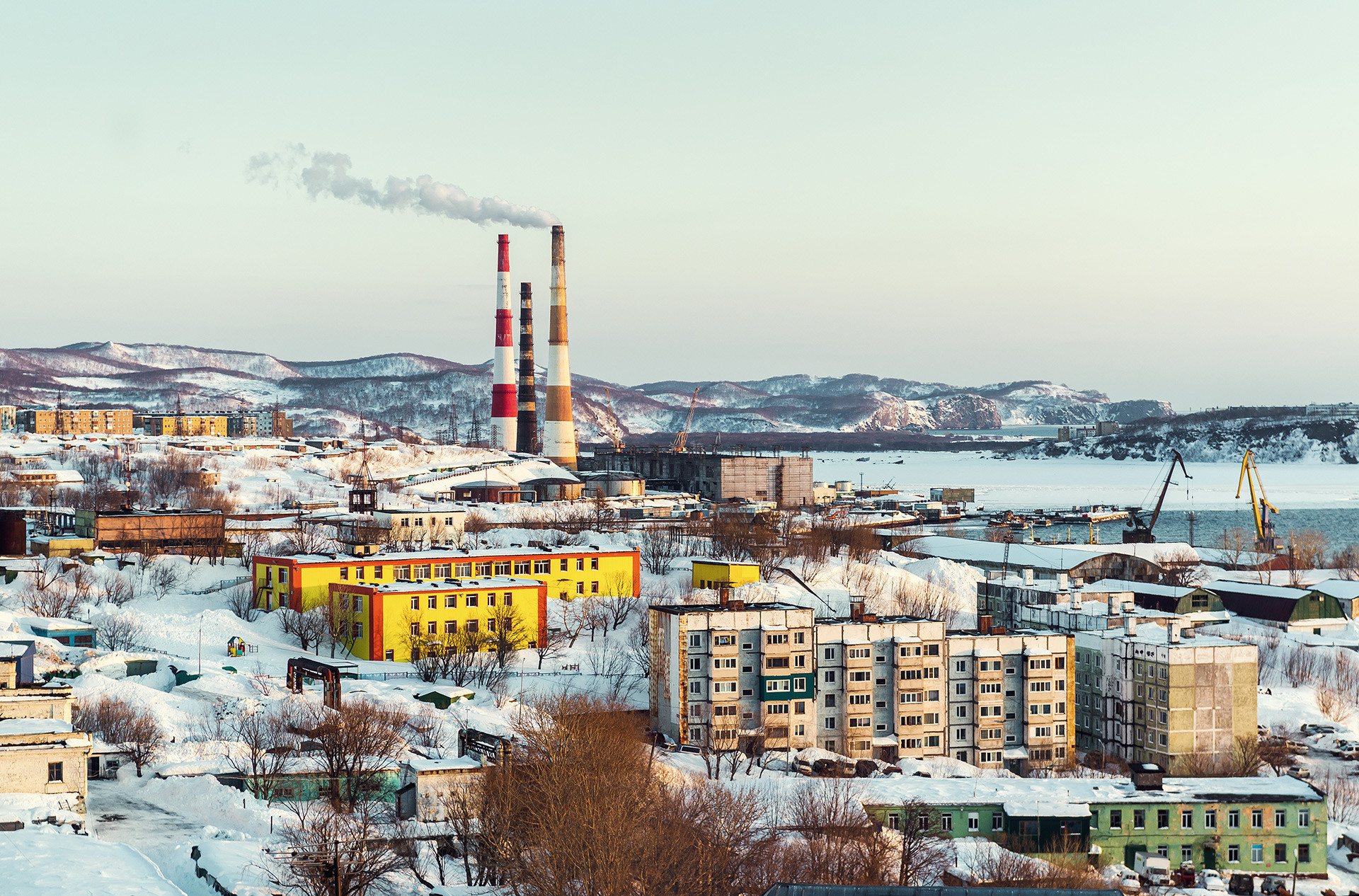 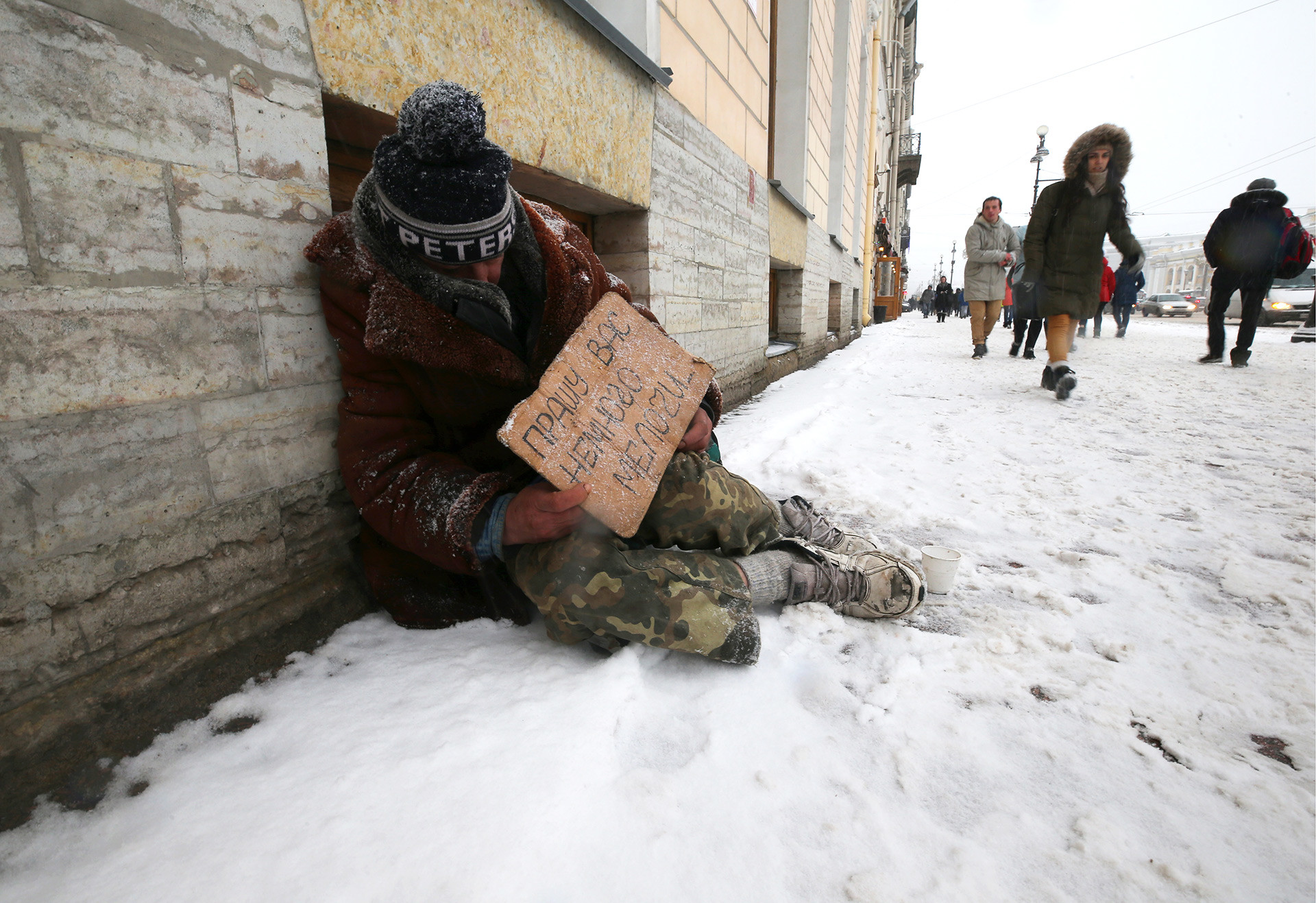 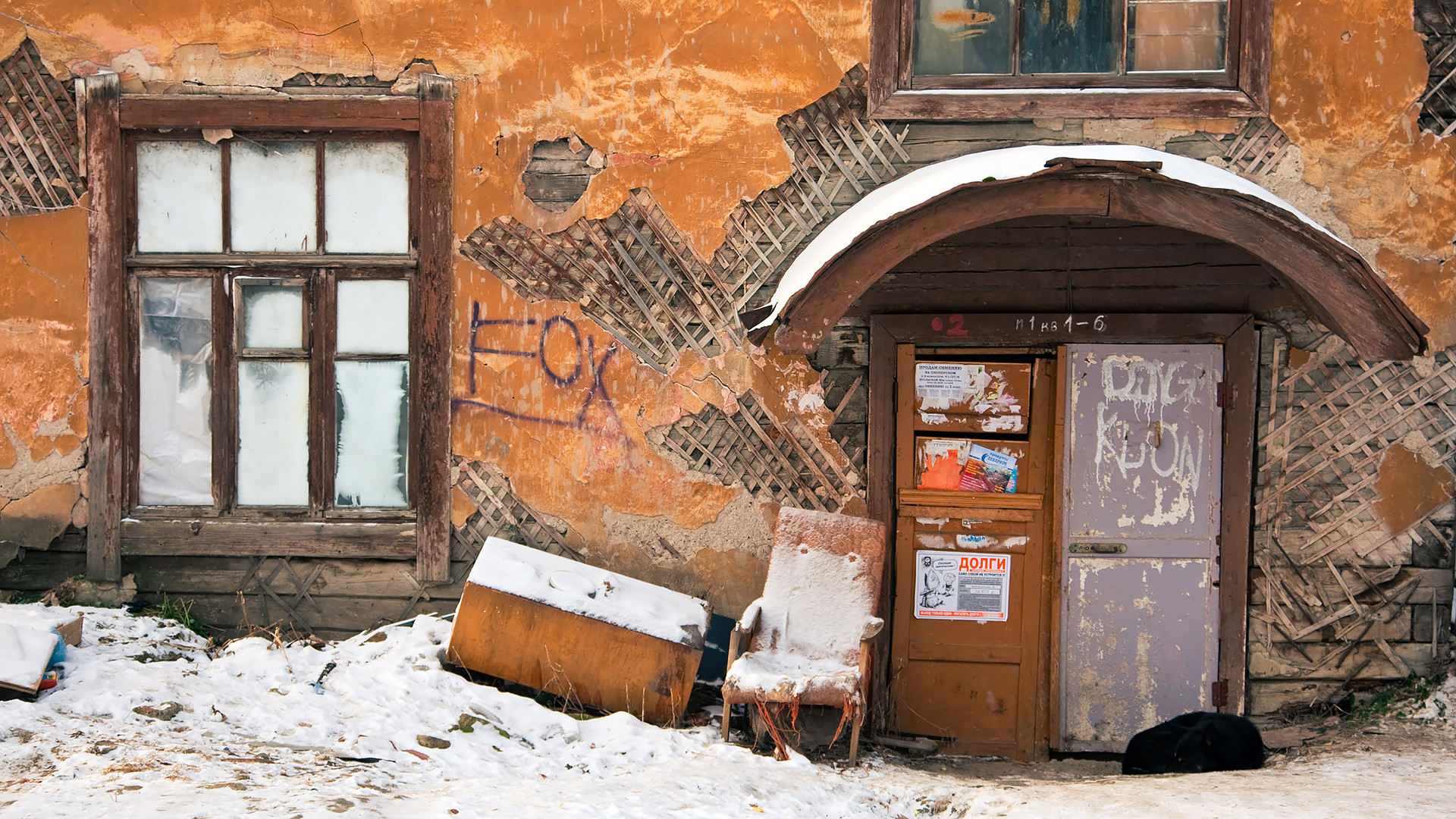 Of course, these in themselves are not indicators. They are merely pictures from which people infer that life must not be very good here.

Still, one could list a dozen reasons for why being depressed is a distinct possibility for a Russian: terrible roads; uneven standards of healthcare and education across the country; social isolation up north, coupled with cancer risks in industrial cities; provinces living without hope of development due to rampant corruption; a climate that is both uneven and unpredictable, with people often staying indoors when cold; early nights and huge open spaces.

And finally, we are among the least densely populated countries on Earth – as well as the single biggest one. We are often socially isolated. However, like everybody else, we put all of that into our songs, books, and cinema.

Everybody’s embodied experience of their own culture is the other half of the puzzle. A Russian doesn’t combat his own suffering any more than a Panamanian combats his own happiness.

More than one answer

When discussing natural factors leading to depressiveness, one might picture a city in Sweden, Norway, or Finland just as well. And you wouldn’t be wrong. Depression can run high near the Arctic Circle. Some of these have among the highest rates of depression in Europe, despite the high standard of living. You need vitamin D to be happy. That’s a scientific fact.

Still, the above countries hardly compete with Russia on the depressiveness meter, at least in the eyes of outsiders.

To this day, Russia is attempting to fix a massive inequality gap left in the wake of the breakup of the USSR, when more than half of the country’s reported GDP was focused in the hands of underground crime lords who bought off our industries amid the shock reforms of the early 1990s. With communism behind us, what economists call “gangster capitalism” had come to replace it. But it was thrust on a nation that was in dire need of reformulating its identity. Without a singular national idea, happiness boils down to money. Consumption. 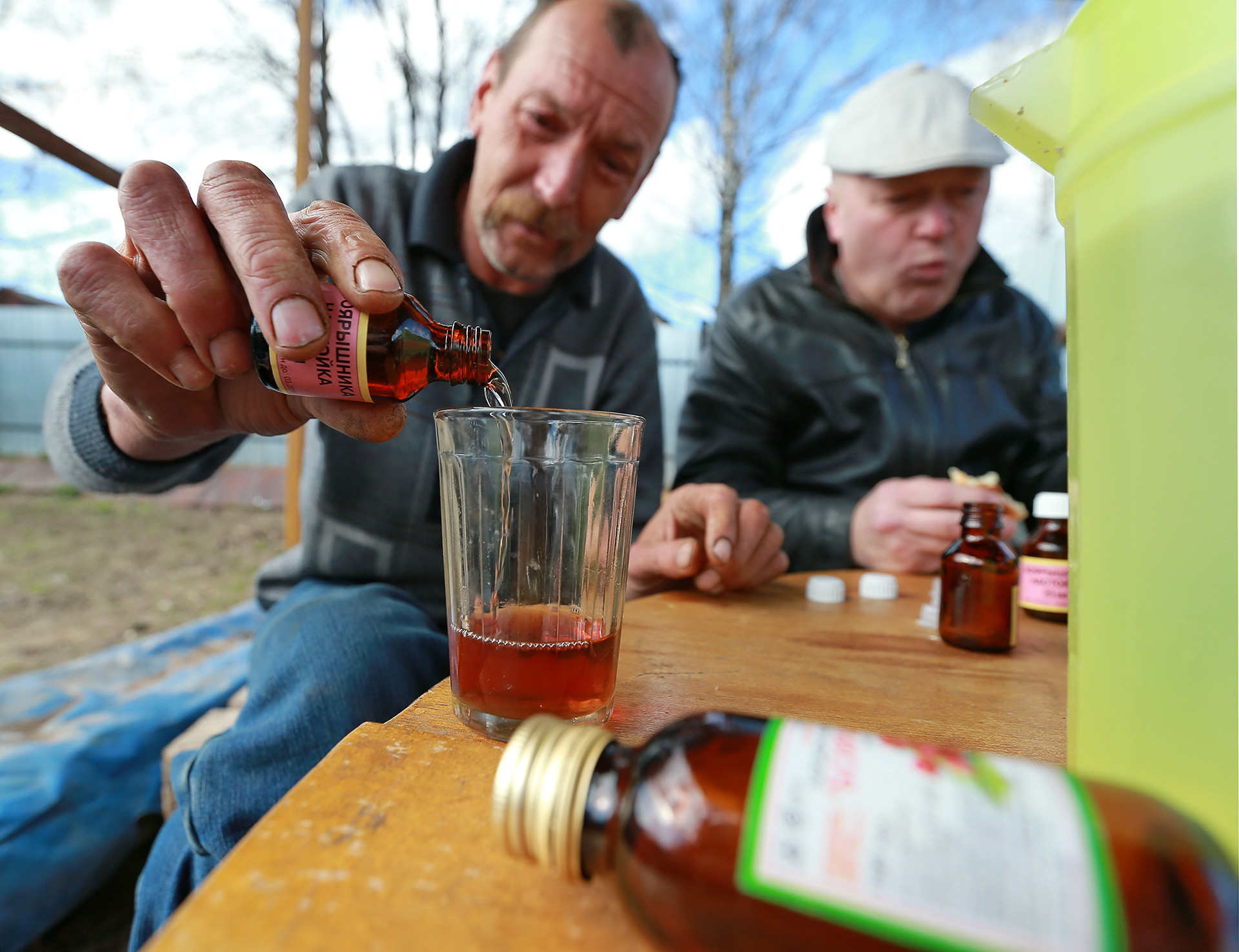 Meanwhile, long-standing problems with how the Russian culture generally treats its own people were not resolved (you should see what a small-town hospital looks like). And the cycle continued: In order to get through a tough time, the Russians had to become tough, morose. The culture of machismo never went away.

As with many countries in the former Soviet bloc, that denial of pain forms part of the cultural core. For as long as I remember my country, the more you complained, the more you were given mystical explanations as to why this pain is good or important - much like in Orthodox Christianity, with its emphasis on suffering and sacrifice, unlike the more business-minded and cheerful Protestants. It is no wonder that “Christian values” continue to hold so much sway in Russia. It’s very convenient to use them in place of a stable national idea. Nobody will address your problems but God - certainly not the government.

It’s no wonder then, that Russia, with its complete lack of reliance on the notion of a centralized authority, prefers instead to withdraw and direct its hopelessness inwards, into art. You are either a “real Russian macho,” or you suffer silently or artistically. Those are your options. But suffer you will. That is why visitors to Russia can’t reconcile in their minds how all that ballet and architecture could have come from such a hardened crowd.

Russians don’t want to be depressed - that’s no one’s natural desire. What rescues us, however, is a complete lack of taboos on self-expression. You’re looking at it: Literature, film, ballet, drinking, and fighting. And you can’t separate them. Russia is a package holiday.

To understand some of this inner turmoil, look up Fyodor Dostoevsky’s “Notes from the Underground.” The novel is considered by many to be among the first to belong to the existentialist genre. Of the modern writers, you can read Sergei Dovlatov’s short stories. The hopelessness is palpable. But it is a happy, resigned - comic - hopelessness. Dovlatov had to have been one of the funniest people here. And so was Nikolai Gogol - a comedic genius who literally went insane toward the end of his days.

Unlike any of the nations listed in this text, our fat butt straddles two continents. Being Russian is confusing emotionally. Our ethno-psychological core is flimsy at best - a problem exacerbated by nearly 190 ethnic groups all designated as distinct nationalities within Russia.

Our cynicism is brought on by a naturally-occuring disunity. It then mixes with a lack of faith in prospects for improvement, as well as with our natural proclivity for expressiveness. What you get is one pissed-off, extraverted nation that is seemingly unhappy about everything you throw at it, and - much to the dismay of Western onlookers - refuses to do anything about its situation. Only revels in it. You can’t tell a Russian to be happy. He already is. And he won’t let you convince him otherwise.

In sum, I would like to disagree with many Russia-lovers about romanticizing Russian sadness. Some say we like to appear enigmatic and wear our ‘soul’ as a badge of honor. And while modern global culture may capitalize on that notion, it ends up neglecting the internal chain of causality. You could not understand a Russian sadness any more than you could understand a “French arrogance” or a “Germanic reservedness.” They are all markers for a plethora of situational factors too confusing to untangle. 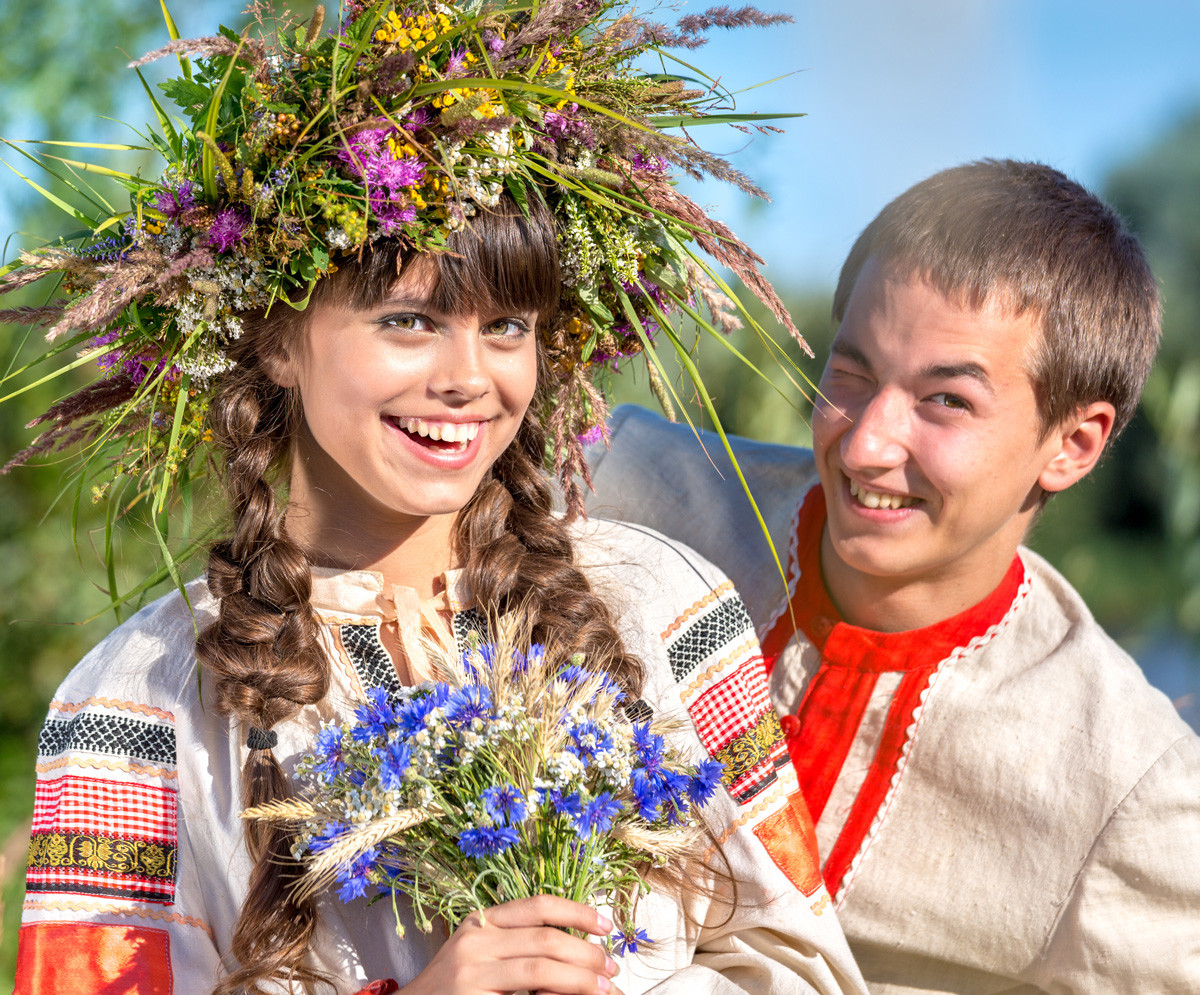 The views and opinions expressed within belong to the author, and do not necessarily reflect those of Russia Beyond.