Top 5 freaks in Russia, from Platypus Man to Bazooka biceps 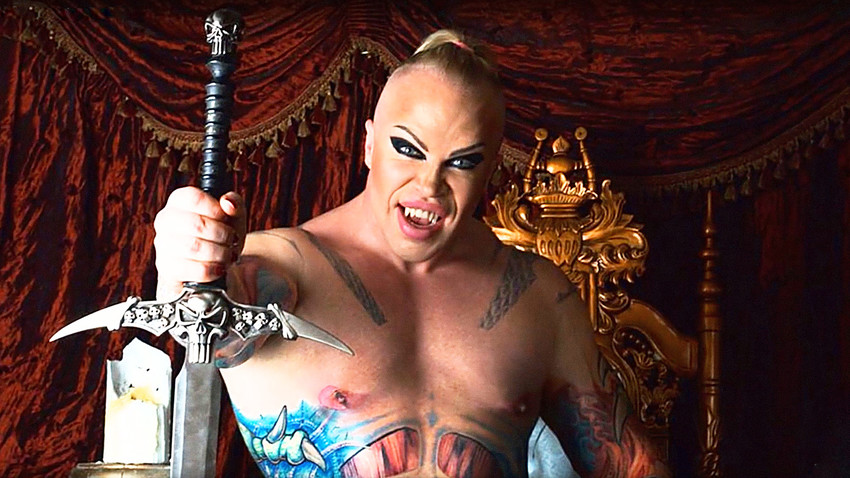 Williams Fitness
A family of Satanists who gave birth to Lucifer, the king of synthol, and other Russian rarities famous for their body modifications and outrageous lifestyles.

1. The most famous pair of freaks 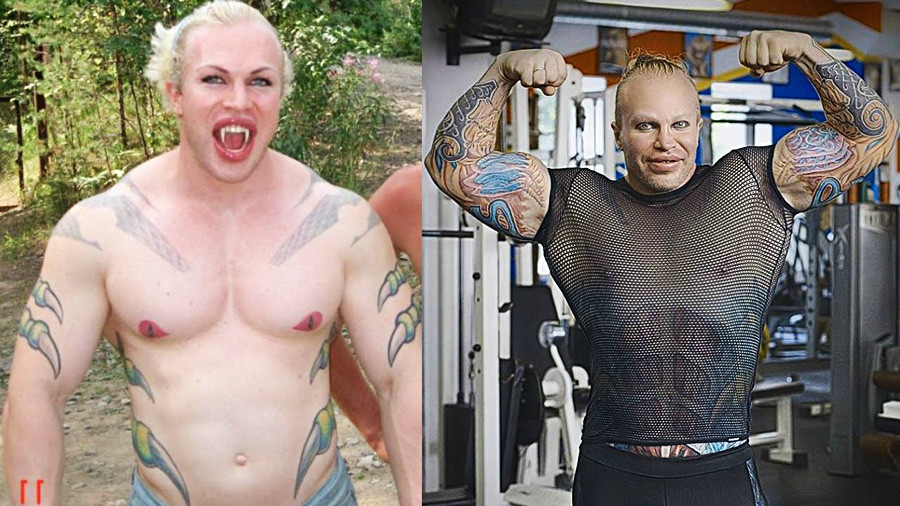 Alexander Shpak is perhaps the most famous “freak” in Russia. This otherwise ordinary guy from St. Petersburg changed his appearance beyond all recognition in 2005. Having resigned his post as a security guard, Alexander, 39, covered his body in tattoos, pumped up his lips, extended his nails and teeth, inserted implants in his chest and buttocks, underwent several liposuction procedures, and had surgery to alter the shape of his forehead and eyebrow ridge.

Little remains of the former Alexander. The Petersburg native, who has redefined the word “makeover,” has taken to wearing bright make-up and revealing outfits to shock the public.

His (fourth) wife Irina accepts her husband’s new image, but refuses to have tattoos, limiting herself to plastic surgery on the face and breast.

He now earns a living from bodybuilding workouts and runs a very popular Instagram channel, where he mainly talks about cuisine.

Alexander himself has this to say about his reincarnation: “This guy was a regular meat-and-potatoes kind of chap. He could have been a good security officer or bodyguard, but then what?” 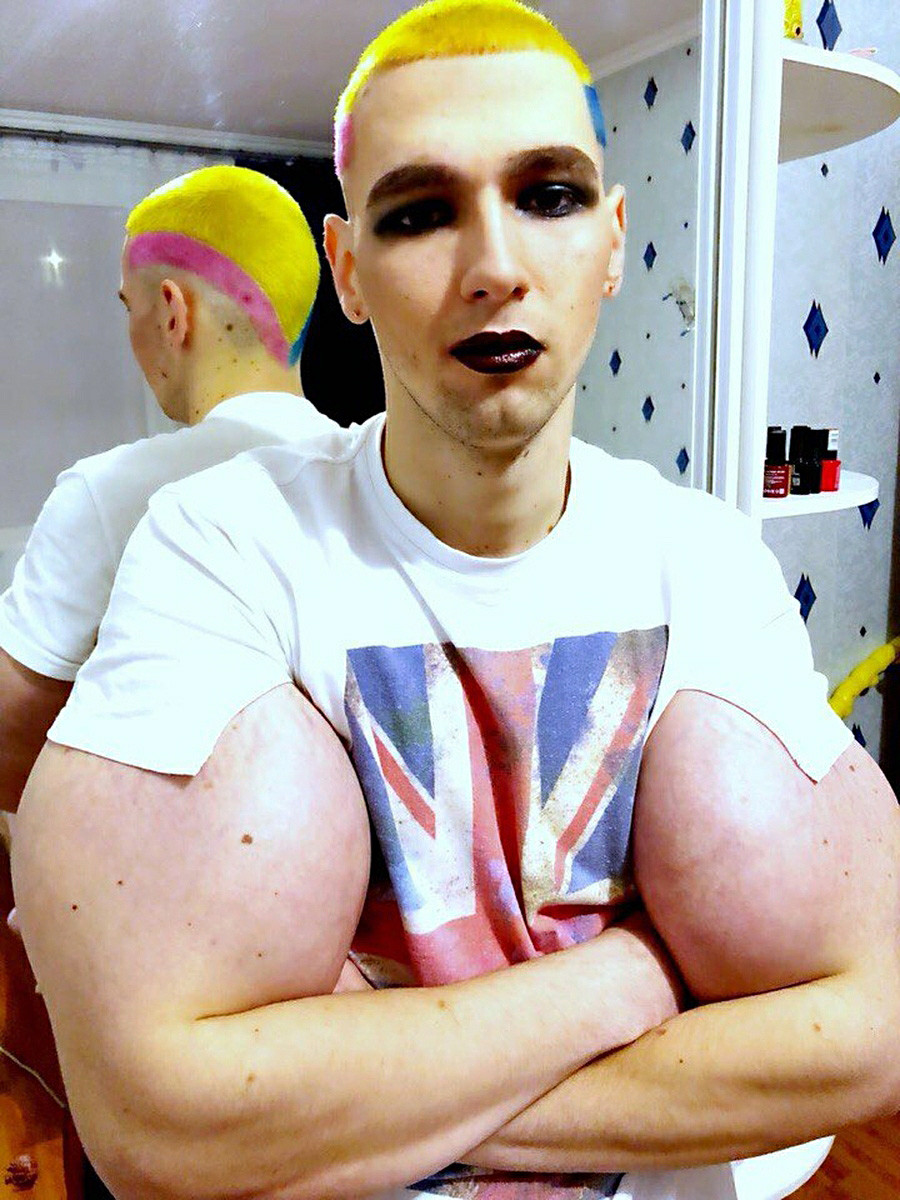 22-year-old Kirill Tereshin from Pyatigorsk earned fame and notoriety throughout Russia for his uncontrollable desire to pump the muscles in the arms. Lacking the money for synthol, an expensive drug used to increase muscle size, Kirill made his own concoction. “To pump my arms like they are now needed six liters. That would have cost 200,000 rubles, so I had to find other means,” said Tereshin on a popular Russian TV show.

Giving himself a green light, Kirill proceeded to inject six liters of a mixture of olive oil, benzyl alcohol, and lidocaine into his muscles. This potion roughly corresponds to the ingredients of synthol, but the domestic conditions, uncontrolled input, and disregard for expert medical opinion unsurprisingly led to major health problems. The homemade “synthol” compressed the nerves in his arms, causing muscle numbness and trophic changes in the skin, which acquired an unhealthy reddish-violet hue. 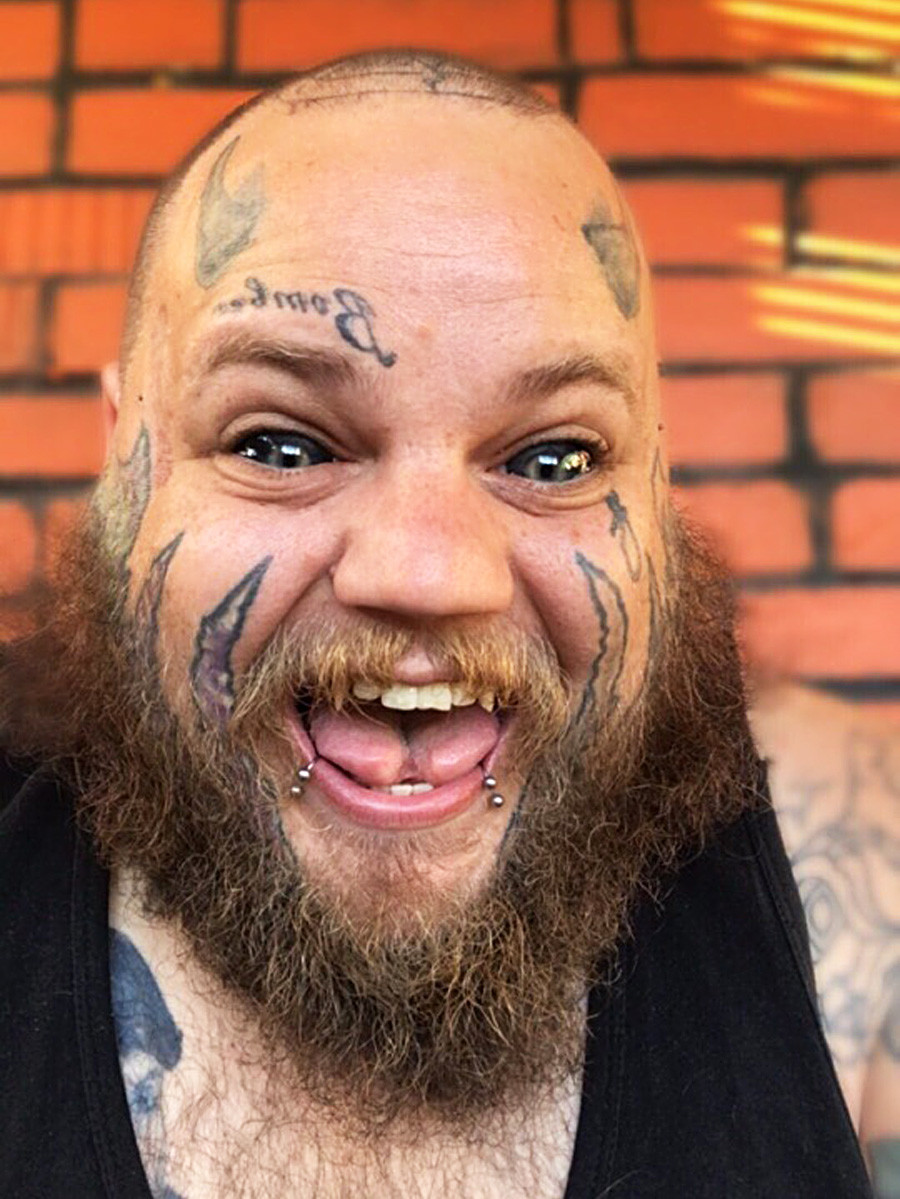 Ilya Gubarev wanted to change his name to “Bomber,” but decided that it would be unfair on his children to have to live with such a patronymic. So instead, he tattooed his childhood nickname on his face above the left eyebrow.

But Ilya’s tattooing didn’t stop with the face. Having used up almost all his facial skin, “Bomber” decided it was time to pump tattoo ink into his eyes.

“I’d been mulling the idea for about 18 months. It had already been done in the West, so we phoned a consultant in the States and in the end it all went swimmingly,” says Gubarev.

It means his forked tongue, canine teeth, and facial tattoos have been supplemented with pitch-black eyes (good to know he still cares about saving his future children from embarrassment).

Now the 32-year-old tattoo master lives in Tolyatti, does tattoos for local residents, and hosts his own YouTube channel. 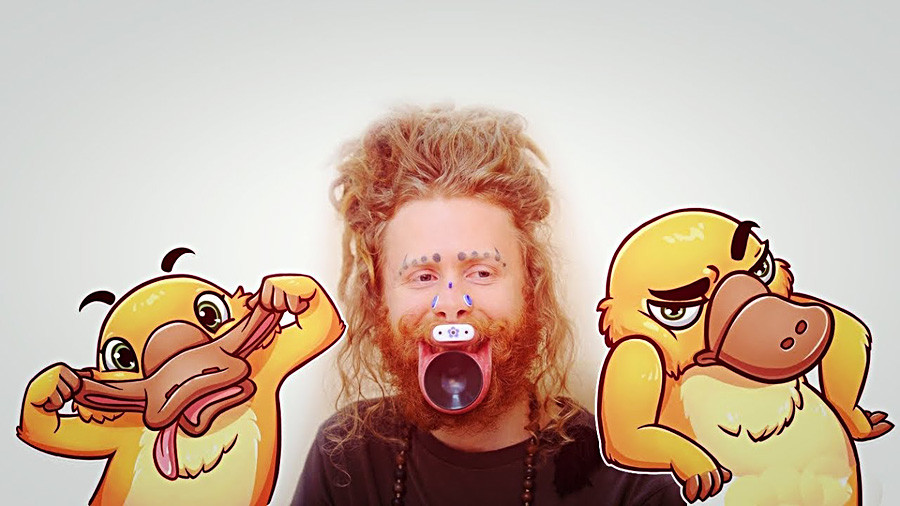 Thirty-year-old Evgeny Bolotov has been described on Russian TV as the “ugliest person in Russia.” He has holes in his nose for inserting a very thick and weighty piercing. What’s more, Evgeny had his lower lip tunnelled, allowing it be connected to a massive piercing installed in his upper lip. The contraption makes it hard to understand what he’s saying.

Unlike regret-filled freaks, Evgeny is a proud body modifier. “I think it’s art,” says Bolotov, who considers himself an artist whose medium is his own body. He says he has no plans to rest on his laurels, and will continue “to stretch his lips further”—or at least that’s probably what he said. 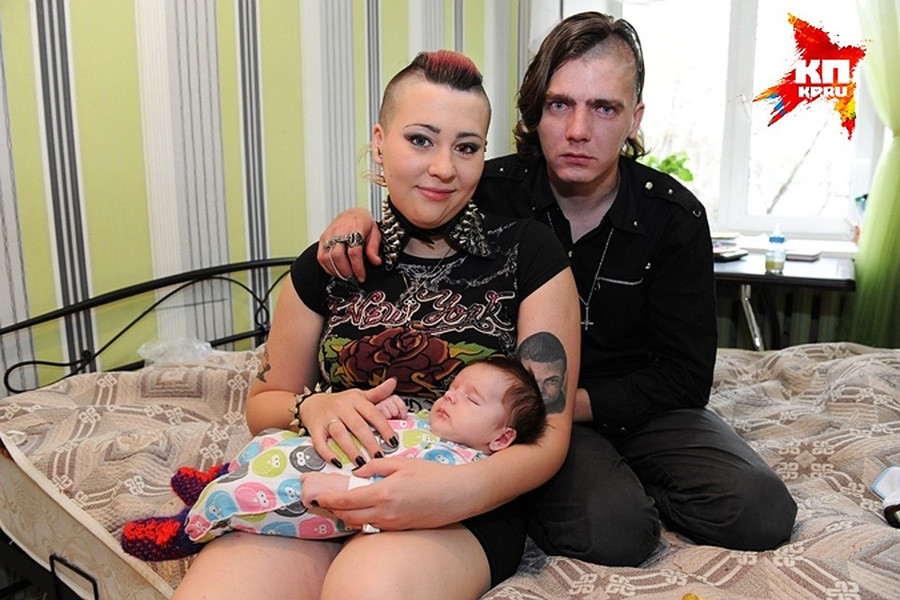 Two Satanist lovebirds from Perm, Konstantin and Natalia Menshikov, came to the attention of the Russian public for their non-standard wedding. The bride was dressed in a blood-red coat with a green Mohawk haircut and green false eyelashes, while her fiancé proudly sported a black jacket decorated with a pentagram.

But the newlywed Satanists hit peak fame only afterwards when they named their newborn son Lucifer. “It was my husband’s idea. It seem a bit outlandish to me at first, but giving birth changed that. ‘Lucik’ suffered oxygen deprivation at birth and had to spend his first day or two connected to a respirator. I turned to Lucifer for help. I promised him that if my baby survived, I would name my son after him. So Lucifer ended up as our son’s patron saint,” Natalya toldKomsomolskaya Pravda.

Registry office staff tried to dissuade the couple, but they insisted on the name and there were no legal grounds for refusal. “We tried to convince the parents that such a name would make their son a target for ridicule, but unfortunately we had no official reason to refuse,” commented Tatiana Tuzhilina, head of the Civil Registry Office in the Kirov District of Perm.

A year later, the couple gave birth to another child and named him Voldemar. But neither the children, nor the forces of darkness could rescue their marriage. According to media reports, Konstantin left his wife and two little devils for another female follower of Satan. What a fiend…