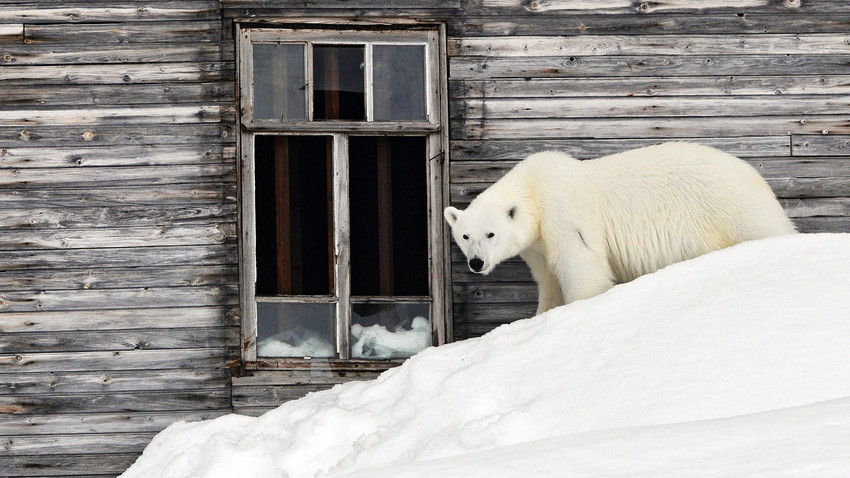 Vera Kostamo/Sputnik
It’s finally happening... Planet of the Bears. Inhabitants of the Russian arctic town of Belushya Guba have been confined to their homes as a whole horde of polar bears continues to descend on them, with 52 spotted so far.

A state of emergency has been put in place, with people “afraid to go outside” and “daily life in turmoil”, according to deputy head of the local administration, Aleksandr Minayev, as cited by Siberian Times. This especially concerns children, with schools and kindergartens empty this week. Even that might not provide safety. There are reports of bears wandering into apartment blocks.

Photos and videos of the bear invasion have flooded Russian internet - many of them quite humorous, as bears scour the town like it’s their personal refrigerator.

“I have been in Novaya Zemlya since 1983, yet I've never seen such a massive polar bear invasion,” Novaya Zemlya head of local administration Zigansha Musin told the Siberian Times. He added that the beasts are “literally chasing people”.

The invasion has been on since December 2018, authorities say.

But what to do if you can’t defend yourself? The Russian nature protection watchdog has been denying requests to shoot the bears, as the polar bear is an endangered species. But tooting horns, erecting fences - even firing shots in the air - have all failed to varying degrees.

Such incidents are becoming all the more common, as polar bears are forced by melting Arctic ice to inhabited areas to search for sources of food.