How Russians live in cities built on permafrost (PHOTOS) 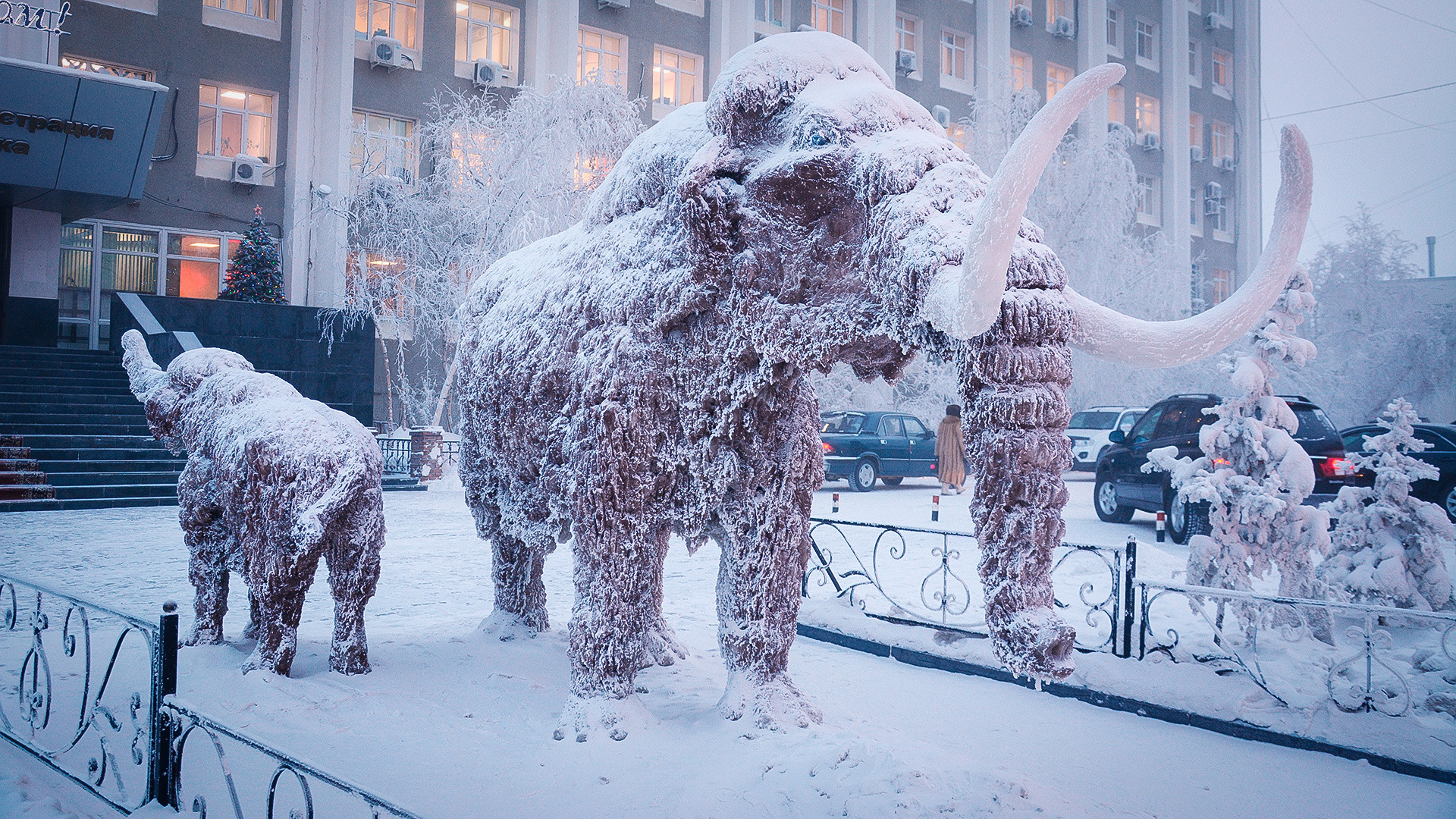 A sculpture of mammoth outside the district administration building in Yakutsk. January 2018.

Bolot Botchkarev/Sputnik
Next time you’re cold, spare a thought for the people who live in these places, where the summers are short, the winds biting, and life no walk in the park.

More than 60 percent of Russia is located on permafrost, mainly in Siberia and the Far East. Only a small part of the population lives on the frozen surface, but the area holds a large portion of the country’s natural resources: Oil, gas, gold, and diamonds. As a result, cities have sprung up in the empty tundra in the harsh cold and biting wind. Many of the buildings are built on piles so that the heat emanating from them doesn’t melt the permafrost. 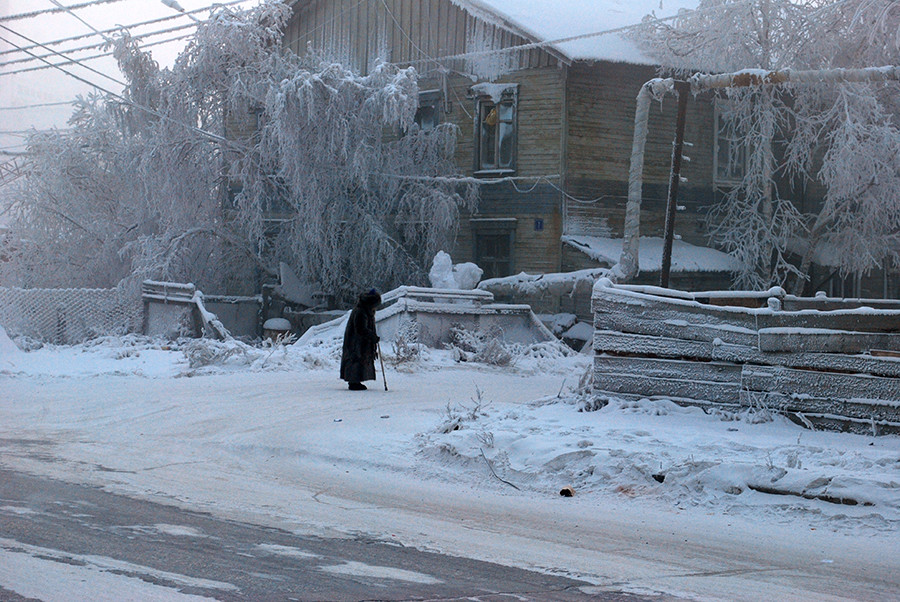 A woman walks along a street in a frosty January 2013.

Yakutsk is the largest city in the world built on permafrost and one of the coldest cities. The average temperature in January is - 40 °C, but it is often colder. Summer is also hot, but it doesn’t last long.

The first settlement was founded by Cossacks in the mid-17th century. Today, about 300,000 people live here, mostly indigenous Yakuts and Russians. There are many lakes and almost no industrial enterprises. The largest university in the region is also located here, so too the northernmost circus and the world's first sports complex built on piles 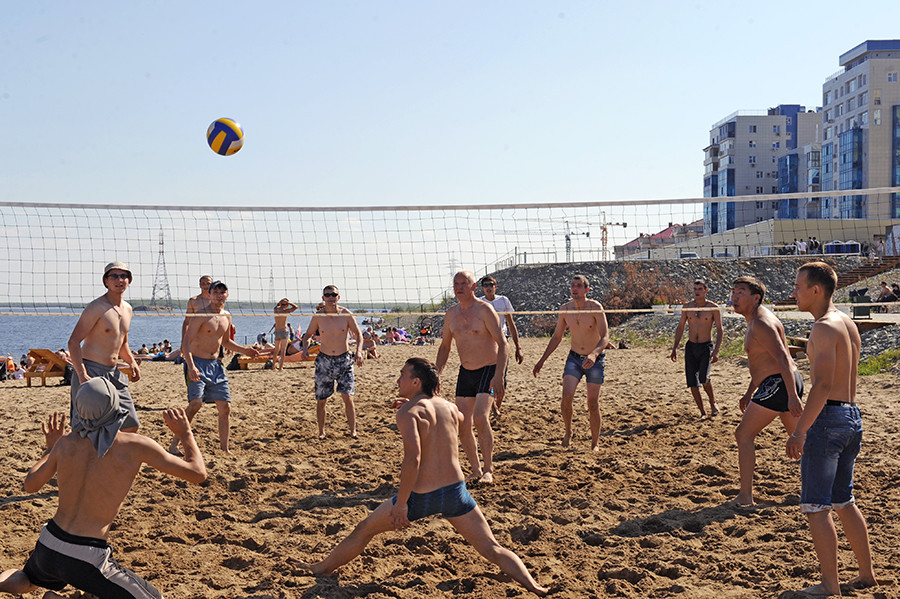 no storm drains and underground parking because everything freezes underground. 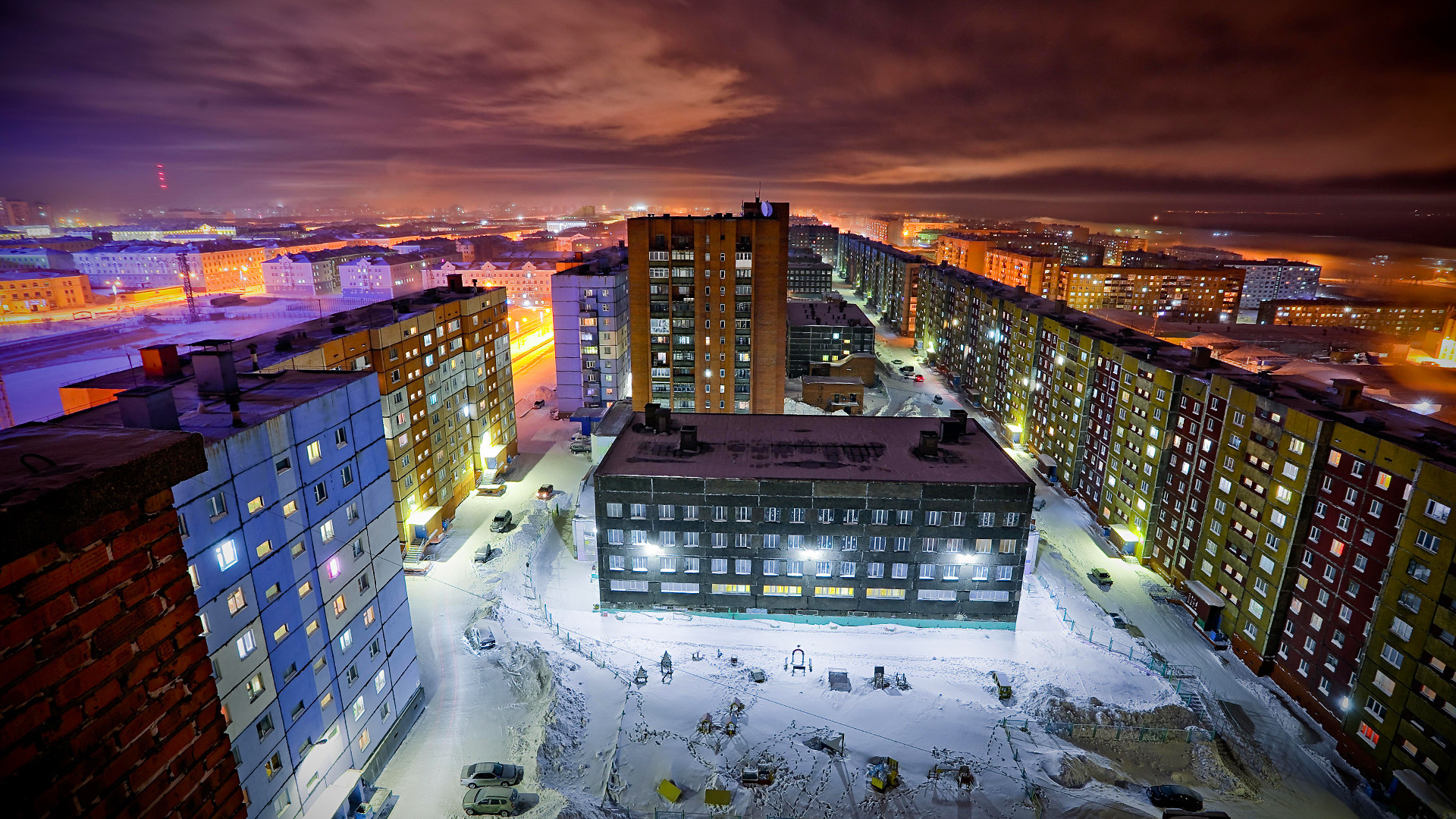 Residential buildings, Norilsk. The temperature has fallen to minus 42 degrees Celsius.

This “oasis in the center of a snowy desert” (as a local newspaper described the place back in the 1930s) was built by prisoners of the Norilsk Corrective Labor Camp (part of the Gulag) so they could  “earn the forgiveness of the Soviet people.” It is very cold here (in November the temperature drops to around -30°C), very windy (the Taimyr Peninsula is called the "cemetery of Atlantic winds"), and there are very few sunny days (in winter the polar night arrives). Even in summer, you can see ice blocks in the yards of apartments buildings 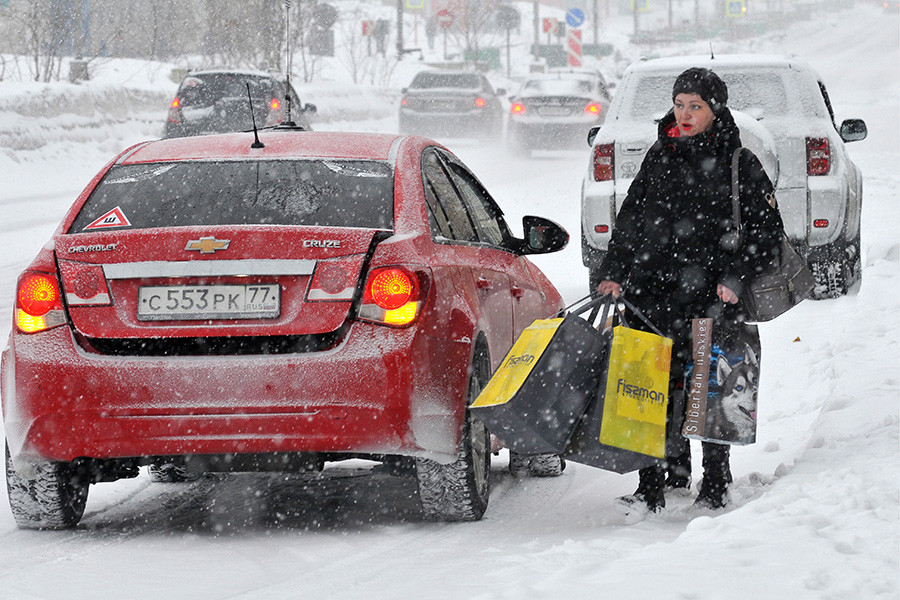 city is designed to offer maximum protection from the biting wind: Houses are built in rows to form a kind of wind barrier, plus they are very close to each other, leaving only narrow slots for walkways in between. Due to its unique location, many things have the epithet “northernmost” — for example, the stilted Nord Kamal Mosque. Norilsk is an industrial city, and it is considered one of the most polluted in the world. 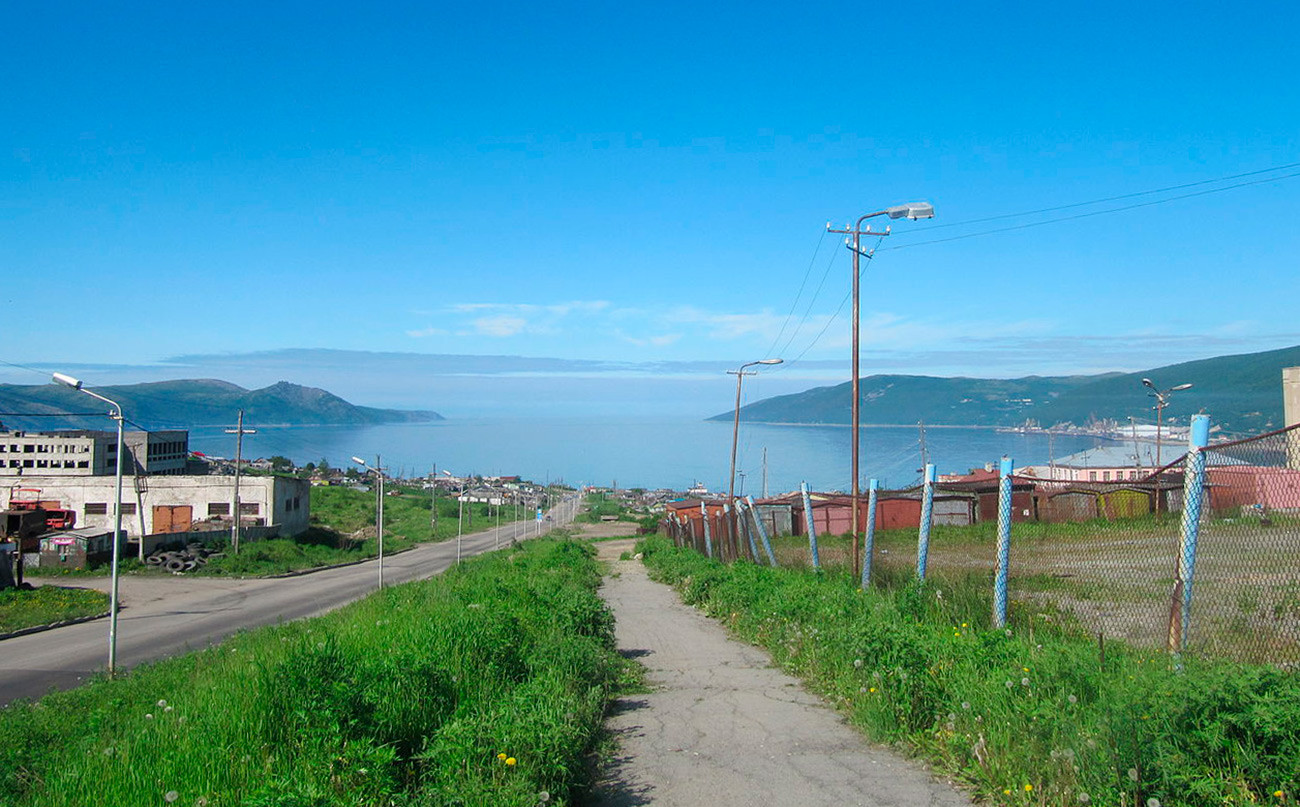 In the early Soviet Union, large deposits of gold were discovered on the Kolyma Peninsula. The city of Magadan was soon founded, where until the 1950s prisoners were forced to mine gold.  They are remembered in a huge monument called "Mask of Sorrow." Today locals mostly work in the gold mining and fishing industries 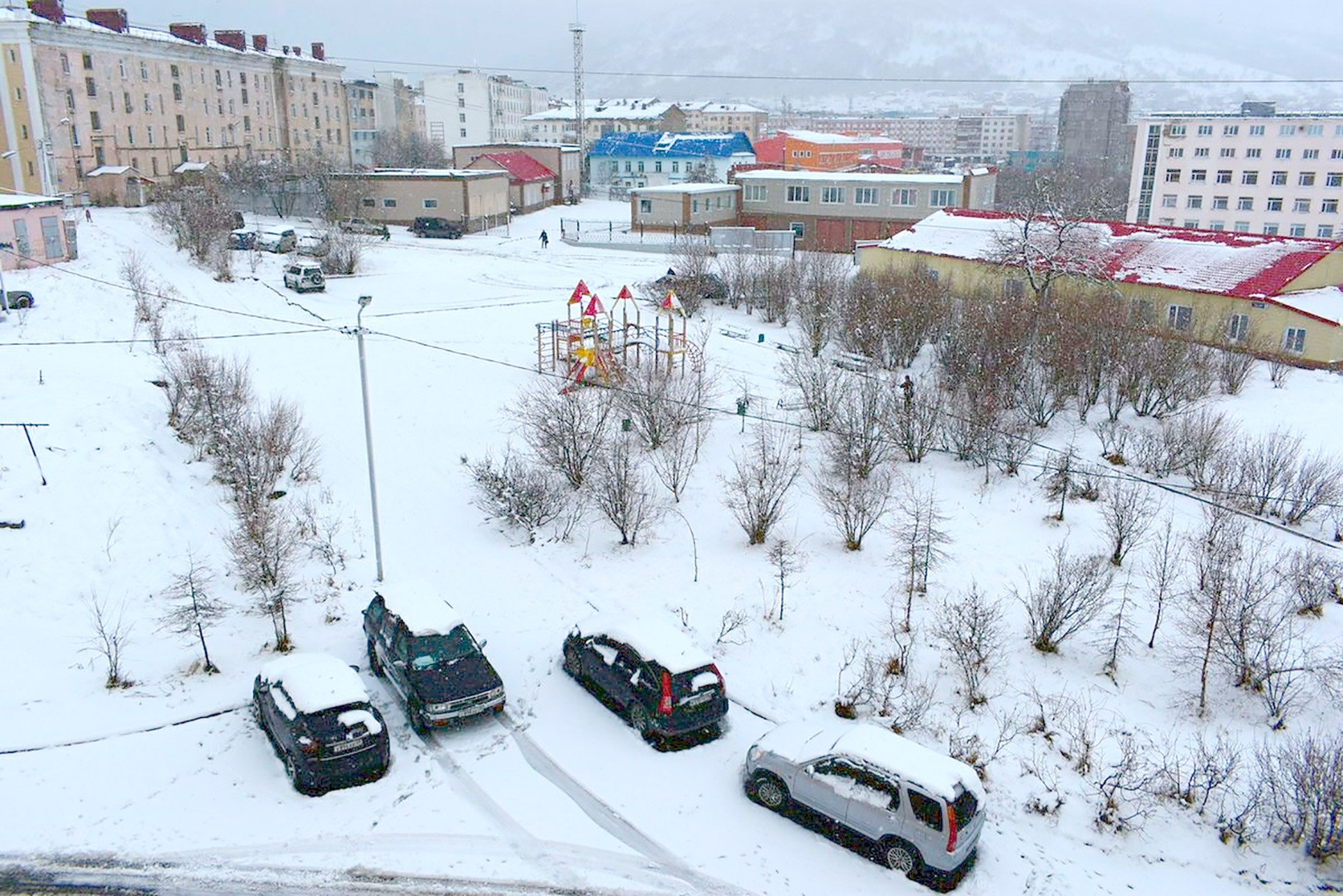 climate in this area is harsh: The temperature only rises above zero from May to September, and winds from the Sea of Okhotsk blow all year round. Earthquakes are also not rare here. If you come to the city you’ll spot a lot of Japanese and Russian SUVs here – the most useful cars in the region. 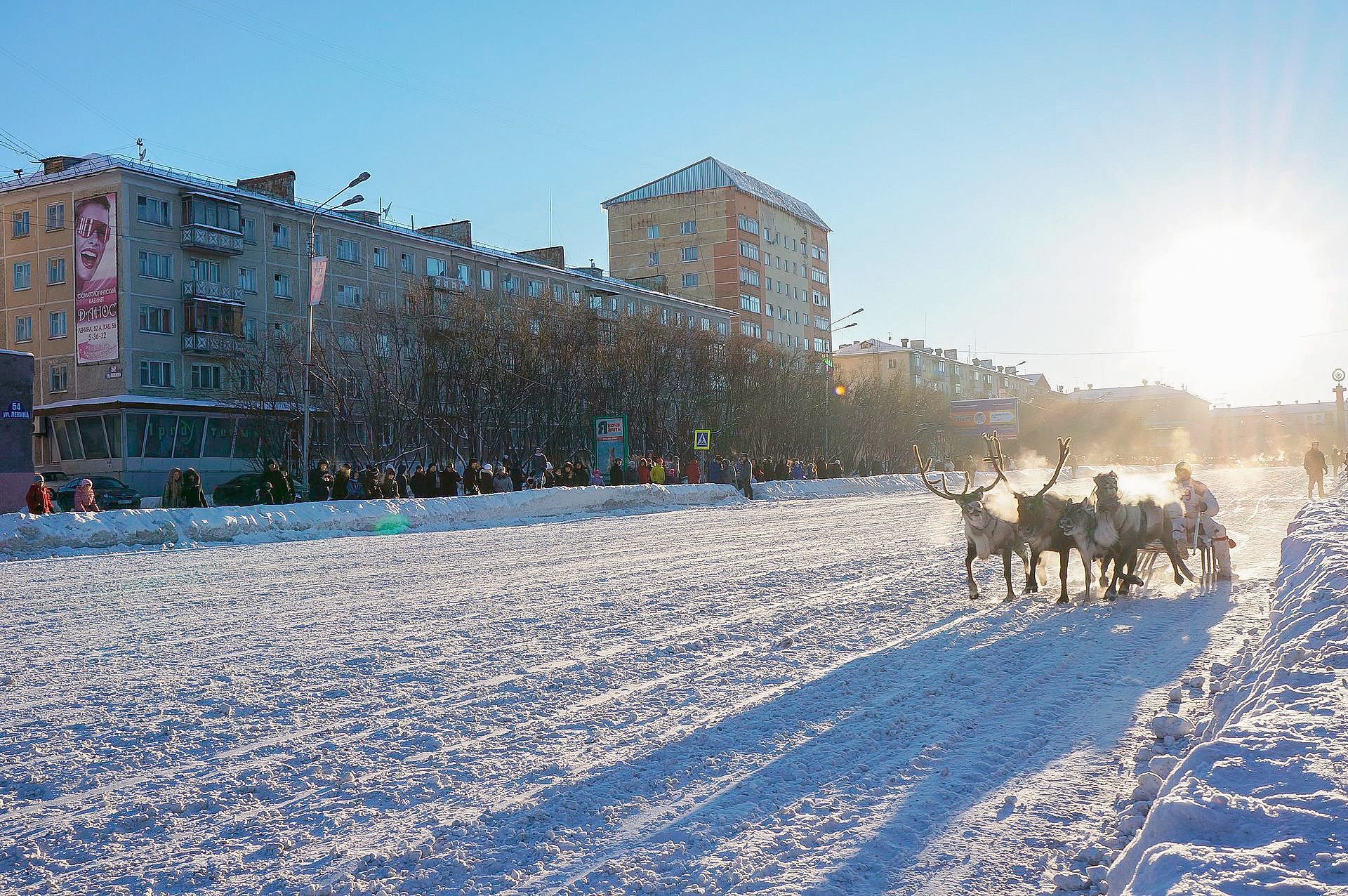 Vorkuta is a very compact city: One step to the left, one step to the right – and you’ll face with the endless tundra punctuated with the remains of abandoned industrial zones. Outside of the 70,000-strong city, there are no mobile connection or gas stations, so locals rarely leave the city unprepared. In January, daylight only lasts an hour and a half. It may snow in summer, too 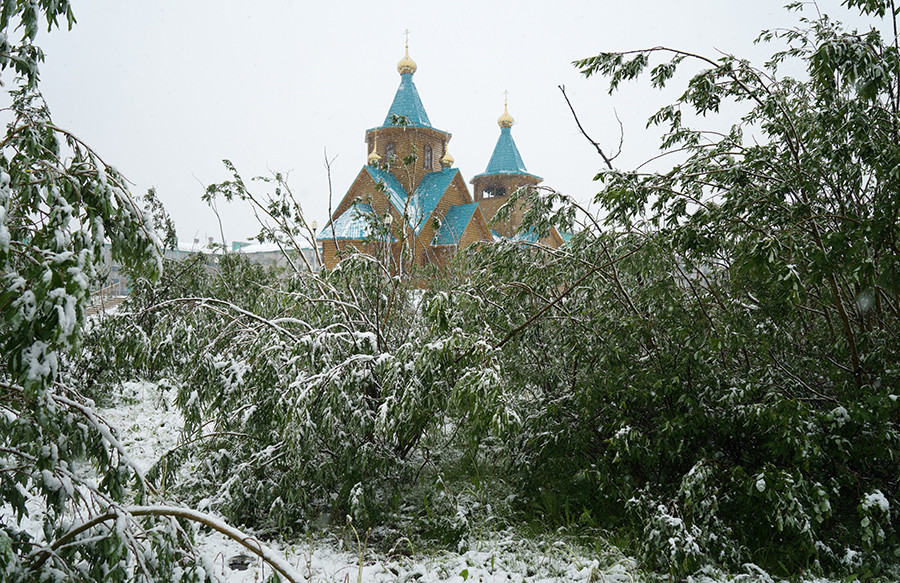 Streets in Vorkuta covered with snow as a result of the cold front. July 2015.

the 1990s, many coal mines were closed and areas of the city were emptied. Today, the number of abandoned sites is growing. Actually, locals use them for paintball games and quests. 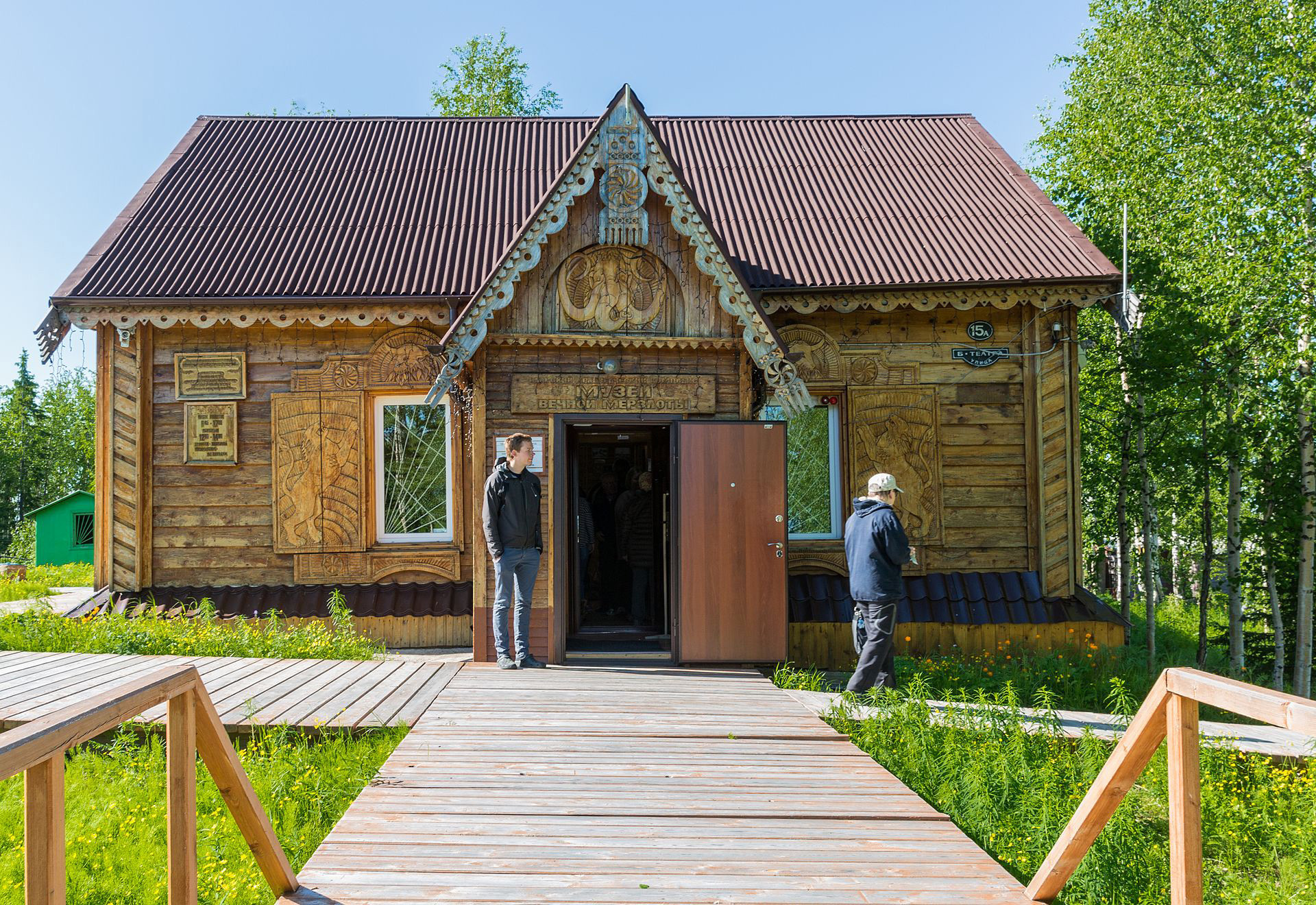 Beyond the Arctic Circle is the unique Museum of Permafrost. You’ll find it in the same place as the Igarka Station, where scientists have been studying permafrost since the 1930s. Some halls of the museum are located 14 meters below the surface. The temperature is always below zero so visitors can witness the eternal ice 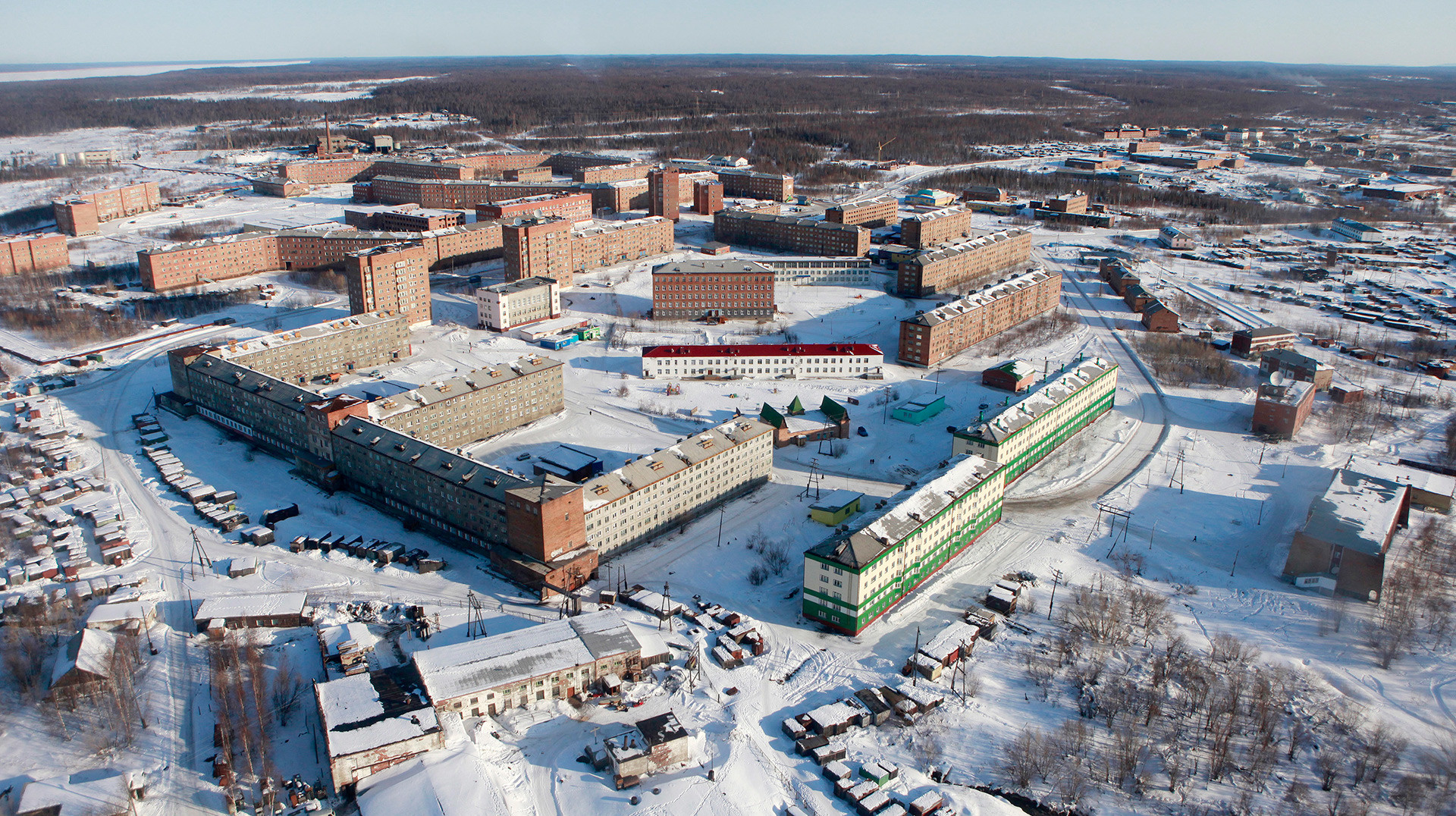 city of Igarka - with its 5,000 inhabitants in the Soviet years - was a large seaport which transported timber. Now there are oil fields not far from the town. 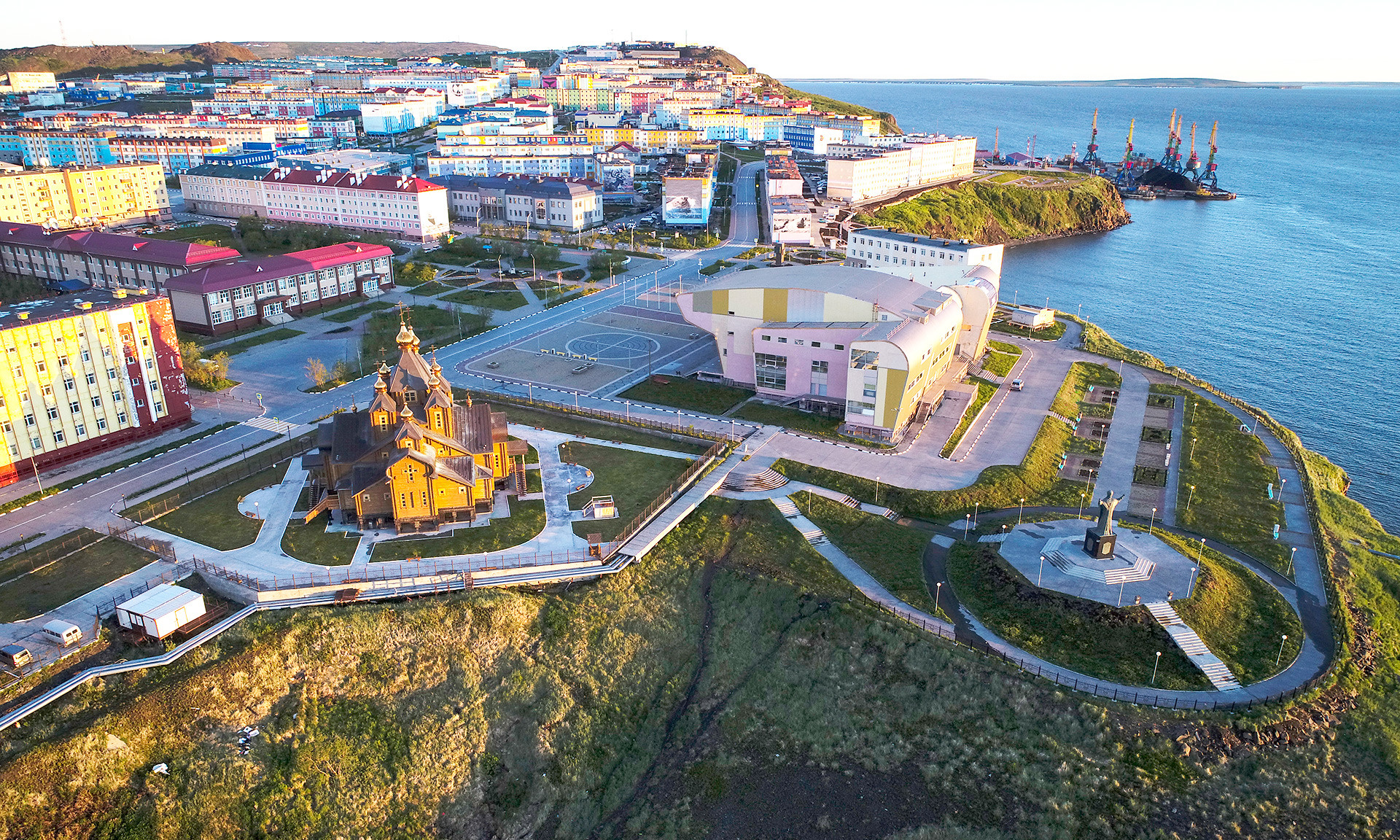 The easternmost and brightest Russian city: All the buildings here are painted in vibrant colors. There are almost no trees here, except dwarf varieties that green for several weeks a year. By the way, you won’t find asphalt here: Roads are made of concrete so they last longer. Nevertheless, due to the unstable soil they still deteriorate 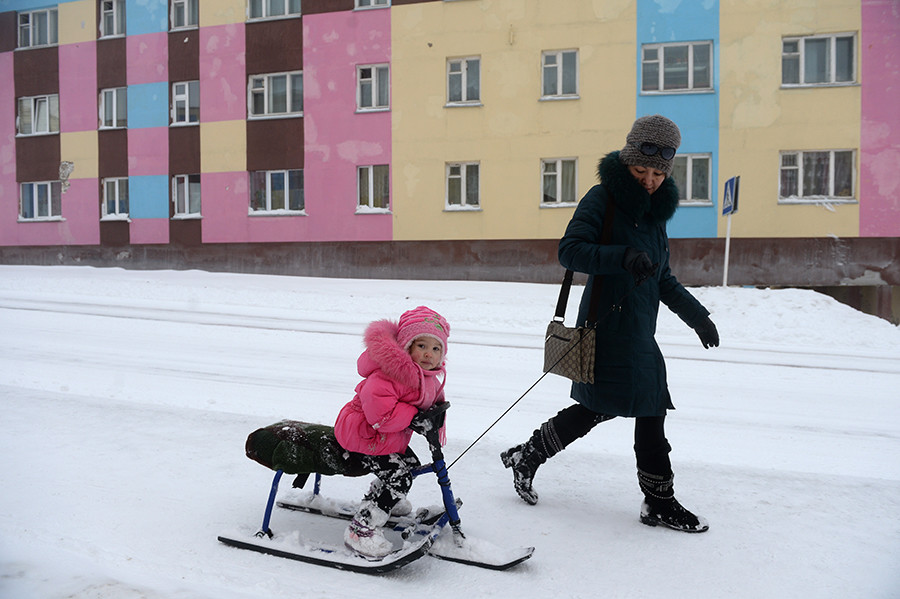 A woman with a child on a street in Anadyr. November 2013.

the city to view the endless tundra and the incredible beauty of nature: Crater lakes, waterfalls, islands with white bears, and the swan reserve. And of course, the Northern lights in winter! 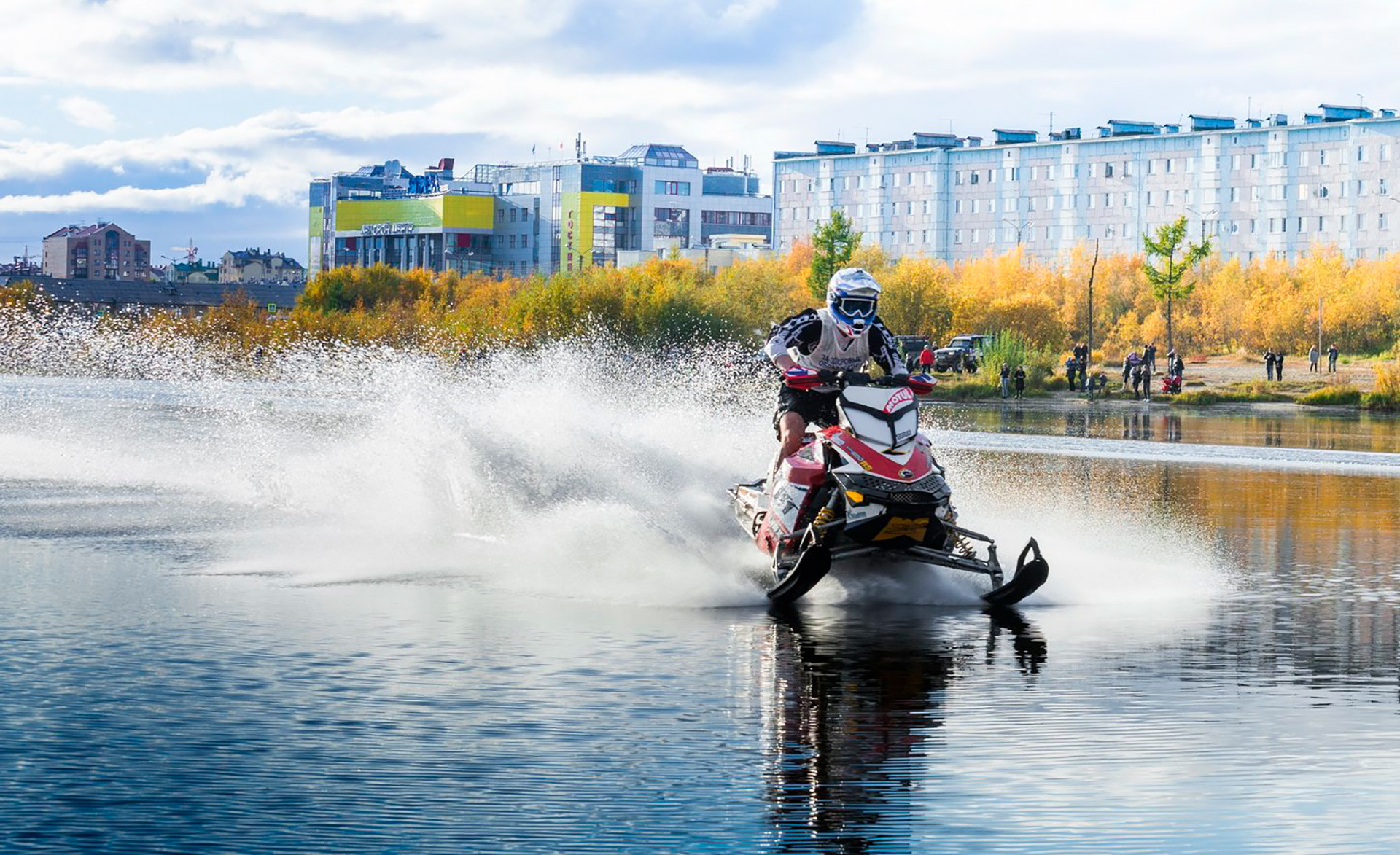 The largest city of Yamal (more than 100,000 people) and the oil and gas capital of Russia. The peninsula fields keep about 85 percent of the country's gas. The city is surrounded by tundra and swamps. Inside the main cultural center of Novy Urengoy, there is the winter garden, because outside there are few green areas. You’ll only find bright colors on the facades of buildings, most of which are typical Soviet residential areas. There are railways but they only connect the city with Tyumen 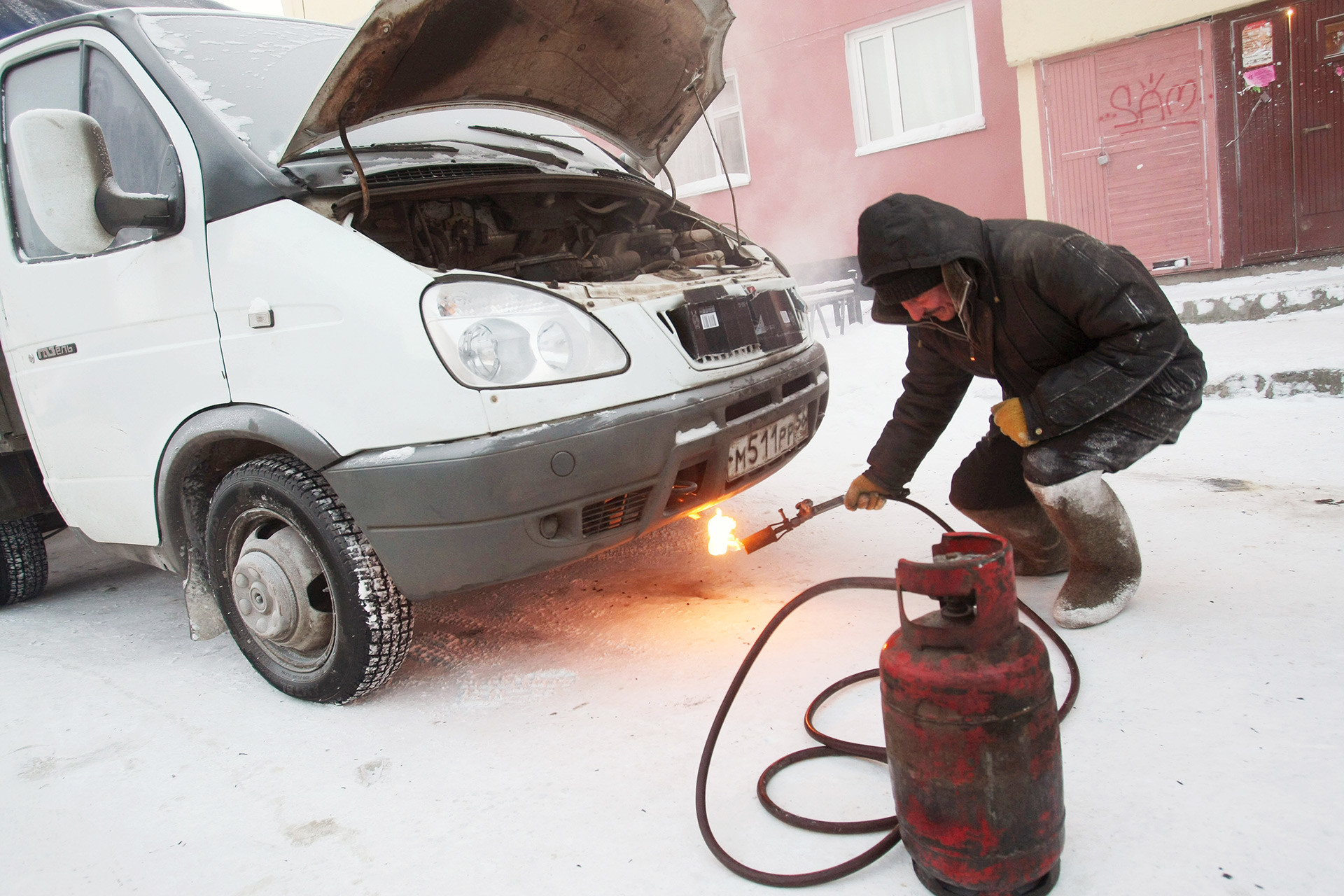 like to fish in the city lakes, which were formed from melted glaciers. In Novy Urengoy, people sometimes joke that summer does not happen here: Spring and autumn are in June, July, and August, and the rest of the time is winter. It lasts 280 days a year.