Lifestyle
Alexandra Guzeva
BiZkettE1/Freepik, PolyaizDerevki
Polina swapped the big city for life in the country, and makes hilarious videos about keeping up with urban trends while surrounded by sheep and goats.

A new star has emerged on Russian Instagram, PolyaizDerevki (Polya from the village). The account is run by 27-year-old Polina, who for over two years has been living in a village located five hours by train from Moscow. Her parents and friends often come to visit, but Polina lives alone, so for security reasons she does not disclose her exact whereabouts.

Polina posts incredibly funny videos about her life in the country, especially mocking city life with all its creature comforts. For example, she shows the village equivalent of a spa – a washbasin and a trough - and presents an ordinary village bathhouse as a luxurious suite.

Started by Instagramming for friends

Polina started her Instagram blog in May 2017. At first, she posted videos only for her friends to give them an idea of her life in the country. They liked her videos so much that they persuaded Polina to keep posting. Gradually, she got more and more subscribers, and after hitting the 5,000 there was a sharp rise. "I got my millionth subscriber on my birthday, and I thought: 'Hakuna Matata'," Polina exclaimed in an interview.

In her videos, Polina says she wants to keep up with city life. "I have numerous forms of entertainment here: I can slide on a wet bench, chop firewood, gather all sorts of rubbish in a pile, wait for an ant to bite me. All kinds of pastimes are available: a spa, a barbecue, a compost pile - half of you probably have no idea what a compost pile is."

Polina posts photos and videos of herself digging, 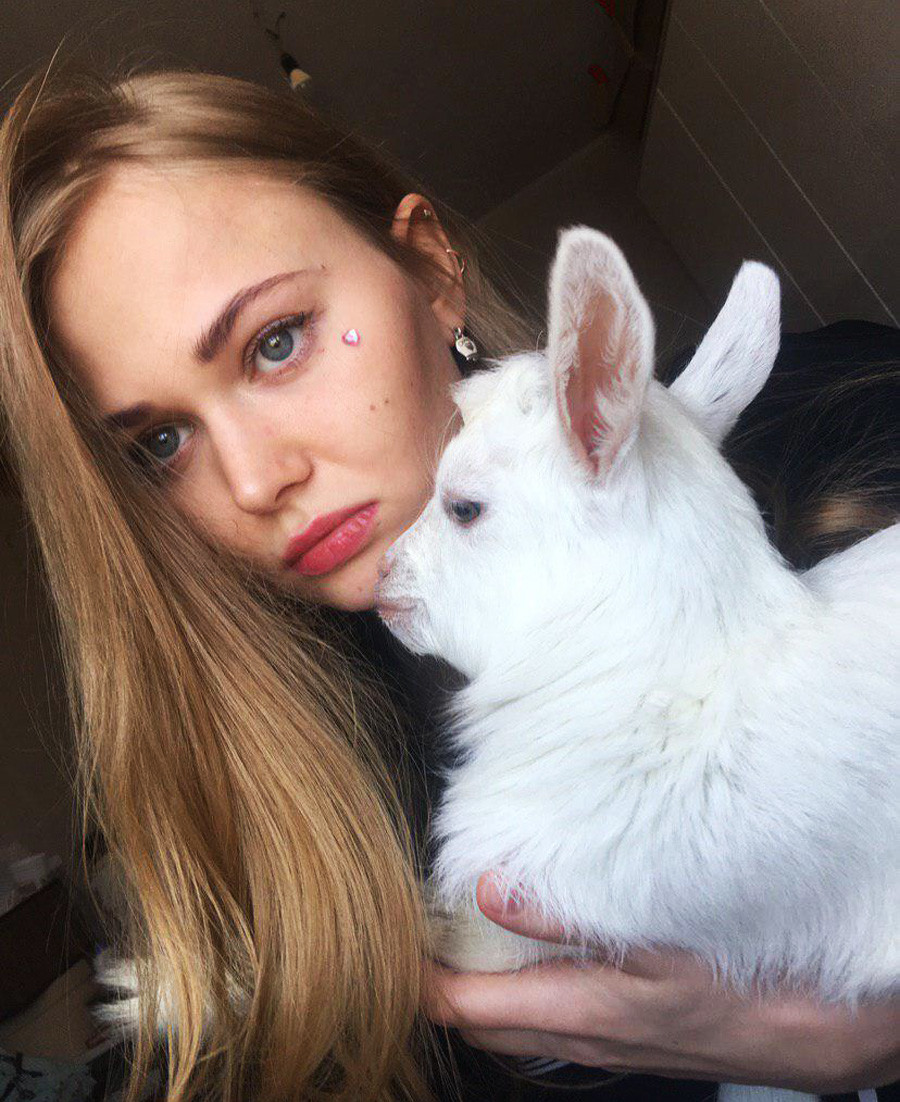 eating apples, with a twist.

Thousands of viewers are attracted by Polina's ability to poke fun at people who are obsessed with modern trends, be it fashion, fitness, a healthy lifestyle, or one's looks.

“I want to keep up with the latest Moscow trends: you know, toned butts, lunges, squats. Girls, dears, what are the current terms in use? You need to lift weights," says Polina in a video showing rusty scrap metal. "And do not forget about healthy nutrition: all those goji-- berries," she continues, pulling out some grass from the earth and placing it on top of a toadstool.

She also makes fun of the popular Instagram motivation slogan: "Get out of your comfort zone."

Polina used to live in different cities: Vladimir, Moscow, and Nizhny Novgorod. She studied and did some temporary jobs. One day, however, she spent a holiday in a village and realized that this is exactly the life for her. "For me, it was not a difficult decision or a necessity. I just came, liked it here and I stayed."

In addition to the obvious benefits – fresh air, slow-pace of life, no traffic jams or crowds of people – the main attraction of country life is the scenery, says Polina.

Polina does not look like your average village bumpkin and prefers street fashion over old baggy sweatpants. That said, she points out that locals are not bothered about what is "fashionable" and what is not, and do not pay much attention to what they wear.

"To them, I’m just a good neighbor. We visit each other, we talk, everyone knows each other by name and we all live in peace." 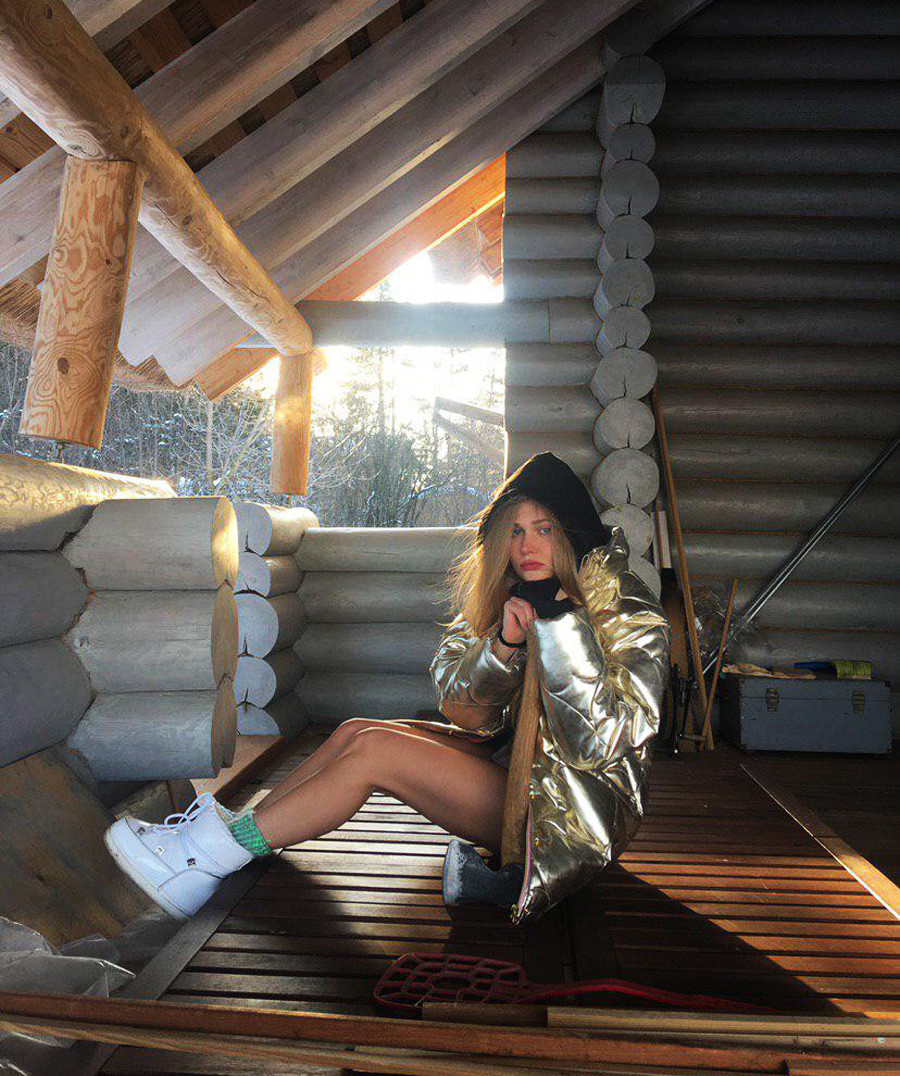 For a long Polina could be seen only on Instagram. However, recently she had her first "outing" and appeared as a guest on a popular YouTube blogger's show.

"I just wanted to tell a little about myself, so that people will see me from a different angle, get to know me better," she explains.

Polina has plenty of advertising offers. "I’ve already placed advertisements and I do not respond to all the offers. But I do like making my own ads and I treat it as a creative process," she says. 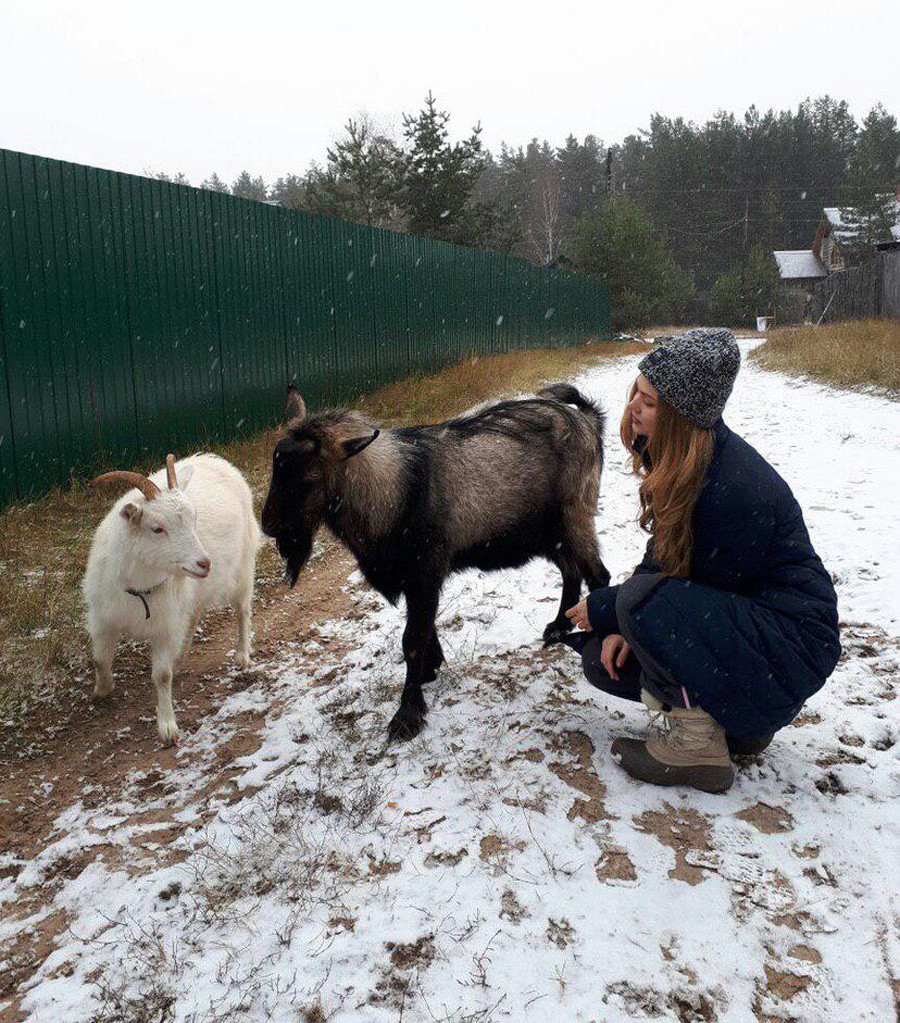 With the money earned from she is finishing her house. Polina says she will not leave the village, even if she starts earning two or three million rubles a month.

"For foreign readers, I will say one thing: life in the Russian village is the best."