Is Russia on the brink of a migration crisis? 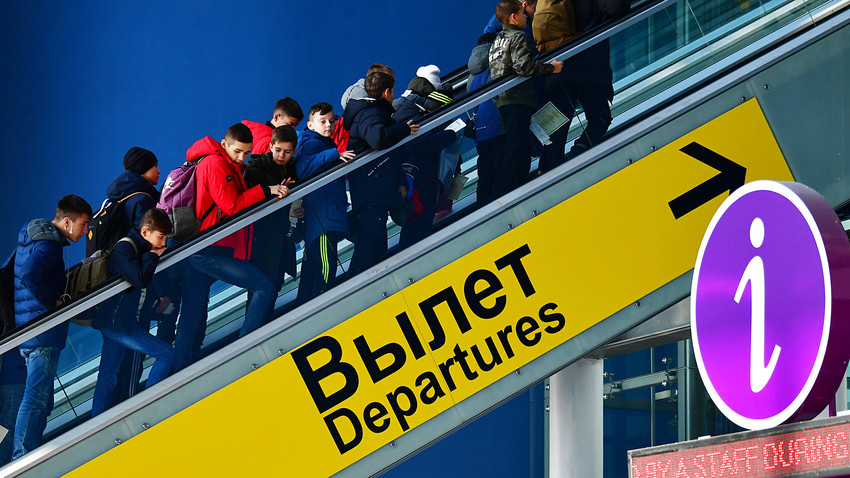 Yuri Smityuk/TASS
Russia’s current migration problem looks completely different from Europe’s. After nearly 2 decades of a population inflow, Russia has started to experience an outflow, according to official statistical data. Just how grave is the situation, especially considering the current drop in the birth rate?

What kind of migration problems?

Russia’s migration problem is basically the opposite of what’s happening in the West. According to state data: fewer migrants are coming to Russia than ever before. Some European countries that struggle with the inflow of migrants might be envious, but Russia’s demographic situation is rather peculiar.

In 2018, for the first time in 10 the number of Russian citizens who died exceeded the number born. This trend looks like it will be a long-term one. Besides efforts to stimulate the country’s birth rate, another main way to combat Russia’s decreasing population is to rely more on migration. How plausible is this given the current situation?

How serious is Russia’s dearth of migrants?

State statistics that were presented by researchers of the Presidential Academy of National Economy and Public Administration show that in 2018 the inflow of migrants decreased almost two-fold for the first nine months of the year compared with the previous year (which, according to the OECD, also witnessed a  19 percent drop in the number of migrants). At a recent gathering of experts at the Gaidar Forum in Moscow, the overall number of migrants to Russia in 2018 was estimated at 120-125,000 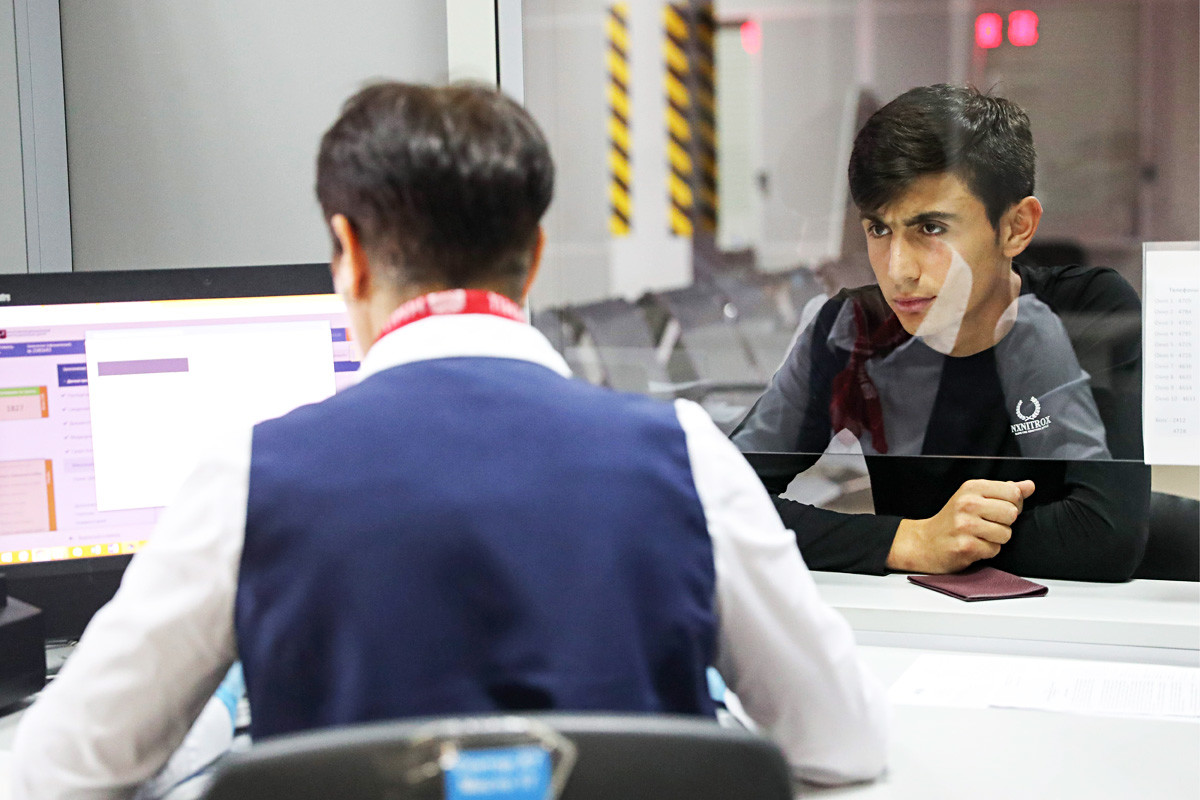 order to counterbalance the current demographic this figure should be much higher. The country needs at least 500,000 more migrants each year, estimates Rosstat, the state body responsible for statistical data. The difference is huge. Is it realistic to expect four-fold more migrants coming to Russia than currently, or is the country doomed to oblivion in just the time span of several generations?

Is the situation that dire? Can we really call it Russia’s migration crisis? Not so fast, some researchers say, adding that this apparently calamitous situation is to a great degree related to how Russian statistics are compiled. Rosstat breaks all migrants into two main categories: long-term, those who intend to stay permanently in Russia and are registered for more than 9 months; and those who are temporary. The figure mentioned above (120-125,000 migrants) pertain to the first category, while the second group is significantly larger: 9-10 million people.

However, while a great many are registered as “temporary” with Russian authorities and listed as such in statistics, “a lot of them live here for years,” argues Vladimir Mukomel, the head of the Center of Ethno-Political Studies at the Institute of Sociology in Moscow. They just do not apply for permanent status because it’s a highly complicated and time-consuming procedure. Instead, they regularly leave and return to Russia.

“Data for 2018 shows that the number of foreigners who come to live and work here for years is not decreasing,” asserts Mukomel. In this context, the fact that the number of long term migrants diminishes is of little importance because there is an abundance of people who come to Russia every year but are simply classified and registered differently.

According to the researcher, those“temporary” migrants, “who stay in Russia for more than a year can reach up to 40 percent of the 10 million. So, this is roughly 4 million people who are not classified as permanently residing in the country. In the words of another researcher, Zhanna Zainchkovskaya from the Higher School of Economics, “4 million people are formally considered international migrants but in are permanent residents with limited rights.” 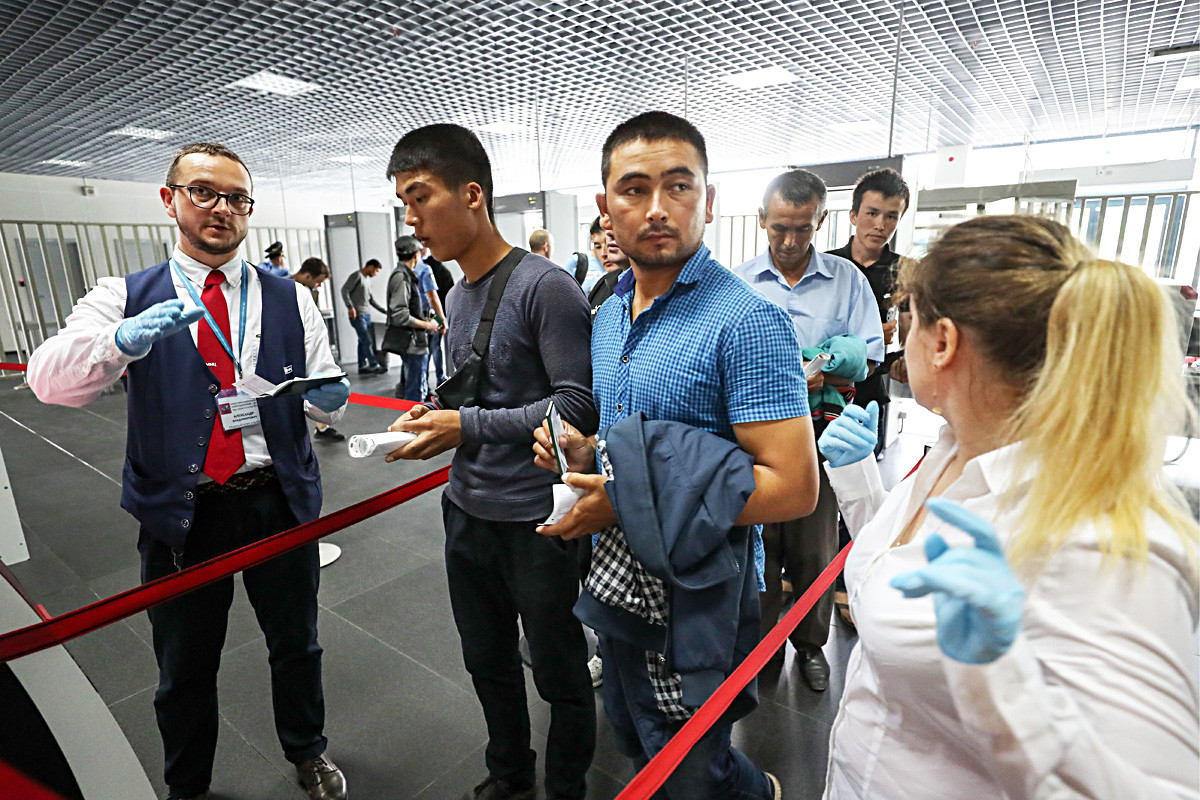 There is a pool of millions of people who can relatively easily become long-term residents, and eventually citizens

Those who already have permission for temporary residency in Russia (more than 1 year) number 1.1 million, and they will soon become citizens. Hence, there is a pool of millions of people who can relatively easily become long-term residents, and eventually citizens, thus alleviating the demographic situation.

How to liberalize migration procedures?

If you add those 4-5 million people to the Russian population, then one can easily argue that there is no serious problem with the inflow of migrants.  However, it can’t be done without helping migrants to adapt and integrate, as well as simplifying the immigration rules. At the same time, many experts acknowledge that serious reform of Russian immigration legislation and procedures will be difficult to achieve.

The state lacks a clear-cut and comprehensive vision of migration, researchers argue. Should it be perceived as a threat, considering the widespread ethnic tensions in many countries, or seen as an opportunity to alleviate Russia’s demographic crisis?

Mukomel said that the most recent Kremlin program on migration, the conception of state migration policy signed by Vladimir Putin in October 2018, “implicitly rejects a policy aimed at the adaptation and integration of migrants,” and propagates instead a more conservative approach to the issue. This means that the reserve of people who would like to be Russians remains only a potential source for population growth, unlike those long-term migrants about whom this current fuss is all about. The “temporary” ones have more difficulties entering Russian society as full-fledged members, which creates additional pressure in the long run.