What if Notre-Dame de Paris gets a Russian restoration? 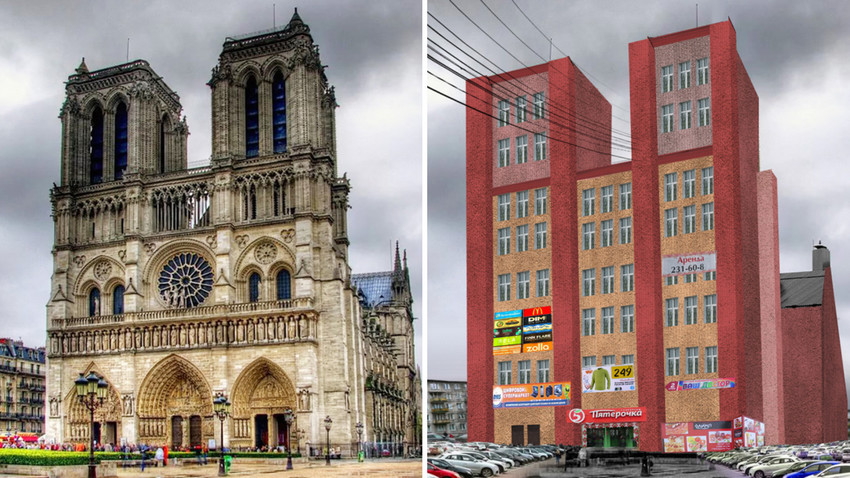 The blaze that ripped through the famous cathedral on April 15 shook the world, and Russia has offered to send top specialists to France to help with the restoration. But despite the government’s good intentions, the show of support has fueled a wave of memes on Russian social media. 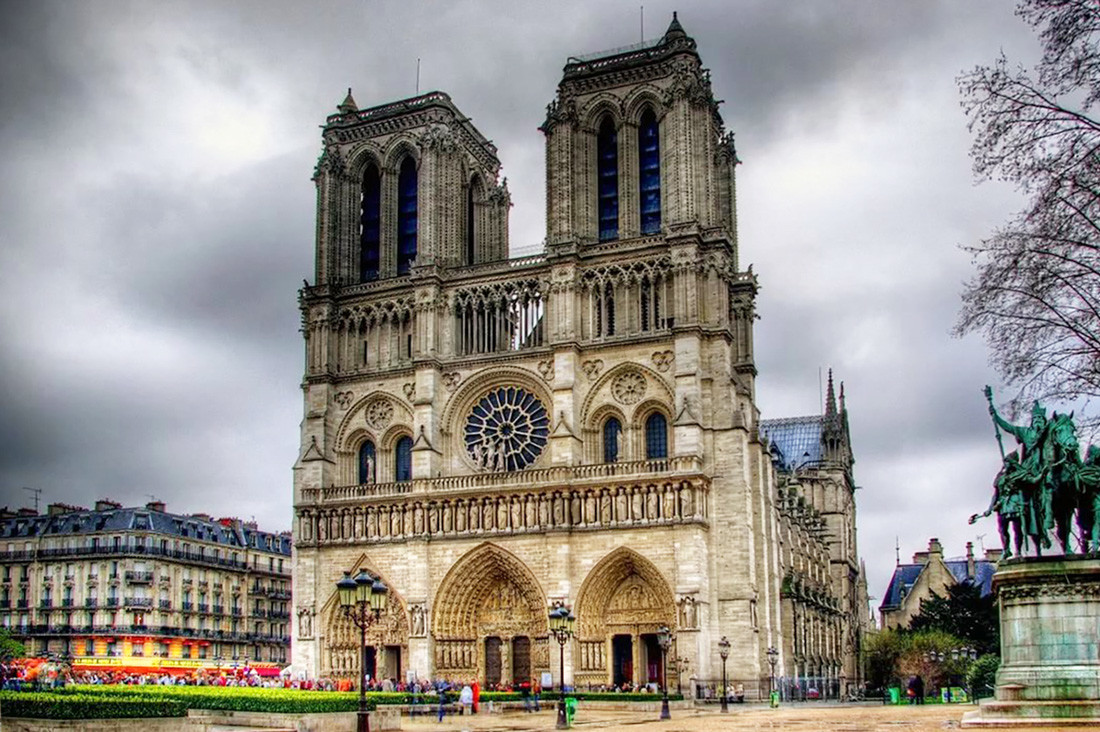 Urban activist and blogger Ilya Varlamov reminded people how ancient architecture is treated here: “You all know how they [the Russian authorities] deal with historic buildings,” he quips ironically. “The problem is not in professional restorers – we have them. We have cool architects, restorers, artists, we have real masters of the trade.” Varlamov continues that property developers in the country have too much power and meddle in restoration projects when they have no idea about the process, and ultimately erase history. 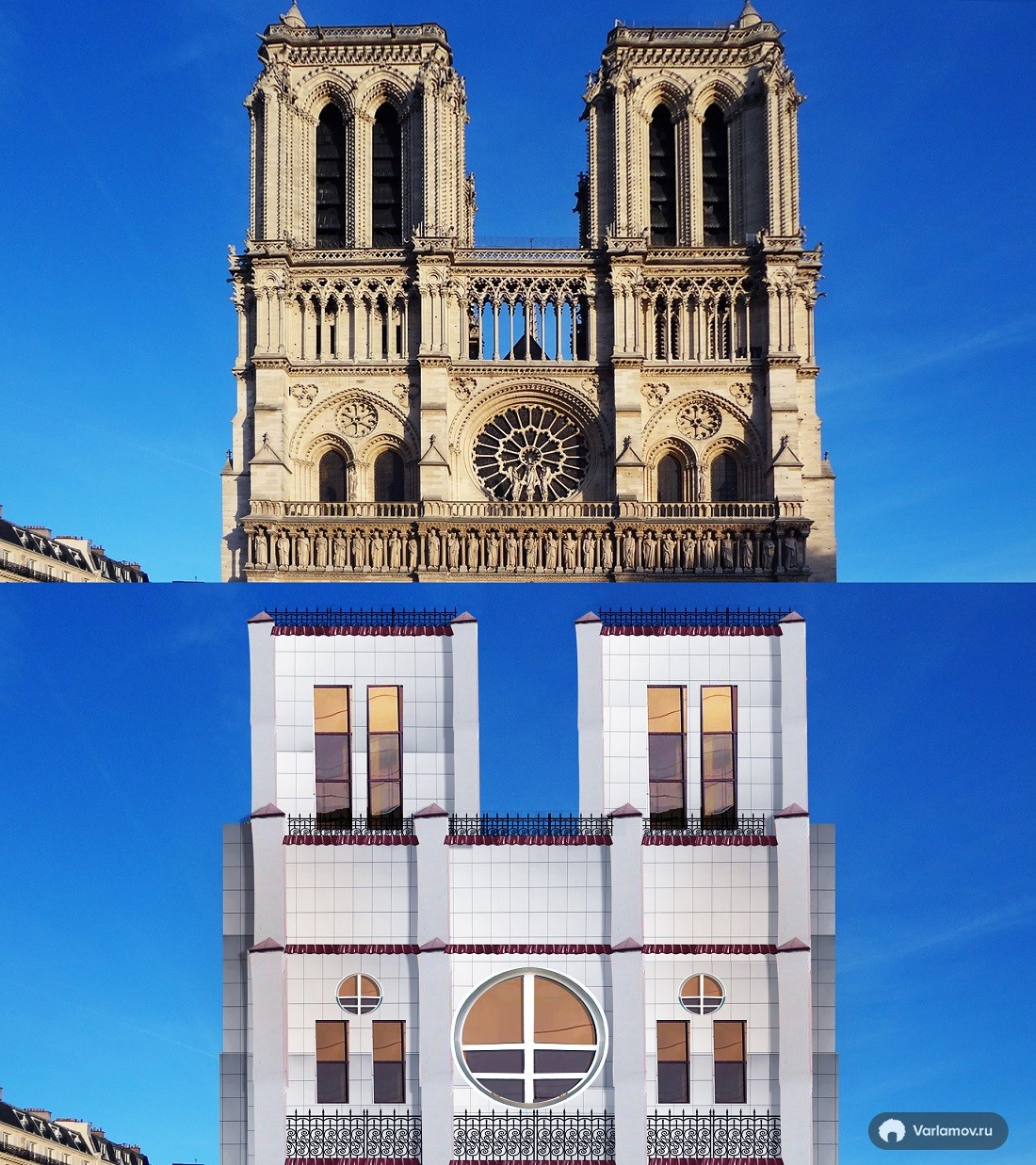 The activist imagined how Notre-Dame de Paris might look after a renovation à la russe.

1. “For example, Sberbank (Russia’s leading bank) could restore Notre-Dame de Paris. And in return, [the French government] might let the bank have an office there. Why not? In the end, the building should be profitable! There aren’t many commercial areas in the center of Paris!” 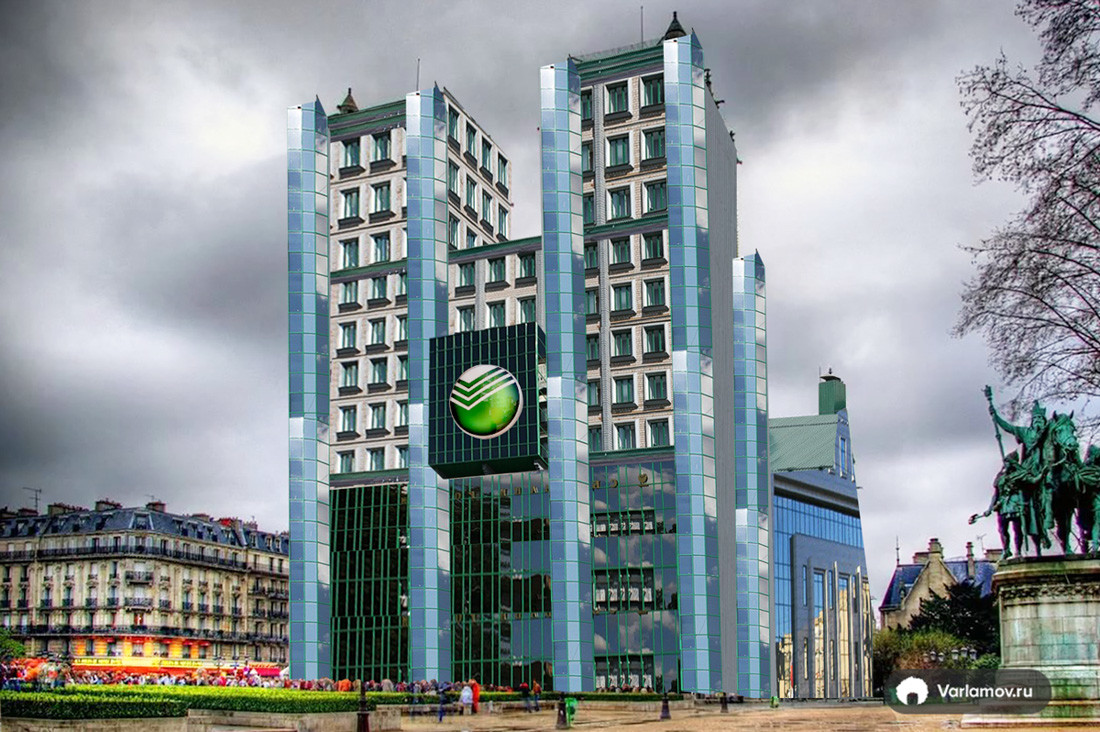 2. “Ok, we also have specialists from Russian Railways! They’ve recently renovated dozens of stations. Everything will be according to their brand book, no worries!” 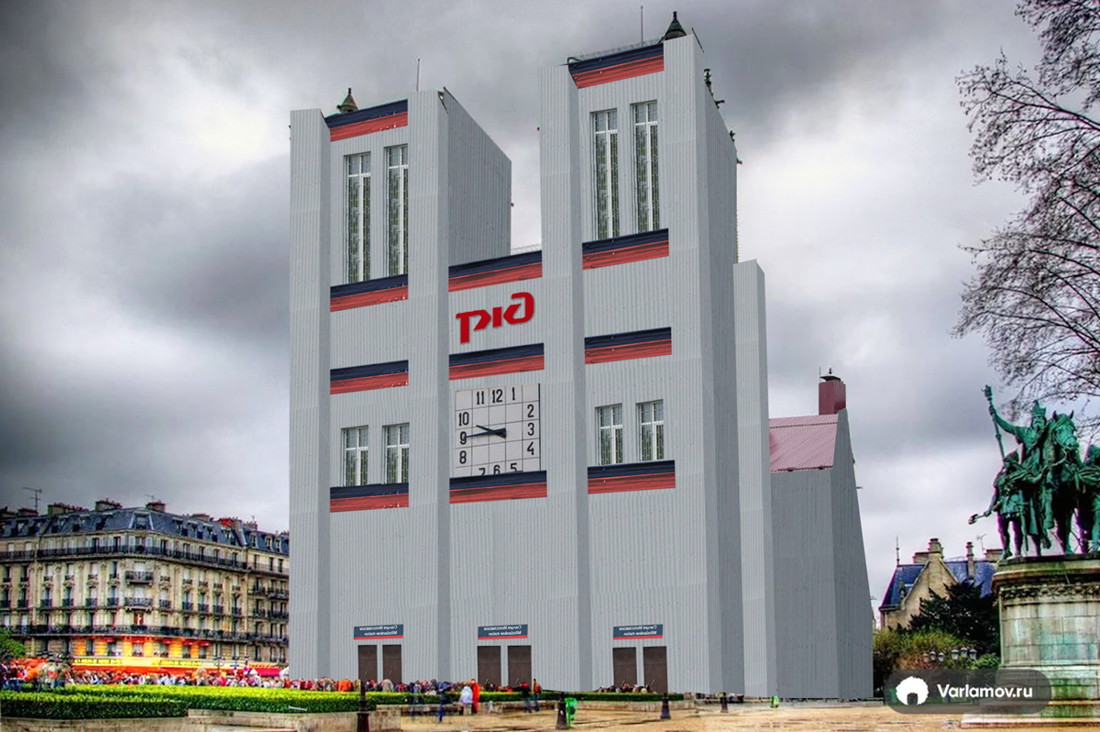 3. “By the way, what about the Russian Orthodox Church?” 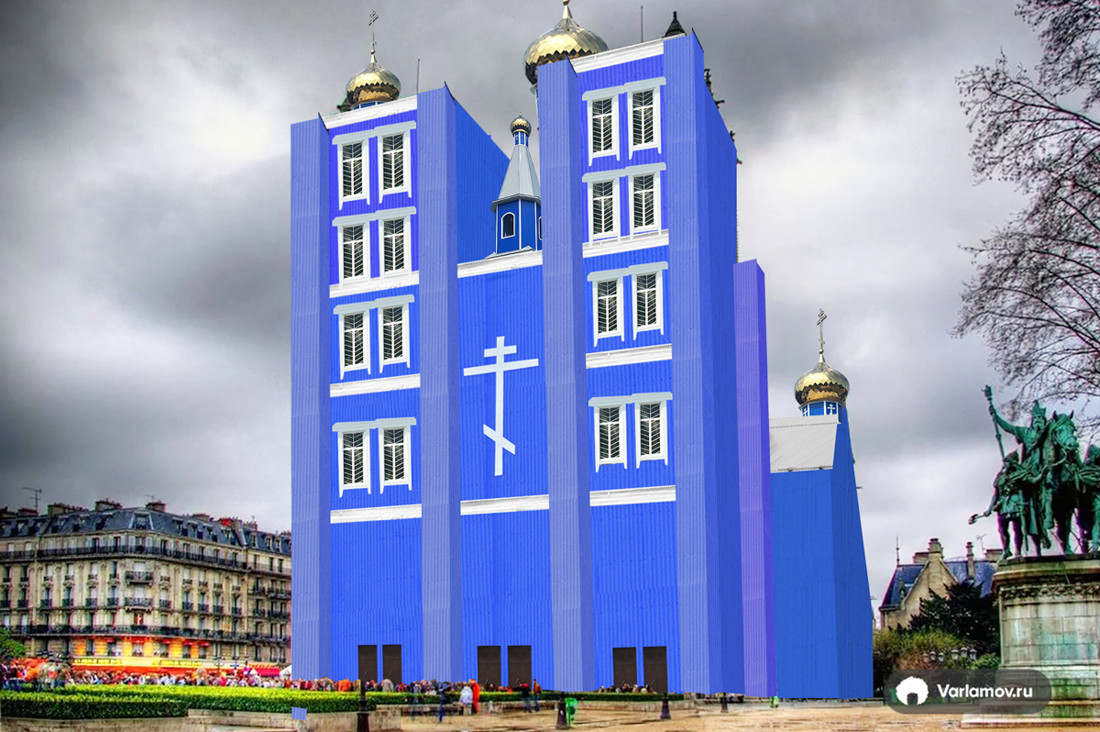 4. “Actually, land in central Paris is very expensive… A nice high-rise building might not look out of place! Notre-Dame de Paris, the Quasimodo apartment complex version.” 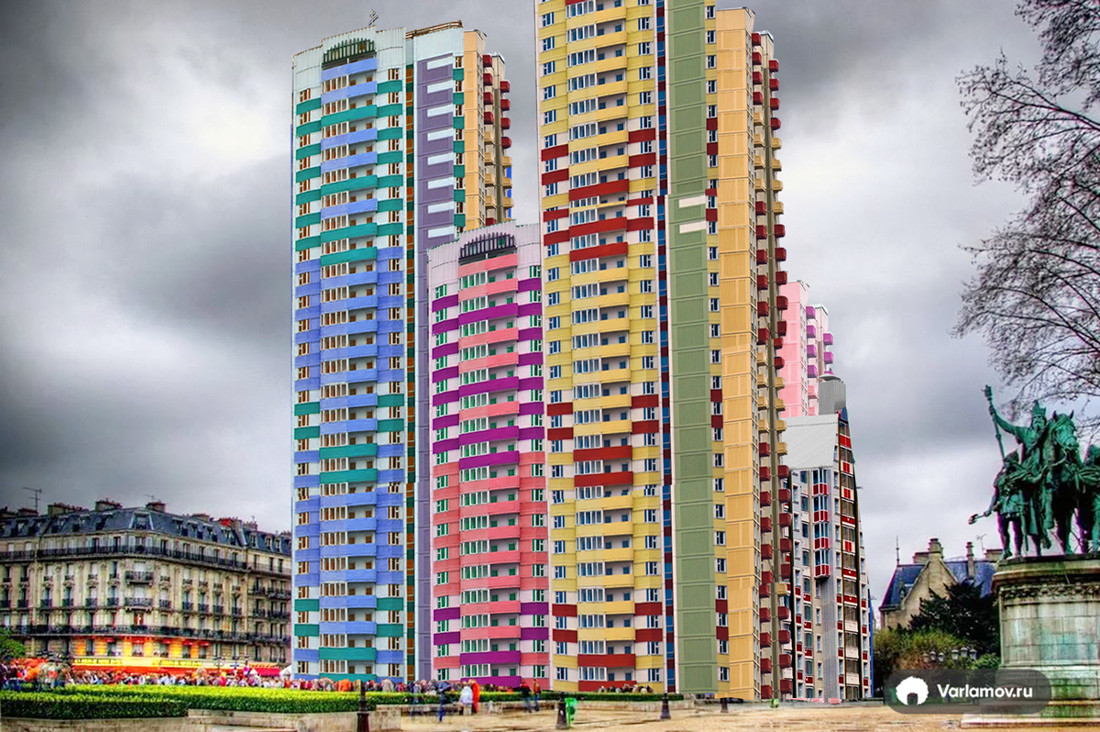 5. “If French people don’t have enough money, I’d send a mayor from any provincial Russian city to Paris. They know how to deal with historical heritage. They’d add some parking space on the square, make it more beautiful, and more importantly there would finally be a place to buy a fresh baguette in the center of Paris! Notre-Dame de Paris, the trade and office center version.” 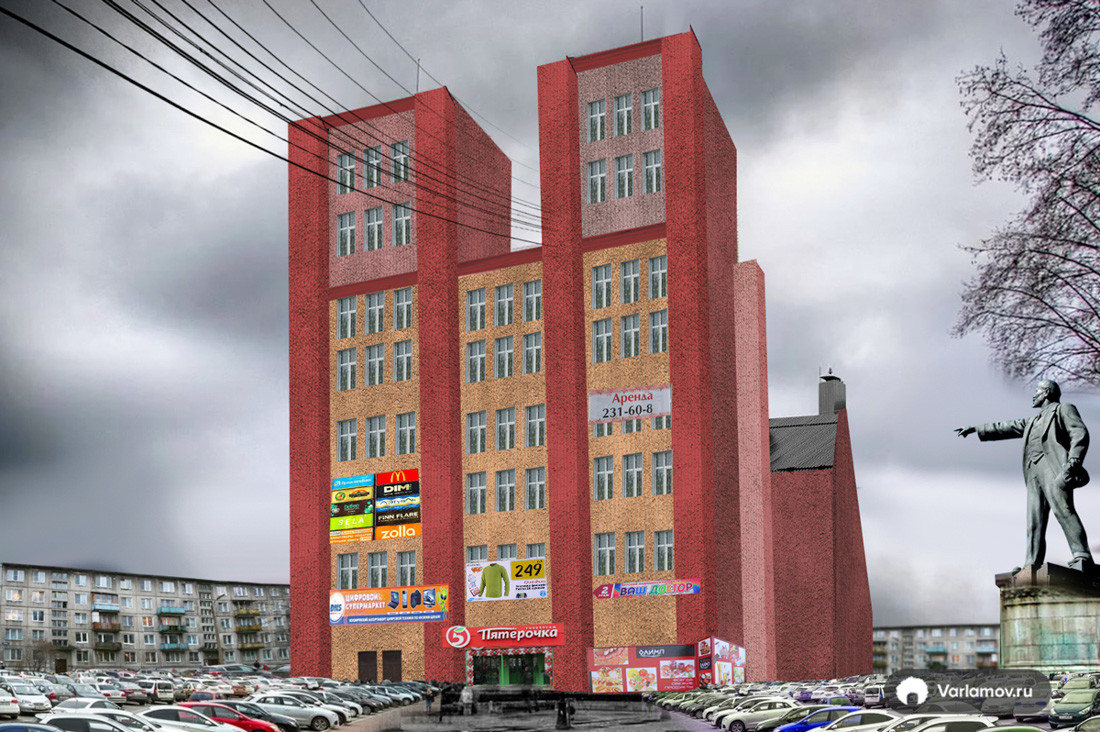 According to Varlamov, the French will return the cathedral to its former splendor in a decade or so, while Russian cities will transform into a conglomeration of 25-floor buildings and plastic shopping malls with colored offices. “We should not save Paris, we should save Vologda, Ufa, and Vladivostok,” added the activist.