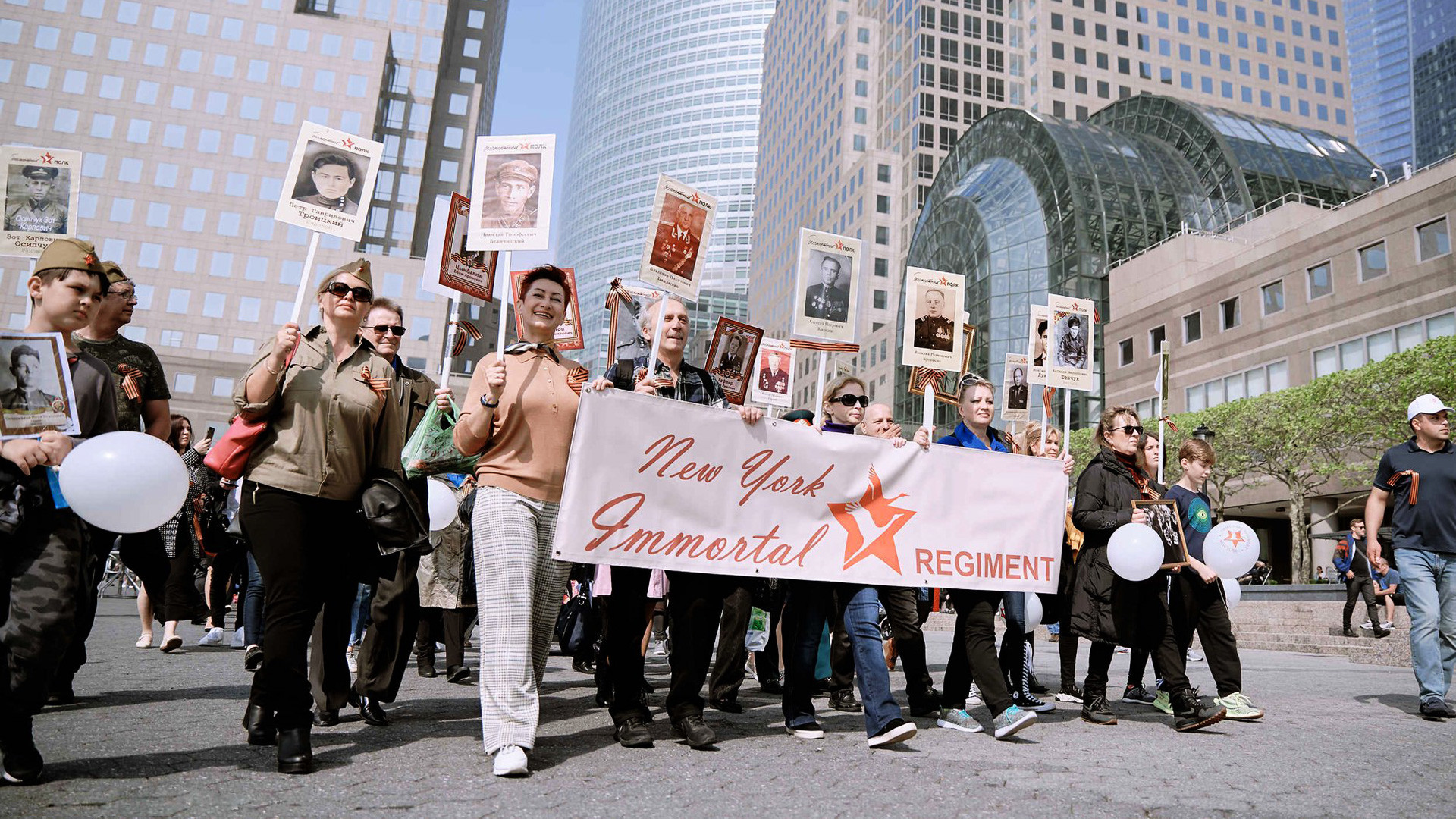 Tati Gavrilova /lookbook.media
Descendants of WWII soldiers take part in processions to commemorate the memory of their relatives.

It originally began in 2012 in the Siberian city of Tomsk, but this year, the Immortal Regiment is held in more than 110 countries and 500 cities all over the world. People join the processions holding the portraits of their relatives who fought in World War II, and every year the number of participating cities grows. 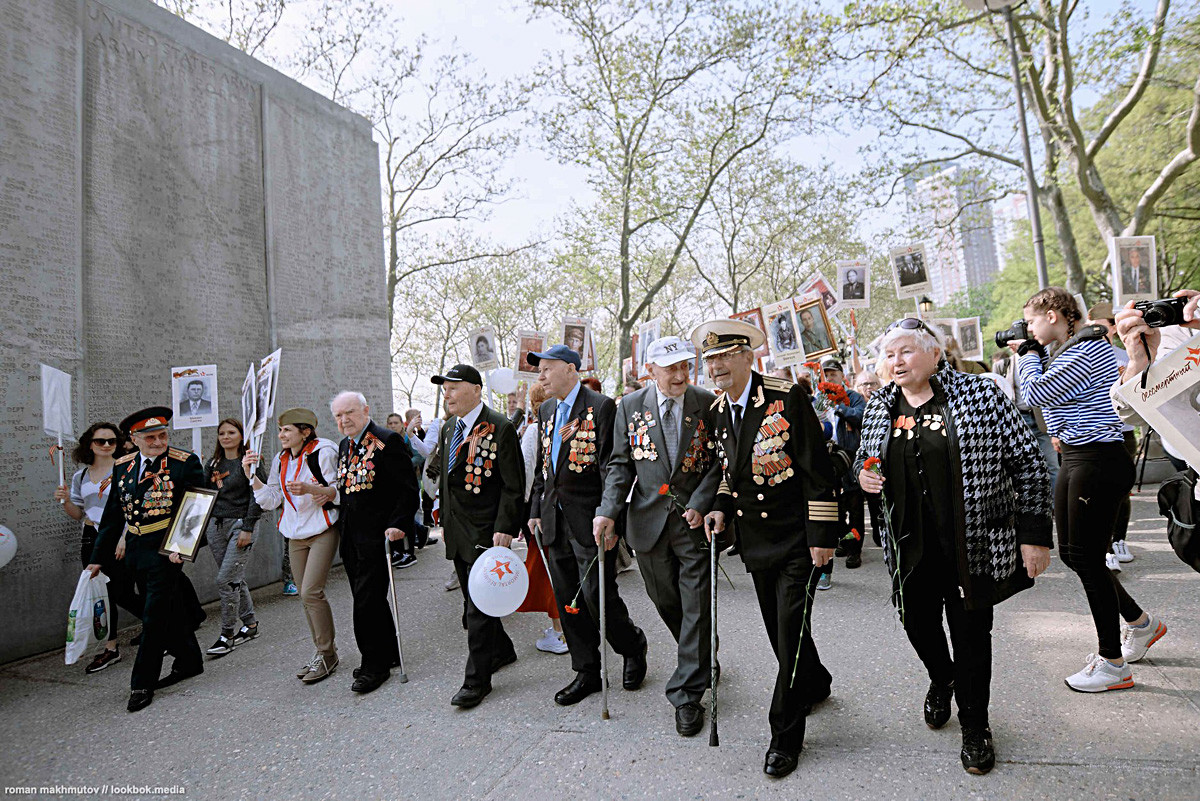 The Immortal Regiment has been held in the U.S. since 2015 on the initiative of the Russian Youth of the U.S. and the Coordinating Council of Russian Compatriots of the U.S. (KSORS). The largest event traditionally takes place in New York: every year it draws over 2,000 participants, both members of the Russian diaspora and locals. After the procession, they sing the Russian and US anthems, and release hundreds of white balloons into the sky. Each balloon is decorated with a picture of crane which symbolizes the fallen soldiers. 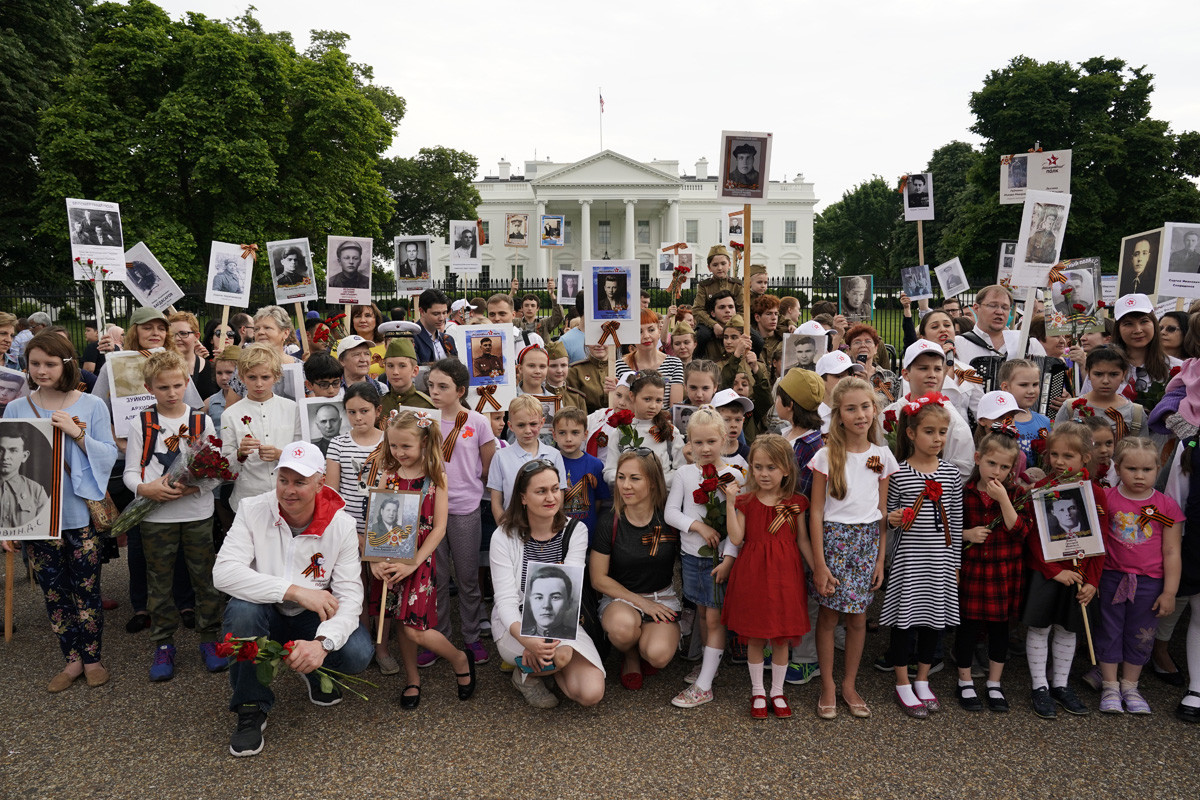 This year, the Immortal Regiment took place in 25 American cities, including San Francisco, Anchorage, Chicago, Seattle, and Denver. The march in the U.S. capital was held near the White House and gathered around 1,000 people. Elena Branson, the head of the Russian Community Council of the U.S., said that American authorities support the Immortal Regiment initiative, and locals often join the processions. 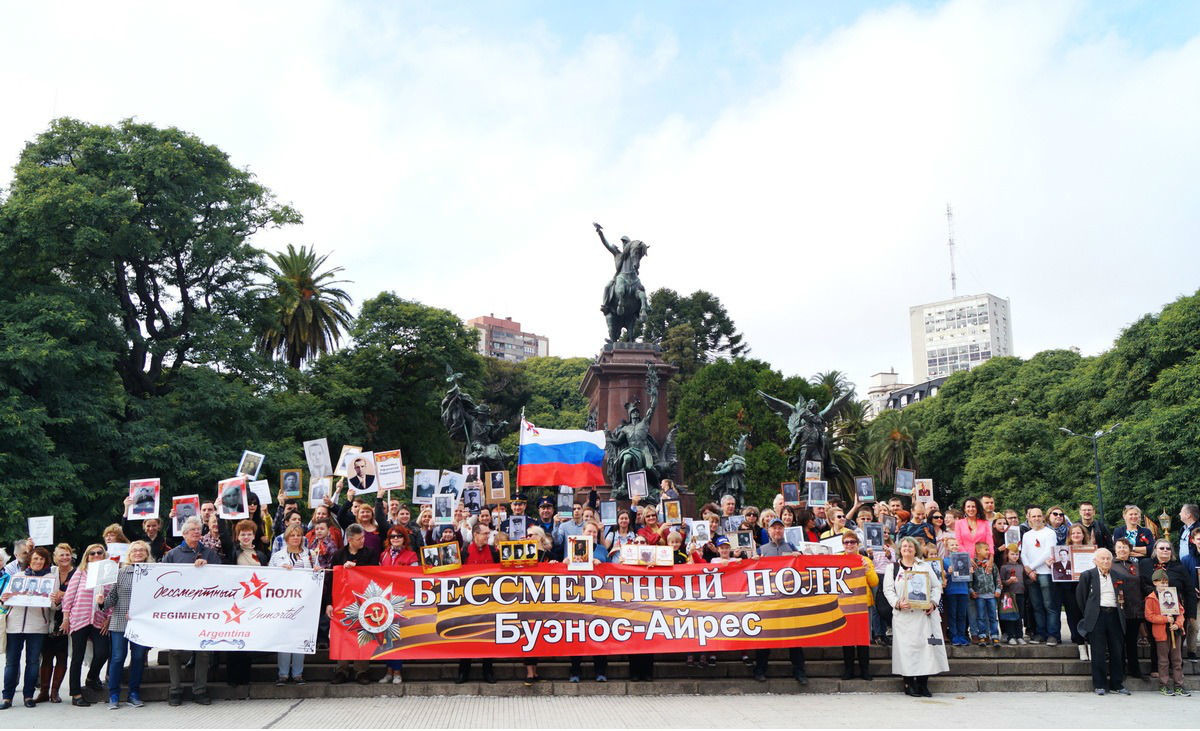 Five Argentinian cities held the Immortal Regiment in 2019: Mar del Plata, Rosario, Obera, Parana, and Buenos Aires. Over 200 people came together in the capital to honor the memory of their ancestors. Some participants even recalled their childhood during the Great Patriotic War: Yevgeny Dunaev was only 4 in 1941, but he cannot forget how the enemies burned his village in the Smolensk Region. Maria Kadar was 10, when her father died at the Battle of Kursk. 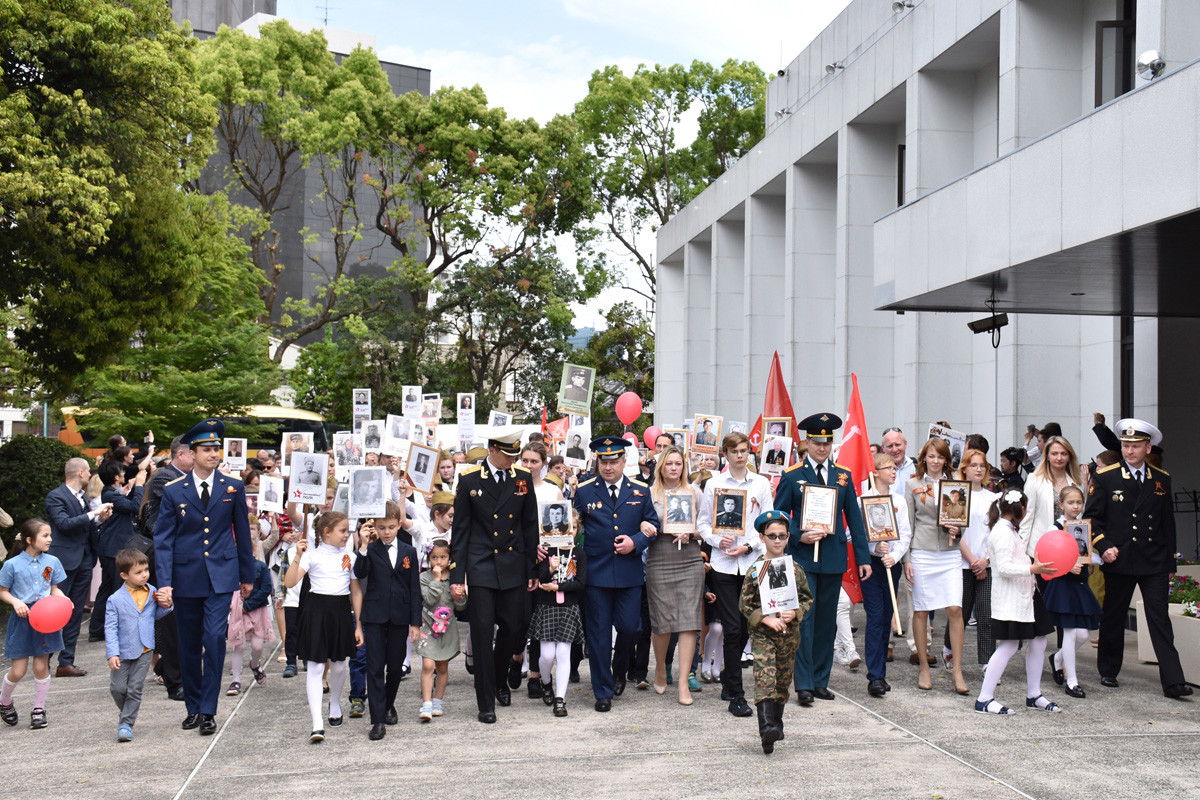 Japanese residents also joined the processions to commemorate the veterans. The event in Tokyo gathered around 200 people, including Russian compatriots and diplomats from different countries. Israeli ambassador to Japan, Yaffa Ben-Ari, who took part in the march, said the family of her father found shelter in Russia, and all the people should be grateful to those who “gave their lives defending their country and defending the world from the biggest evil.” 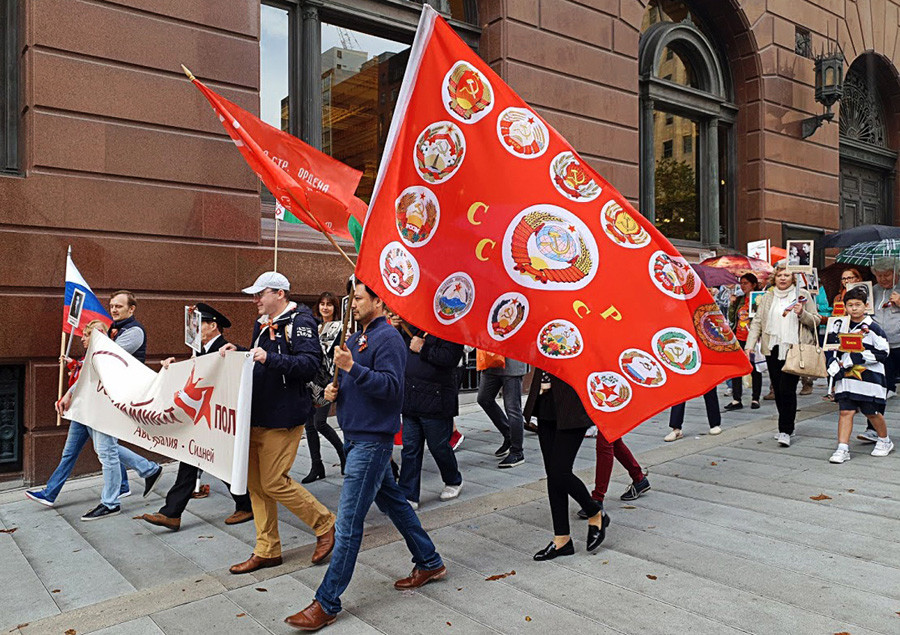 The solemn procession was held on Anzac Day, when Australia remembers all who died during any armed conflicts. Russian-speaking residents of the country passed under the pennants of the Immortal Regiment in Sydney, Adelaide, and the Gold Coast. The columns were headed by veterans of the Great Patriotic War. 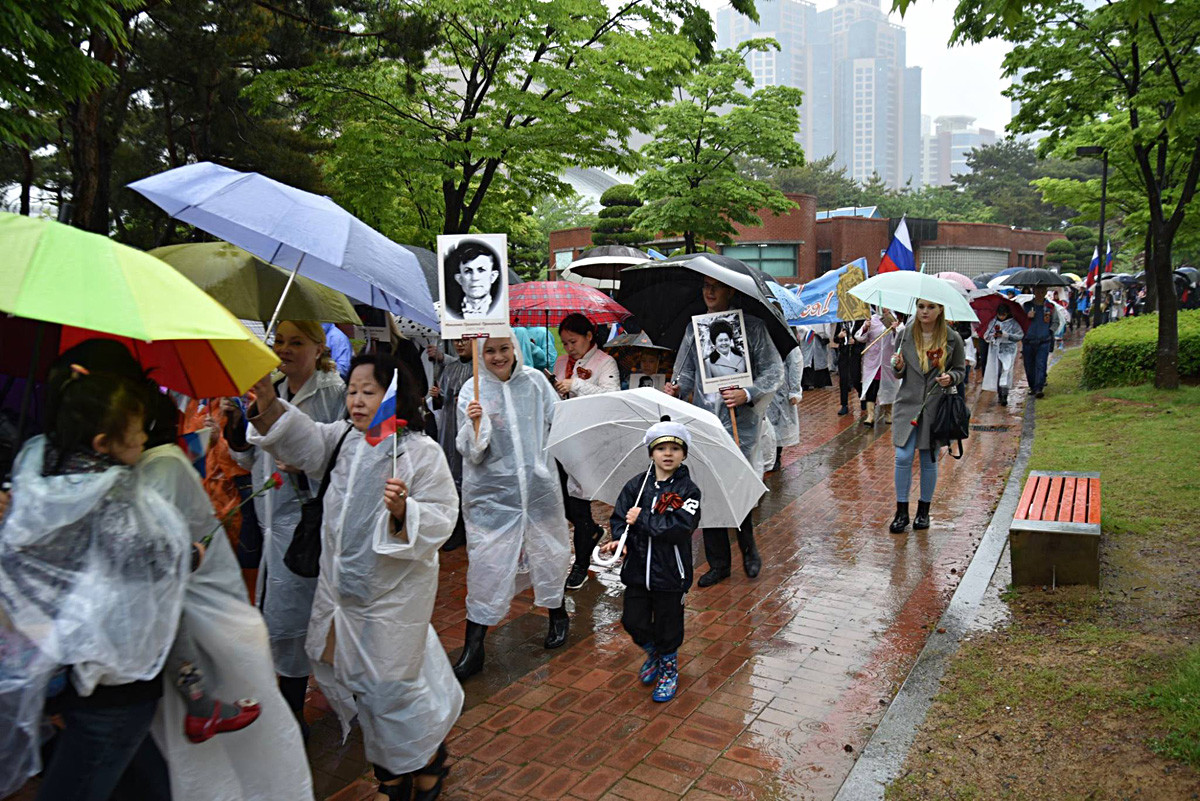 For the third year in a row, the Immortal Regiment took place in the South Korean city of Busan. This time, around 400 people took part in processions, including descendants of Russian, Belarus, Kazakhstan, and Uzbekistan veterans. After the march, participants organized a concert singing wartime songs and shared the stories of their relatives. 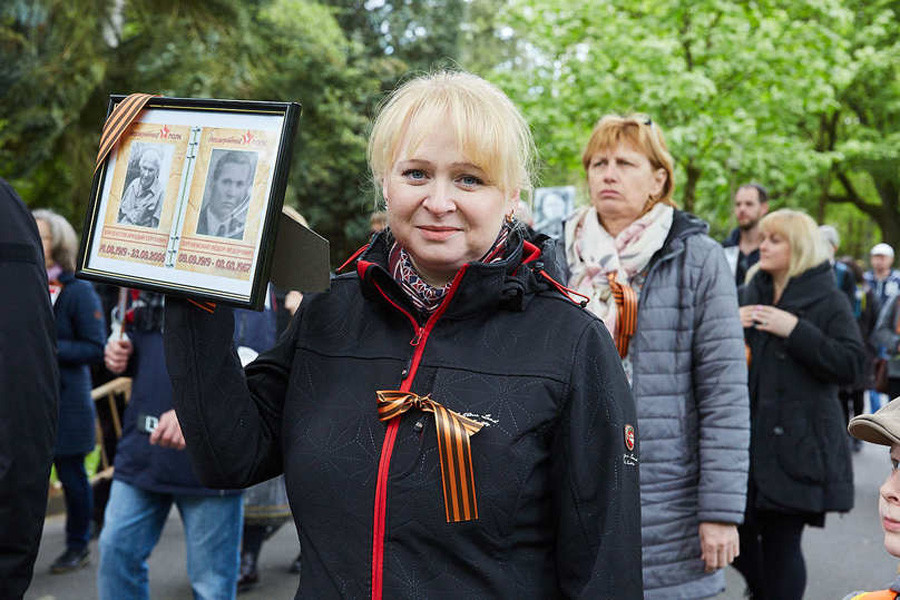 Despite the rain, 150 people came to the WWII memorial and laid flowers at the Olsdorf cemetery, where nearly 400 Soviet soldiers are buried. Participants released white doves into the sky as a symbol of peace and harmony between Russia and Germany. 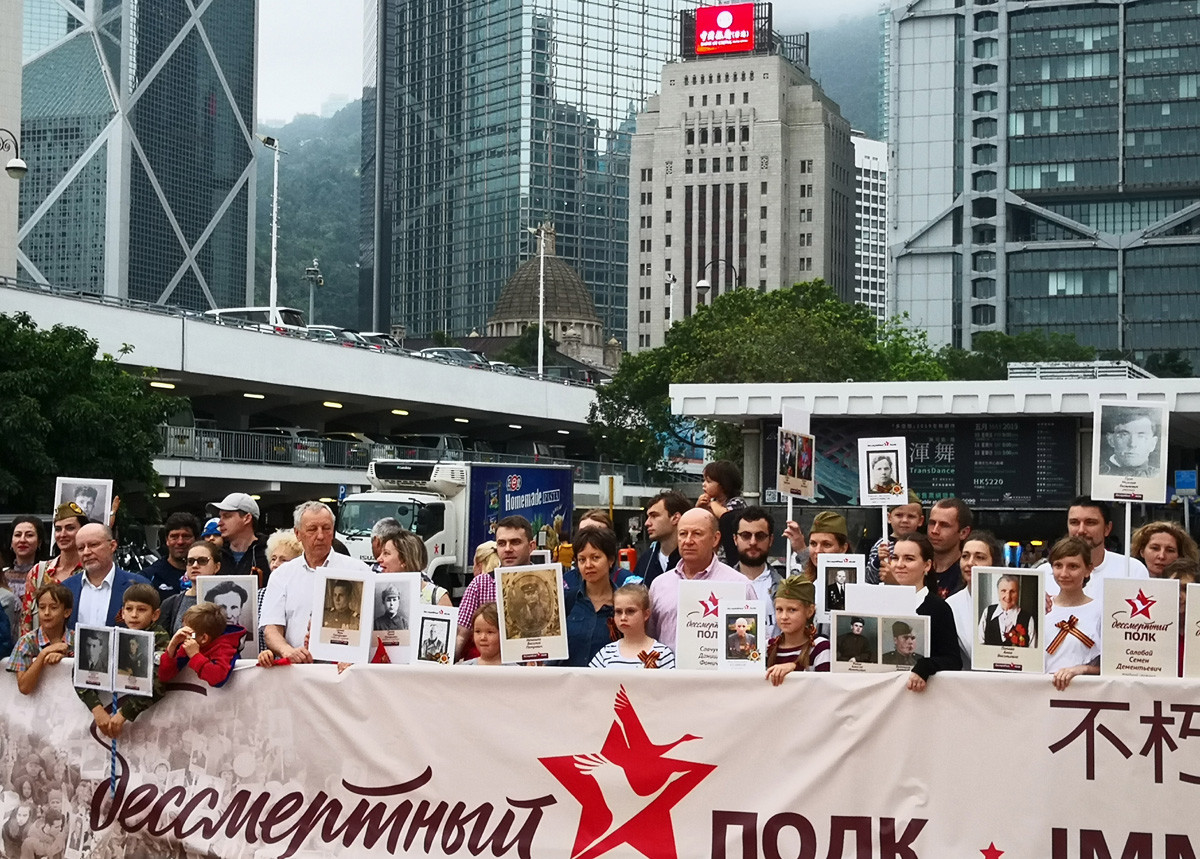 The Immortal Regiment was held here for the first time in 2019 and gathered about a hundred participants in the city center. The Russian emigres organized a photo exhibition of their relatives and honored the memory of fallen soldiers with a minute of silence. 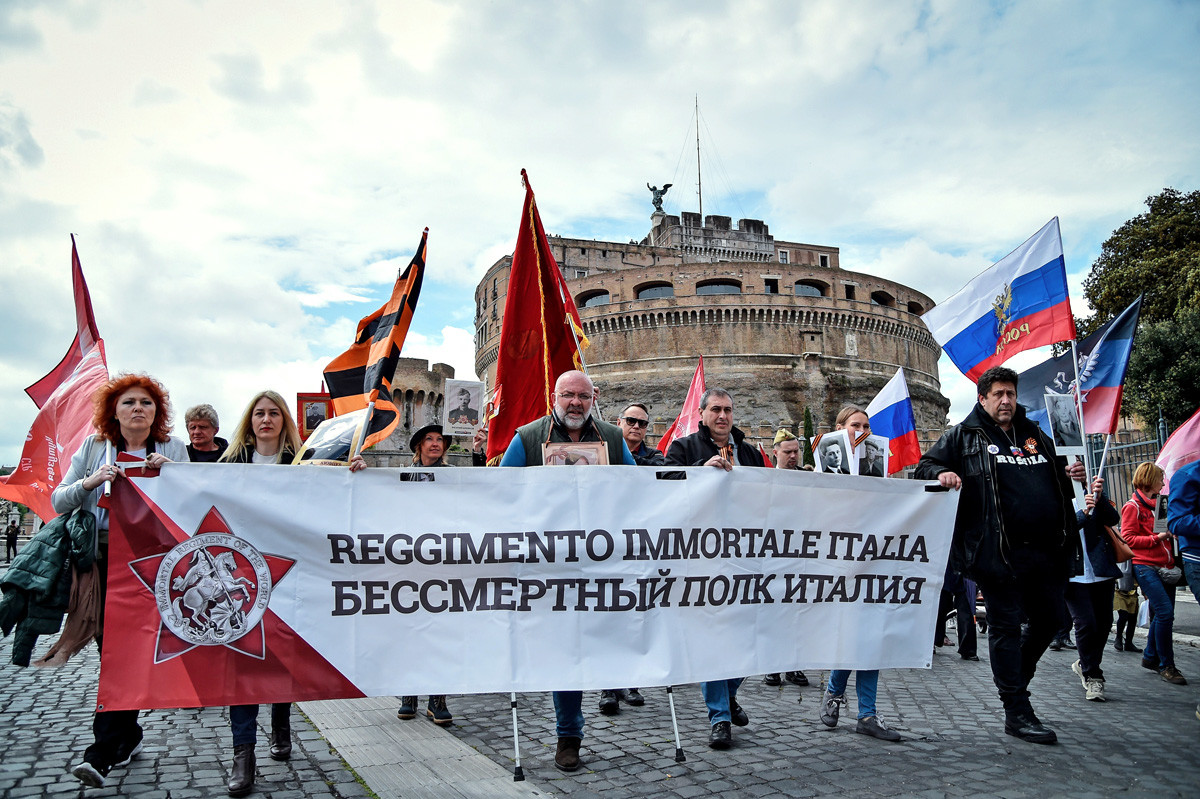 The Italian capital held the march for the third year in a row and gathered hundreds of people. "Our processions take place in different cities of Italy, including Milan, Bologna, and Palermo,” said the coordinator of the event. 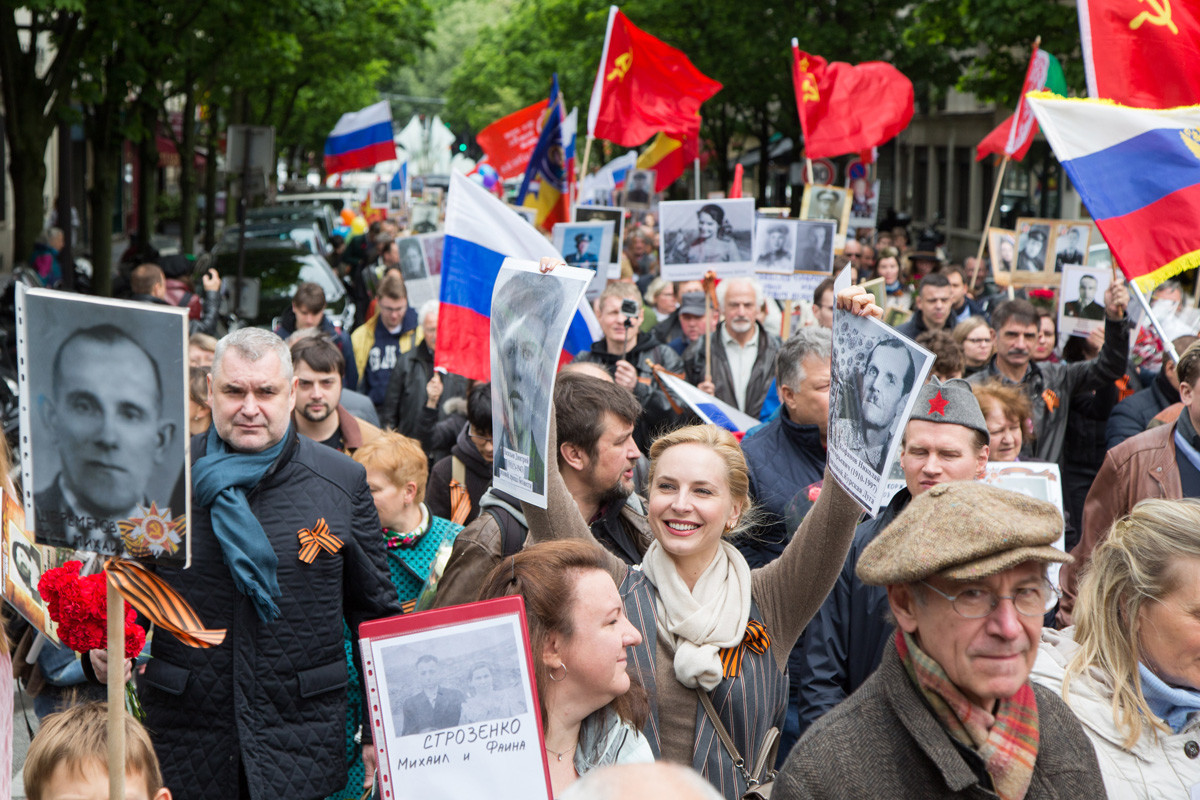 The event in the French capital has been held since 2015, under the ‘Peace and Memory’ slogan. Hundreds of people went down the streets holding the portraits of their relatives. Organizers noted that the Immortal Regiment is free of politics, and should be held just to honor the people.