What do Russians think about the Game of Thrones finale? (SPOILER ALERT) 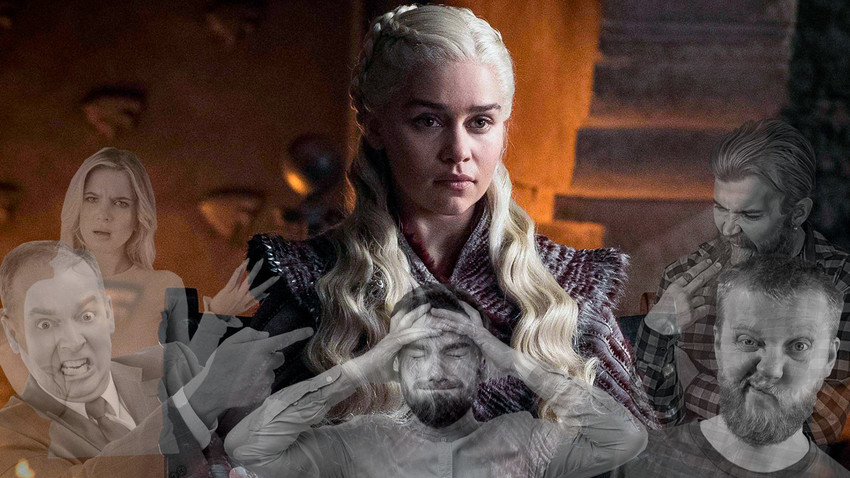 HBO/2019; Legion Media
“The last time I was so angry when the Soviet Union fell apart!” As most of the GOT fans around the globe, many Russians are deeply disappointed with the finale of the most popular TV show ever.

Several days before the TV show’s anticipated finale, people were already beginning to lament and express nostalgia about it being the end of an entire saga.

It’s a pity that in just a few days the TV show everybody was watching will be no more. A show that united families and substituted that awkward silence between the colleagues. Dad will return to his clichéd police TV show, mom - to her Turkish show, sister - to those Korean shows, and you - back to Netflix shows. Your family’s intercommunication will stop, you’ll stop understanding each other, you’ll become strangers. The Babylon Tower of the 21st century will be destroyed and forgotten. One day, after you’ve binge-watched 7 seasons of ‘Sons of Anarchy’, you’ll enter the kitchen and find your father who is looking through the window, misty-eyed. “Winter is coming,” you’ll whisper. “What is dead, can never die,” - he’ll answer. “Dracarys”, - mother will say behind your back. “Hodor!” - your sister will scream from her bedroom. And the world will fall into the darkness.

But after the finale’s premiere the mood changed completely…

The last time I was so angry when the Soviet Union fell apart!

How did the wall rebuild itself? How did Daenerys have such an enormous army of the Unsullied, if she had just 8,000 to start with? How did the Dothraki survive? Why the f*ck did they make John a Targaryen? Why was he resurrected? Why didn’t the Faceless avenge Arya? Why did Jaime Lannister go through 6 seasons of redemption to only then spit on it all? Why did Tyrion, whom everyone considered the greatest mind of Westeros, suddenly become stupid? Why is the character who nobody gave a f*ck about for 8 seasons now king? Why the f*ck did I watch season 8?

What will we say to the screenwriters? - Dracarys!

Where did so many Unsullied and Dothraki come from? There were only a few hundred left after the battle versus the Night King? Did they sprout like mushrooms?

An era is over. The strangest thing is, the final episode didn’t bring out any emotions. Not even a bitter aftertaste. Only emptiness.

Why did they resurrect John Snow? To send him back to the Night Watch?

How to keep silent the whole season, getting high under a tree and then become king. No words…

You see what a sly dog he [Bran] is? Told everybody who was the real king, framed John, got rid of Dany and sat himself on the throne. Of course, the end was a 7/10.

I envy those who didn’t watch the Game of Thrones! Don’t watch it!