Bears happen to attack people but if this story is true it is a very rare case.

AFP
Both Russian and international media are spreading the graphic video of a man looking like a living corpse, claiming that he spent a month as ‘canned food’ for a bear. However, no one can prove the story is real.

On June 25, 2019, EurAsia Daily, an online publication based in Moscow, published a stunning piece of news: according to it, in the Tuva Republic (a Russian region in Siberia, 3,700 km east of Moscow), “local citizen Alexander spent a whole month inside a bear den with a broken spine – and managed to survive”. EurAsia Daily also published a video ‘proving’ the story: a deeply exhausted man, looking more like an extra out of The Walking Dead, lies in what looks like a hospital bed, stating his name is Alexander. That’s it. 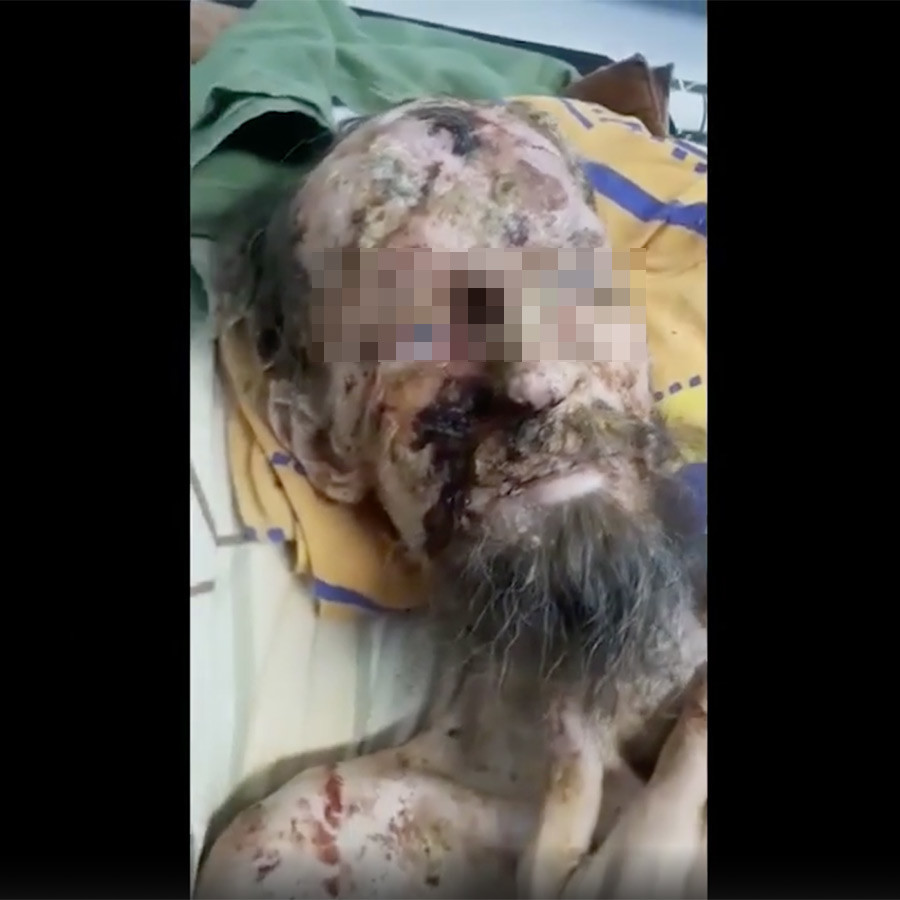 EurAsia Daily mentions “eyewitnesses” and “local hunters” as their sources of information, claiming that hunting dogs helped to find Alexander (his surname or occupation are unclear). “Despite terrible injuries, Alexander was conscious and able to move his arms, though being totally exhausted… He said that the bear attacked him, broke and injured his spine, but decided not to eat him, packing him like ‘canned goods’ in its den.”

How was it possible for him to survive?

This is absolutely unclear. If this story is true, Alexander must have spent a month in a bear den without food or water, unable to move due to his broken spine. And why did the bear leave him lying there alive in the first place? Alexander Khaburgaev, an ecological journalist, told Rossiya 24 TV-channel that usually, when predators kill people, they eat their guts out first. “This story looks really doubtful,” Khaburgaev admits.

Can we believe the story?

It should be taken with suspicion. Of course, it spread fast across Russian and foreign media: the story, reminiscent of The Revenant (2015) with Leo DiCaprio, attracted huge public attention. And yet, there is still no solid proof.

On June 26, the Tuvan health ministry stated: “We cannot confirm the case happened in Tuva. It was not registered by the Ministry of Health, the Emergencies Ministry or any other official body (in the region). Most probably, it happened somewhere outside Tuva.”

Police also stated that photos of the exhausted ‘Alexander’ appeared online several years ago. But EurAsia Daily presented new material on ‘Alexander’, clarifying that “a businessman widely known in Tuva, who asked to keep his name anonymous” sent them the video. “The businessman claims he got the information from his hunter friends who know the eyewitnesses of what happened.”

Thus, the story looks like this: the first media outlet to publish it relies on an anonymous man, who says he knows people who know people who saw Alexander, while officials neglect to verify the story. The only thing that makes it look credible is the footage of the exhausted, gravely injured man lying in the hospital – but as of now, there is no proof of whether he really spent a month in a bear den, where he is now and when the video was taken.

Later on June 27, Mail Online reported that “a group searching for lost people in Kazakhstan claim that the video shows a man who was recently admitted to hospital in the city of Aktobe.” They also found that medics in the video were speaking Kazakh in the background. According to the British outlet, the Kazakh search and rescue organization zello.poisk said that the man had not been attacked by a bear, and therefore, the reasons behind his horrible condition continue to remain unclear.