Putin for life: Why people are getting tattoos of the Russian leader (PICS)

Lifestyle
Ksenia Zubacheva
Whether you like Russian president Vladimir Putin or not, making him a part of one’s body is a damn brave thing to do. From celebrities to regular folk - check out the fascinating reasons why they did it. 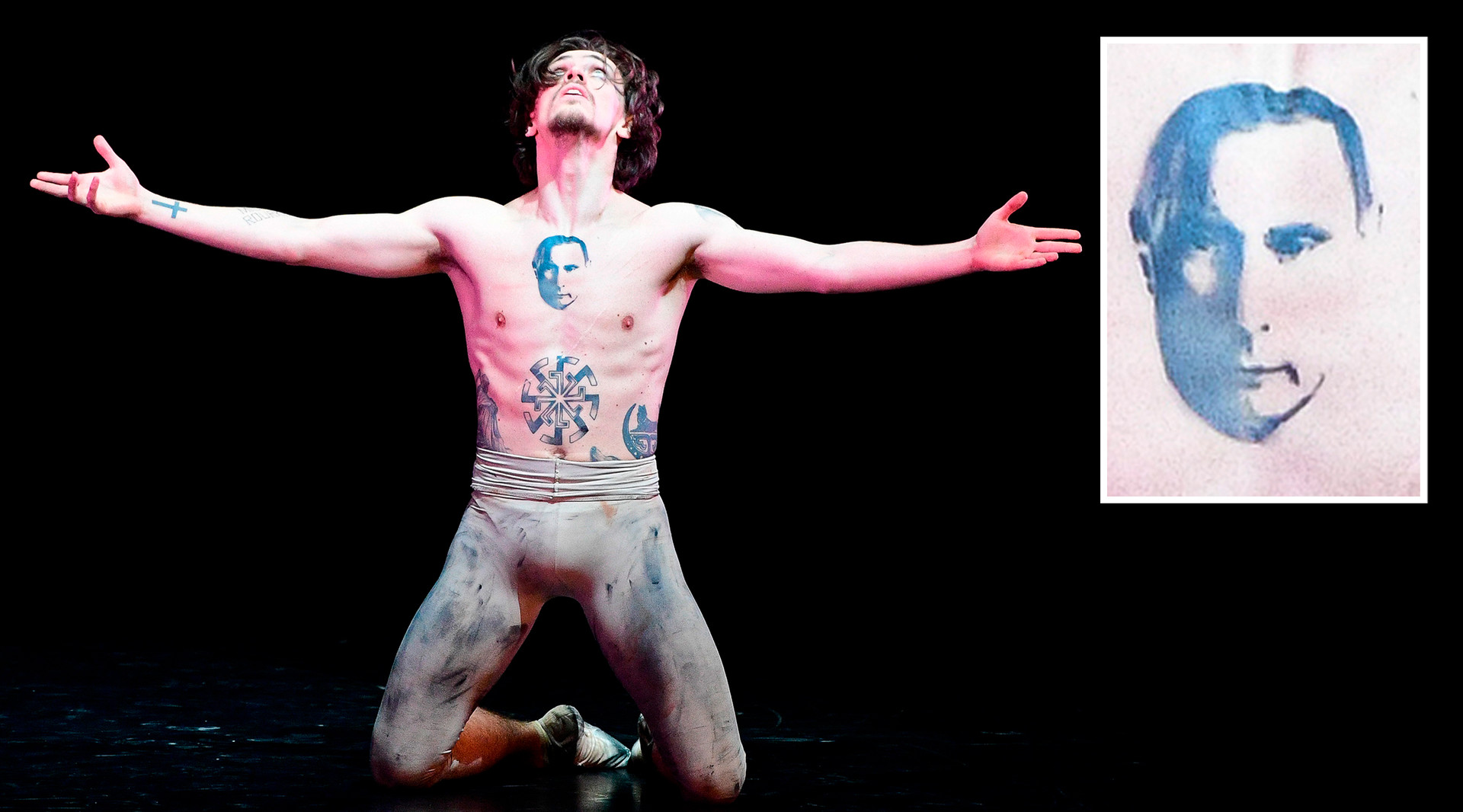 Sergei Polunin, a world-famous ballet dancer, inked the face of the Russian leader on his chest when he was in the UK and Vladimir Putin had been on the headlines everywhere. “I did this tattoo when Russia was under the most attack from the media and it wasn’t pleasant for me to see and hear,” he told Russia’s Sputnik agency in 2018. “I made this tattoo to act as energy protection - there was too much pressure on one person only. At that point, I had a lot of strength and energy and I decided to take part of this negative energy on myself!”

In an interview with the Times this year, he also shared that when he was a kid, he always liked Putin: “I loved him. I loved his energy. No matter what people were saying, for some reason inside I knew he’s trying to do something good.” 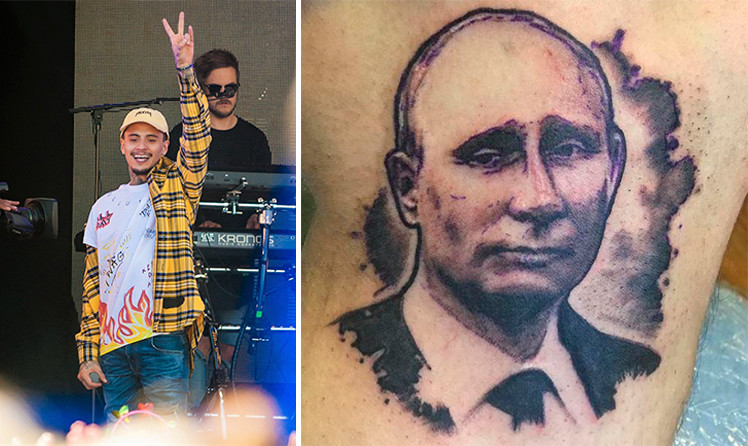 Finnish rapper Mikael Gabriel also had a Putin tattoo done in 2016. He refused to give any comments as to why, resulting in a public discussion on what on earth could it mean. Some suggested he wanted to support Russia’s leader in his alleged fight against secret organizations, some - that he simply wanted to show his attitude to him, while others simply pointed to the fact that images of Putin are as popular among tattoo-lovers as images of angels, greek gods or skulls (really)!

3. Young Putin with his autograph 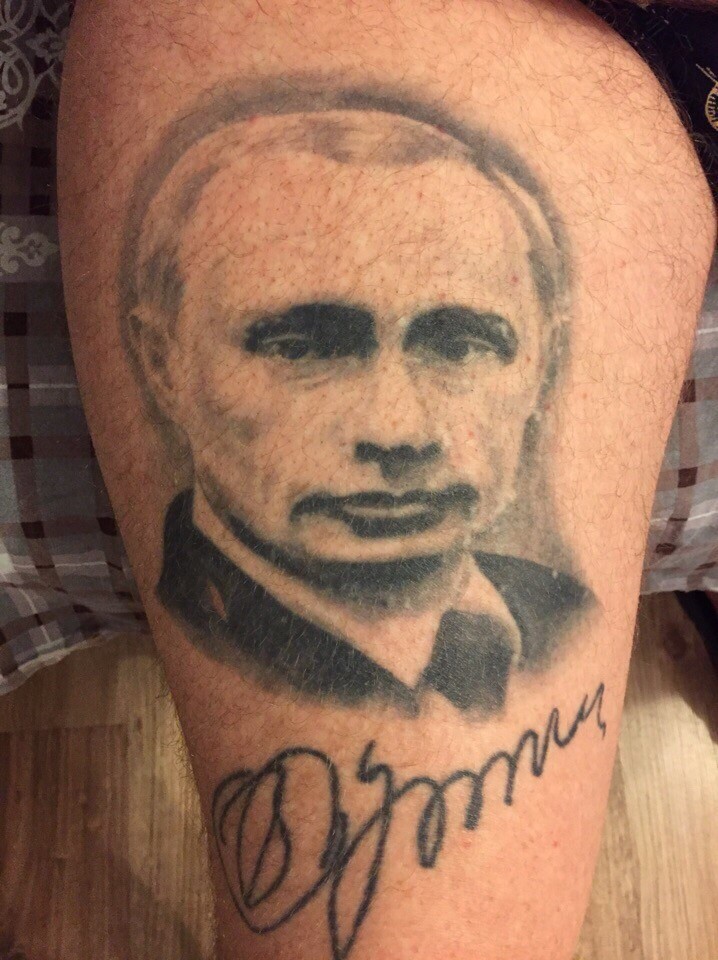 The owner of this Putin tattoo is Alexey Oskola from Nizhny Novgorod. He didn’t serve in the army and has been working in car repairs for a while. He had his tattoo done on his leg in 2008: “We were sitting with my tattoo artist and he suddenly had an inspiration to do Putin,” he says. “I liked the idea. He’s a decent and businesslike man… Why with an autograph? What kind of a portrait goes without a signature? It’s kind of more unique this way.”

4. ‘Watching your back’ Putin 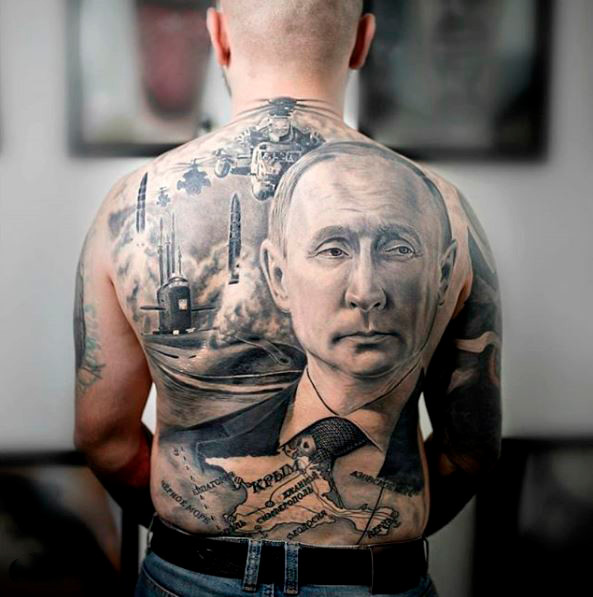 “When I wanted a tattoo on my back, I decided that I’d do something to participate in future tattoo festivals,” recalls Savely, a long-time tattoo fan from Russia’s Rostov-on-Don. In April 2018, together with his tattoo artist, he considered many ideas and eventually decided to do a portrait.

“We were choosing between singers, actors and other celebrities and in the end we decided to do a portrait of the President,” he says. “I work in construction. I don’t get into politics too much. I’m okay with the President as a person, but don’t want to assess him as a policymaker or head of state. I’m not affiliated with the army or other law enforcement structures, contrary to what some Ukrainian media have previously written about my tattoo.”

The tattoo has already won a few festival awards, and, according to Savely, he’s never heard any negative feedback from his friends or family. “It’s a truly unique tattoo and I enjoy wearing it, even though I don’t show it off often,” he notes. 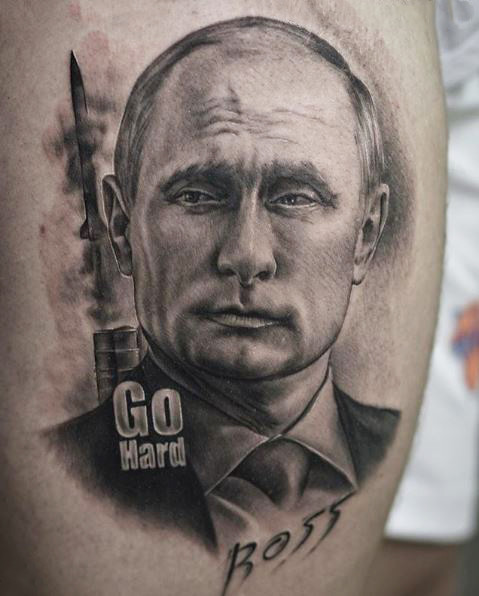 Krasnodar-based tattoo artist Gleb Fursov lost contact with the owner of this tattoo, and he admits such orders come very rarely. “Patriotic tattoos are quite common, but it’s rare when people want to get tattoos with the people from the Kremlin,” he says. “I remember only three times when my colleagues from Krasnodar did Putin tattoos.”

In this particular case, as Gleb recalls, the client had initially wanted to do another image, but the original photo didn’t work, because it turned out to feature some sort of demon and the client was quite religious. “So I suggested doing Vladimir Putin instead, which he liked, saying that he is a strong personality. I also suggested Stalin, but he chose the president,” Gleb says. 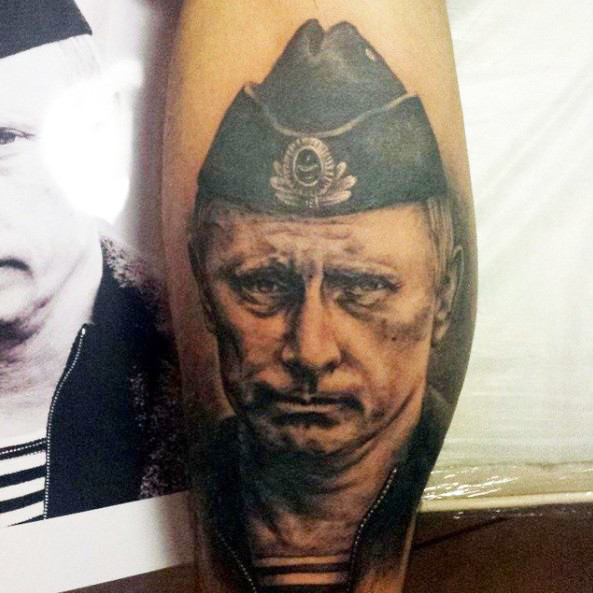 Krasnodar tattoo artist Daniil Manik wanted to do this patriotic tattoo but, unfortunately, didn’t get to finish it. “It was my idea and I found a model. Unfortunately, he decided to stop the process, because of too much pain and we only finished around 60 percent,” he recalls. “It’s a shame we didn’t get to complete it - it’d have looked much better. It was a pleasure to ink this good man!” 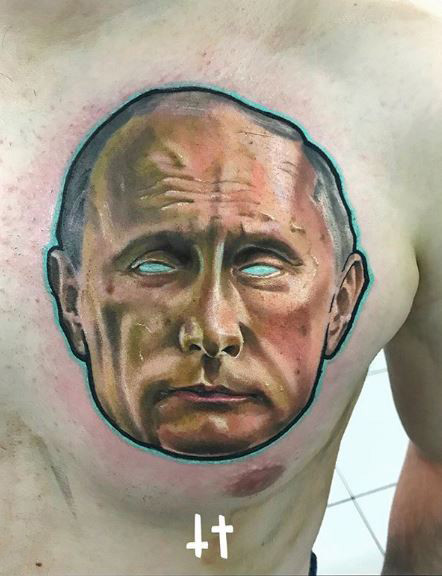 Dmitry Marinchenkov, a tattoo artist working in Moscow and Voronezh, decided to have a tattoo with Putin done in February, 2018. “Oleg (his colleague and tattoo artist) suggested to have a tattoo done on my chest and I had only one association with this choice of spot - the leader,” he recalls. “Plus, I did a Putin tattoo on one of my mates and liked the look!” As he explains, every major moment of his life (like his first love or first sex) happened when Putin was in power. “I even became a tattoo artist when he was ruling,” he says, adding though that no one should really take tattoos too seriously. “This is just some color under my skin and even if it makes any sense, it only does for me, as a carrier. Unfortunately, the majority of the population still believes in horoscopes and the meaning of tattoos. Please don’t.”

And these stories are not exclusive. Here are a few more real tattoos we’ve found online. 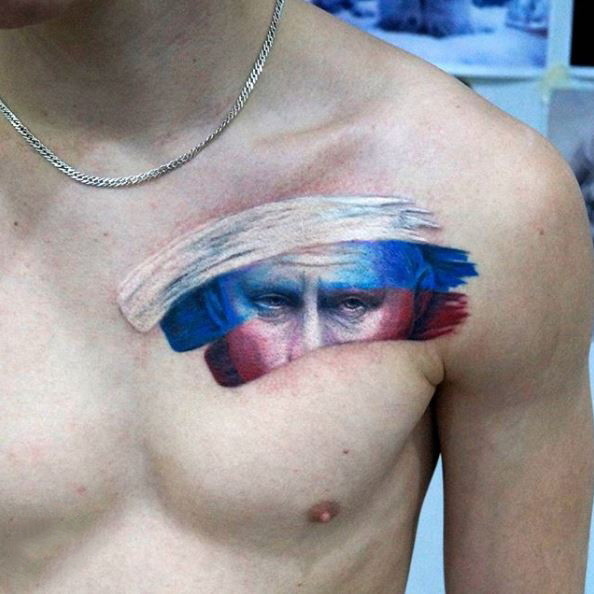 This video was taken two years ago at a festival in Russia’s Novosibirsk. As the author of the video says, the tattoo owner lives in China.