Why do Russians get face tattoos? 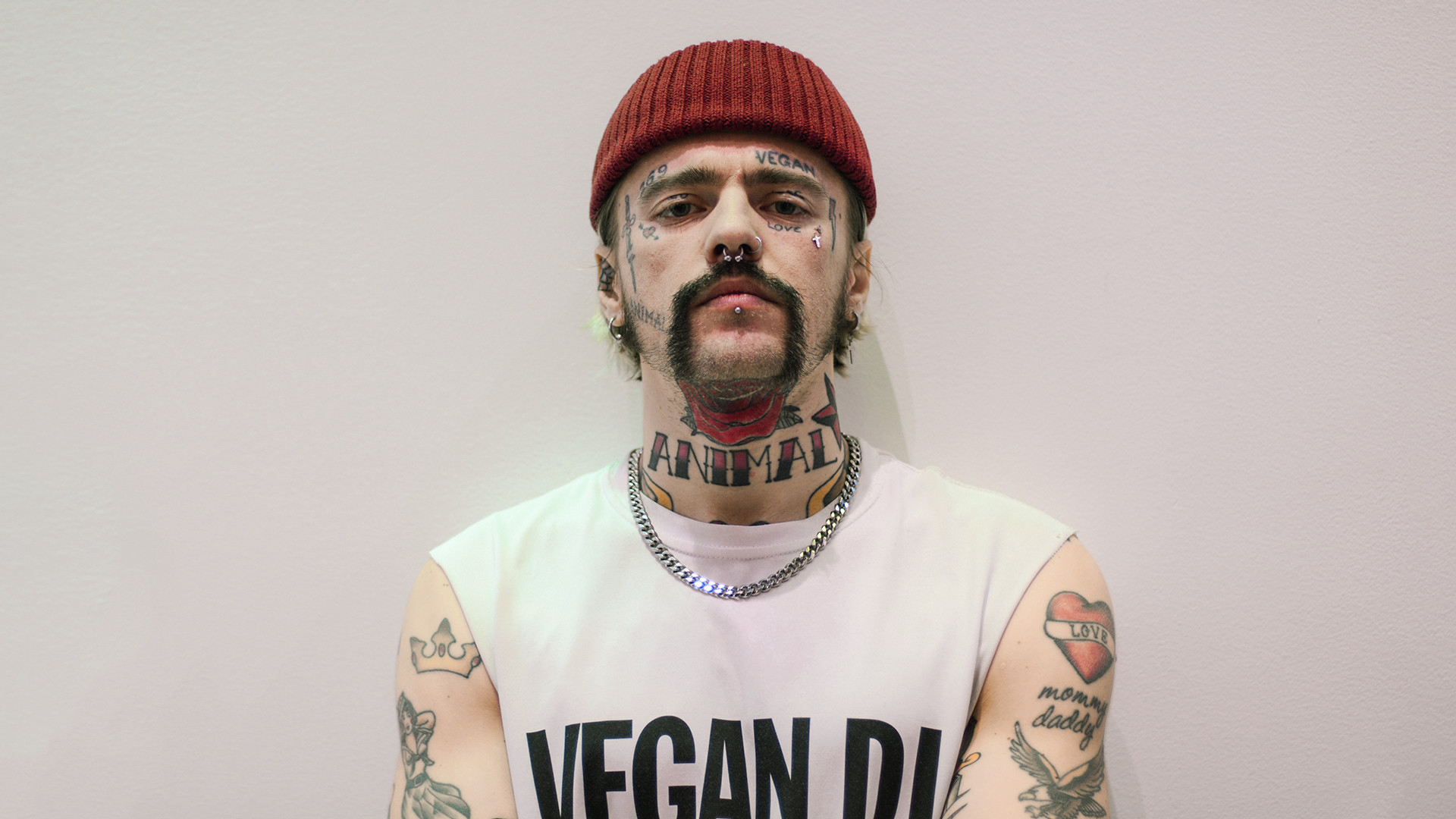 Viktoria Ryabikova
These days, all-over-body tattoos — complete with colorful images and lettering — barely raise an eyebrow, yet a tattoo on the face still has the power to shock.

While body tattoos have long been a near-fashionable accessory, tattoos on the face are still quite rare and capable of arousing the most mixed emotions, from interest to surprise and shock. Words, signs, animals and other things appear on Russian faces not only in Moscow, but in many provincial towns and cities, too. Their owners told Russia Beyond about why they need indelible marks in the most visible place.

Foreign queen, Sailor Moon, Muslim woman-31-year-old tattoo artist Aurora from St Petersburg, with a semicircle tattooed on her forehead, gets associated with all these things and more.

Aurora herself shrugs off such associations, saying that her tattoo life began when she heard the “call” four years ago.

“I went to the mirror and literally saw this symbol on my face. It goes against my internal code to resist such visions,” she explains. A couple of days later, that vision was carved permanently on her face.

It was not her first tattoo. She began to hear such “calls” whilst on a hike in the Karelian mountains, straight out of college almost ten years ago.

“I’d just graduated from the university and didn’t know what to do, although I already had a degree in environmental studies and worked as an ecologist. But that wasn’t as thrilling as getting a tattoo,” recalls Aurora. 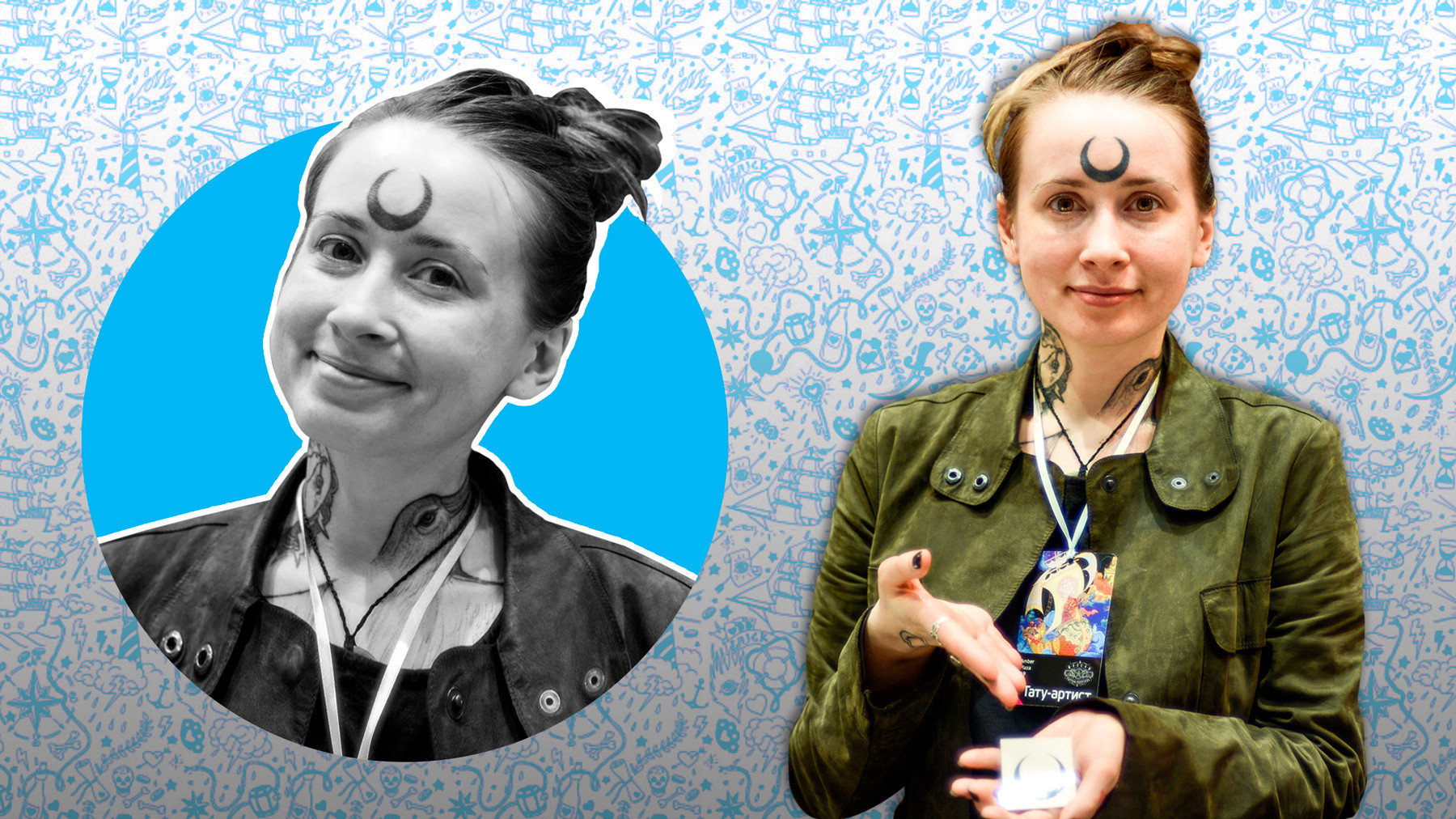 On returning home, she began to study the history of tattoos, bought a machine, and did her first tattoo, which she is now ashamed to show. Gradually she gained experience and clients. Aurora does not simply do tattoos: as she says so herself, she helps people realize their hidden desires.

“People come to me and say: ‘I dreamed about this tattoo.’ Together we explore what they saw and why, recreate the image, and bring it to life,” she says, almost whispering.

As for how others react to her facial tattoo, she admits that many in Russia’s northern capital are taken by surprise.

“I once got into an argument with a ‘fatherly’ taxi driver. He said that a tattoo was a sign of a slave,” she recalls. But she doesn’t get offended by such opinions: “What can I do if the internal savage inside me has awakened, and the call of my ancestors is relentless?”

No pain, no gain

Dmitry, a young smiling chef from Ivanovo, had a different reason for getting a face tattoo. He was dying to know how much it hurts.

It turns out it wasn’t too bad, as evidenced by the word “Pain” under his eye, not to mention the axes on the forehead, the shark on the cheek, the three stripes on the nose, and the tentacles on the neck (to which an inky octopus will soon be attached).

“True, my head is still a sore spot, but I can cope,” boasts Dmitry. 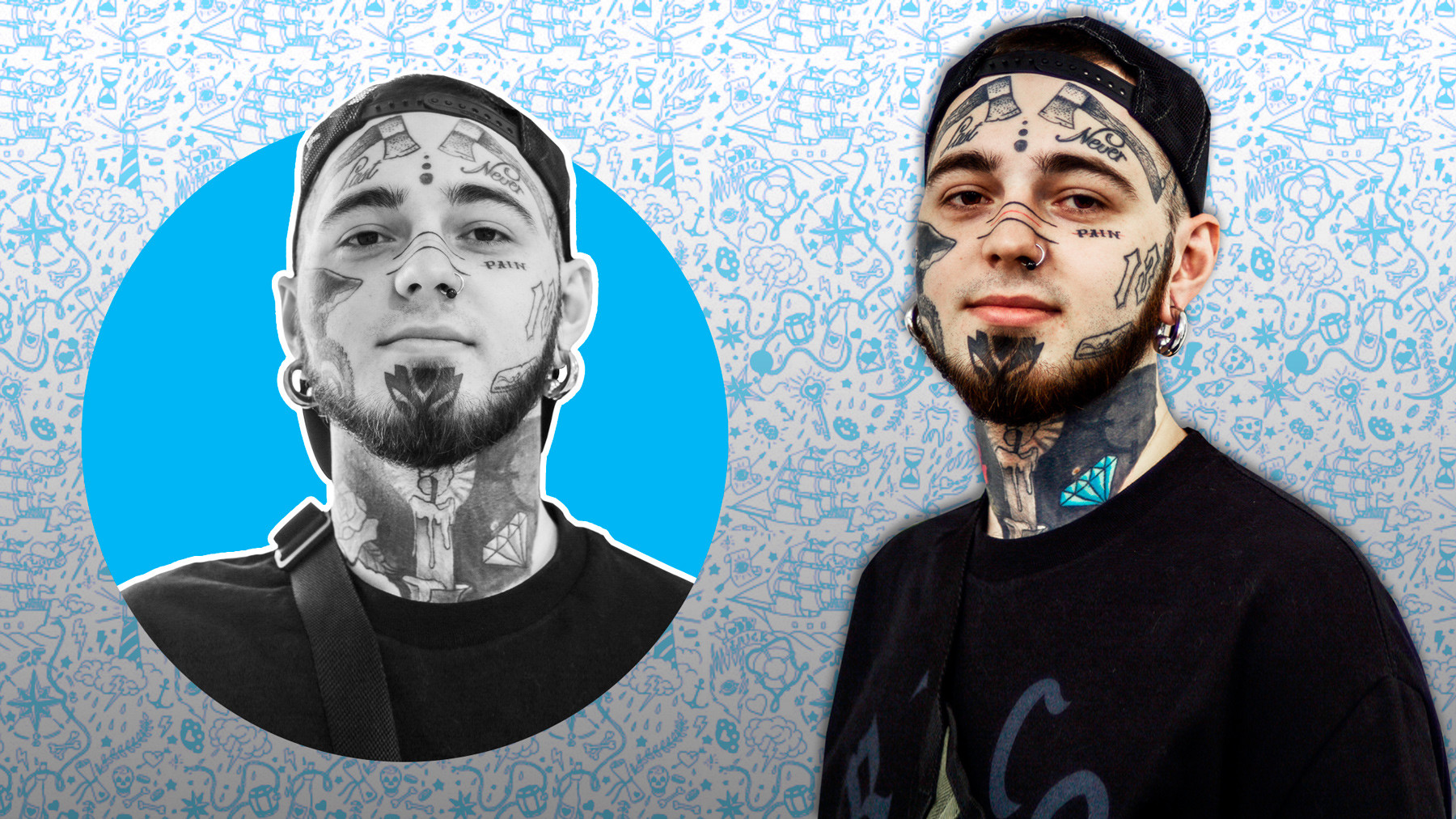 The beaming young man got into tattoos at the age of 14. Two years he spent searching for the right tattoo artist, and then had his arms done, followed by everything else. For him, a self-professed tattoo fan, the main thing is to be able to combine different styles.

Only once has he had problems because of his tattoos — when trying to get a job at a local clothing store. The managers decided that his non-standard appearance might scare off customers, especially in provincial Russia.

It’s not hard to guess what model, DJ and designer Vegan likes to eat — the tattoos on his forehead, cheeks and even eyelids showing his name and lifestyle are visible from afar.

Vegan hesitated a while before opting for a face tattoo, because he was afraid it might hinder his modeling career.

“In the end, I decided to go ahead. I switched from modeling jobs that don’t allow tattoos to ones that specifically ask for them,” says Vegan.

The inscriptions “Vegan” and “Animal” (which compete for skin space with old school tattoos) are his attempt to draw attention to the topic of veganism. Incidentally, they were both done by vegan tattoo artists. 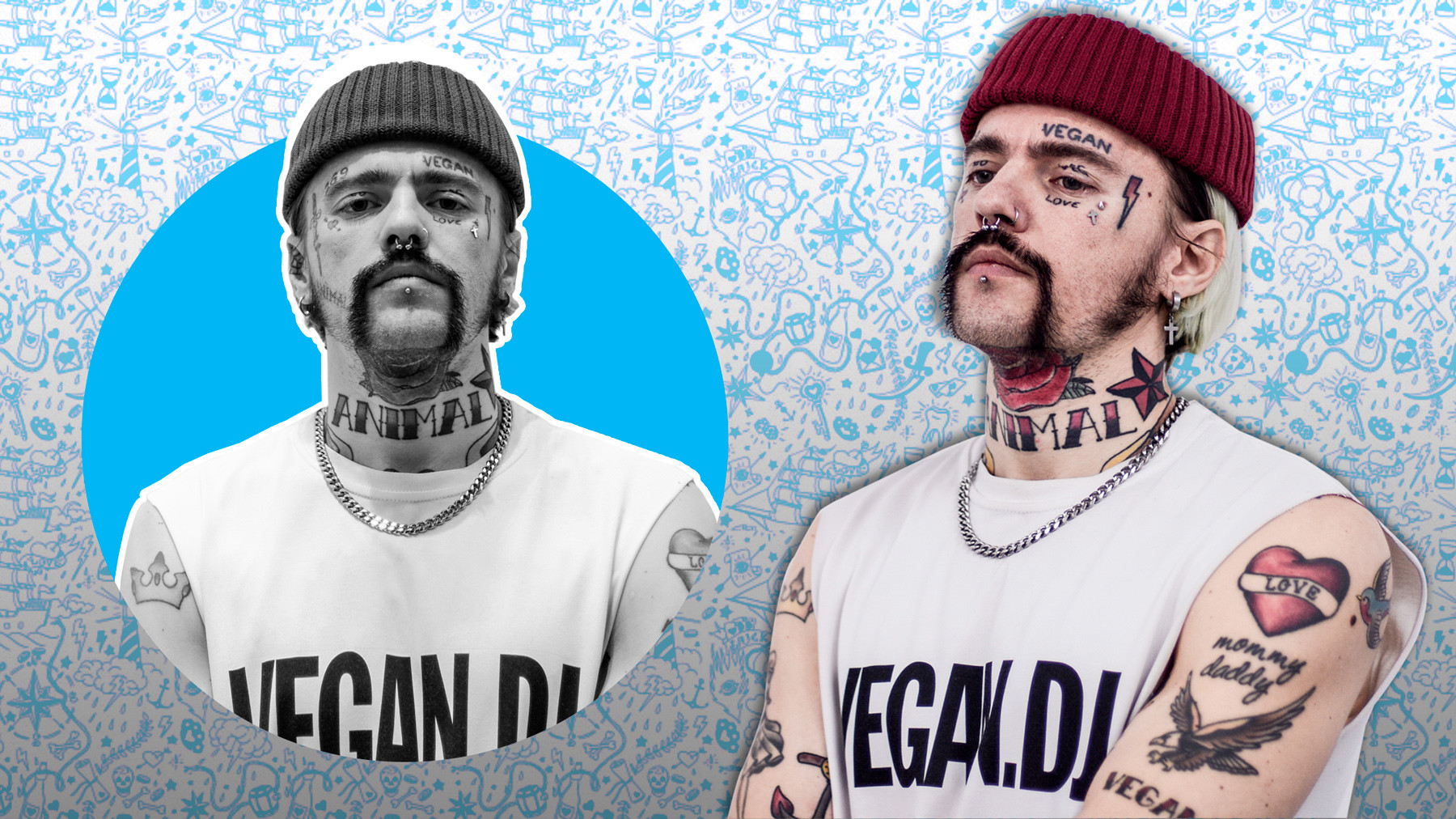 “It’s all to show that we’re a species of animal that just went apeshit and decided we have the right to eat other animals, although that’s not the case,” says the model indignantly.

He prefers to avoid places where his tattoos might provoke a negative reaction, although there are not that many in Russia these days.

“Even in the regions, people show respect and admit they’d like to get tattoos on their face and arms, but can’t for work reasons. I think the problem will soon disappear,” he predicts.