Maria Butina gets jail term in the U.S. Here is what you need to know 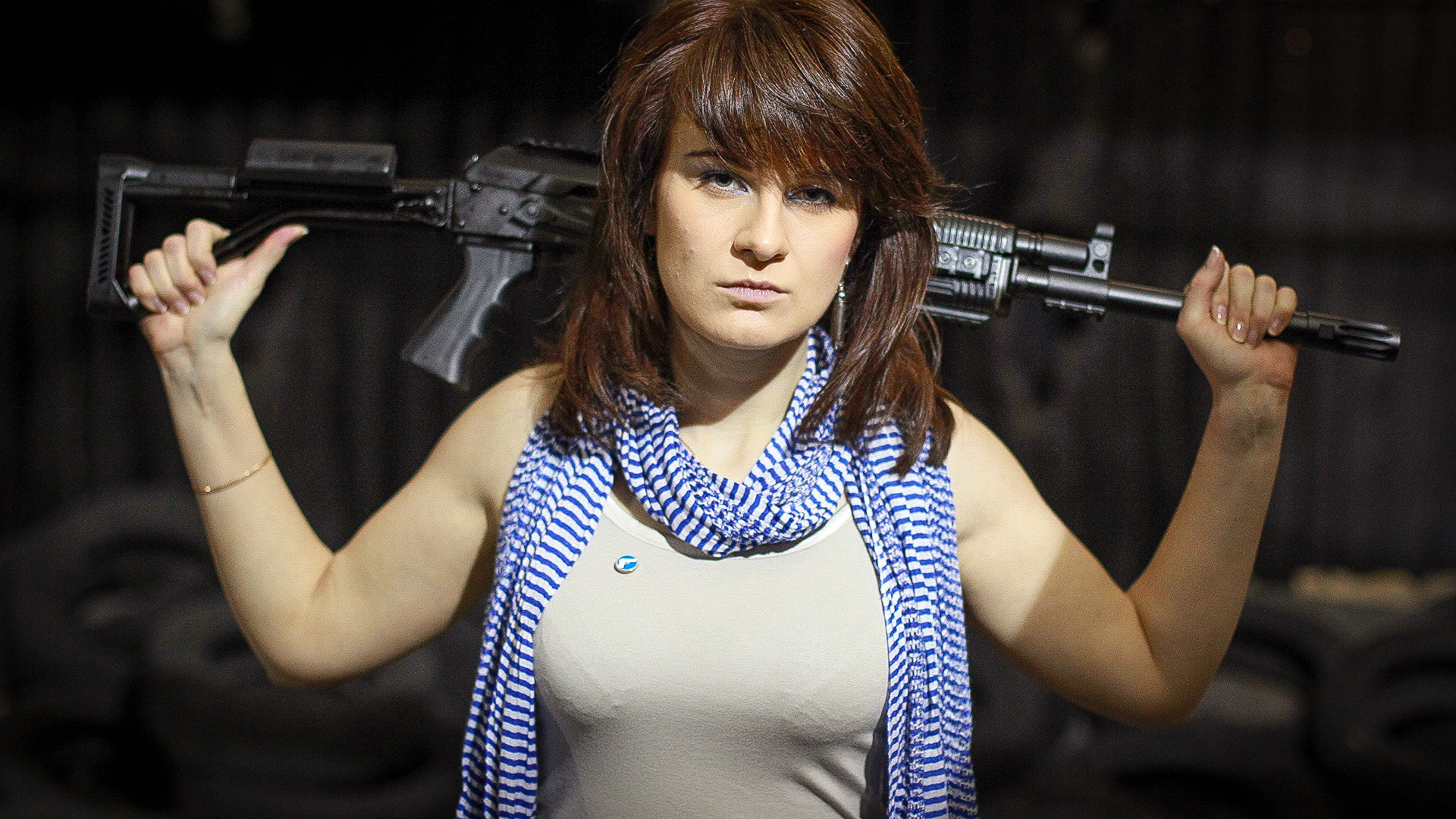 AP
She managed to secure the support of influential politicians but failed to win over ordinary members of the public in Russia, and has found herself in jail in the U.S.

On July 15, 2018, police in Washington D.C. arrested a 29-year-old female student from Russia on charges of infiltrating U.S. organizations in order to promote Russian interests. Soon, the whole world knew the name of Maria Butina.

Today, she was sentenced to 18 months in prison for conspiring to act as an unregistered Russian agent. She will be credited for the nine months that she already served. 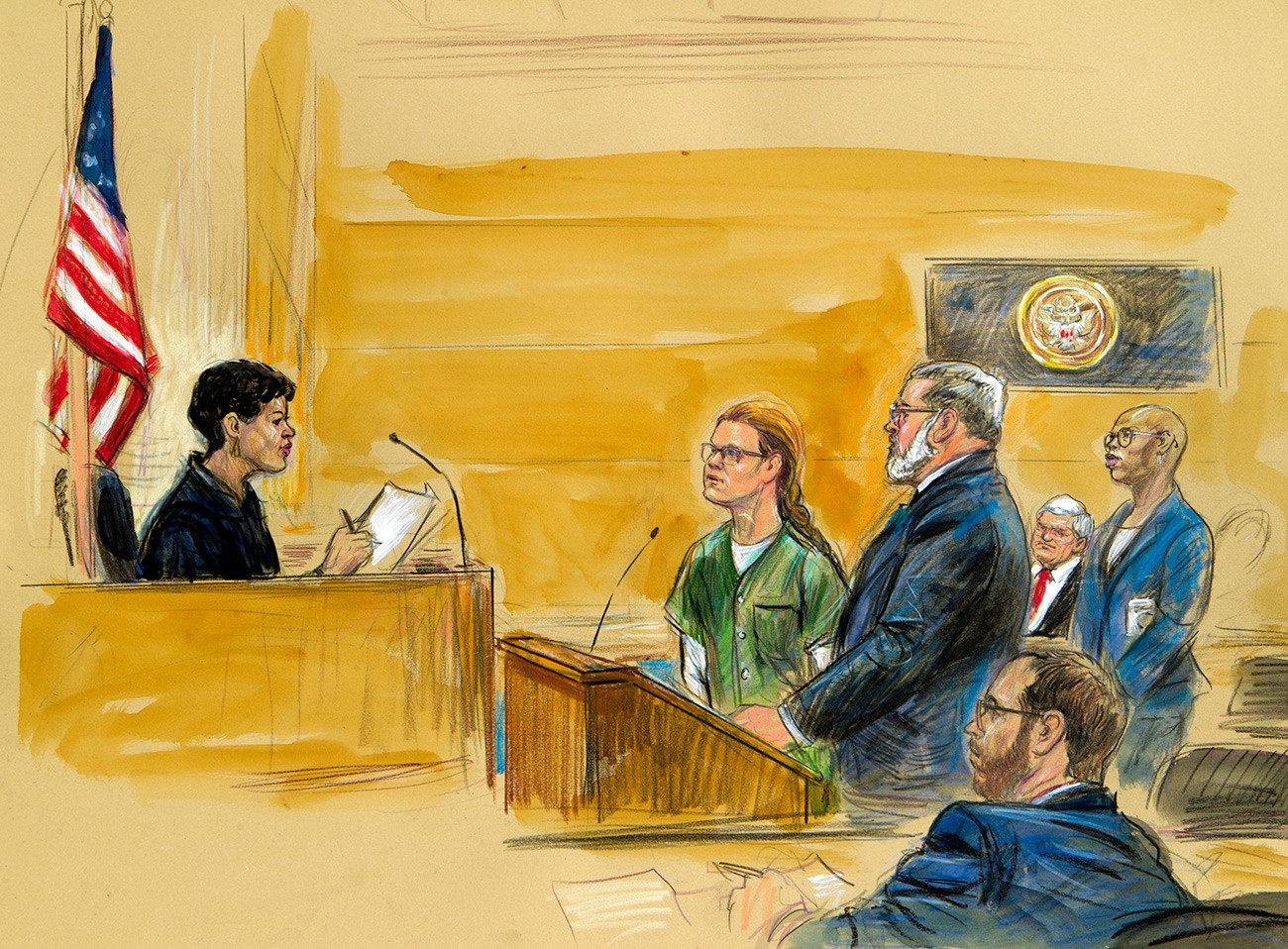 The story of her meteoric rise and dramatic fall began very far from Washington, in a provincial Russian university nearly 3,000 km from Moscow.

Origins of the Russian NRA

When students at the Altay State University in Barnaul decided to practice their public speaking and debating skills, no one could have imagined that just a couple of years later their debating society of five people would grow into a full-fledged national movement promoting Russians' right to keep and bear firearms - the Russian equivalent of the National Rifle Association (NRA).

"We were united by a common interest. We organized debates. Some of our professors had been on exchange programs in the U.S., and those guys learned a lot from American ideas. The Barnaul group lived and breathed classic libertarian values: market economy, private property, and gun rights," says one of the members of the debating club, Ivan Zorkin.

Very soon, the other topics were pushed to the background as the imagination of the members of the informal student club was captured by the right to bear arms. Butina was the driving force behind the club. 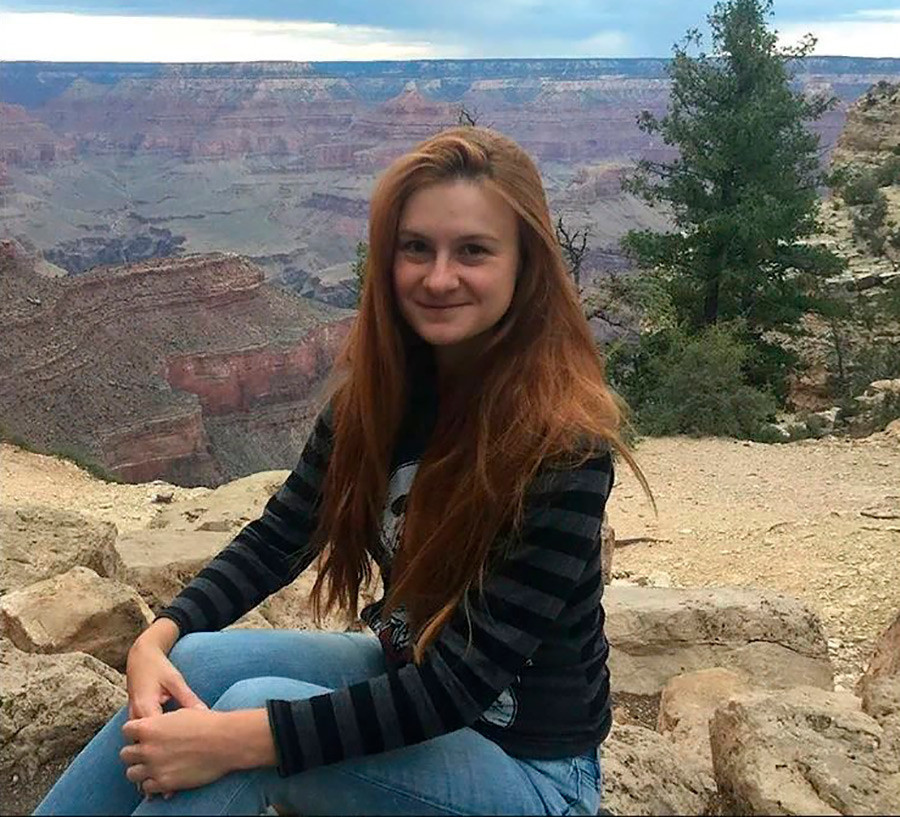 Even then she showed political ambitions, Maria's acquaintances recall. In 2010, Butina took part in primaries organized by United Russia Young Guard (the ruling party's youth association). She built her campaign on Russians' right to bear arms.

In 2011, Barnaul received a delegation from United Russia's Moscow headquarters, and Butina was spotted by members of the party's leaders.

"They liked our manifesto," Zorkin recalls Butina saying. He had been helping with organizing her primaries campaign. "Maria was invited to Moscow."

Soon after that, Butina, who was 23 at the time, sold her small furniture business in Barnaul, moved to Moscow and officially registered an organization called Right to Bear Arms.

At first, Butina found life in Moscow a struggle. With the money raised from the sale of her business, she rented an office near the Savelovsky railway station and started lobbying for gun rights in Russia.

"[It turned out that] people had no idea that arms were legal [in Russia]," GQ magazine quotes Butina as saying.

Faced with challenging conditions, Butina was doing everything to secure the support of influential players.

"Masha brought together tough guys and pushed them into action. Many issues were easier for her to resolve because she was a woman. Serious grown-up men were intrigued to be approached on a topic like this by a young woman, who also happened to be well prepared," says Vyacheslav Vaneyev, whom members of the movement call their "informal leader” as of today. 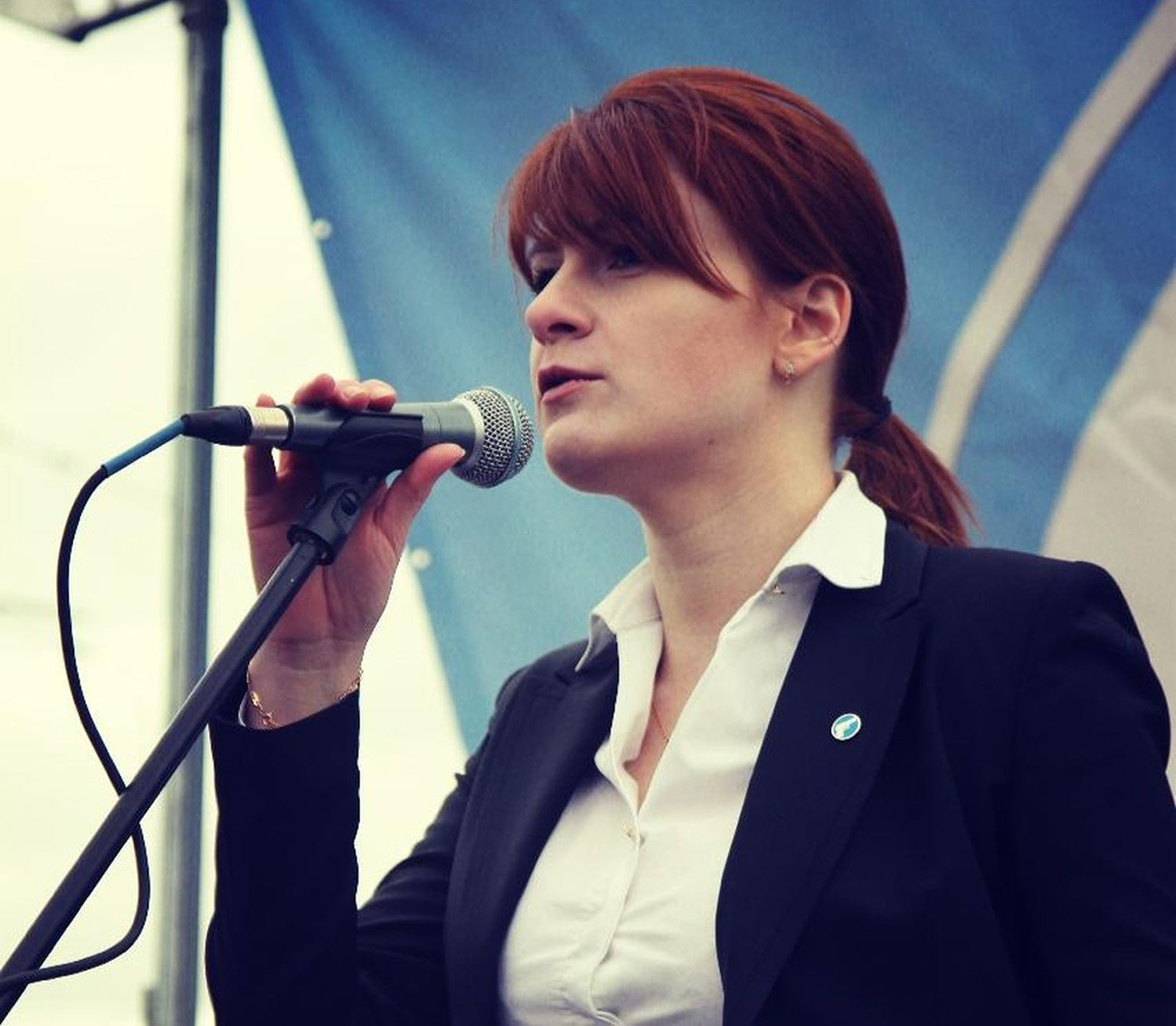 Members of the Right to Bear Arms, including Vaneyev, attribute the movement's early success to Butina and her passion for firearms. She soon realized that among Russia's influential figures were quite a few who shared her movement's ideology.

"Masha found support among many members of parliament. All factions had both opponents and supporters among them," Zorkin continues.

When the movement began to gain support in Moscow, its goals grew more ambitious. The Right to Bear Arms sought to influence aspects of the country's political life. 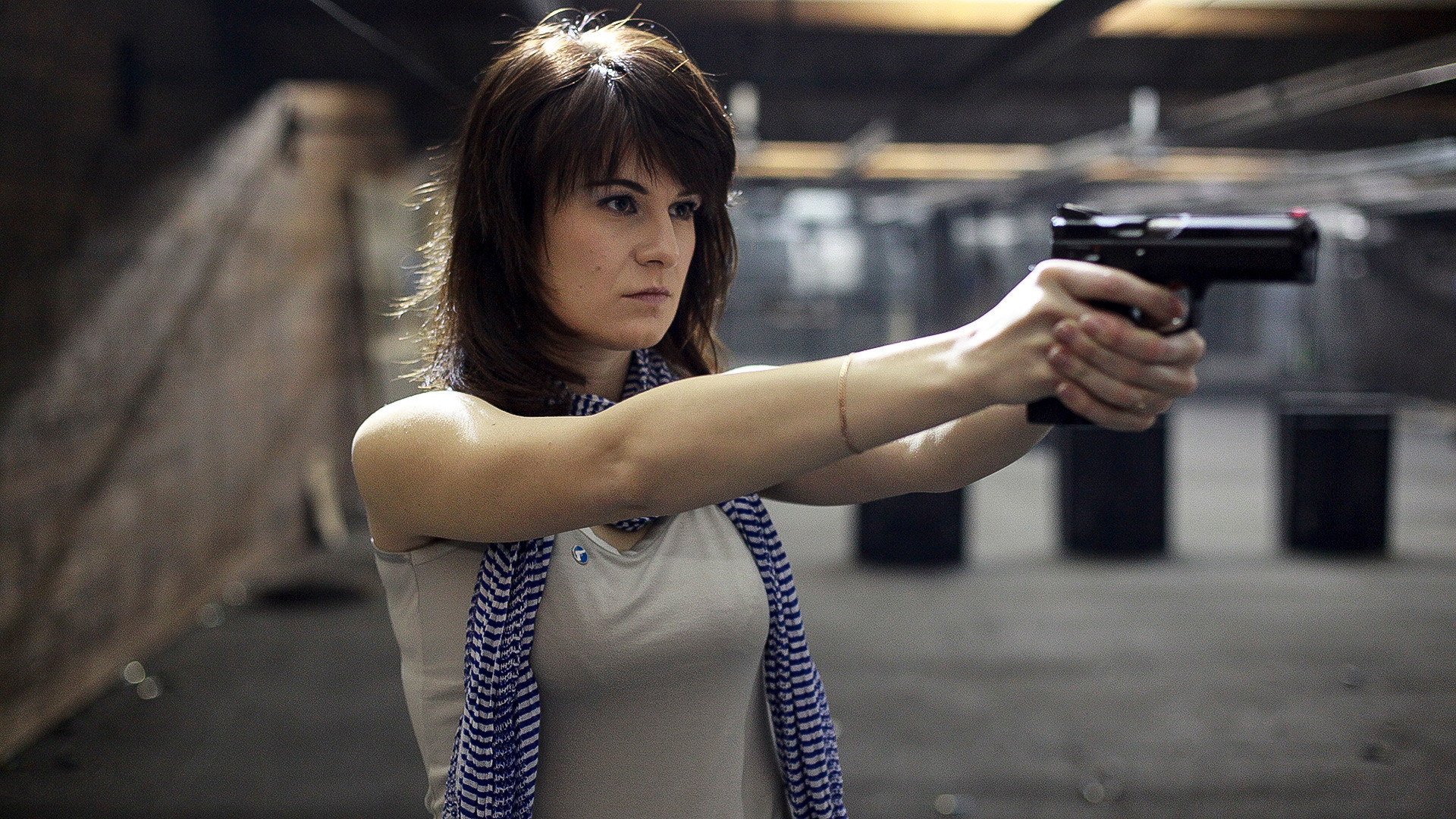 In its heyday, the movement had three main areas of work: holding rallies in support of liberalizing ownership of firearms; getting the Supreme Court to update the notion of the right to self-defense; and making guns legal for citizens of Russia.

Simply put, the movement did everything “to make it easier for an armed person to breathe on Russian soil”, says Zorkin.

Despite the support of certain influential people, the Right to Bear Arms found its main opponents among ordinary citizens.

The movement's original emblem had a Beretta pistol.

“We would be standing under that emblem and then some local toughs would approach us and start accusing us of being Americans, or of supporting Americans, or wanting things to be like in America [a reference to the problem of mass shootings in the U.S.]. What was the point of trying to explain anything to them?” Zorkin says indignantly.

Although Butina managed to find individual supporters in Moscow, the establishment of a truly popular movement proved beyond her reach. It turned out that ordinary Russians did not care much about the issue of gun control.

At its peak, the movement had from 5,000 to 9,000 members, but most were not interested in human rights or legislative work. Many just loved going to shooting ranges and spending time with like-minded people.

“We were not under any strict obligation to take an active part in [human rights or political] activities. It [was] a gathering of like-minded people, not employees and managers,” says Alexander Simontsev, a former member of the movement in Khabarovsk.

While the lack of obligations attracted weapon lovers to the ranks of the Russian NRA, many were frightened by the movement's ultimate goal. “Gun owners, who at the same time were opposed to extending [gun rights], were not interested in us,” says Zorkin.

Butina and her team needed to learn from the experience of the NRA, the most influential arms lobby in history, in order to prevent her brainchild from dying.

“Torshin was already a life member of the NRA and attended their meetings,” says Vaneyev. Butina managed to get a job as Torshin's assistant and travel with him to America to meet with NRA members.

In 2016, she moved to the U.S. on a student visa, but two years later she was under investigation. In December 2018, Butina  reached a plea deal with federal prosecutors and admitted that she had acted as a Russian agent on U.S. territory without registering with the Department of Justice. Her supporters in Russia, however, say her contact with the NRA had other goals:

“The goal of our organization was to become financially viable. The NRA was of interest to us as an organization that had achieved just that. How did they manage to do that? How could we learn from them?" says Vaneyev.

Federal investigators, however, thought differently. In July 2018, police arrested Butina, who had already enrolled at a local university and fostered significant ties with the NRA and the GOP, including starting an affair with conservative spin doctor Paul Erickson.

Today, Butina was sentenced to 18 months in prison, nine of which she has already served. 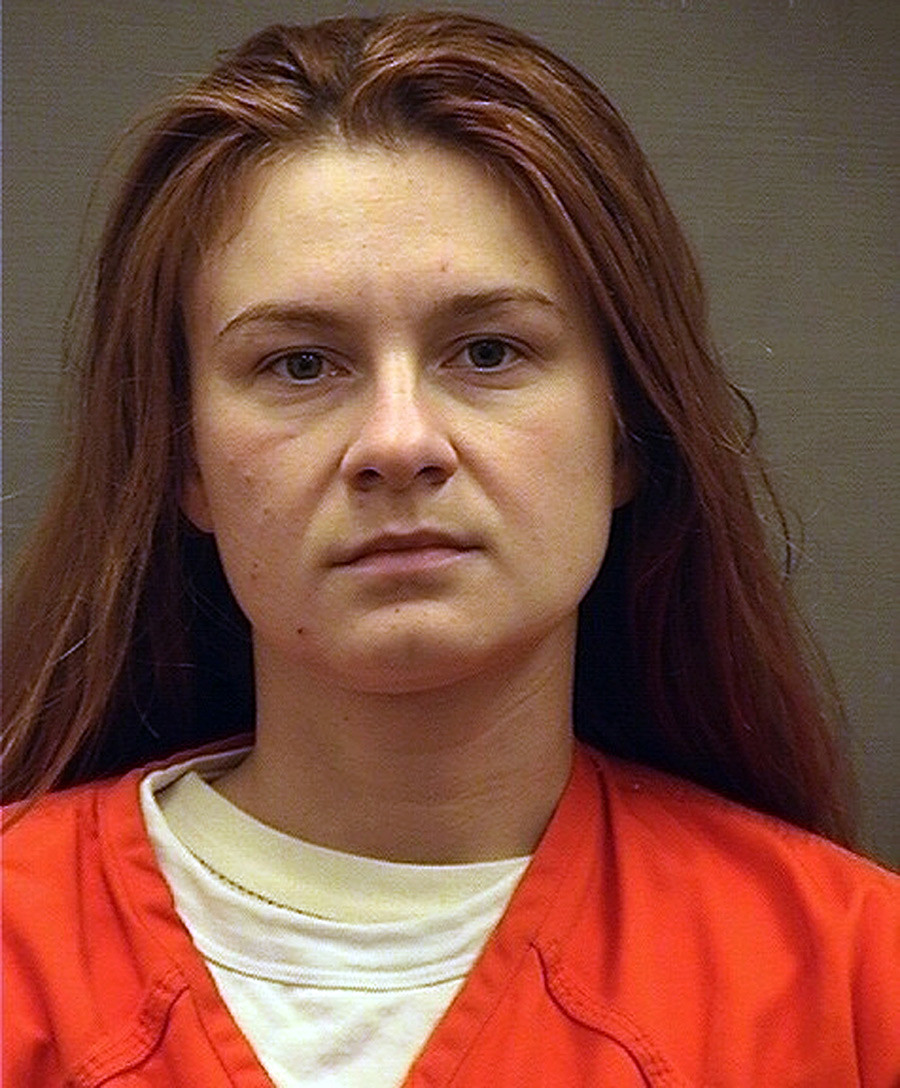 She will be deported to Russia in early 2020

After Butina’s arrest, the Right to Bear Arms movement disbanded as a legal entity, but has retained "cells" in Khabarovsk, Kazan, Perm and St. Petersburg, which, although they do not carry out any political work, remain loyal to the ideals of American libertarianism, particularly gun rights.

Maria's most loyal supporters are not bothered by the current lull. "She is somebody who did not break down. I would advise her to go into politics when she returns to Russia. With her connections and the free publicity, [she has a future in Russia]," says Vaneyev.

Click here to learn how Russians lost their own 2nd Amendment.