Science & Tech
Nikolai Litovkin
This arms trio is striking fear into terrorists in the Middle East and protecting the country’s borders.

It’s now 2019 and Russia and the U.S. are still the technological leaders of the global weapons market. Each country has its own set of trump cards up its sleeves but Russia’s big guns are seriously impressive. Here are three of them.

In late 2018, Russian President Vladimir Putin personally monitored the ballistic tests of a new intercontinental missile, the Avangard, which will come into service with the country's missile troops this year.

The Avangard marks a new phase in Russian rocket science. Unlike its predecessors and foreign counterparts, it can reach an incredibly high altitude and fly at hypersonic speeds while bypassing missile defense umbrellas. At present, no other missile in the world has the same capabilities.

The missile is 130 times more powerful the explosion that devastated Hiroshima and can travel to its target at a speed of about 24,000 km per hour.

"With the emergence of the new missile, Russia has ensured the safety of its borders for decades to come," says Dmitry Safonov, a former military analyst for the Izvestia newspaper.

The Avangard is part of Russia's nuclear triad, which is not designed to deter any potential aggressor from attacking the country. 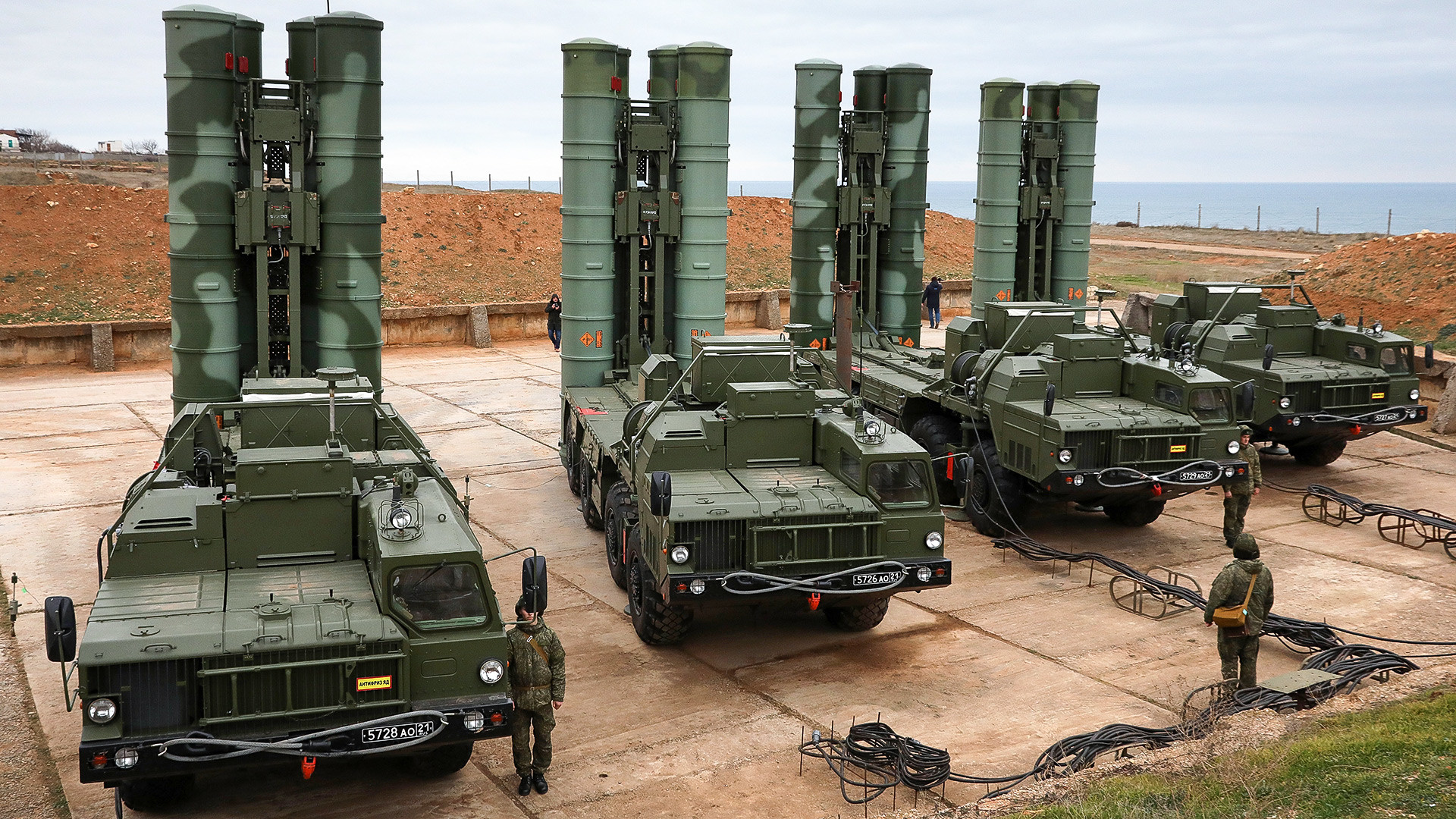 Another Russian weapon which enjoys global superiority is the S-400 Triumph air defense system (known as the Growler to NATO).

It can detect air targets within a radius of up to 600 km and shoot them down at a range of 400 km. Be it fast-maneuvering cruise missiles or intercontinental ballistic nuclear missiles hurtling earth, the S-400 will detect and take them out.

Its key difference from its main competitor, the American MIM-104 Patriot, is its ability to see and shoot down targets from all directions. The American system can scan the skies only in a preset direction at 180 degrees.

Furthermore, Patriot launchers take as long as 30 minutes to deploy. In that time, missiles will hit their targets and the battle will be lost.

The Patriot has a range of 180 km, half that of the Russian system (400 km). This plays a significant role in countering not only but also fighters and bombers – the latter no chance of dropping their munitions inside the engagement distance when confronted by the S-400.

These are the factors that even prompted a member of NATO to opt for the Russian system, despite the threat of economic sanctions. 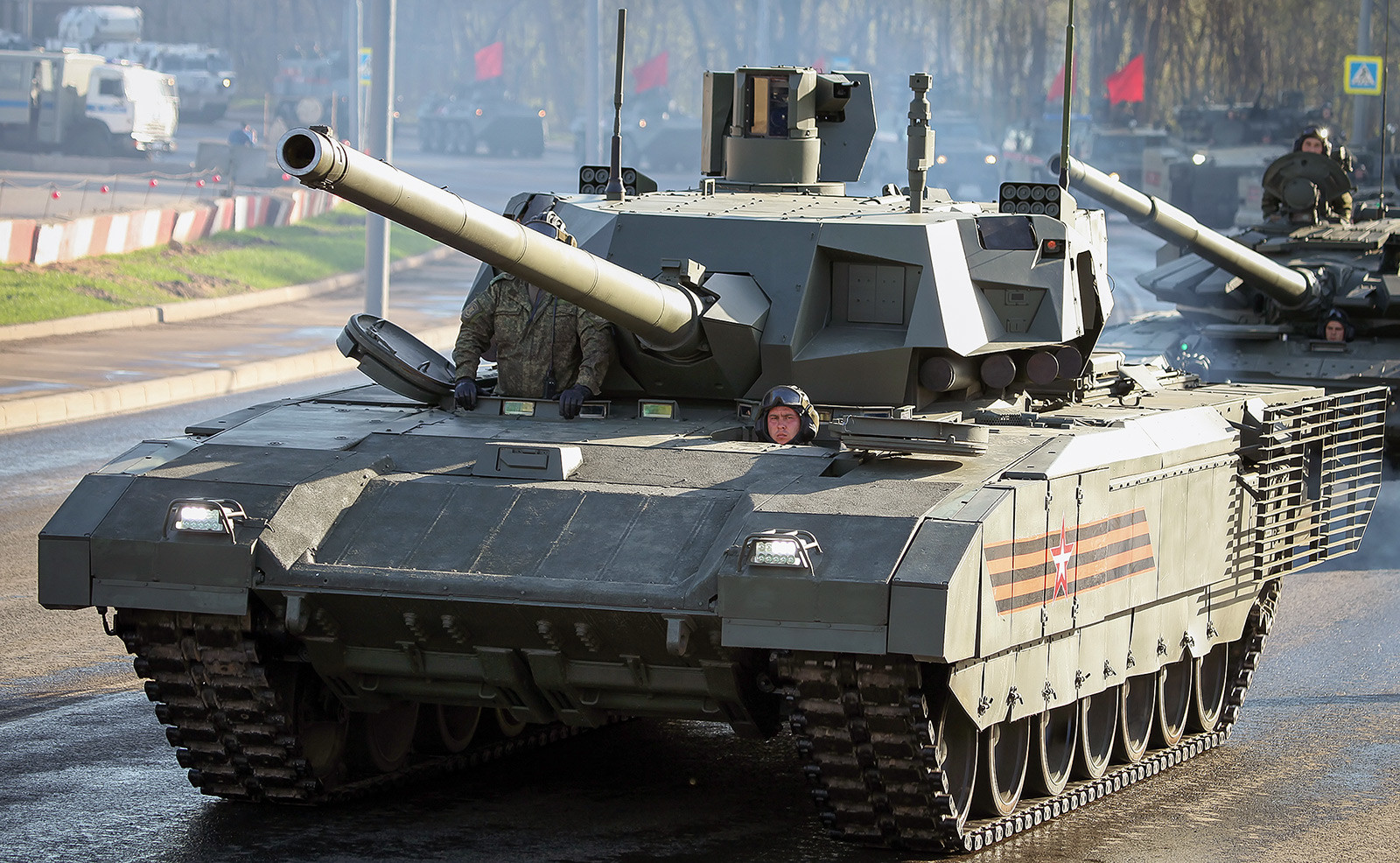 on the Armata platform and, in particular, the T-14 tank marks a milestone in the development of heavy-armored technology of the 21st century.

The T-14 is the world’s first third-generation tank. It is equipped with a 125-mm 2A82 smoothbore gun (with an option to install a  152-mm 2A83 gun) with a fully digital remote control. This is the only tank in the world with an unmanned turret – the entire crew is based in an isolated armored capsule with frontal armor, from where they have full control of the vehicle and all its systems. This technological solution allows the crew to survive even when the turret gets a direct hit or the ammunition catches fire.

Furthermore, the tank's armor can withstand shelling by anti-tank shells and missiles.

Regarding its armor, the T-14 has a new active protection system called , which is capable of both physically destroying targets and disabling them. It has four antennas that "capture" the enemy projectile on approach and knock it off its flight path with the help of lasers, radars, and a smoke screen.

Should the projectile escape the radars and lasers, the Malakhit dynamic shield comes into play, which hits missiles as they approach the tank.

"The Armata's closest American rival is the Abrams tank. It has good dynamic protection, but it doesn’t have an armored capsule for the crew. That’s why in the event of a direct hit by an armor-piercing projectile, the crew's chances of survival are slimmer," Safonov says.

Another significant difference between the two tanks, he continues, lies in their guns and their rate of fire.

"The T-14 tank is capable of firing up to ten rounds per minute, hitting targets at a range of up to 7 km. Whereas the Abrams has a rate of fire of just three rounds at a range of 4,600 meters. In a fight with militants in the Middle East, these two kilometers can make all the difference," Safonov concludes.