Why are wildfires raging in Siberia?

Lifestyle
Russia Beyond
Valery Melnikov/Sputnik
At first, the authorities decided not to put them out… because tackling a fire that covers millions of hectares of forest is very expensive.

A wave of forest fires has swept across Siberia and the Russian Far East. The fire has spread over a vast area of more than 30,000 square kilometers, and smoke has enveloped many large cities in central Russia. In the meantime, the public and the authorities are debating the pros and cons of putting out naturally occurring wildfires.

In this part of Russia, forest fires are a common occurrence. The causes are always different: the lack of precipitation, dry thunderstorms, high temperature, the human factor, a fire spreading from another region, etc.

But they all have one thing in common: fires usually spread over thousands of square kilometers and are often left to burn themselves out.

Authorities in some regions believe that putting out fires that do not pose a threat to people is a “meaningless” task. The thing is that often fires are miles away from villages and towns and it is very costly and difficult to transport firefighters and their equipment to those areas. 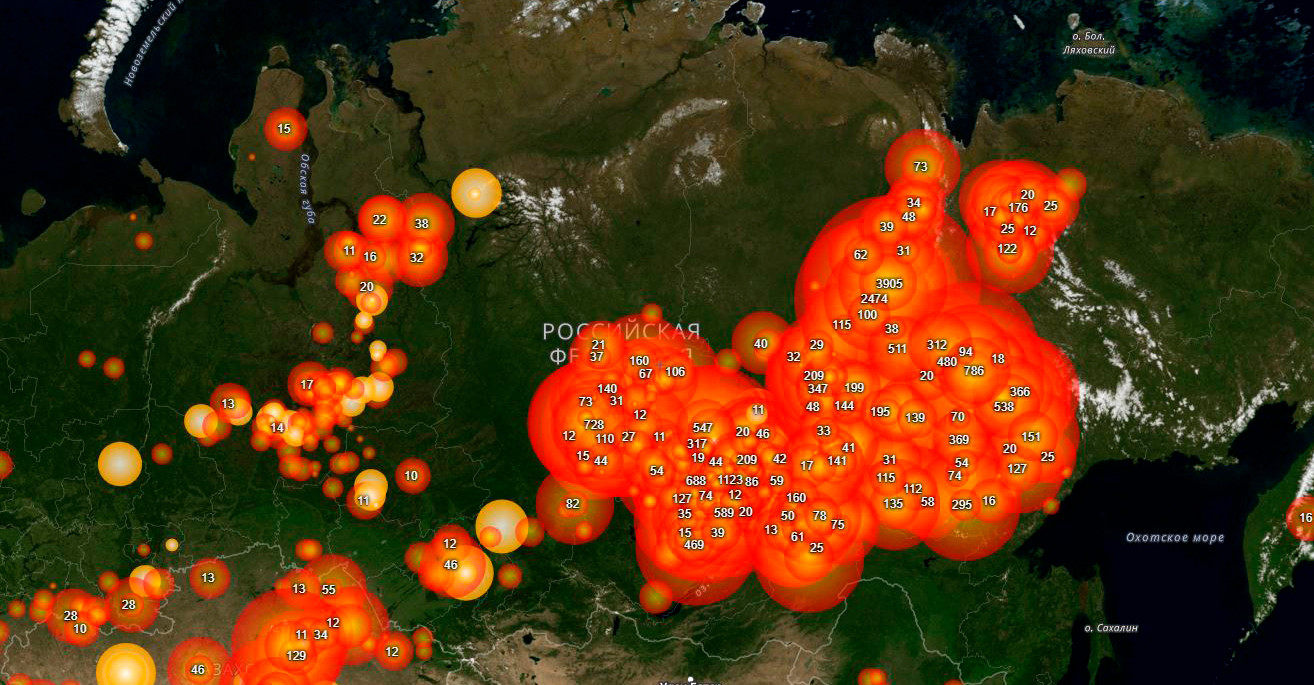 “We have a huge country with not very high population density. Many parts of it are virtually inaccessible,” Current Time quoted head of Greenpeace Russia's fire department, Grigory Kuksin, as saying. He explained that fire monitoring from space was divided into two levels, with fires that fall under level two being detected but not extinguished, because they cannot be reached by plane or helicopter. Kuksin said: “They are too far to be put out, and too expensive. The regions have been given the right not to put out these fires because it is economically inexpedient. The decision to introduce these different control zones was driven by the lack of funds."

#Regram #RG @guardian: The Arctic Circle is suffering from an unprecedented number of wildfires in the latest sign of a climate crisis. Huge blazes in Greenland, Siberia and Alaska are producing plumes of smoke that can be seen from space. The World Meteorological Organisation has said these fires emitted as much CO2 in a month as the whole of Sweden does in a year.

As a result, the authorities often continue to monitor fires but do not try to extinguish them or prevent them from spreading. They argue that these fires do not pose a direct threat to population centers. However, not everyone is happy with this reasoning.

Residents of several regions have complained of smoke and a burning smell in the air. Smoke has engulfed Western Siberia, the Urals and the Volga region. People living in large cities accuse the regional authorities of inaction.

“Because forest fires are raging over a huge area, and the authorities are doing nothing, and the media – as always – are silent, most of the settlements are engulfed in smog and there a burning smell in the air. People in Irkutsk are wearing masks,” Maria Buslova posted on Instagram.

"In this picture, the sun is shining but you practically cannot see it. For more than a week now, Siberia has been covered in smog. They call it 'Black Sky' regime. I decided not to take my children out for a walk today because last night I could feel smoke in my throat. I am beginning to feel scared," a resident of Kemerovo wrote.

Residents of other parts of Russia have added their voices to the outrage expressed on social media.

A petition on Change.org demanding the introduction of a fire emergency throughout Siberia has collected 830,000 signatures at the time of writing. The public outcry has forced the regional authorities to pay attention to the problem.

On 29 July, the Russian Emergencies Ministry announced that a decision had been taken to contain and extinguish the wildfires. To this end, aviation, personnel and money have been allocated, while President Putin has instructed the Defense Ministry to join in the firefighting effort.

Yet, it remains unclear whether the policy whereby wildfires that do not pose a threat to people are left to burn themselves out will remain in force or be revised.

Click here to read about 5 most devastating fires in Russian history.