OPINION: Why ‘male’ and ‘female’ professions often differ in U.S. and Russia

Lifestyle
Tim Kirby
Maksim Blinov /Sputnik
Stereotypes, although offensive to some, can really prove to be infinitely fascinating. And as a man who has lived in a few different countries, it is interesting to me how these stereotypes differ from culture to culture.

When we think about who is the stereotypical member of a given profession, then it seems that, almost universally, careers that involve fighting/danger are mostly male dominated - military, police, miners, and professions that involve children/caring are mostly female - school teachers, nurses etc. But there are some professions in Russia that are dominated by women, which are stereotypically male in the West.We’re going to take a look at some of them. 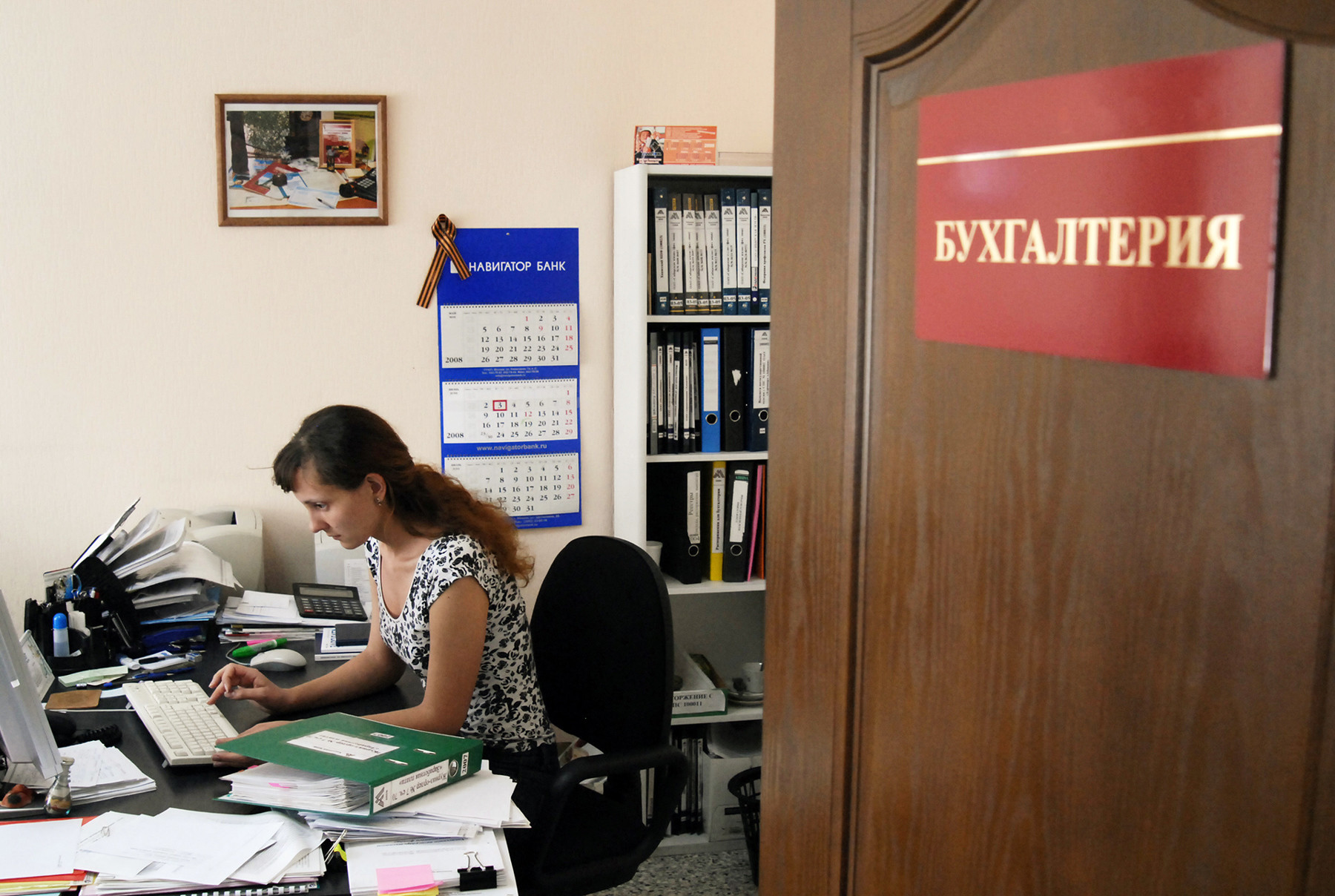 As an American my stereotype of an accountant is a small man in a small office, balding from the stress of having to try to trick the IRS into leaving his clients alone. However, in Russia the accounting department is almost always 90%+ female. In the West there was always a stereotype that “men are good at math”, however I think the Russo-Soviet stereotype that “Women work indoors at safe jobs, men work outside and at dangerous jobs” is the fundamental logic as to why there aren’t many guy accountants here. My male brain is certainly not suited for accounting - so many numbers, so much math, so much attention to every detail is needed! Although the office environment is comfortable with tea and cookies, this is some tough mental women’s work in Russia that I do not envy! 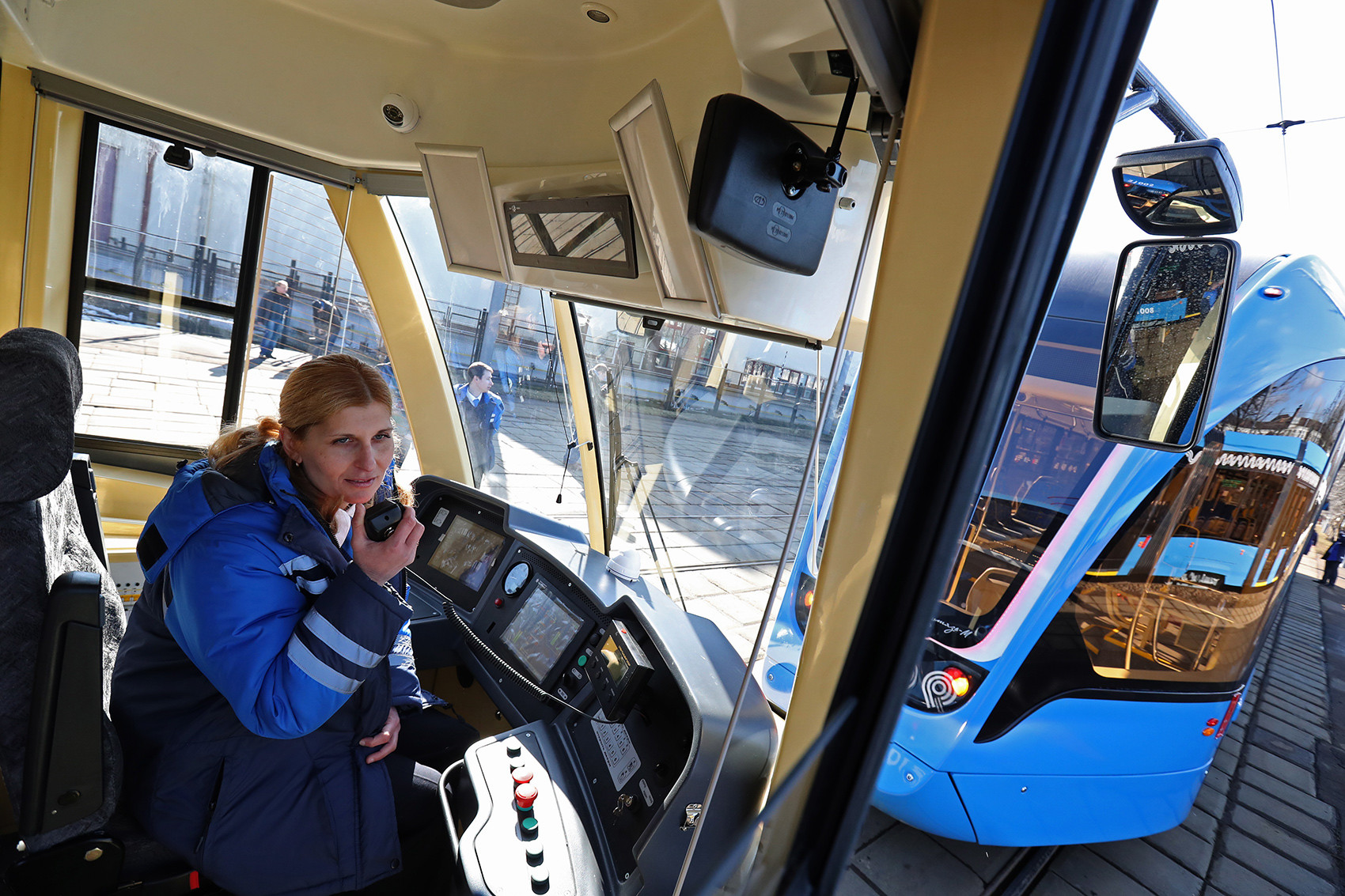 There are a few competing theories as to why tram drivers in the Soviet Union (and mostly to this day) were overwhelmingly female. On the one hand, there is the “sexist” theory that the Communist powers-that-were thought that since the trams are rolling on rails, this makes driving them super simple. This is the whole “women are bad drivers” stereotype as Communist planning policy! Also trams breakdown less often and do not require much maintenance by the driver, i.e. less brute force and technical knowledge is needed.

On the other hand there is a theory that men were given jobs driving between cities on big Kamaz trucks and busses to spare women from the danger of it. Just imagine - if you are driving a semi-truck in the 1960’s between isolated locations in Siberia in winter - if that truck breaks down and you can’t fix it. You could very well die! Roads in the USSR were very shabby or non existent, and changing a flat tire in -30C weather requires a lot of physical force, so many think that all male drivers were sent to do the dangerous driving, while women were moved to the safer more privileged positions on trams, which actually offered good salaries relative to the Soviet economy.

I have gotten the chance to drive a tram, and it is amazing, because in front of you there is nothing but glass, so you feel like you are just floating forward (not seeing the frame of the vehicle) and let me tell you one thing, these babies look slow but their zero-to-sixty kph is very impressive. 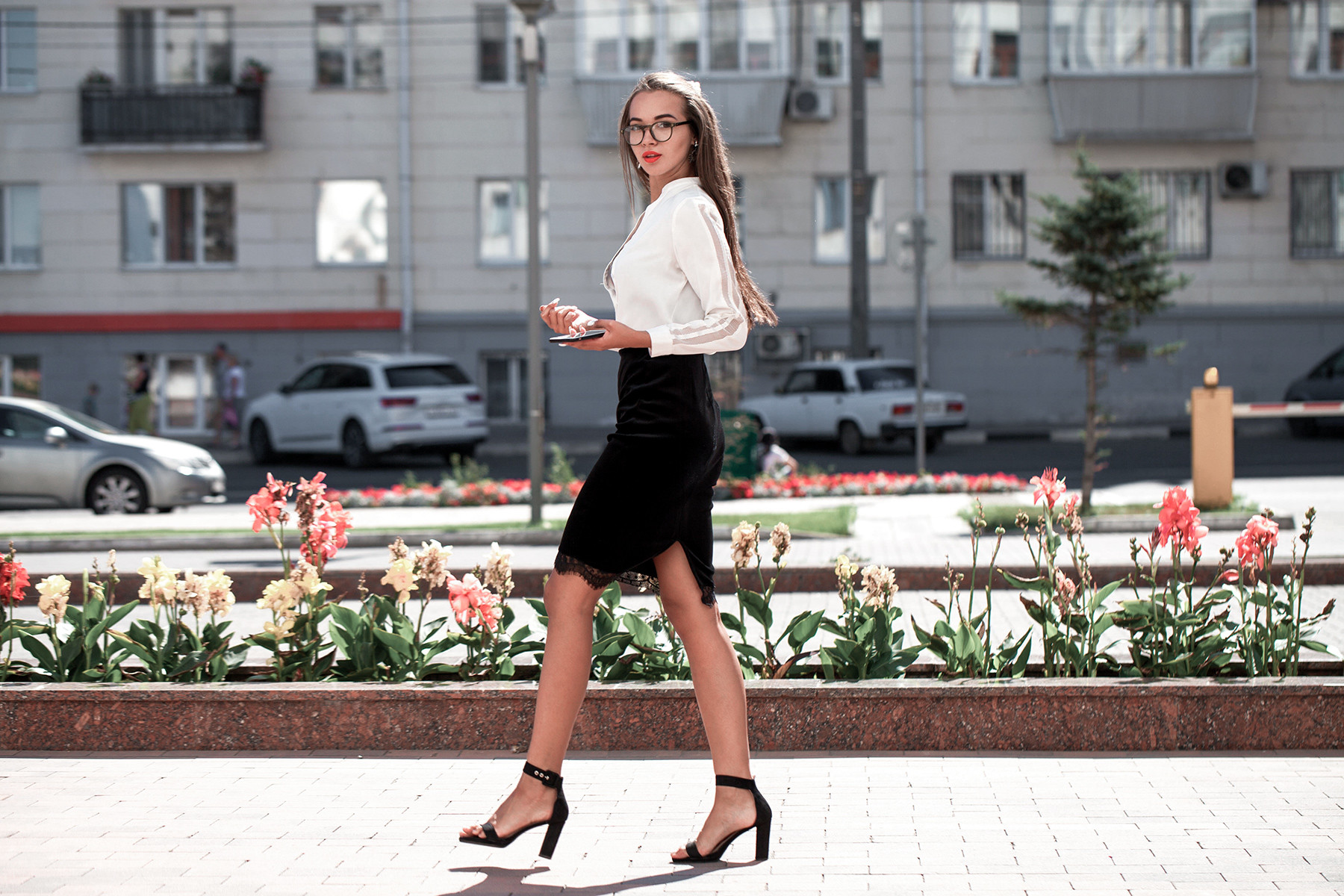 A hot shot producer in the West is probably a man living in Los Angeles making hundreds of phone calls per day. The part about the hundreds of phone calls is true in Russia too, but if you look at a room full of producers in Moscow (which I have at numerous TV channels), you will see 90+ percent female workers talking and organizing the future of Russian media. Also the room will be immaculately clean. The desk of your average producer in Moscow looks like a photo from a furniture ad, whereas mine allows you to see what the packaging from my last few lunches looks like. You could consider me a pig or that I lived the Thug Life… your call.

Women in Russia are thought to be better organized and better multitaskers than men, thus when I get a call from a producer to go on some TV show, the voice is always female, and probably should be: I am fantastic on camera, I am okay on the technical side, but let’s just say I am not much of a producer with my hardcore one-track mind. 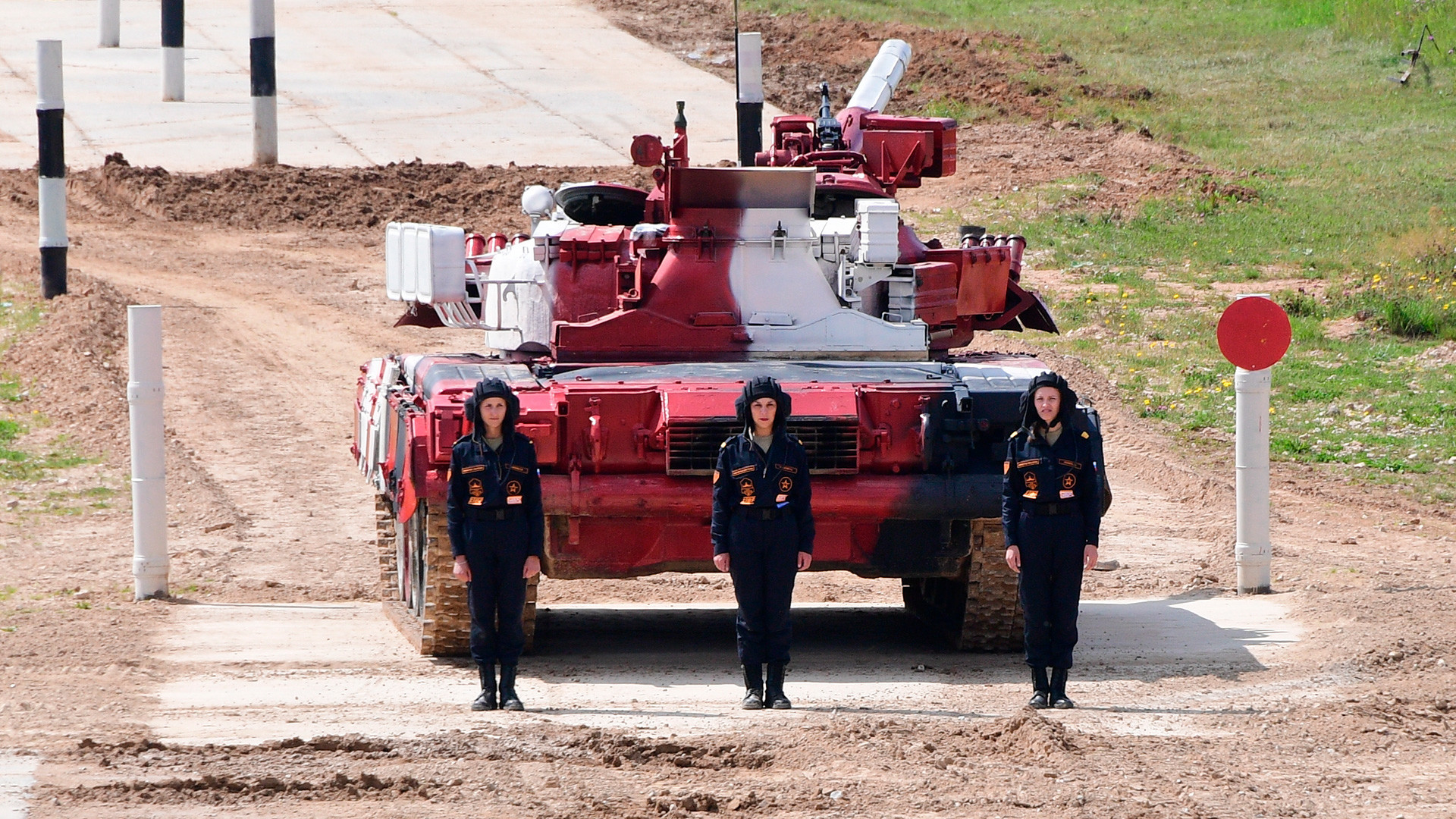 Although, obviously, the Russian military is primarily made up of men, there are three occupations where women seem to rule - Medics, Translators, Communications Specialists. In a movie about the American military, when someone screams “Medic!” you expect a man to show up. In Russia it is the opposite. The Russian military is big, and the Soviet military was 4 times bigger manpower-wise, so it is not surprising that the USSR wanted to get women involved in the military as much as possible in roles they could perform as good as or better than men, and the rest is history.

So today, if you see ranks of women marching in a Russian military parade, there is a good chance (but far from a guarantee) that they work in one of these three specific divisions of the military. 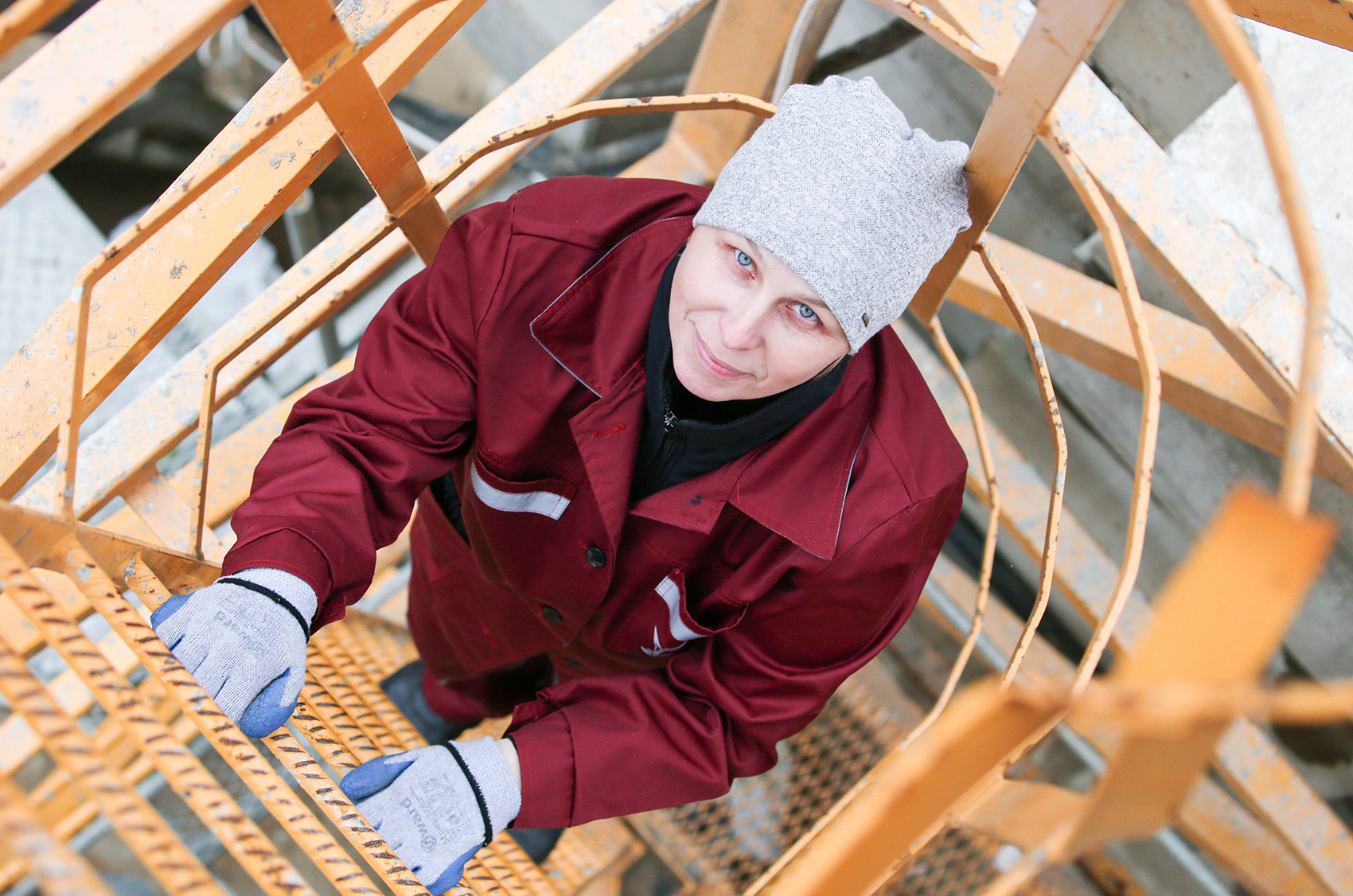 In the USA our stereotype of every aspect of construction is a male one. I used to work in construction in The States, and, well, that stereotype reflects reality. Of the people who worked with their hands, I think we had 49 men to one woman.

The same is true in Russia when they are building a new block of flats: you really only see men covered in dirt, paint and lots of scratch marks moving around the job site. However, at the very last step of construction, when (and if) they are going to drywall or wallpaper, then all of a sudden the gender dynamic flips around to a strong female majority. Doing drywall and painting can be very hard work as you constantly have to keep your arms above your head, and it takes some real effort to do it right and do it all day long every day. This is a job I could do but  am glad someone else does for me, and these ladies are definitely some tough individuals. After doing drywall for five years you’ll have arms of steel… and lifelong back problems.

So why are these professions female?

It is hard to say just what exactly goes on in a culture’s subconscious that makes it determine which professions are male and which are female. The only thing we can do is conjecture, so here are the tendencies that I think help explain why these professions that are male-dominated in the West are full of beautiful Russian ladies here…

What jobs are male-dominated and female-dominated in your country? Are things like in the West or like in Russia? I’d love to hear your thoughts in the comments!

Tim Kirby is an American who has been living and working in Russia since 2006. Tim has worked in various fields including media production, political analysis and video game development, and right now you will see him as the host of many of our YouTube videos as he travels the country to show you what Russia is really like. Tim has two Russian children of his own.