OPINION: What is Russia’s biggest weakness? 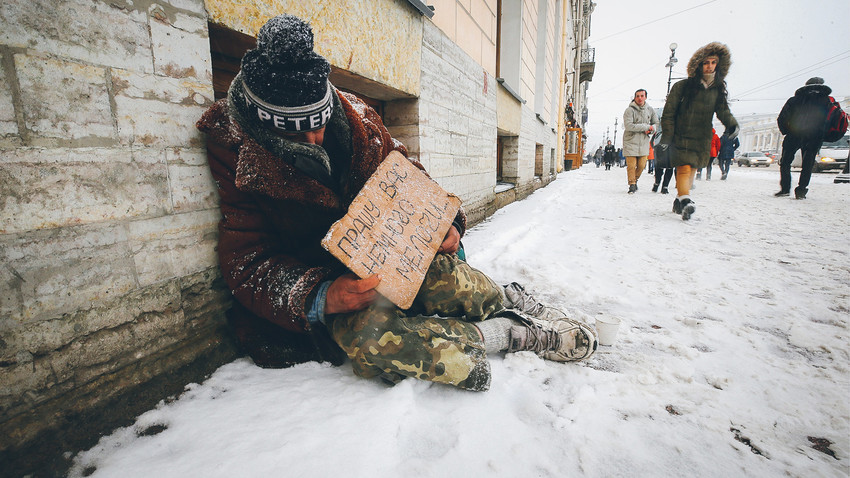 Sometimes, Russians don't trust each other and don't care about each other.

Petr Kovalev/TASS
There’s no shortage of wealth, resources and talent in the biggest country on Earth. But what is Russia’s Achilles’ heel - one preventing our society from attaining true happiness?

We don’t have any weaknesses in Russia. As a nation we are invincible and flawless, so, please close this article, comrade, and turn on some Soviet documentaries about the wonderfully golden wheat grows that in our vast fields, preferably with footage of happy children celebrating every second of their lives under the kind and wise gaze of Leonid Ilyich Brezhnev. Then, of course, wake up, and look reality in the face.

Russia suffers from a number of often systemic flaws. Economists would undoubtedly concentrate on wealth inequality and high dependence on natural resources. Political scientists would mention an over-centralized governance system, autocratic tendencies and a lack of the type of democratic freedoms one might see in Western Europe. And tourists probably would complain about the lack of English-speaking people in the regions. Sadly, it’s all true – Russia has its fair share of problems, just like any other country.

I, however, would like to shift the focus onto another weak spot that seriously bothers me – the hard-boiled combination of indifference and lack of trust. Most of us are cynical and extremely skeptical people, who don’t like each other, don't trust each other, and, frankly speaking, don’t give a rat’s ass about each other.

Skepticism and indifference as a national trait 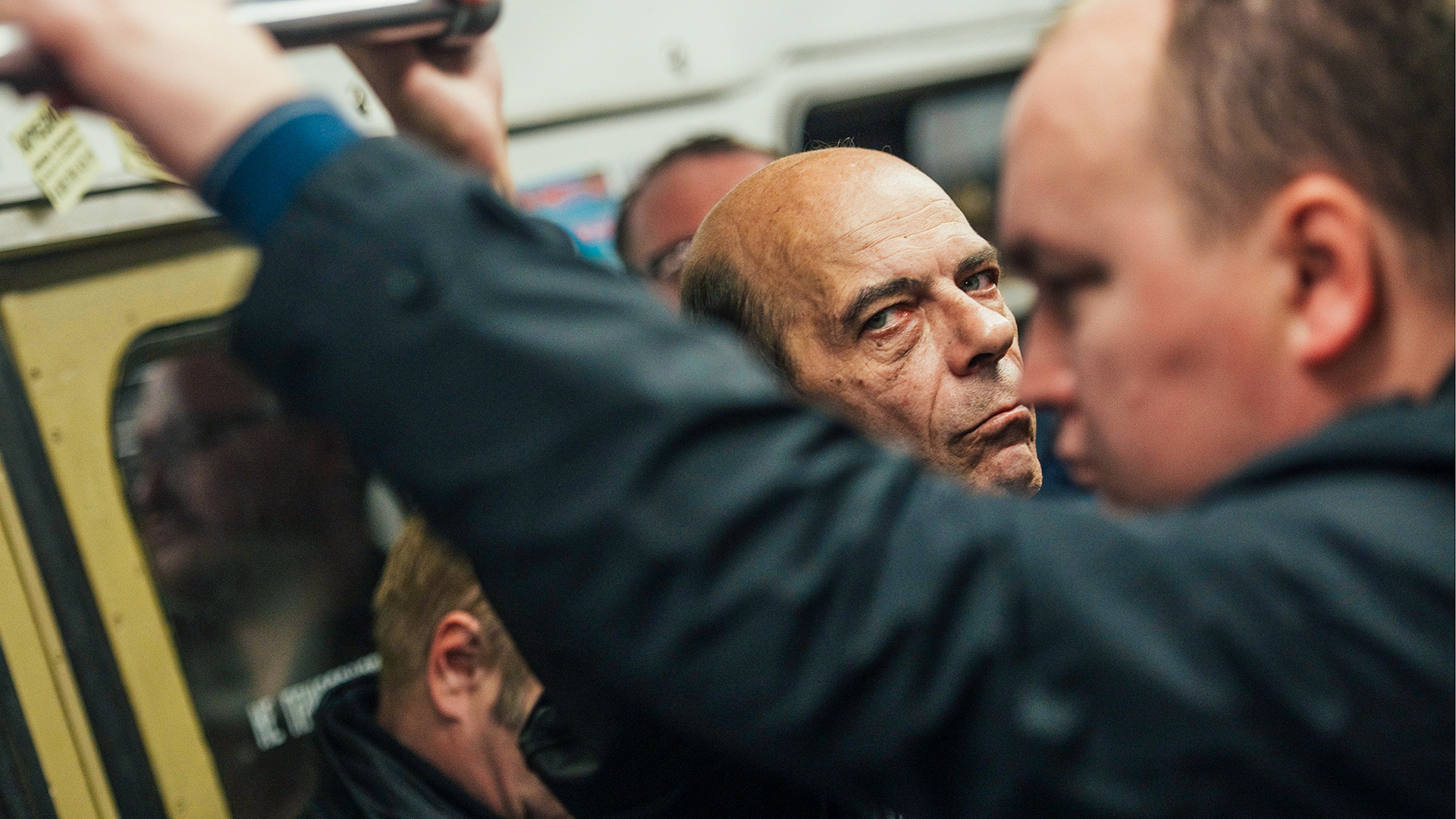 Don’t get me wrong – it doesn’t mean that we are monsters who feast on human flesh over here. We certainly care a lot about our relatives and close friends: family values, for instance, are still vital for most Russians (77 percent consider it necessary to marry and create a family, according to a 2019 poll). Like Sting used to sing – “Russians love their children too.” Indeed.

“Family, health, children – that’s the formula of happiness for our citizens,” Valery Fedorov, director of Russian Public Opinion Research Center (VTsIOM), said. And that’s completely normal – the bad news is that, in Russia, altruism usually begins and ends within that circle of close friends and family. Beyond that, it’s just “people you don’t know” who don’t matter, because why should they?

A friend of mine once mentioned in a conversation with former classmates that he had subscribed to a charity, giving around 500 rubles ($7,85) a month to some cause. This wasn’t met with enthusiasm – and not just because no one likes braggers. The common reaction was: “Hey, don’t you have your own family to support, your own problems to handle? Let the rich care about stuff like that.”

Rely only on yourself 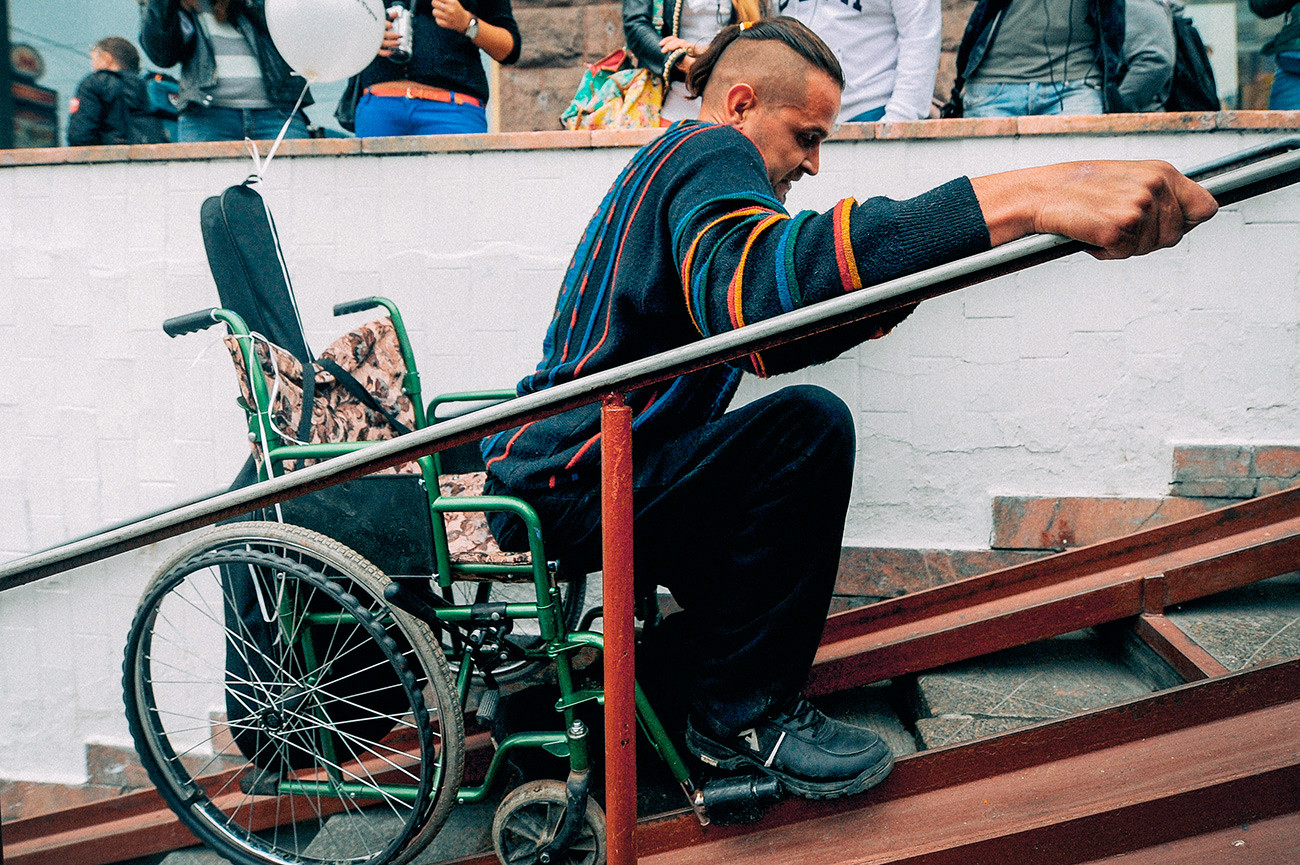 Russia isn’t a fan of charity at all – according to the 2018 CAF World Giving Index, it holds the 110th place out of 144 nations based on the number of people that help strangers, donate money to charity or volunteer their time. People here don’t seem to trust charity organizations - and not only them: another international pollster, Edelman Trust Barometer, reported in 2019 that Russians don’t trust NGOs, media and business, occupying the lowest rank on the list of 26 nations polled. And we don’t consider our government reliable either: according to a Levada Center poll, 52 percent of respondents believe that Russian officials lie about the state of affairs in Russia.

Basically, we live by the infamous rule of GULAG camps: “Don’t trust, don’t be afraid, don’t beg.” Of course, contemporary Russia is a much more pleasant place than Stalinist-era USSR – but still, we tend to rely only on ourselves. We count everyone outside the close circle of nearest and dearest (be it police, government, society, any person in the street) an indifferent agent at best, if not utterly hostile. And it’s not much fun to live in such an atmosphere. 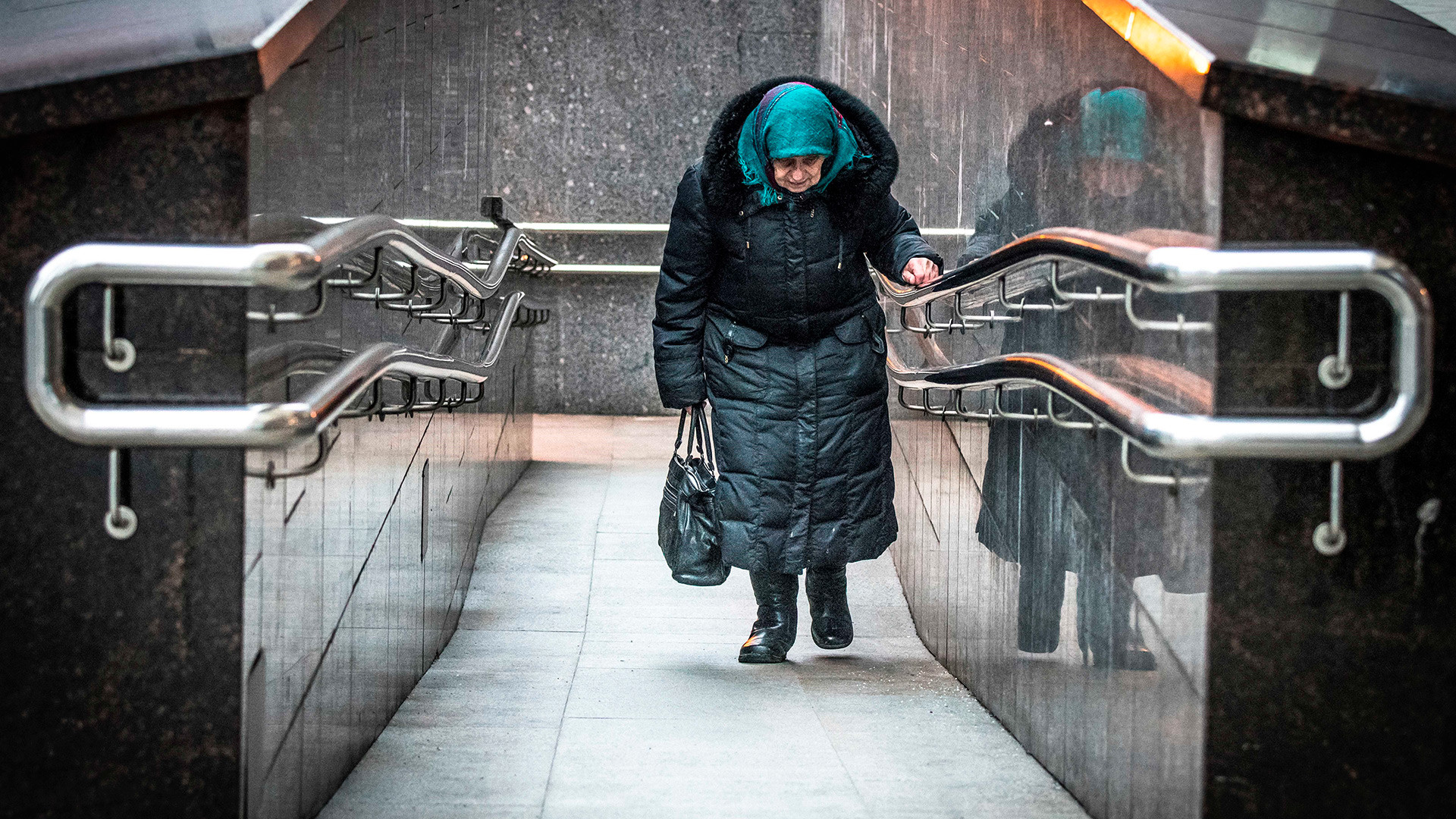 Amid such fear and mistrust even a police encounter may lead to fears of drugs being planted or money being extorted from you. And what if a stranger tries to engage you in the street?  Most likely a beggar, if not a thief. Someone tries to raise money for something? Surely it’s a scam. Such is the pattern of thinking for many Russians, including – often – myself, think.

The consequences can be outright shameful,  such as in cases where a building’s inhabitants pressure a fund that helps children with cancer to evict them from the apartment the fund rents, as the neighbors on the floor believe cancer is contagious. That’s disgraceful ethically - not to mention ridiculous medically. And it can happen in 2019 in Moscow. Just like a year ago, when one neighborhood forced out laundry for a homeless shelter, claiming they don’t want “hobos to ruin our lives”. We don’t trust you – so you deserve no mercy. 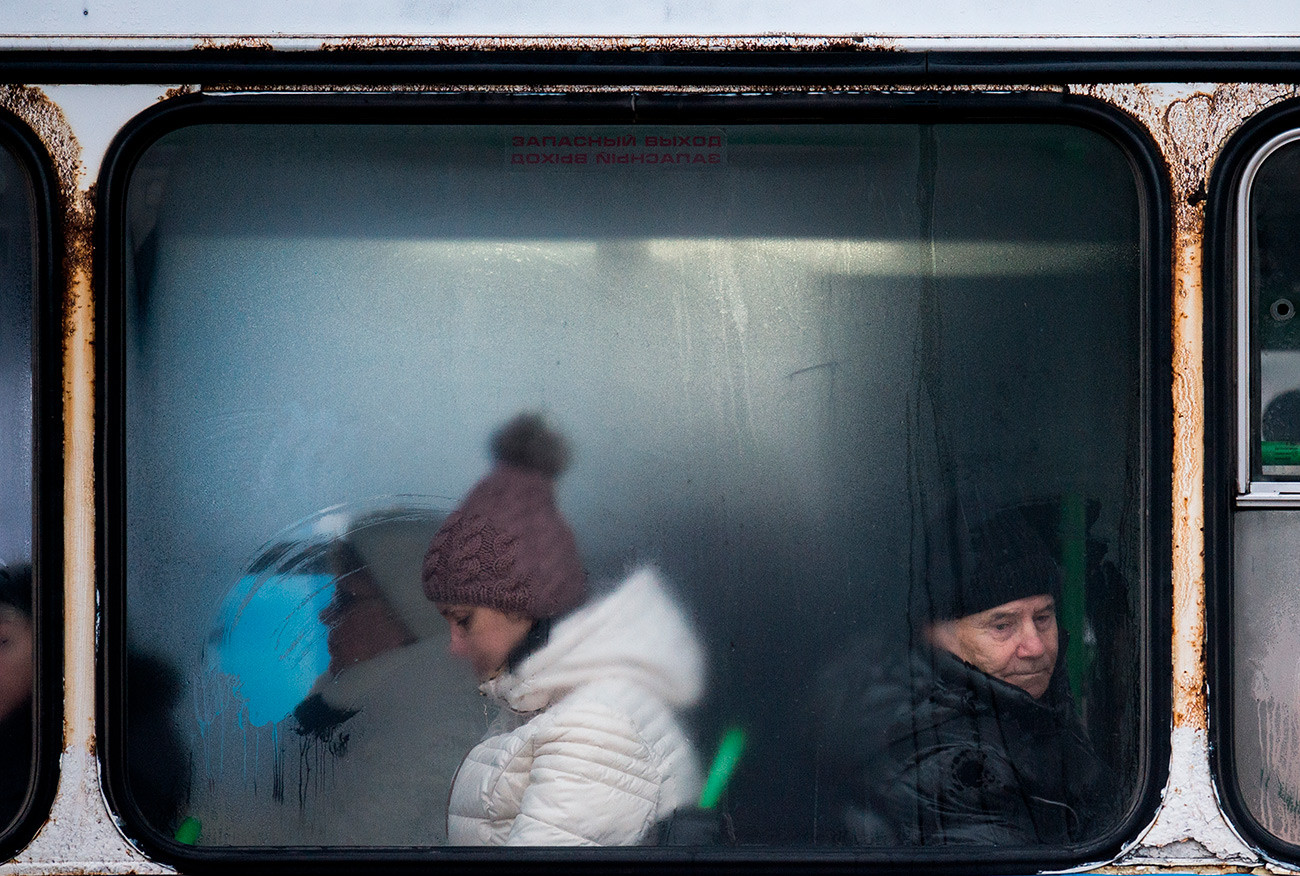 Another consequence of our lack of trust is Russia’s interest towards conspiracy theories – we like to think that some enemies from outside Russia are constantly trying to undermine our greatness, to slander us, to steal from us… basically, to do everything in order to make the lives of Russian citizens worse. “There is a strong belief in our society that Russia has a mortal enemy who can have different names… and is supported by the CIA or Pentagon,” Levada Center sociologist Alexey Levinson said in May 2018. Well, we don’t really trust our compatriots so why should we trust other countries?

This, of course, doesn’t mean that foreign meddling isn’t a real thing: you don’t need to be a conspiracy theorist to see evidence. However, many in our gigantic society can be of such simple mind as to attribute any problem faced in their day to day lives to our rivals... and, needless to say, the government isn’t always in a hurry to convince them otherwise: why redirect attention towards oneself when you can just as easily keep it trained on a foreign force?

Roots of the problem 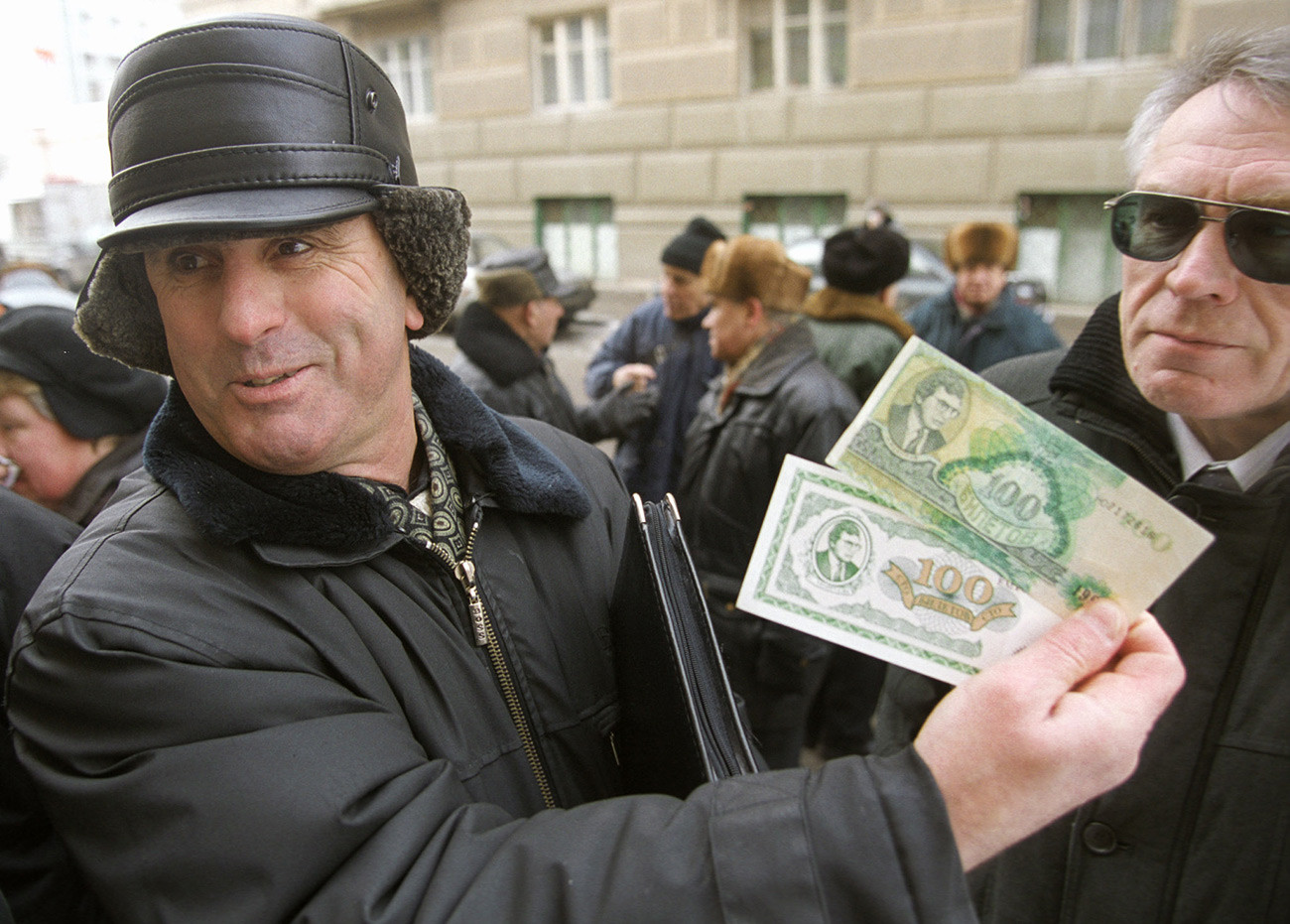 Meeting of those deceived by the MMM, one of the biggest scams of the 1990s.

How do Russians manage to be so atomized, one might ask – after 70 years of living under the rule of the Communist party? Actually, the lack of trust is one of the direct consequences of both the USSR and its collapse. On the one hand – after you have lived under a regime that basically forbids business and private initiatives and declares everything “common property” (but it’s the bureaucratic elites who enjoy wealth, not you, Mr. Ordinary Worker) - you really take everything containing the words “common needs” and “common ideals” with a grain of salt.

On the other hand, all social guarantees that existed within the Soviet system - however crooked and wrong - went out of the window during the 1990s. Back then, thousands of people got rich and prosperous – and hundreds of thousands more lost everything. “I will never trust this state again,” my grandma used to say after losing all of her savings in the default of 1998 – they just turned into paper. People screwed over by the changes of the turbulent era teach their children to be cautious and not trust anyone, and so it perpetuates. The current events also don’t contribute to trust-building: for instance, the level of trust towards the government fell once more after the state raised the age of retirement in 2018.

So here we are, fearful of strangers, mistrusting our state and the entire world at the same time, skeptical of everything, living on in our tiny besieged fortresses inside the big besieged fortress that is Russia. And while it helps to escape severe disappointments from time to time (when you expect the worst, you are never disappointed), that approach really makes us feel pessimistic, paranoid and sad.

Will this last forever? I hope not. But as a true Russian, I am pessimistic about it.