What was the best thing about living in the Soviet Union? 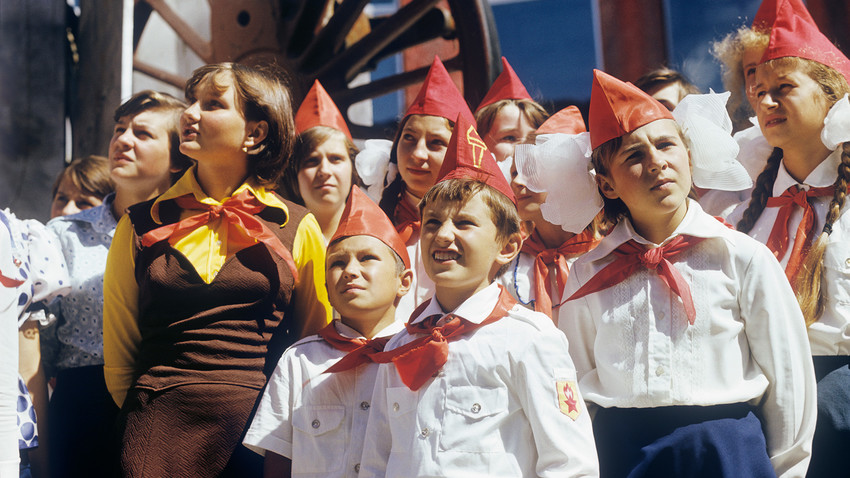 Young Pioneers, happy with their Soviet life, as they always were (at least on pictures).

Lev Sherstennikov/Sputnik
Believe it or not, but many Russians still lament the fall of the USSR – and it would be a lie to say they don’t have grounds to.

Do you regret the fall of the USSR? Well, two thirds of Russians (66%) do – that’s according to a Levada Center (a research organization)'s report from December 2018 (link in Russian). And that’s the highest number in post-Soviet history.

To better understand why the fall of the Soviet empire, almost 30 years on, is viewed by many as a disaster, we collected several opinions on what was the best thing about the USSR. Here’s what we found out. 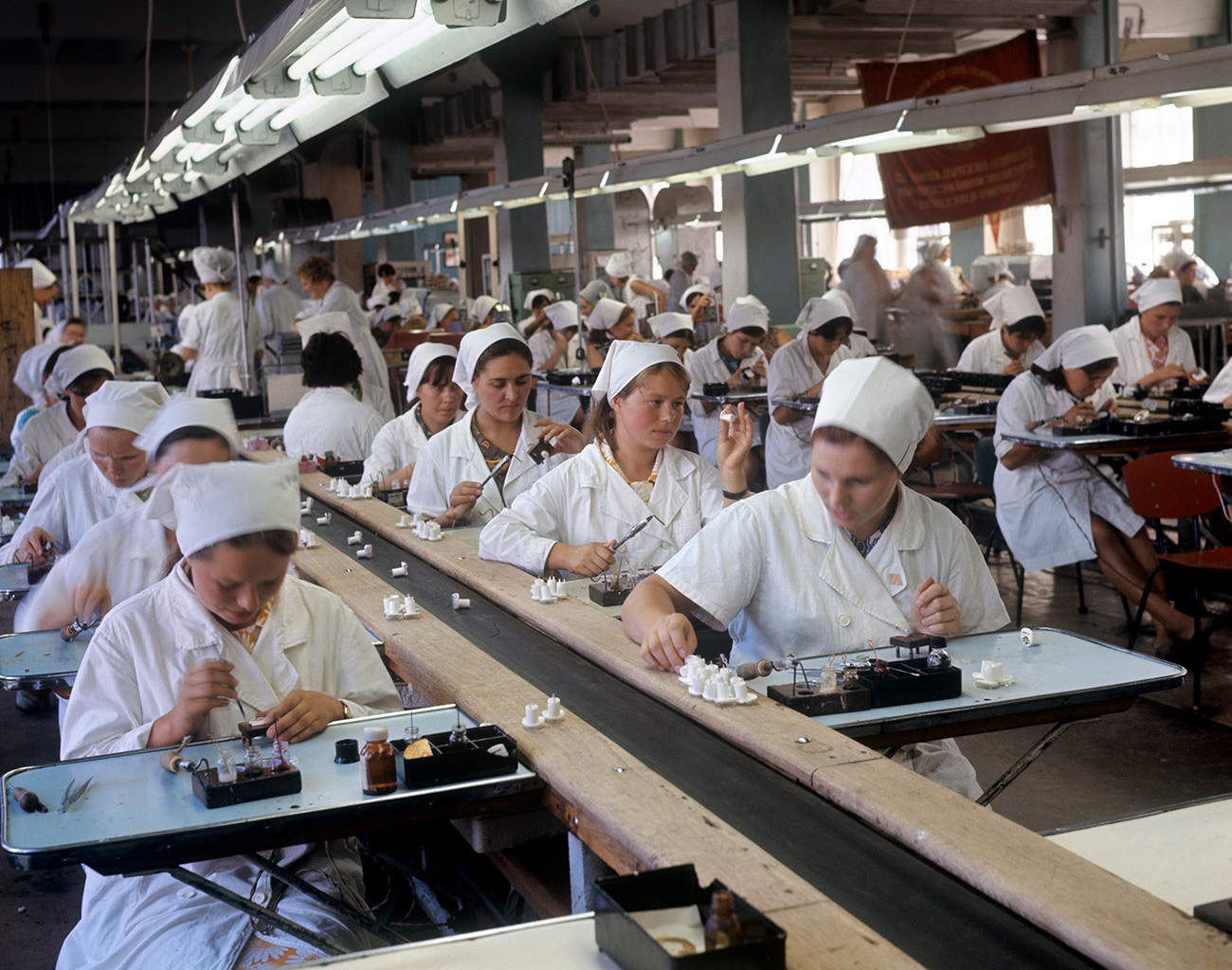 At a Soviet factory in Cheboksary.

That answer is perhaps the most popular. Soviet life could be quite boring, yet many felt that basic goods and opportunities were somewhat guaranteed for everyone for life, through the system of social services, pensions, etc. Usually, you had a job that was very hard to get fired from, a modest yet stable salary, paid trips to sanatoriums (once every few years) and so on.

“If something’s wrong with you, you won’t find yourself on the streets as a sick beggar, because you’ll be taken care of,” recalls Olga from Moscow, who used to live in the USSR. “That was a very comfortable feeling to live with. I tried it – and it was great.” 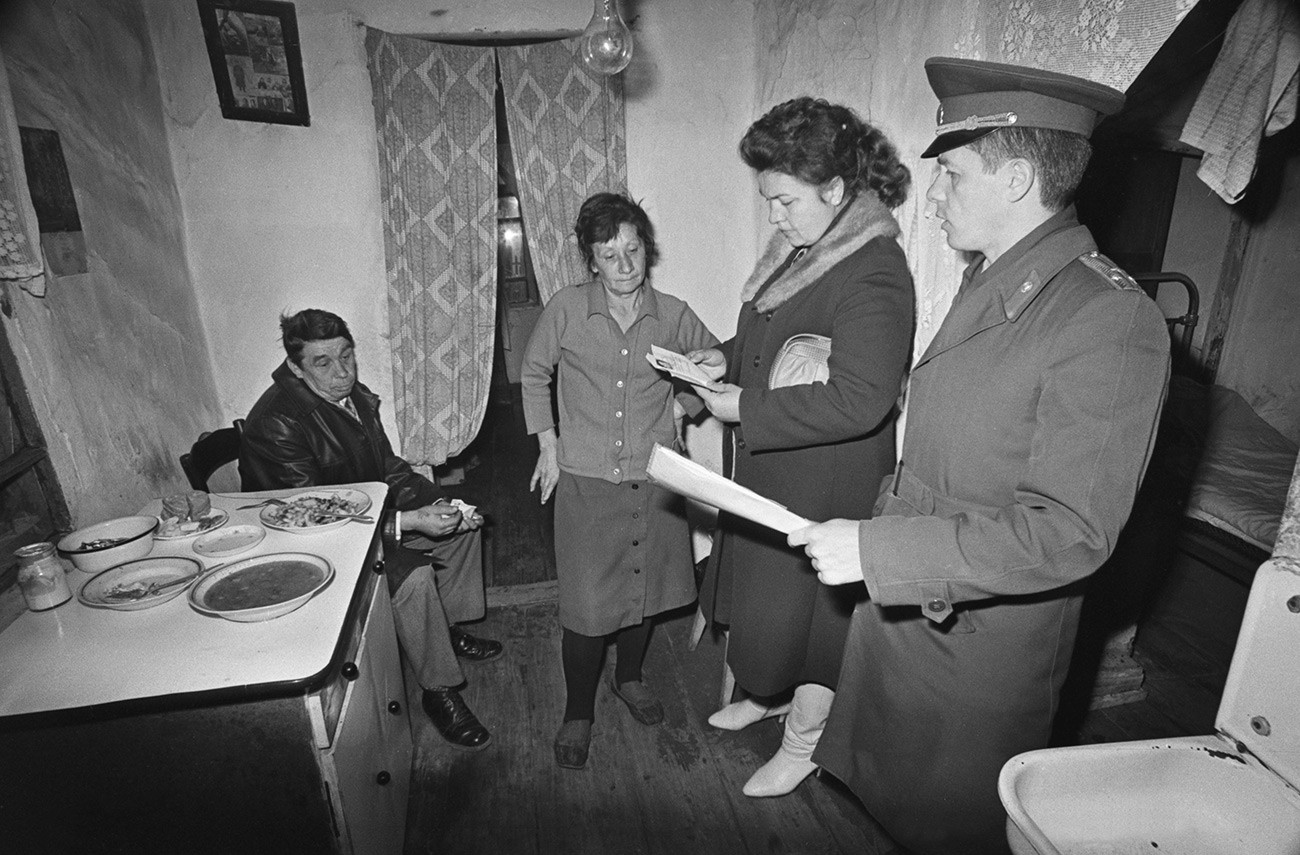 A police officer giving a warrant to a 'social parasite'.

Dark side: It doesn’t always feel great to have your whole life planned for you. In the USSR, your career opportunities, freedoms and salaries were quite limited. For instance, the state could give you a vehicle, or even an apartment, for free – yet you could wait years to get it. And breaking away from the well-planned life of a Soviet citizen was considered a literal crime – ask those criminally charged with social parasitism (it happened if you didn’t work for more than 4 months, for instance).

You were SO proud of your country 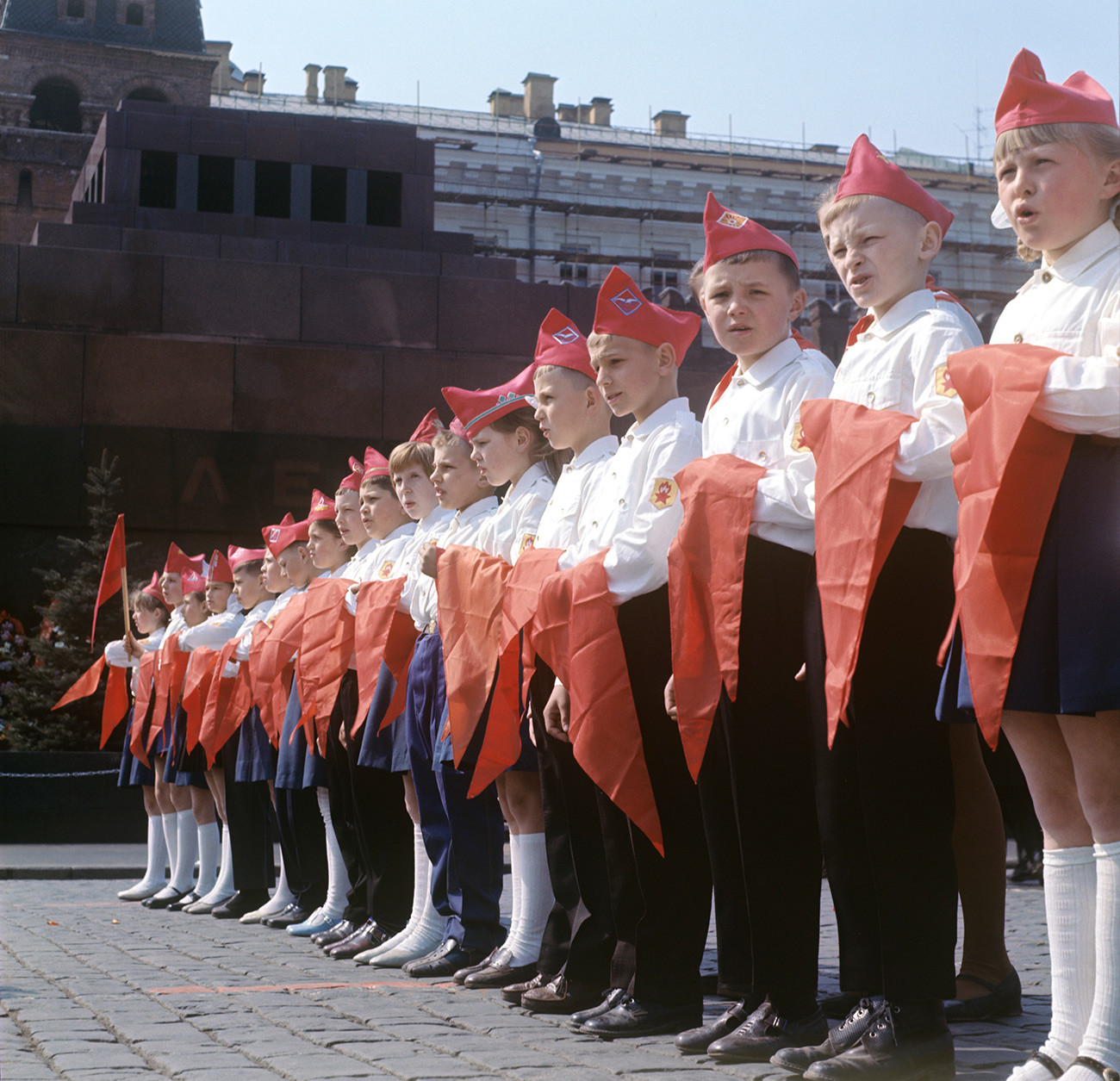 Children being recruited as Young Pioneers in the Red Square.

“When I was a little girl, a member of the Young Pioneers [a scout-like movement in the USSR], I felt really sorry for other countries, as we were sure that there was no state better than ours,” Irina, another former citizen of the USSR, remembers. No surprise – the state was really good at promoting its ideals among the youth. And those ideals weren’t all that bad, too: friendship of all nations, building a great peaceful society without class barriers, free of poverty, greed and other vices (communism, in other words).

“Moral principles of the USSR were proper… as long as we talk about declared ones, at least,” Olga agrees. “One had to work for something greater, not just for money.” 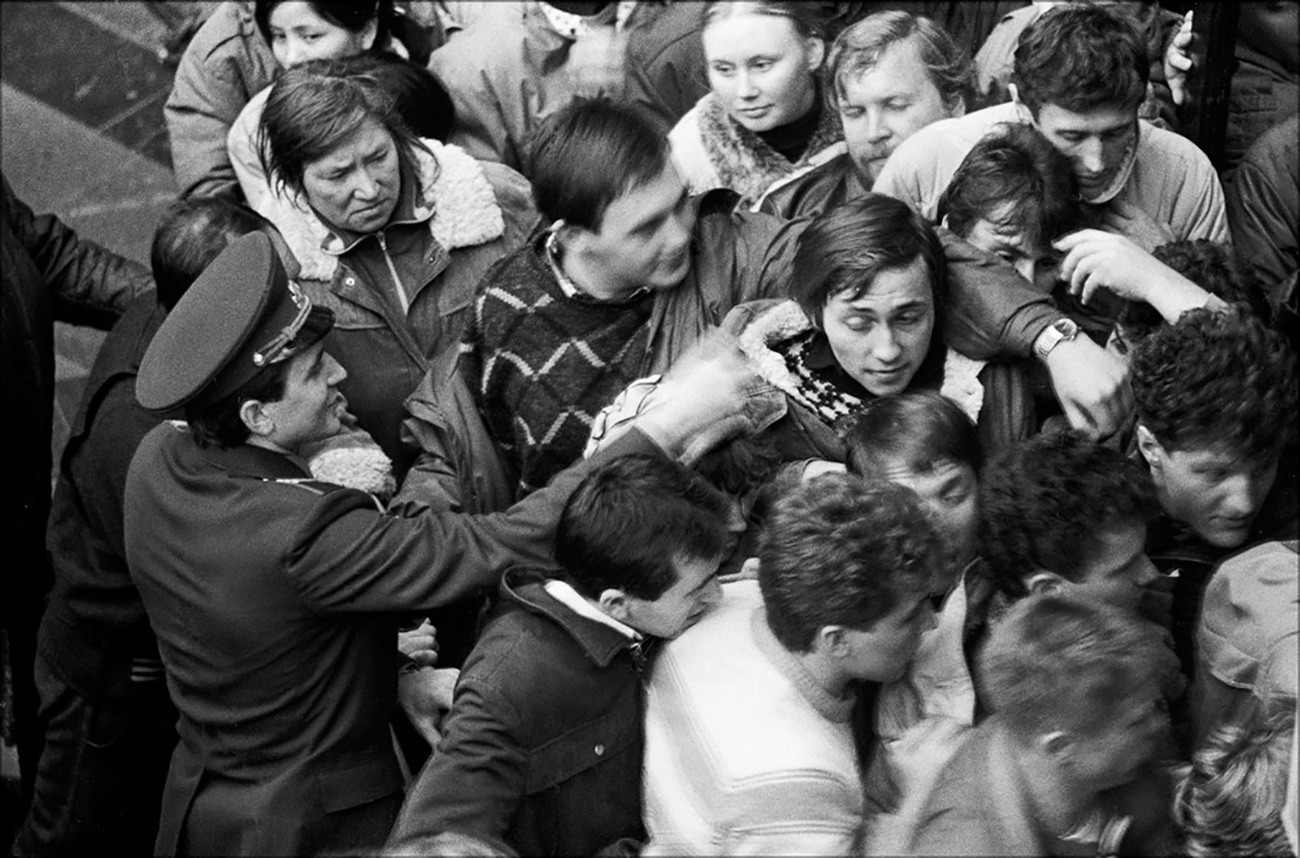 A typical line in a Soviet shop.

Dark side: As a totalitarian state, the USSR was great at establishing ideals but very bad at telling its citizens the truth (which, of course, helps with feeling proud). “Opposition of any kind was punished. Anyone who dared to speak any other opinion than the [communist] party’s one was doomed to be a pariah,” reminds geologist Yuri Kechedzhiyan. By the end of the Soviet era (the late 1980s), only children could believe that the USSR, with its collapsing economy and constant lines in shops, was the best state in the world.

Everyone was equal (more or less) 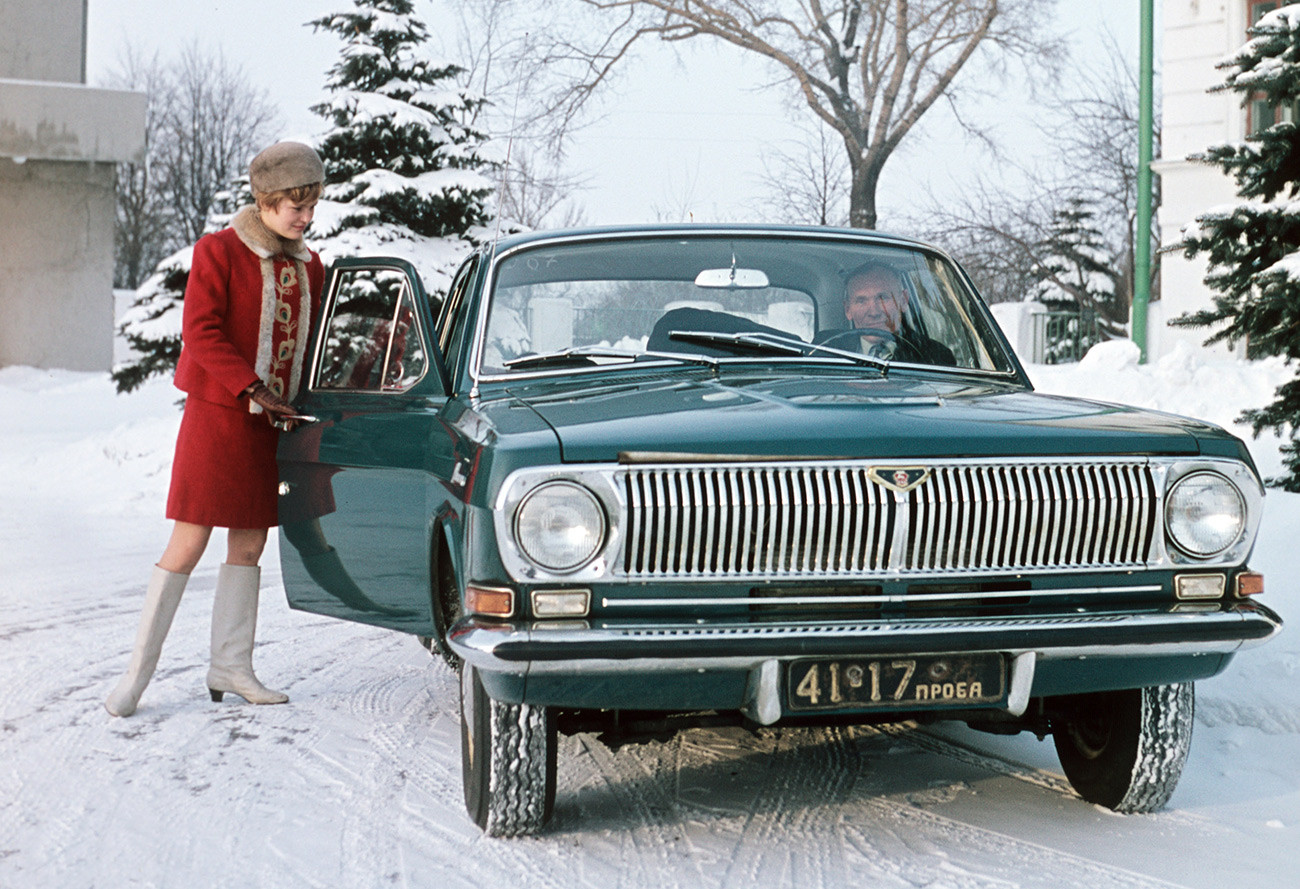 When the best vehicle you own can't be anything but Volga, there is no sense in showing off.

The Soviet Union was a country of modesty. It was frowned upon to care too much about money and wealth (plus, the majority of the population, except for the communist party bosses, hardly had any). There were things that were considered far more valuable than money – professionalism, for instance. “We didn’t treat teachers, for instance, as poor losers [like it often happens nowadays],” Natalya Smirnova says on the Russian analogue to Quora (TheQuestion). “Being a professor was like belonging to the nobility.”

Equality was a thing in the USSR: almost no one had much, but almost everyone had something. “Sure, there was an elite of sorts in the USSR – big officials, distinguished scientists, artists and so on, who enjoyed privileges, such as having a state country house at their disposal or an abundance of otherwise scarce products,” Olga Kovalevskaya wrote for Express Gazeta. “But the salary gap between top-managers and regular workers was not as big as it can be now.” 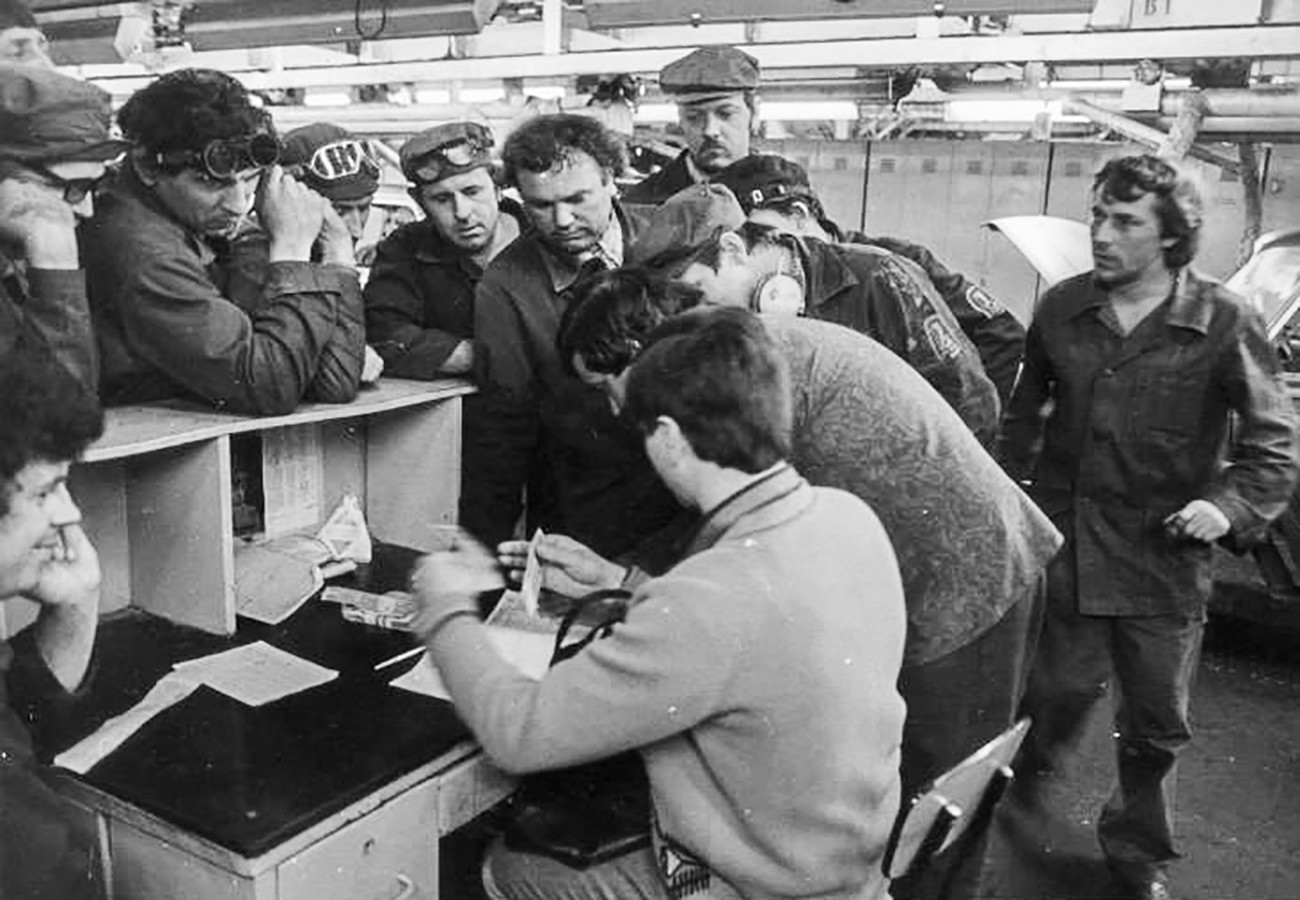 Soviet employees (quite irritated) on their payday.

Dark side:If we look at the statement above in a more realistic way, we’ll agree with another TheQuestion user, Daniil Prokhorov, who says: “Everyone could afford bad food and bad clothes.” Material wealth hardly existed in the USSR – at least for the majority of its citizens. And though basics were guaranteed, even those who worked hard could rarely rise above the mediocre level of consumption. So why should have one worked hard? Basically, that was one of the (many) reasons for the Soviet socialist economy eventually collapsing so dramatically.