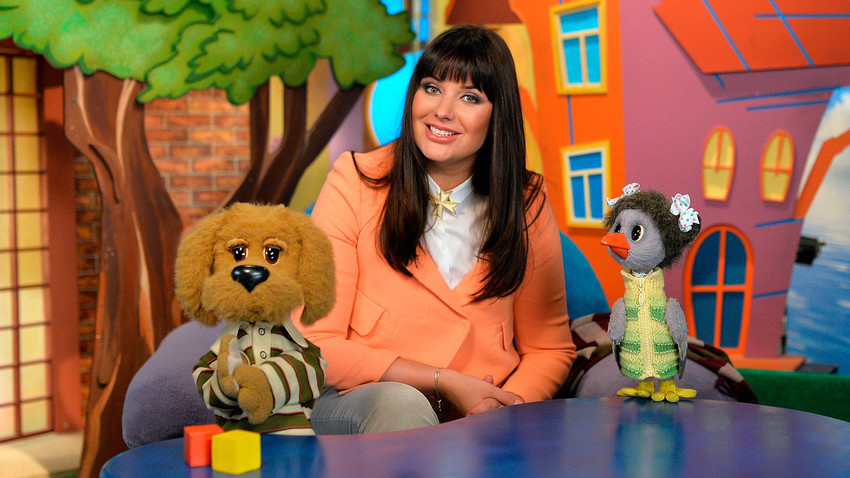 Vladimir Pesnya/Sputnik
In Soviet times, after TV-sets became accessible to everybody, Russian television was a forge of unique TV formats - foreign franchises didn’t make it to our shores until the 1990s. Here’s a curious list of those original Russian classics you’re not likely to encounter anywhere else.

The main idea of the show is that teams formed from different cities, universities and enterprises compete in their ability to make the audience laugh. The abbreviation of that popular Soviet and Russian TV-show stands for “Клуб веселых и находчивых” (Club of the cheerful and sharp-witted). It was broadcasted in 1961 for the first time, but after 10 years on air it was closed due to censorship. In 1986 it was revived and is still going strong.

Teams not only from Russia, but from former Soviet countries - as well as several other neighboring states - take part in different kinds of mini-contests in front of a small jury of entertainment celebs awarding them points. The show has a rich history, and has served as a nursery for numerous Soviet-born icons of entertainment - including the incumbent president of Ukraine, Vladimir Zelenskiy!

Having appeared on Soviet TV in 1975, this intellectual show quickly became very popular, and to this day remains among the most loved original ideas for a show in Russia. The rules were changing with the years, but the main concept remains the same – two teams, “зрители” (viewers) and “знатоки” (experts) compete against each other. The Experts attempt to answer tricky questions from clever viewers, with a minute allowed for discussion.

A massive crystal owl figurine is presented to the Expert team in case they answered more audience questions than they get wrong, while in the event of answering a question wrong, a viewer who sent it gets the sum of money that question has been valued at. Creators - and at the same time the show’s hosts - have always emphasized that, unlike other intellectual shows, this game is not as much about common knowledge and erudition as it is about intelligence and critical reasoning ability.

This program has important social significance. Being one of the most touching shows out there, it aims to reunite families, relatives and friends who have lost touch due to some of the most bizarre or tragic circumstances. Each episode of the program is bursting with  genuine human emotions and stories of miraculous reunions, helping viewers to always hope for the best. Behind the scenes, Sergey Kushneryov, former chief editor on the show, created a unique person-searching system on which the show was actually based.

Today it has turned into the national people’s search service with big support from volunteers and sympathetic people from all over the world. Since 2005 it has been  broadcast in Ukraine, Belorus, Kazakhstan, Moldova, Armenia and beyond. In 2018 the program won the TEFI - a prestigious award from the Russian Academy of Television, in the category “daytime talk show”.

(video in Russian with English subtitles)

The beloved Soviet-made show about environment and zoology is famous for two things – charming and incredibly kind TV-host Nikolay Drozdov, scientist and zoologist (left the show in 2018) and it's beautiful main theme“La peregrinación” (pilgrimage) by Argentinian composer Ariel Ramirez. The host - Drozdov - describes different kinds of exotic animals and their required survival skills while also chatting to famous photographers and travelers.

It was one of the first TV programs about animals in which they also took part - the host kindly speaks to snakes, porcupines and even elephants, visiting nature reserves and zoos. It also won the TEFI in 1996 as “the best educational program”.

(video in Russian with English subtitles)

5. Когда Все Дома/ When Everybody is at Home

Since 1992, host Timur Kizyakov visits Russian celebrities’ homes, drinks tea and discusses their personal lives in a very friendly and informal manner. The program used to have a lot of rubrics for lovers of  tinkering with household items and repurposing them (very similar to modern “5-minutes crafts” videos).

There is also a rubric about orphan kids that are looking for adoption hosted by Kizyakov’s wife. The show, likewise, received a TEFI twice as “the best educational program”.

The most popular Russian show for children was created in 1964. Watching it before going to bed was an everyday ritual for virtually every Soviet and Russian child. It has four main animal doll characters – pig Хрюша (Khrusha), hare Степашка (Stepashka), dog Филя (Filya) and crow Каркуша (Karkusha), as well as a (human) host. Together they  discuss a whole range of different situations and moral lessons.

The show ends with a popular animation excerpt. Later the characters had become so recognizable that they spawned their own games and books and various other merchandise.. The program was nominated for a TEFI three times as “the best program for children”.

That show prompts Russian teenagers to study well and gain new knowledge every day – that’s the only way you can take part in this TV olympiad. High-school students  from Russia and the СIS have to answer questions from creator and host, professor Yuri Vyazemskiy. Topics range from world history to social studies, world literature, political science, geography and beyond.

The main prize is an opportunity to enroll in one of the most prestigious Russian universities - MGIMO (Moscow State Institute of International Relations) for free and without exams.

Famous TV personality and doctor Elena Malysheva and her colleagues speak frankly about different illnesses and provide life-hacks on how to stay healthy, interacting with the audience in the studio.

The most amusing fact about the show is how Malysheva tends to dwell on the most uncomfortable health-related themes, often with the use of visual models of different organs and illnesses. This  makes for great comedy and has been memed to no end. (The show may feature things like dancing testicles or a singing uterus, or even an unusual circumcision )

9. Человек и 3акон / The Individual and the Law

This socio-political program has been on since 1970. The theme is current political, economic and social events, in Russia including special investigations and disclosures. The show often used to find itself in the midst of scandal, as it brings up a lot of details connected to tragic events or private lives of celebrities. For Soviet TV it was a unique and new format, depicting the work of law enforcement without embellishing daily reality, shooting true arrests, prisons and real crimes.

This is the newest of the bunch -  it has been running since 2015. One of the creators, Vyatcheslav Dusmukhametov, describes the show as “a Russian product, which cannot be summed up in any particular format: it is a quiz, an intellectual game, or a humorous family show”. There are two teams of two celebrities who compete in pairs against each other. Pushing the red button faster than the opponents, a team must answer logical questions for points. Can you guess what these three images have in common? 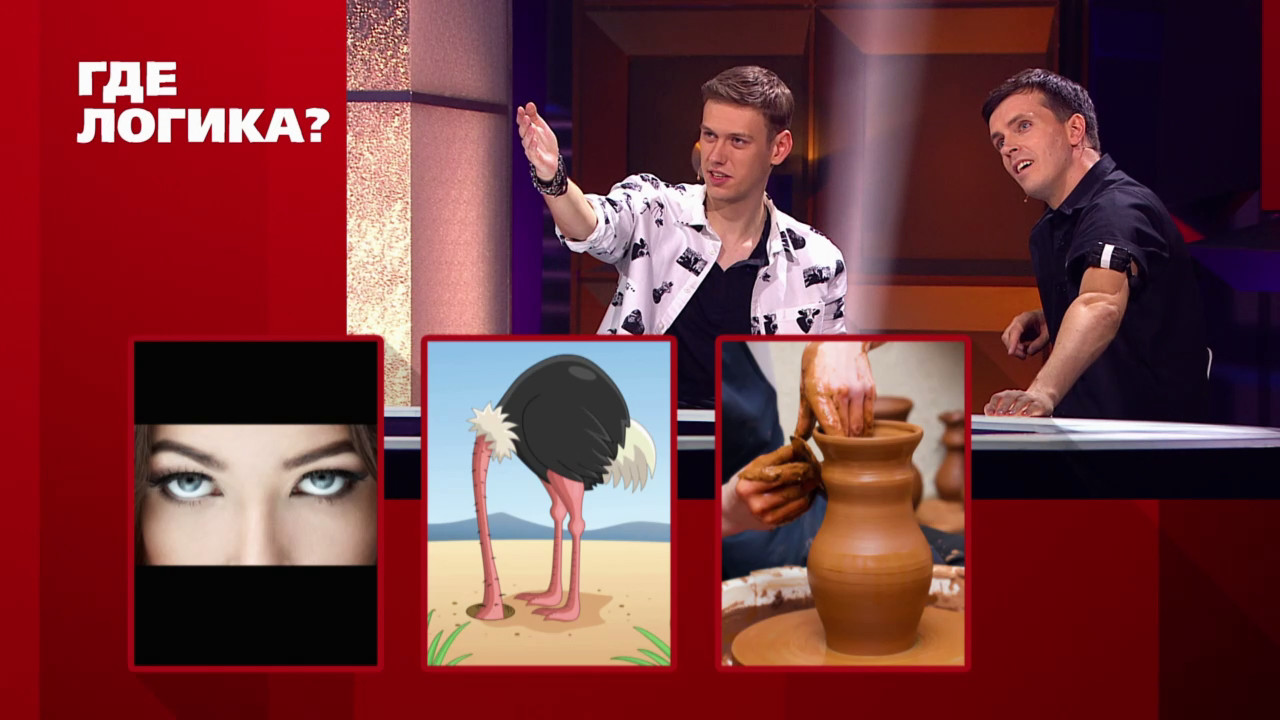