Aurus, the limo maker that supplies Putin, is making SUVs 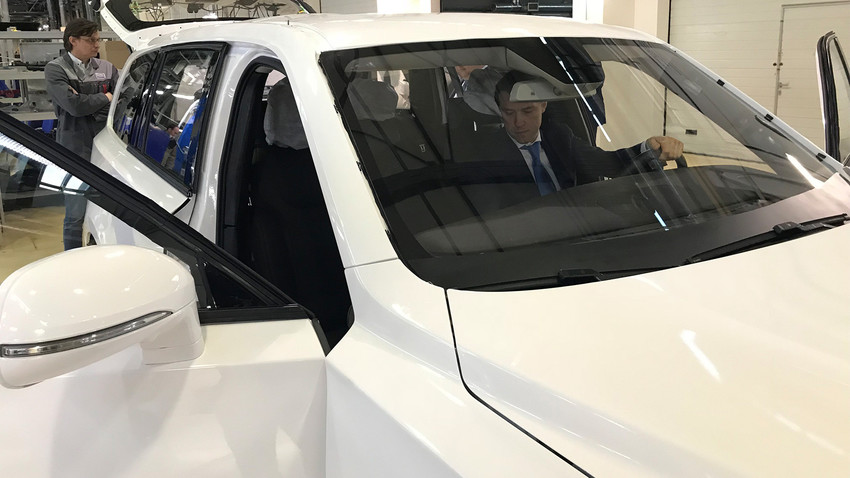 Minprotorg Russia
And it looks a lot like the Rolls Royce Cullinan.

It’s been known for a while that Aurus, the Russian car manufacturer that has been making President Putin’s armored limousine since 2018, has been working to design a SUV. And photos “leaked” to the press show the company had made some progress.

Aurus has already presented a Senat model, its limo version and a minivan. But it turns out the company has also secretly been working on a SUV version of the ‘Senat’.

These photos show a working prototype of the future SUV (Aurus Komendant) that is being tested, supposedly in Norway.

Meet the Aurus Komendant, Russia’s answer to the Bentayga and Cullinan: https://t.co/kiboPTJx4jpic.twitter.com/VXGDhlVmXE

It seems like the prototype is yet to be finalized, as the car’s tail lights are missing and the design of its dual exhaust system is not there just yet. However, the photos show that the car on the go, as opposed to previously published photos that only showed the car in a static position.

Although the car is not yet finished, these render images show how this classy SUV could look when it eventually hits the market. Surprisingly, it appears to be similar in design to the Rolls Royce Cullinan.

Aurus specializes in high-end luxurious automobiles that are aimed at the market niche occupied by brands like Rolls Royce and Bentley.

According to Alexander Mikhailov, head of the Aurus showroom in Moscow,, the Aurus Senat sedan is scheduled to go on sale sometime in 2020. However, exact dates on when the limousine and the SUV will go on sale have not been announced just yet.

In any case, start saving now!