Do men face discrimination in Russia? 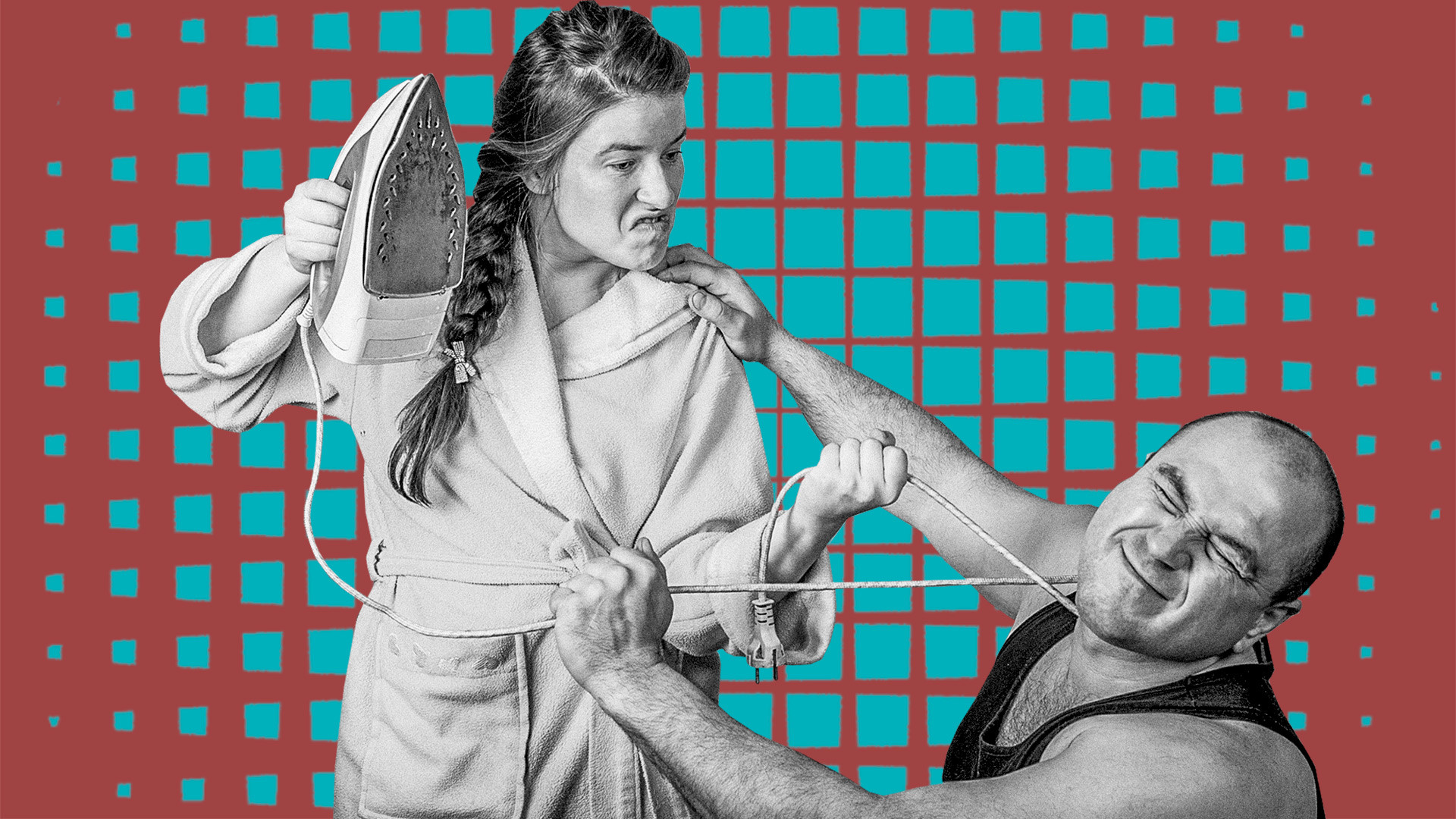 Legion Media
In Russia, it is customary for a man to pay for a woman in a restaurant, give up his seat on the subway, and generally spend a lot of time, money, and effort to earn her attention and approval. Some men consider this discrimination and are starting to assert their rights.

“I don't want a family anymore. I don’t want children. My own experience and analysis of what’s happening around has sapped all my desire. The rose-tinted glasses have come off,” says 37-year-old Sergey Gerasimov, a logistics expert from Moscow.

Sergey is a member of the “Male Movement” online network of communities, which became popular four years ago. Men use the platform to condemn mandatory conscription, alimony, and their later retirement age (Russian women retire at 60, men at 65). They see all this as discrimination against men and attend rallies demanding the end of alimony payments and army conscription, plus the introduction of a law allowing children to remain with the father after a divorce. 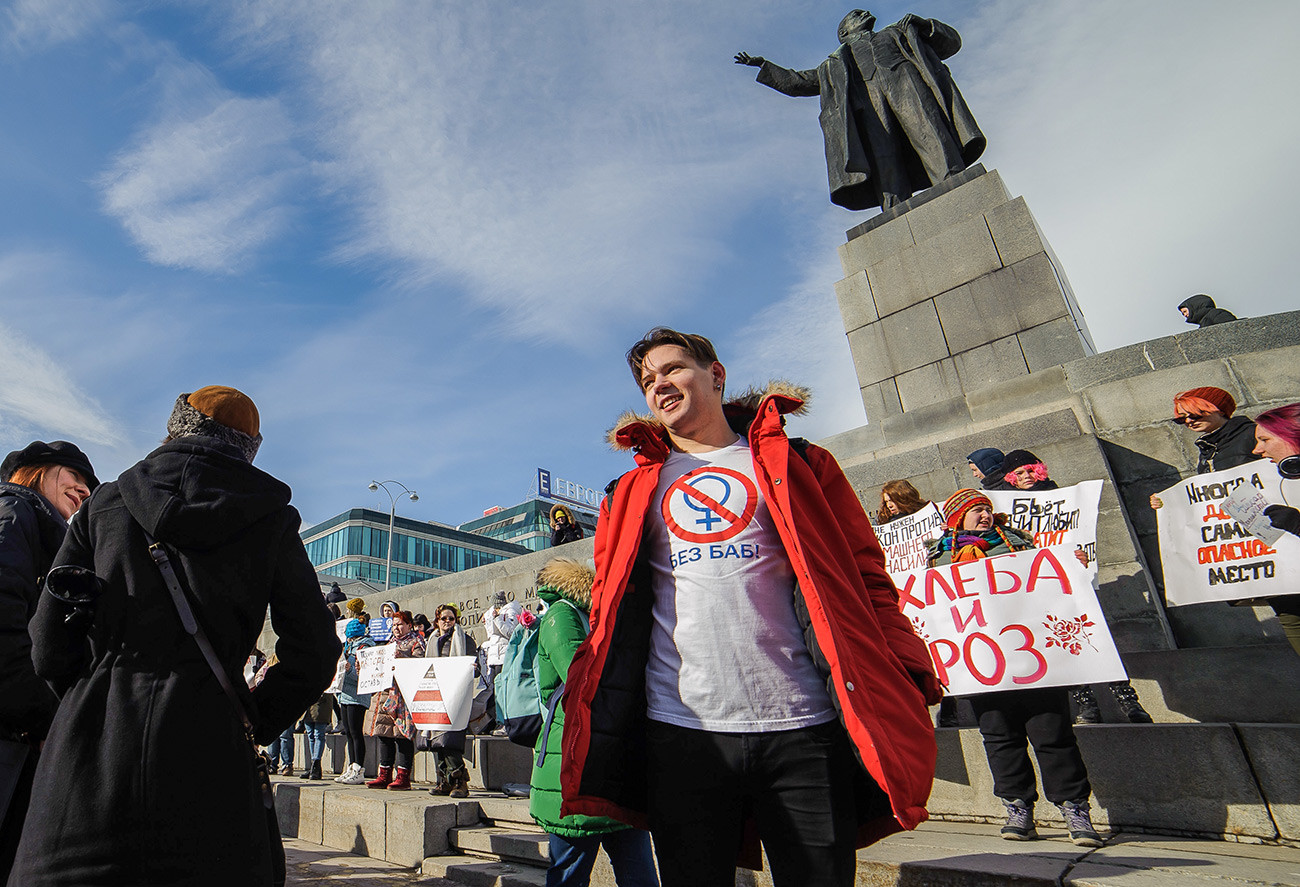 A meeting of feminists in Yekaterinburg

Although there are no specific statistics on gender discrimination in Russia, there is some indicative data: Russia is a global leader by number of women in positions of power, yet men on average earn a third more. Security Council Deputy Chairman and former Prime Minister Dmitry Medvedev in March 2019 acknowledged the problem of gender discrimination, saying that women still encounter a glass ceiling in the workplace. A poll by the Russian Public Opinion Research Center (VTsIOM) suggests that 68% of Russians would not want a woman as president.

So do men face discrimination in Russia, and in what way is it manifested?

Female upbringing and an army of slaves

Sergey Gerasimov was married for five years until his wife filed for divorce.

“She always listened to her friends and life coaches about how to bag a knight in shining armor. Her head was in the clouds, but she was a very good person — perhaps the best woman I’ve ever had in my life. I predicted that she’d try to come back when her new lover boy gave her the boot. Women are all like that,” argues Gerasimov.

Sergey joined the Male Movement 18 months after getting divorced. He is keen to stress that it was not the experience of divorce that altered his worldview. He simply woke up one morning and realized that men in Russia had been oppressed for many years.

In his view, it all starts in childhood, when mother and grandmother lay the foundations of matriarchal thinking in the future man’s mind.

“At school, I saw how some girls physically attacked boys, and the latter had no response, because from an early age they are told that if a man hits a woman he’s not a man, but a piece of biowaste,” Gerasimov recalls.

Sergey considers compulsory conscription into the Russian army to be “legalized” discrimination against men. While girls can study, relax, and make plans for the future, men become “slaves” for a year, he opines. What’s more, he believes that boys who (sensibly) avoid army service are excluded from the “real men” category in the eyes of women. 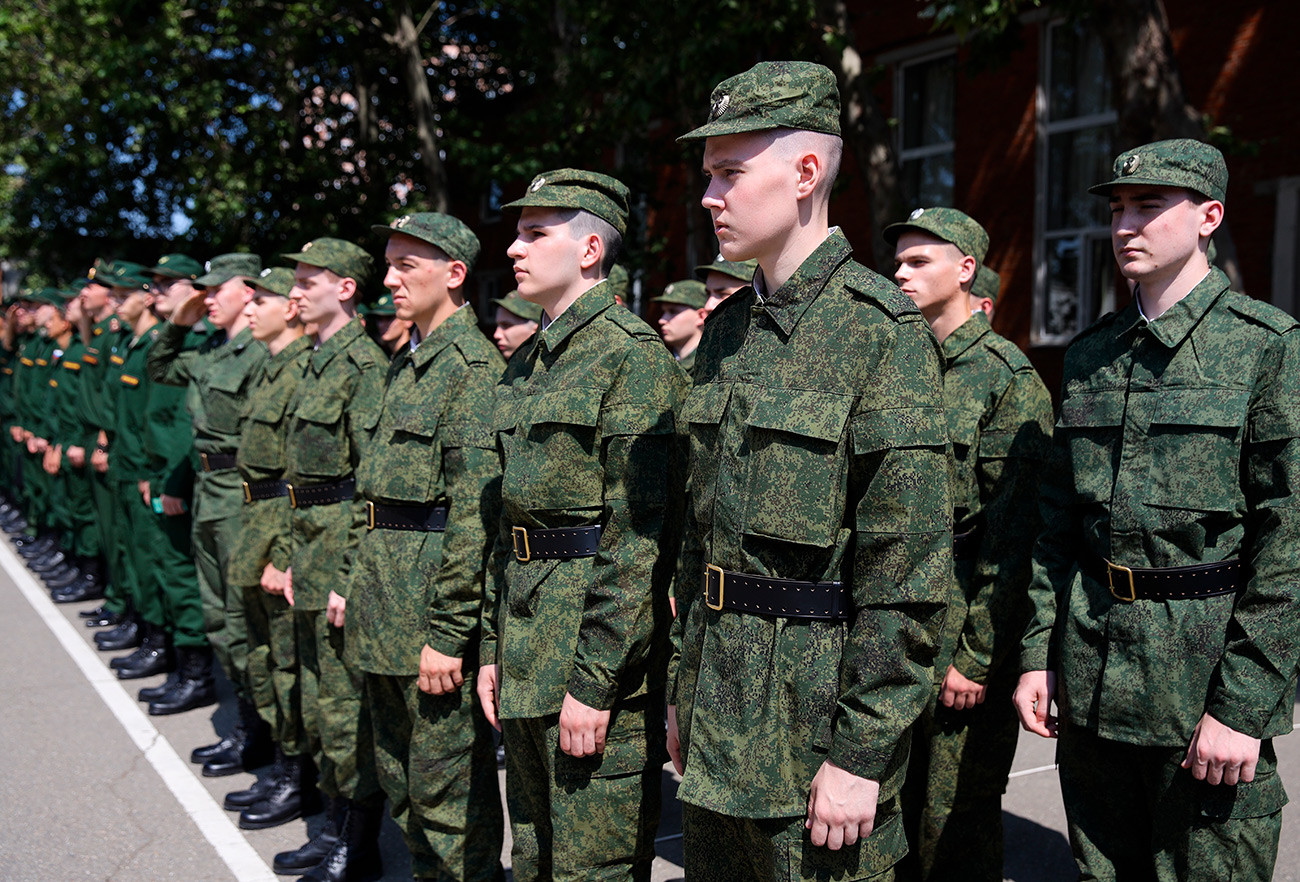 Another form of “legalized anti-male discrimination” in Russia is the right of a woman to have an abortion without the father’s consent or even knowledge. According to Gerasimov, in Russia the concept of fatherhood does not exist at all.

“In Russia, everything is focused on women. There’s ‘maternity capital’ [a one-off payment for giving birth] and benefits for single mothers. There is no ‘father’ as such, only a person who is ordered to pay child support after divorce. At the same time, the mother poisons the child’s mind against the father, and shacks up with a new boyfriend, who gets drunk and abusive. It happens so often,” explains Gerasimov.

In his opinion, Russian lawmakers should replace maternity capital with a joint payment for the wife and husband (men too can get maternity capital in Russia if he has adopted the child or the mother has died or lost her parental rights) and scrap the division of property in the event of divorce.

On July 18, 2019, a new announcement was heard on some trains in the Moscow metro, urging people to give up their seats to the disabled, the elderly, passengers with children, and women. Previously, the announcement had mentioned only pregnant women. Muscovite Nikita Orlov considered it to be discrimination, and started a petition to have it stopped. The petition collected 2,174 signatures.

“No one has ever given up their seat for me, except perhaps in childhood, although I get tired too. Is that fair?” says Alexander, a 29-year-old product analyst who also took exception to the new announcement. 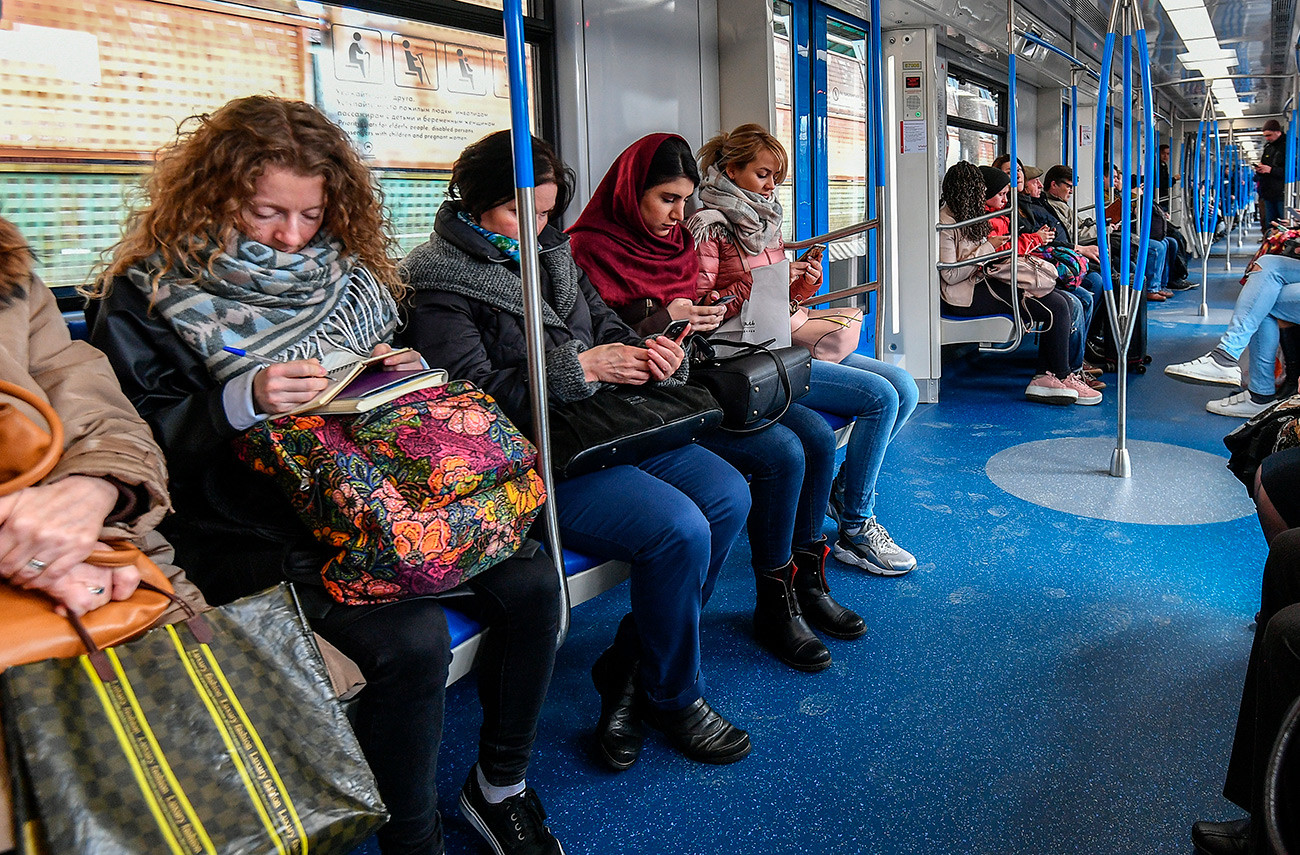 Women in a Moscow metro

In his view, a man is fully entitled not to pay for a woman in a restaurant if he does not wish to. Moreover, he says that in Russia women are now free to enter traditionally male professions (in August 2019, the Russian Ministry of Labor published a new list of jobs off-limits to women, with the number decreasing from 456 to 100). “Although there is no such list for men, a man who wants to become a manicurist or waxing expert will be condemned by society and branded a homosexual,” explains Alexander.

Anatoly, a 24-year-old student, is also indignant that men have to do all the work when it comes to attracting women.

“I have to chase after her, spend all my money, own a car and an apartment. And that’s only to get her to look at me, never mind any kind of sexual contact. But she doesn’t have to do anything, simply choose who she wants. That’s brazen discrimination if ever there was any,” Anatoly is adamant.

Pressure on men and women

Meanwhile, 33-year-old Nikolai, who sews custom-made clothes, is sure that there is no discrimination in Russia.

“Everything that might seem like discrimination against men or women is actually just a counterbalance. Men have one problem, women have another. It’s all harmonized and logically grounded, people just need to listen and understand each other better,” philosophizes Nikolai.

Ruslan, a 22-year-old dentistry student, believes that only men “ill-adapted to life” complain of discrimination. 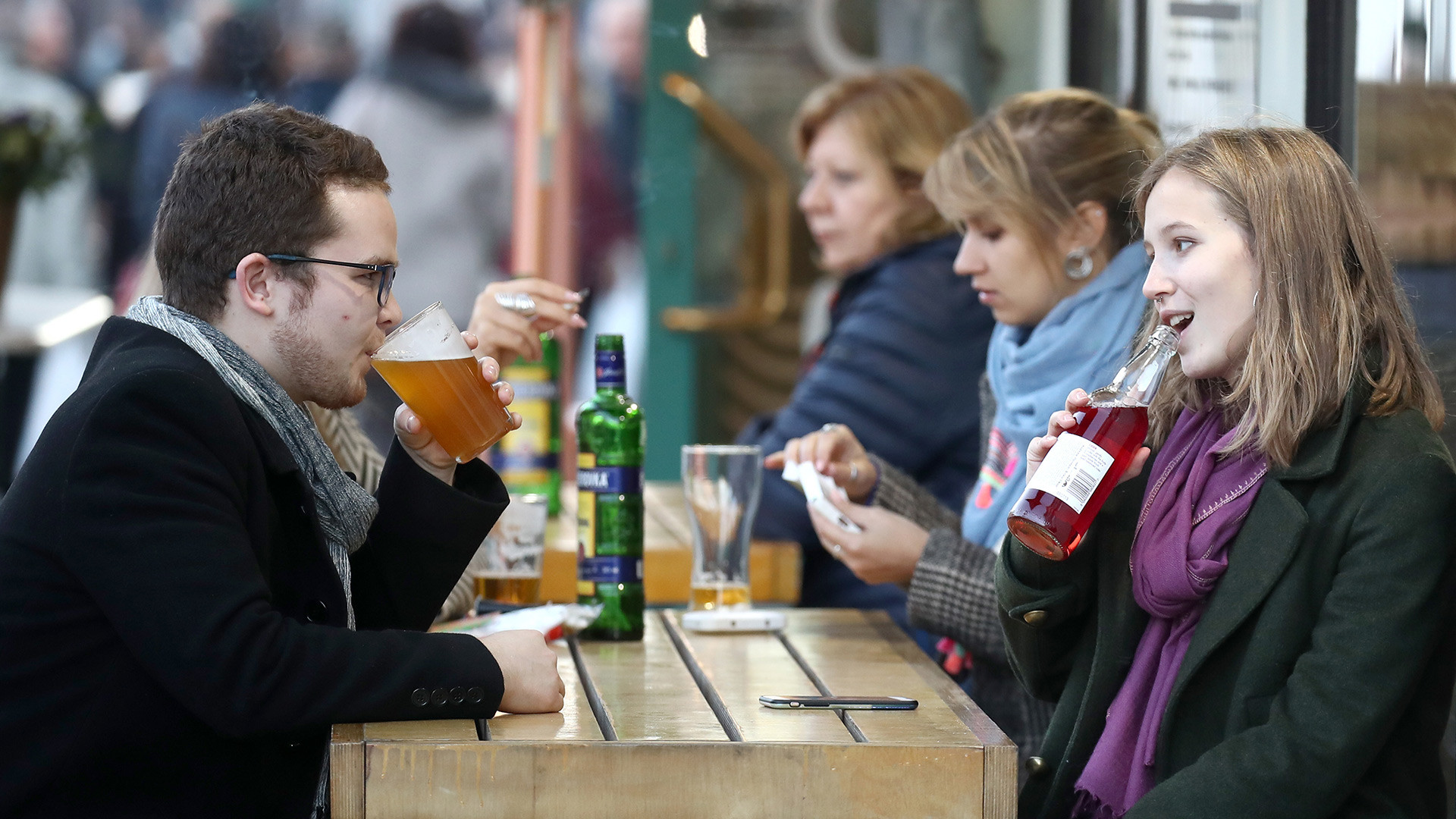 As for conscription, he points out that the army was created by men, so it’s basically “men discriminating against themselves.”

Sociologist Irina Kosterina is likewise sure that anti-male discrimination does not exist in Russia, as women have never consciously limited men’s opportunities.

“Logically, ‘evil’ women would have to get together and deliberately decide to oppress men by sending them to the army, for example. These same evil women might also say: ‘Let’s make it so that a man’s sole purpose in life is to be a father and husband, otherwise he’s a failure and we will despise him.’ But no, it’s not women who send boys to the army — it’s the state and that's mainly controlled by men,” she says in an interview with The Village.

In the words of Kosterina, Russia is now at the “neopatriarchy” stage — women have power and rights, but are still restricted in some aspects.

“Female resistance to patriarchy is dubbed ‘women’s empowerment’ by some researchers. It’s when women use manipulative tactics to achieve their goals, because they cannot exercise their power as openly as men. But such manipulations cannot be called sexism,” the sociologist believes. 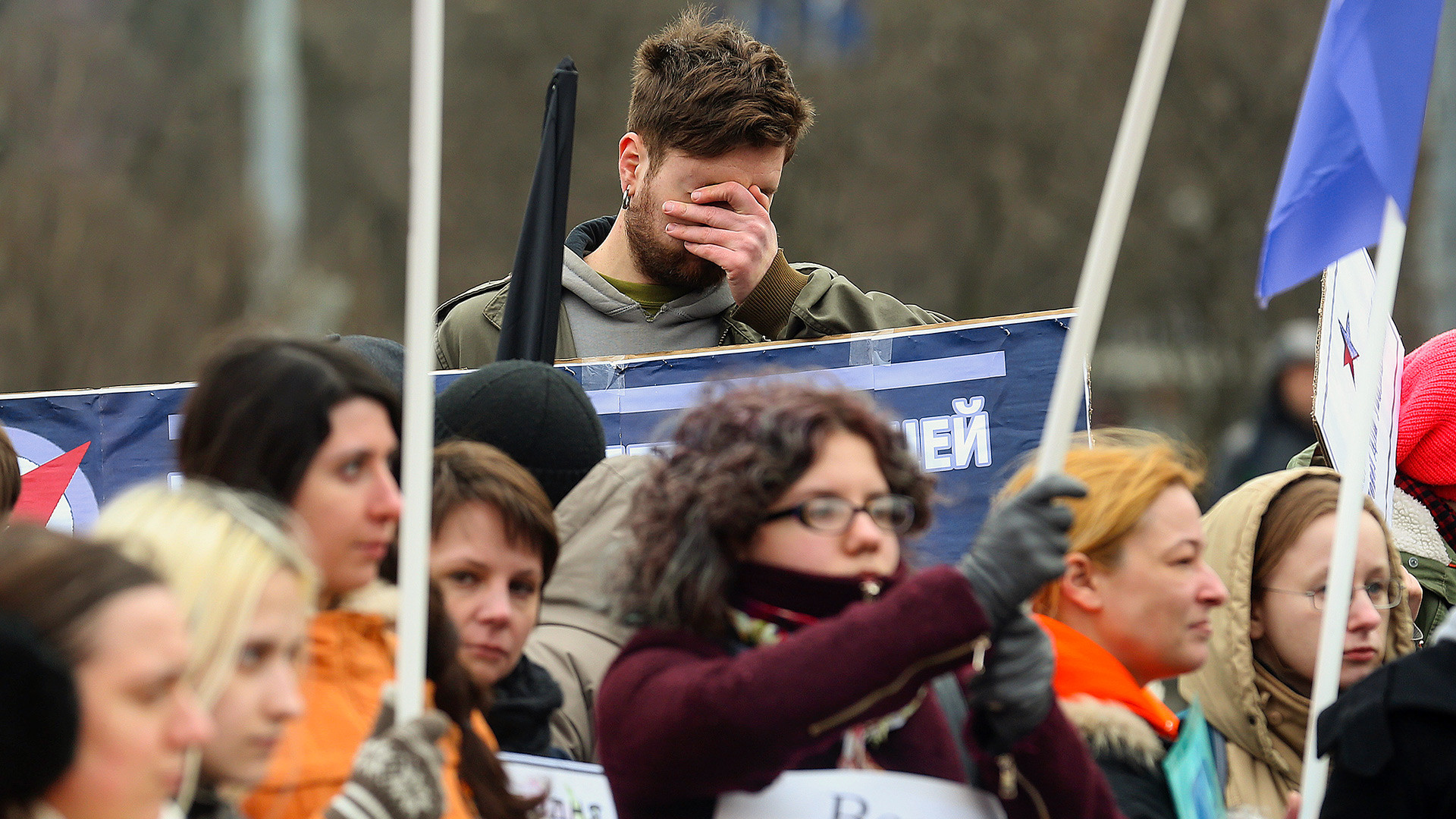 For her part, family psychologist Maria Mikhailova believes that discrimination weighs on both men and women, and that men's movements arose in response to the spread of feminism in Russia.

“For example, society dictates that a woman should be able to cook and clean, and a man fix things. Public opinion often prohibits men from crying or expressing emotions in some other way, and deems some professions to be female-only,” Mikhailova says.

She is convinced that men and women should not seek to infringe the rights of the opposite sex, but rather talk about each other’s issues and highlight cases of gender-based discrimination.

“Such an approach will help people understand that men and women are both, first and foremost, human beings, and that we differ far less than might seem at first glance,” the psychologist asserts.