From personal experience: How I was tested for coronavirus 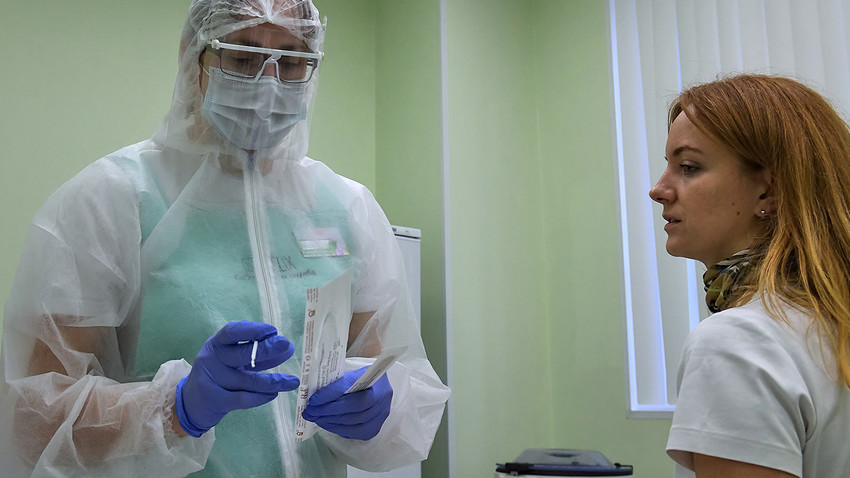 Alexei Danichev/Sputnik
Who gets tested for the new coronavirus and how is it done in Moscow?

Yulia, a Moscow resident, flew home from Switzerland on March 17, and she recalls her experience. “We were not allowed off the plane until a virologist came on board and took everyone's temperature with a thermal camera," she recalls.

All international flights to Moscow's Sheremetyevo Airport were directed to a dedicated terminal, so the line at passport control was enormous. “All passengers were divided into two streams: those not from Moscow were allowed to pass through and were told that they would be contacted by their local doctors. Muscovites, however, were tested right there, before leaving the airport. Each doctor sitting at a long table had two tubes: one for a swab from the nose, and the other for a swab from the throat.” 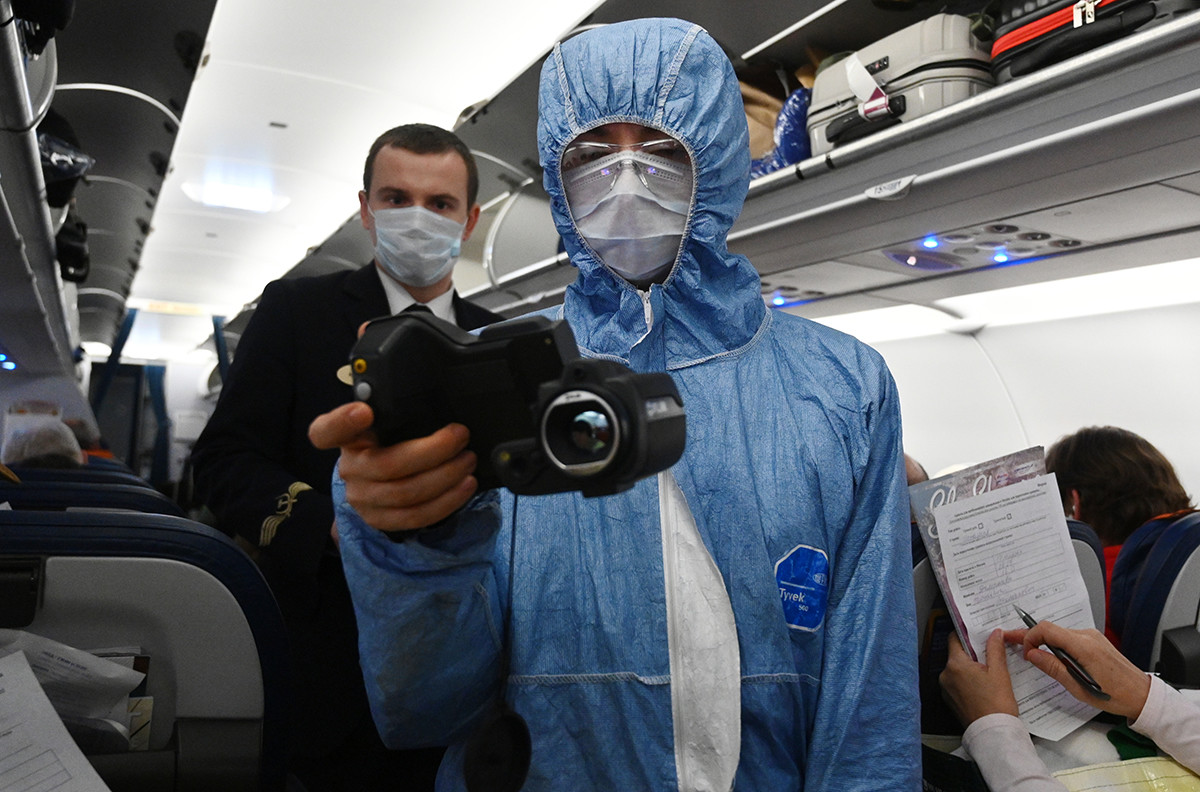 At the Sheremetyevo airport.

Three days later, Yulia was told that one of the passengers on her flight had tested positive for the coronavirus and that she should stay at home. “I was sitting at home anyway, complying with instructions from the authorities. I did not require a sick-leave certificate since our office had already switched to remote operation. However, I had a bit of a cough yesterday and I already was in a panic,” says Yulia.

She got her test results on March 25 via e-mail: they were negative. “Then I got a call from my local clinic: they asked if I was at home and said they'd come to take a second test. They are due to come today, on day 10. So here I am, waiting,” she says. If the second test is negative, Yulia will be allowed to end her self-isolation on March 31.

Does one get tested if they have not been abroad?

Natalya Grebenyuk, also a Moscow resident, was tested for the new virus after she called the ambulance when she suddenly developed a high fever.

“I came from work with a temperature of nearly 39 degrees Celsius, and I was feeling so bad that I decided to call a doctor," says Natalya. "The first thing they asked was whether I had recently been abroad, and I said 'No'. Then they asked if I had been in contact with someone who had recently been abroad. One of my colleagues had been to Europe for the March holidays, and that was probably why they decided to test me.” 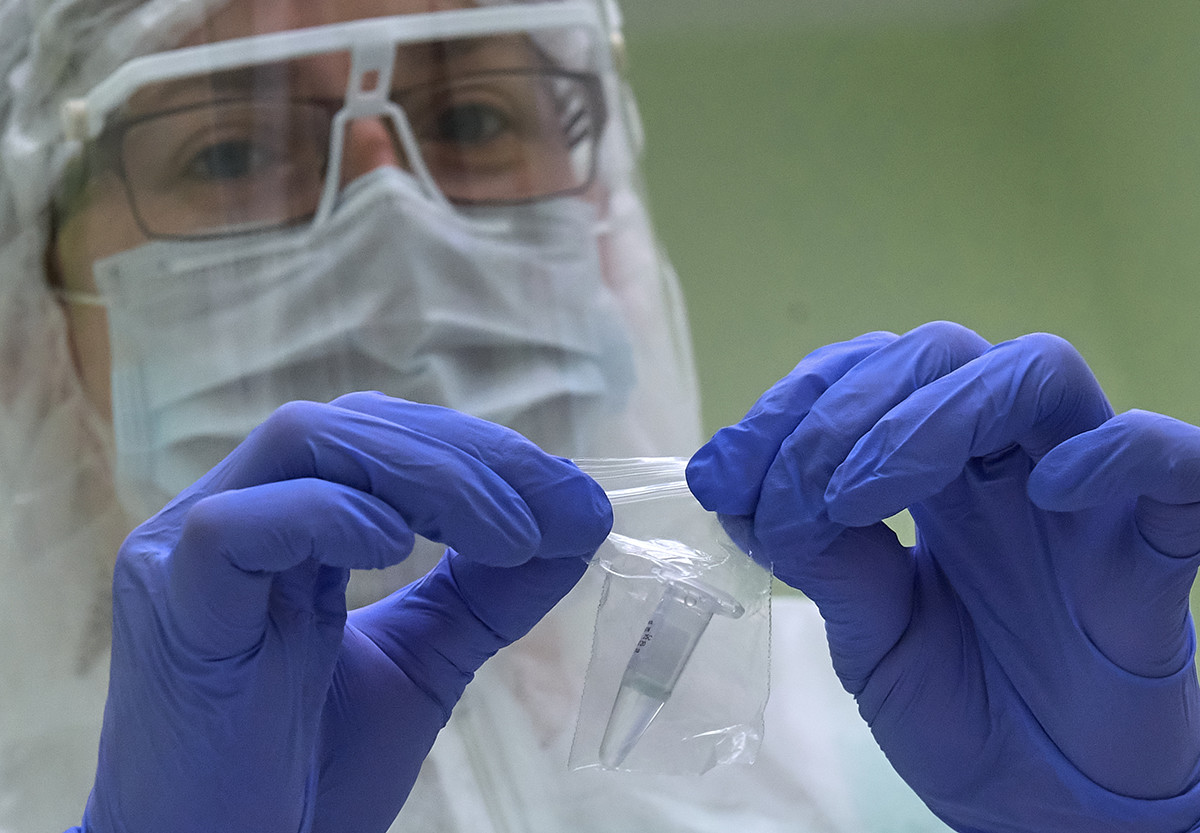 A doctor arrived in an ambulance and took a nasal swab. “They emailed me the result five days later,” says Natalya. Fortunately, it was negative. “They said I had an acute respiratory viral infection.”

Natalya is currently on sick leave: the official certificate allowing her to miss work was issued remotely. However, when she went to her local clinic to get permission to return to work, the doctor said she could not yet return to work and should be quarantined at home. "Yesterday, I got a call from Rospotrebnadzor, and they asked how I was doing and whether I was staying at home," says Natalya. "They told me to self-isolate at home until April 4.”

Is it possible to get a test in Moscow without a doctor's prescription?

Currently, coronavirus tests prescribed by medical authorities are analyzed in laboratories in Novosibirsk and at Rospotrebnadzor's anti-bubonic plague center in Moscow. Tests are given to Russians who were abroad, as well as to those who were in contact with such people. To ensure better accuracy, tests are done two to three times, depending on symptoms. 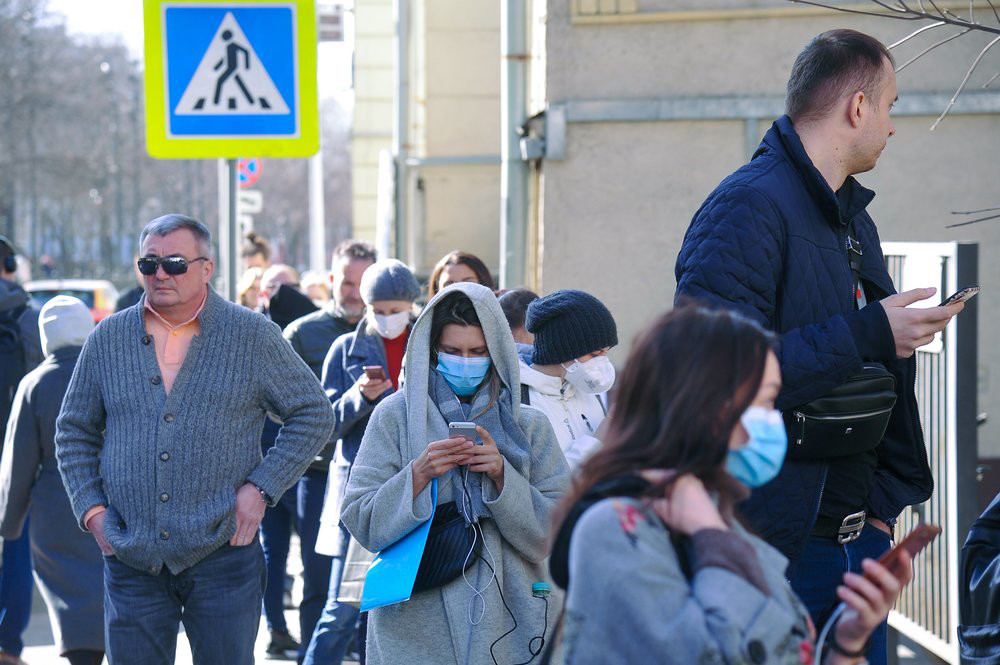 The line to the Gemotest center.

At the same time, several private laboratories are offering their own express tests. A company called Gemotest offers the test in Moscow and several cities in the Moscow Region (the test costs 1,900 rubles, or about $24). Also, a company called Helix offers the test in Moscow, St. Petersburg and Yekaterinburg (the price is under 1,000 rubles). Both companies promise results in a couple of days. The procedure takes five minutes.

“Tests are done only on asymptomatic patients, that is, those whose body temperature does not exceed 37 degrees Celsius and who do not have obvious symptoms of an acute respiratory viral infection, as well as clients who have not been abroad over the past two weeks or in contact with people who were abroad,” said a spokesperson for Helix.

Both laboratories got their test systems from the Vector Center in Novosibirsk and are accredited by Rospotrebnadzor. They do PCR (polymerase chain reaction) tests, whereby samples are checked for the DNA of the virus. One test takes 8-12 hours to analyze. Moscow labs say they can conduct 2,500 to 3,000 tests a day. Elsewhere in Russia's regions, private centers are also preparing to launch coronavirus express tests in the coming weeks.